It's a my buttonbox

Massive kick!
I've got some problems with Unified Remote

. I've installed the latest version of the server and app, but I can't control the truck ingame. Only the mouse function works. I tried different install options, but with no result. I tried the app on my iPhone and iPad, but no results.
Unified Remote won't even works in other games, so I think is an adjustment in the pereferences? On my Mac the app/server and ETS2 button box works.. Does somebody has an idea?
Top

I have no idea. But if the mouse works, there is communication between the app and you PC. But what specifically isn't working? The keyboard on any software and game?
Last edited by Mohegan13 on 23 Feb 2019 09:55, edited 1 time in total.
Reason: Quote removed. Don't quote the post directly above.
ETS2 Virtual Button Box, for Android, iOS & Windows Phone,
Windows, Mac OS and Linux distros. Click to learn more.

My profile at worldoftrucks.com
Top

I tried a few pc to android button boxes and many did not work for me and others required $$$.

Setup on pc and use browser on android.

On my old Android 4 tablet 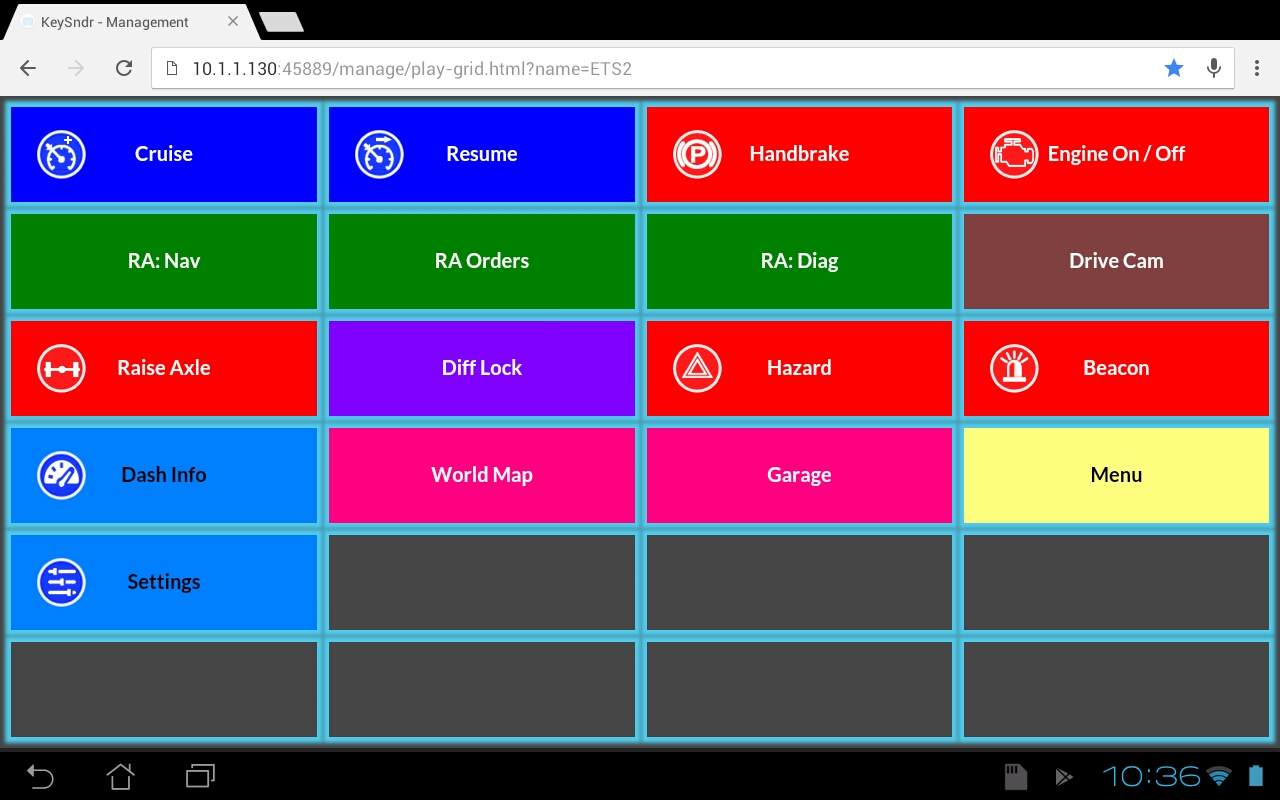 kokkie20
Can you help me with this? ets 2 button box I would be glad if we throw video on android phone or tablet

My profile at worldoftrucks.com
Top

Setup on pc and use browser on android.

On my old Android 4 tablet

Got the images from one of the posts in this threads

OP has a link to your alternative now <3.
One note, it's a server, a 5 years old server solution, running on your PC, so, there are probably security issues involved. I wouldn't worry that much about it, we're all probably just regular Joes here, but I think it's still relevant mentioning it.
ETS2 Virtual Button Box, for Android, iOS & Windows Phone,
Windows, Mac OS and Linux distros. Click to learn more.