by Serialk1llr
Hey gang, hope this is the proper subforum to post this question:

Background: I'm running a Thrustmaster TH8A with a 18spd shifter that works properly in ATS & ETS2 with no issues. I normally run the Freightliner FLB with a 18spd Eaton Fuller transmission in ATS, which supports the h-shifter style nativly.

I have been trying to run this same setup in ETS2 - same truck, same engine, same transmission (thanks to all the awesome modders), but ETS2 doesn't have the option baked into their shifter layout for eaton fuller style transmissions (see screen shot below of the shifter setup options from ATS). Anyone know of a way to somehow import this function over by tweaking a config file or something handy, or maybe some mod I've never heard of that puts this option into the settings of ETS 2? I can get a similar experience now but the shift pattern is not the same and is a bit wonky. 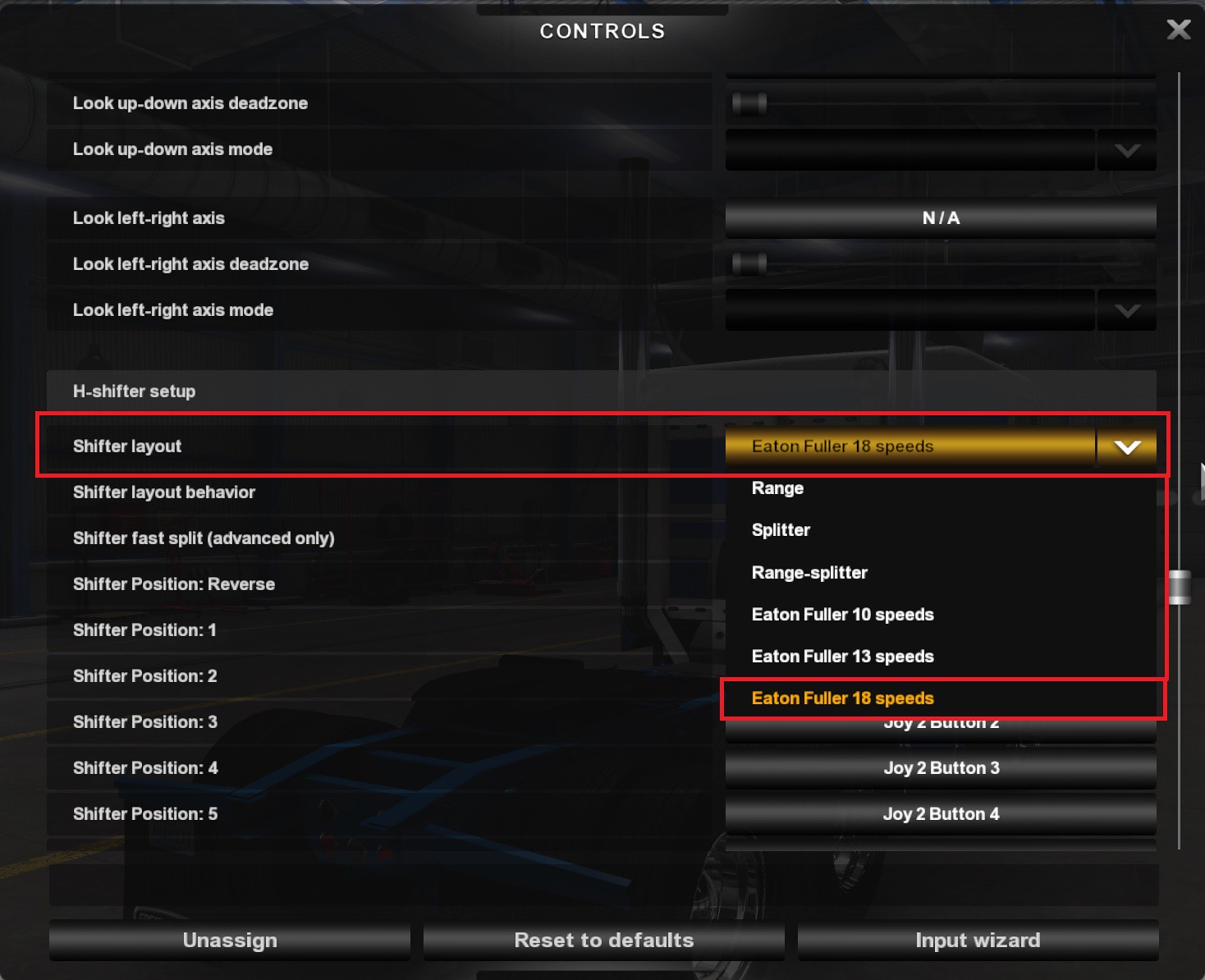