Forum rules
SCS as a company do not wish to have paid mods on this forum. While we understand that not all paid mods use the Intellectual Property of other companies/people, it is very hard to moderate what is and isn't acceptable when money is involved. There are also concerns that it could look unfavorable to potential work partners going forward if SCS allow mods that may potentially use unlicensed branding.
Posting in the Mods forum (ATS and ETS2) is restricted to sharing free-to-the-public mods and providing support for mods. For more details, please check chapters [4] and [5] of Forum Rules.
Post Reply
11 posts

i've got a good idea. I'm a Czech living in the Netherlands for years already.
A very big fan (nostalgy?) of Czech made machines. Collecting models of almost everything about Tatra, Praga, Liaz, Karosa and Skoda.

Well, i will realy love to see LIAZ, one of the most used truck's ever in that area, being a part of my fleet. And yours too, if you like it. Just reminding me on the good old days, when my father was driving it.

I'm not a modder and i never will be. Not my cup of thea. If you need good sound for your party or band, then im the right guy. Each one his own qualities...

There was a LIAZ mod somewhere released earlier, but that was crap. Bad quality.

I will pay the price of 100 € to the one, who comes with the best LIAZ and releases this in to the wild, so that anyone can have pleasure of that.

Well, there are some criterias, before i will do release that price.

1. The graphic of in and outside of the truck must be finished. No freaking Mercedes dashboard in a LIAZ truck or things like that. It will be a LIAZ in its full parade. No any issues.
2. The sound will be good. It will sound like a LIAZ, not like a Scania or Iveco. Again, no issues.
3. It will be skinable with the standard in game skins.
4. The physics will be right, on the same level, as other trucks in the game.
5. It would be published, so that anyone can download it and play with it.
6. I'm the only one, who choose the winner. No any discussions about that.

And, to avoid irritation in this topic, NO DISCUSSIONS ABOUT THE PRICE!!!
This is, what i can release to motivate someone to do this job. I'm not a millionaire, i'm just a hard working man, as the most of you and it is a lot of money for me.
I'm not buing anything here, just giving the opportunity to get some extra and motivate, with as main goal enjoyment for every trucker playing ETS. It's a free will and i will not answer any bullshit about good or wrong.

The end date of this challenge is 30 april 2015. That is 5 months time to finish this. That looks fair enough to me.

P.S. just to give an idea, this is the type of truck, i have on my mind. 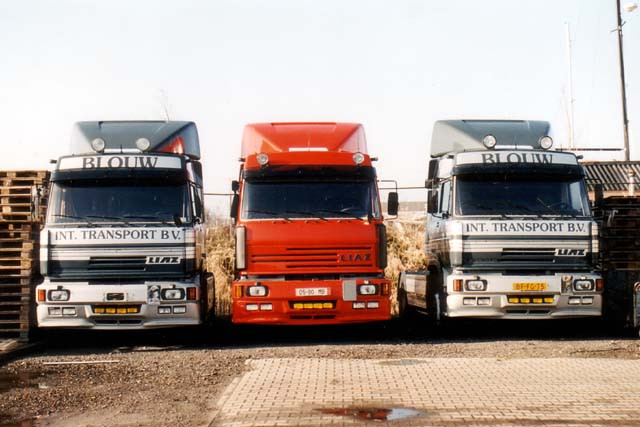 too bad my mod skill only limited on making skin

my screenies and WOT
Top

The end date of this challenge is 30 april 2015. That is 5 months time to finish this. That looks fair enough to me.

oups sorry, guess i missed reading that part..
ETS2 isn't a game, it's a hobby!

my screenies and WOT
Top

Never too old to learn...

Hmm 5 months to build a totally differrent from any other ingame trucks with it's own interior, custom animations and SCS basic skin support? Well good luck with that mate o_O

Someone with years of experience could pull this off but I doubt it. Anyway, good luck to anyone who enters the contest

EDIT: Sorry but what's the guarantee for the reward if someone does come up with the truck?

It's very difficult to give a warranty on internet, i know.

But, if you just follow my profile on this site, and do a little research, you will find out, who i am, where i live and even my phone number in about 5 minutes. So, I am not any fake dude, but a serious person, who do not want to ruin his name and even company owned, by making some stupid steps on the internet.

You just have my word on that and that's, what matters. Mischa's word is a warranty.

I could pay the price thru a international banking transfer or thru PayPal. Depends on the one, who will receive.