Joe wrote: ↑
27 Feb 2018 15:07
Agree will just have to wait and see how it pans out. And you don't need to be sorry at all, you have a right to express your opinions and what you think it should be like everyone else does.

by WerewolfCustoms
As it is already stated, using the existing map is a huge plus. Also, there are map expansions that already exist.
How would you handle map in a separate coach game, if you were SCS? Would you include all map expansions as a base map? ETS2 fans could feel betrayed, since they had to buy those expansions, and Coach fans would get them 'for free'. Other option is to have the exact same DLCs for the Coach game, but a lot of players would see it as a cash-grab move from SCS - selling same content twice. (Option here is to give Coach map DLCs for free to people who own ETS2 DLCs, but that could complicate things too much.)

Best would be to put coaches as DLCs in ETS2/ATS, and have passengers as cargo. You'd still just drive a big vehicle from A to B. Also, this would be a great possibility for SCS to upgrade the base map and include it as a part of the Coach DLC. And, maybe add a multi-point delivery system to the game, for coaches and trucks. Also, I believe, from the get-go, there would be only a couple of coaches to drive, so that really isn't a standalone game worthy.

Of course, all of this is just my opinions. I could be waaaay off on all points stated.

by Etrusan
DLC makes much more sense. As Werewolf above pointed, map is ready/almost ready to go, only thing missing is the framwork for people/tickets.

I was thinking about it a while ago and I came up with nice starting point (at least from my point of view). Now keep in mind that it won't happen because:

1) SCS doesn't have that many resorces to spare.
2) It's focused only on very few countries as a starting point and I'm pretty sure it would make people angry that X is in the game while Y and Z is not.
3) Going full circle to the first reason.

You would start up with something old (like Karosa C7xx) and would be allowed to drive only in the eastern block because, I don't know, emission limits or something. You'd work your way up to better vehicles and new countries as the result.

Honestly, the absence of the bus framework is still keeping me developing for OMSI2, even tho ETS2 engine has way better AI, graphics, optimization and what not. Just my $0.02.

by Reinhard
Well, it could even be done both ways: Both would share all assets of ETS 2 that would make sense. The map, the AI, the whole outside world. This approach would be more of structuring, organizing and packaging than anything else. Well, the UI for the standalone game would be a bit different.

by Vini
Has long been forgotten this ''simulator'' or his ''expansions''...

by oggich
Nah, i would like to see it as a DLC.
Because we have Temsa Opalin small buses already in-game.
Just utilize them as buses in DLC and everything is o.k.
My vision for the DLC is this;transporting your self(in-game player M or F) to another city(owned garage) to hop into your trucks and deliver goods.
Then,if you feel like it,hop on and drive or take a trip as passenger to other cities with garages,buying,selling as you see fit. Get to dealerships by buses,to hotels with parked trucks.
Like in Farming Simulator,we start by walking to our tractors and equipment,right? Implement same principle to ETS2 and ATS. 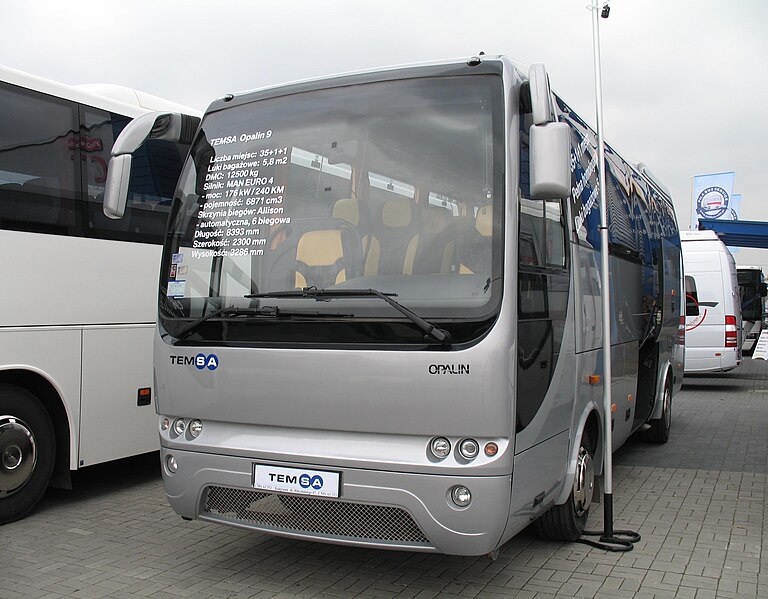 And i believe that Temsa is under MAN brand,and we already have MAN trucks in-game,so no licencing issues.

by Ptterz
I sure would love to see this happening really soon, DLC or a separate game. Though a DLC sounds like a better way to go. I always wondered about those bus stations etc.

I wonder what at they planing , BUS simulator and ETS2 map or a dream stuff like BUS DLC .

I would go more for the latter. The Bus DLC, because, I think they realised that it's a bit harder to release a Bus Simulator along the way with ETS2 and expect the same profit margin. With a Bus DLC that KPI expectation is more realistic.

Yeah;about the Bus DLC; Can someone explain what you guys had in mind? Ownable/Drivable buses or just AI buses stoping at stations and bus terminals in cities? My idea is the bus as cargo. Currently only as mod 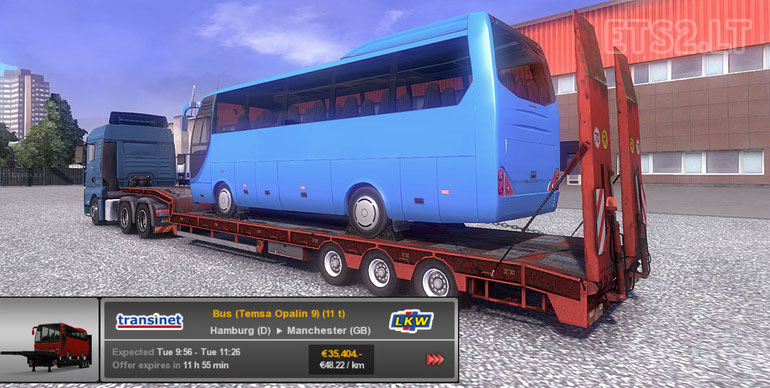 And in the matter of cargos;since we have ATS available;this 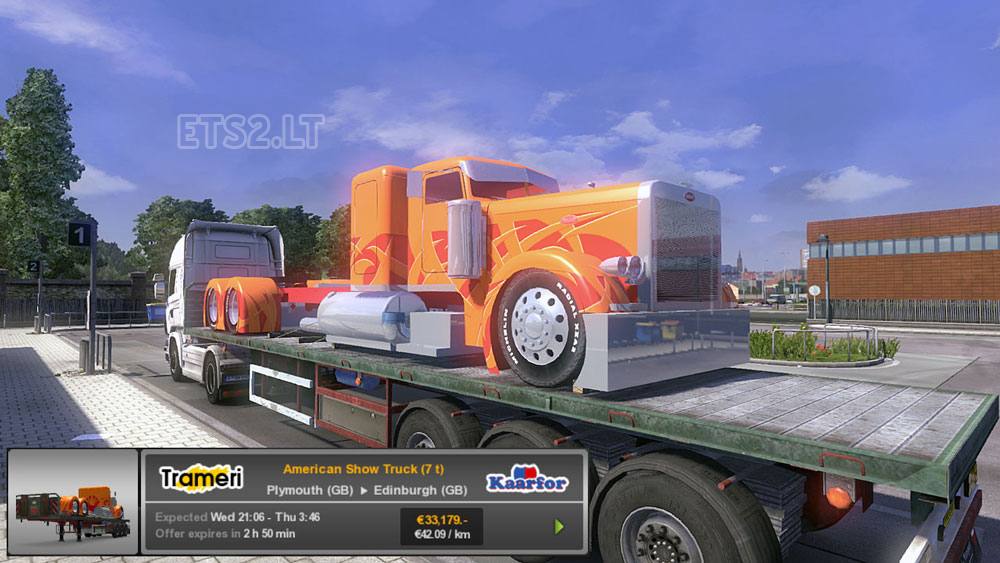 If ownable buses;IMO that will take some time and effort from SCS to implement. But we can always hope...

WerewolfCustoms wrote: ↑
27 Feb 2018 13:26
I'd rather have it as a DLC, since I don't think a coach game would have enough content to be a standalone product.

+1 for this; just look at other bus simulators;they are monotone IMO.

by Some newbie driver
[Message copied (and edited to correct things) from another topic where I off-topiqued a bit (well, a lot...

Sometimes they might pick up at multiple stops, but unlike buses which are city to city (and surrounded areas within a specific region) coaches are usually one stoppers. So they don't work that much different to the cargo in game. A coach in this game would be pretty much the same as a rigid truck. There's no reason to refresh old maps to make coaches work (all cities have stops) they would only need to rework maps if they plan to have coaches and buses.

That's if you think in coaches only as movers for people from city to city. But they can do other kind of jobs if you think a bit: charter travels to visit one place and return. This will require a bit further map changes, but also will benefit from all the details SCS have included all those years into the world map. The modifications should be parking areas near relevant places where people would like to go and then a market of coach jobs from cities to those places and back: tourists. We could even have to discover "travel agencies" like we find "job agencies" for our truckers. The most we find, the more different kind of tourism jobs we could opt to.

If I remember well, south of Mannheim just at a side of the highway there's some kind of WWII memorial with tho old planes. I don't know exactly what it represents IRL, but it could perfectly be a place where to carry people to see it, don't you think? And the maps from DLC are filled with nicer and more detailed places of this kind (there are even some achievement related).


Moh1336 wrote: ↑
17 Dec 2018 08:54
We already have the required cargo market and owned trailers, we only really need tweaks to allow for multi-drops at this point. Coaches and rigid/swap bodies could in theory be pushed through the same update.

In case of bus/coaches, I think the ownership market should change a bit. After all, one buys tho the coach manufacturer only a naked chassis and then sends it to another company to fab the coachwork. So the point is that we will be able to buy chassis at some concessionaires like trucks now, but then we had to buy also the body (somewhat like actually a trailer to our truck). So the people could combine the chassis and the body they want (while they could be compatible).


Moh1336 wrote: ↑
17 Dec 2018 08:54
The only real difference is that people as cargo will require a few extra things (comfort). The comfort thing I actually hope they extend to the live stock trailers and include more types of live stock freight.

I suppose they can code the "comfort" of passengers as a VERY fragile cargo (so, even without crashes, they could suffer "damage" if the driving is too extreme). And, instead of % of cargo damage, call it "nausea level". I would add too that any kind of damage that receives the coach (discarding tire or mechanical wear) could cause the delivery to automatically fail. After all, if you were traveling on a coach that has an accident, no matter how minor it will be, would you continue traveling with it?

Regards
All times are UTC
Page 3 of 4