Can confirm Colorado is a "Keep your plate" state. There are some old ones out there. The most common is the inverse colors.
Top

This is the standard issue plate for passenger vehicles. It follows the format AB 1234.

These are the apportioned plates for trucks. It has the prefix "AP" for apportioned, and it follows the format AP 1234.

These are the trailer plates. It has the prefix "T" for trailer, and it follows the format T 12345. 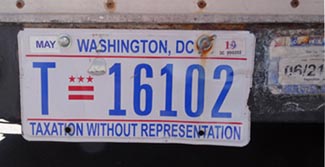 These are the plates for city government vehicles such as police, fire, and EMS. They have the text "D.C. GOVT FLEET" with the DC flag design. To the right of that, they have the letters DC stacked vertically. The plates follow the format 1234. 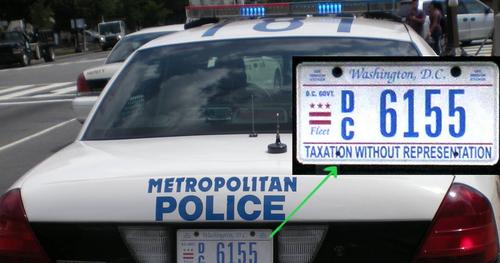 Never would've thought there are any commercial trucks registered in DC.

But then again, that's how "learning something new everyday" equals to "cool".
My WoTR profile
Top

Washington, DC is just like any other city. It has around 700,000 residents and 24,000 businesses. Those people and businesses have vehicles. Since DC isn't in a state, they have their own license plates for those vehicles. That's also where the "Taxation Without Representation" motto on their plate comes from. They still pay taxes, but they're not represented as a state.

The passive-aggressiveness of that motto has always really spoken to me hahahah. Thanks for the additions! I'll add them to the front page!
Check out my Michigan research map!

I just want to hop in and say since 2000 Apportioned Trailers plates are slowly being phased out due to no longer being required by the IRP agreement some states are slower than others but for most part a majority of semi trailers are now issued either SEMI, or PERMANENT or PERM TRAILER plates.

Texas' last apportioned trailer plate was issued in 1999, expiring in 2004, after which they all became TOKEN TRAILER plates.

Apportioned is 12A•B2C, Starting at 40K•R0A for the bicentennial plates, with the legend APP 80

To Louisiana, Semi trailers use TRAILER plates in the A123456 format that start either with L or J.

Apportioned plates remained the AB12345 pattern always starting with A. Now up to AL

Arkansas - Regular Plates will roll over to AAA 01A soon.

Nebraska - Regular Plates will roll over to AAA 001 in the near future.

Nice! There's some good info there. I was able to find the Texas and Tennessee plates you mentioned and put them into their respective states. I wasn't able to find any photos of the other ones that you mentioned. If you're able to get some examples of the missing or wrong plates and put them on here, I'll edit my current version right away and update them with the images.
Check out my Michigan research map!

Check out my ATS IRL map!
*Colorado added! LA, and San Diego are unmapped out of protest for their future rework*
Top
Post Reply
38 posts