Just noting that US 191 from Vernal to Rock Springs has weight restrictions. Vehicles exceeding 20,000 lbs on single axles and/or 34,000 lbs on tandem axles are prohibited from driving through Flaming Gorge Dam, they must instead take WY-530 through UT-44 and UT-43. 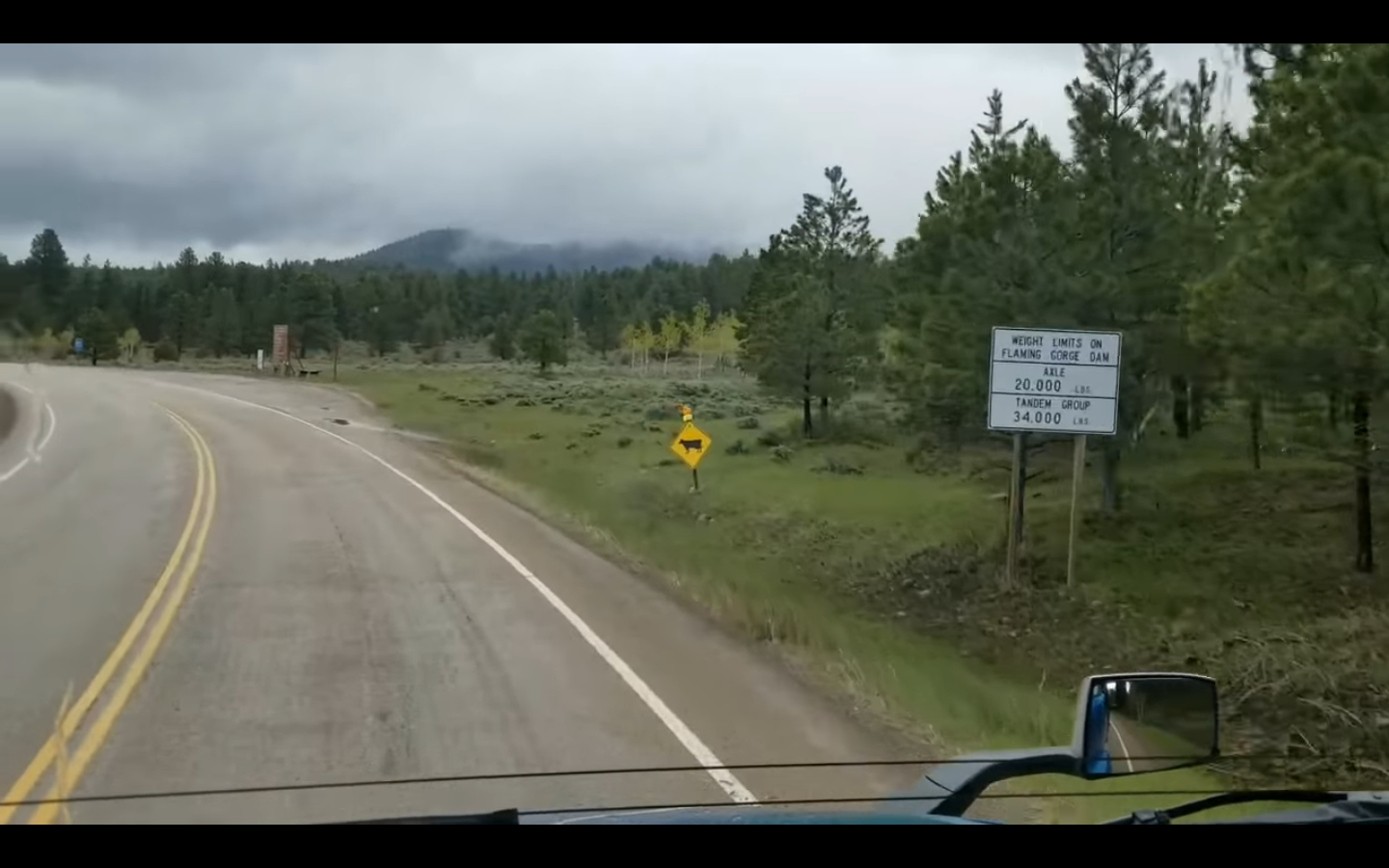 Screenshot found in this video.

Someone mentioned gates for roads and highways temporarily closed for weather or emergencies, so I thought I'd contribute some research and locations. Bonus - if you spin the camera around you'll see that at all of the exits where the road could be closed there are truck stops. 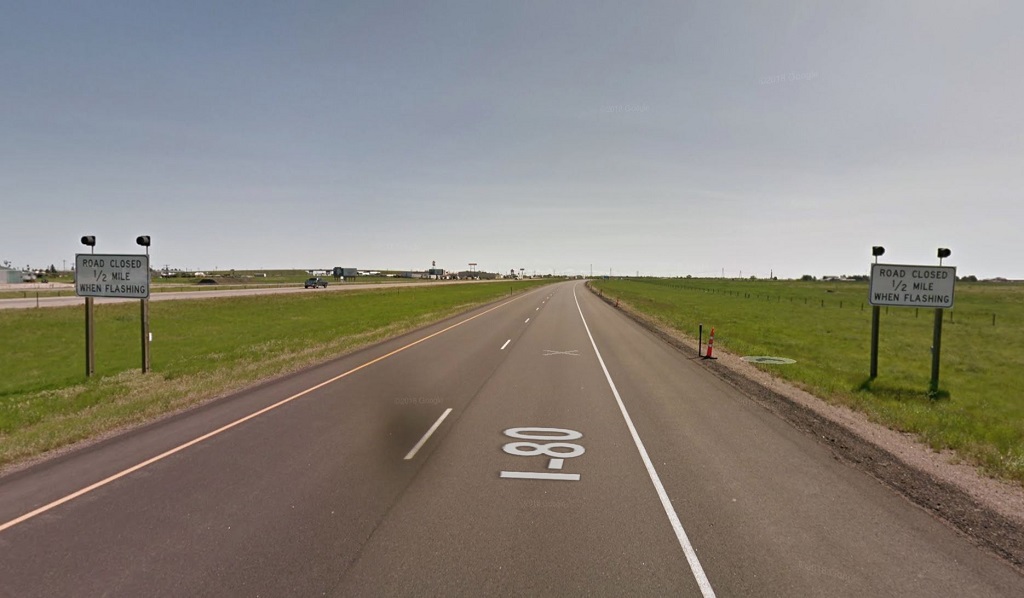 Gates open on highway immediately after the exit (note the "Violators Will be Prosecuted Jail or $750 Fine" sign): 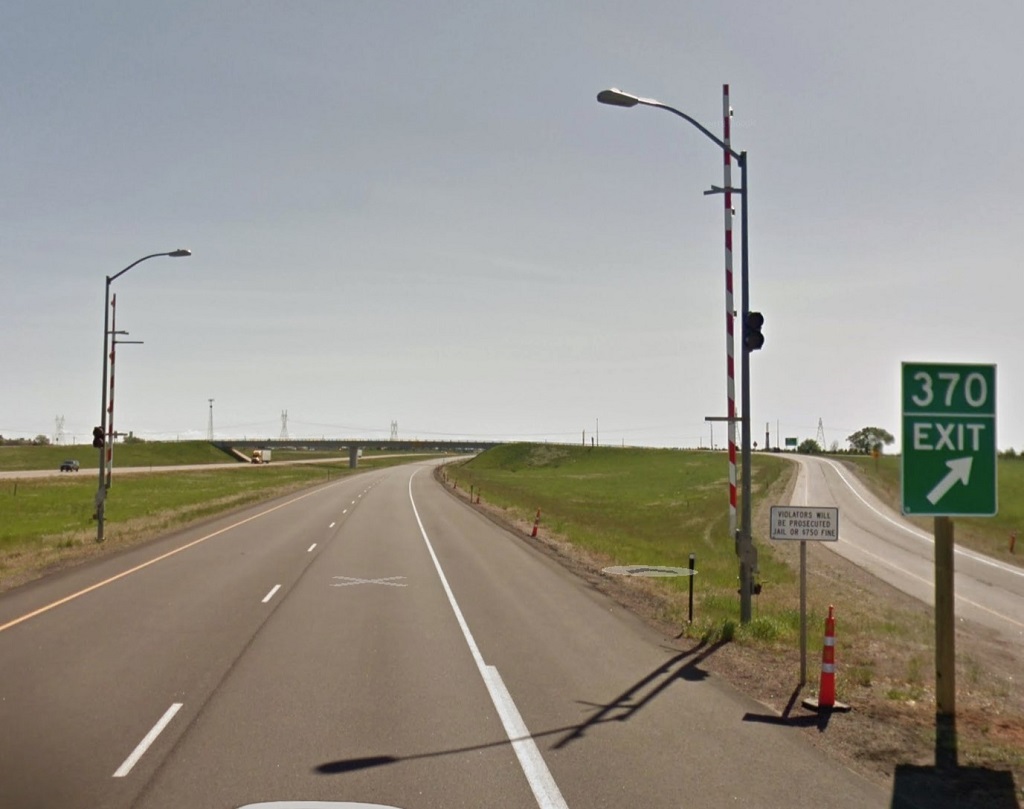 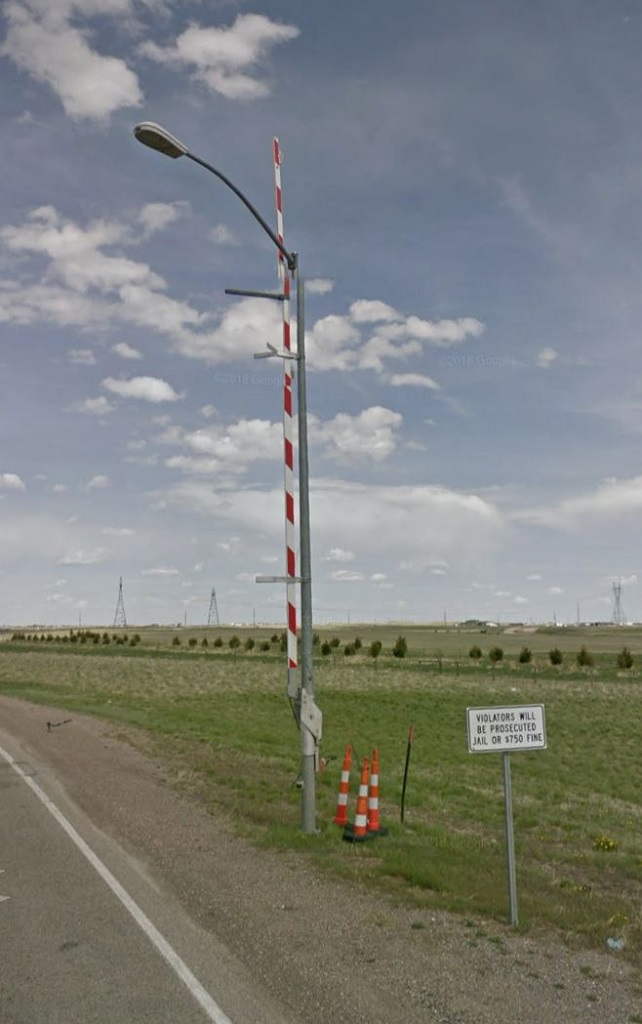 And in process of being raised: 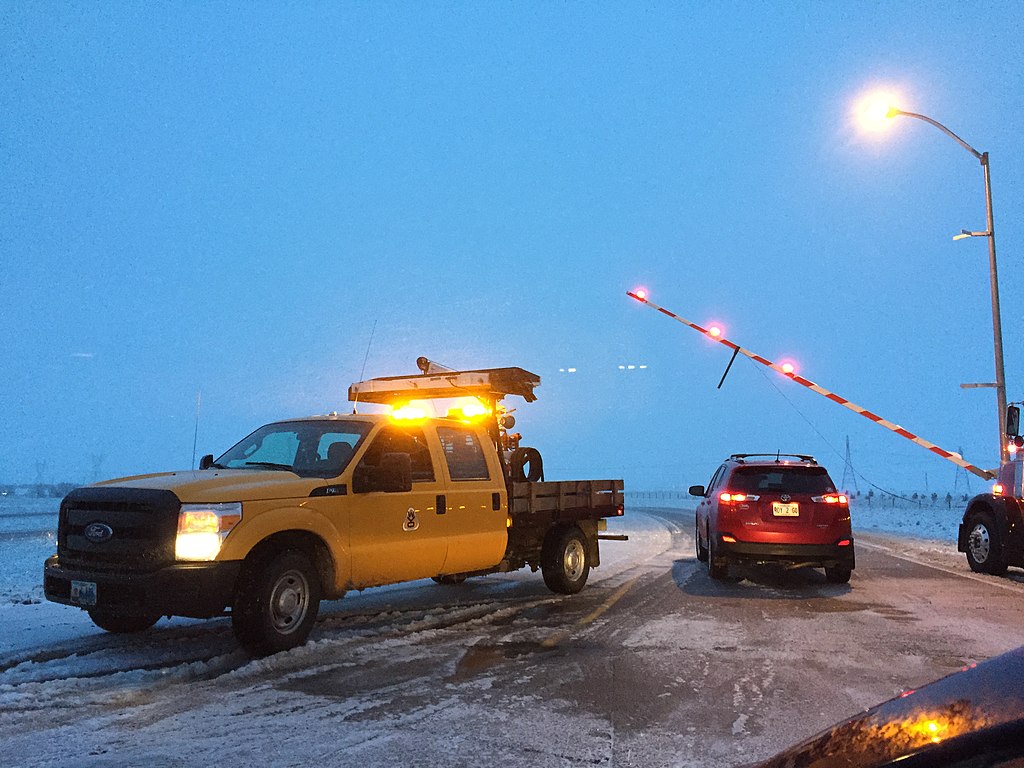 I grew up in Fremont County and Sweetwater county, but I could name a few from mainly that area that are musts. I don't have the pictures right away, but I think these are musts.
Green River- So much of scenery in that little section, I don't know how to get it all.
West of the tunnels. The river borders some amazing bluffs.
The Tunnels. (I saw some pics there)

East of Green River- The kissing rocks. ( IF you could space these right and have them appear to move like they really do, it would be awesome)

Farson- The Mercentile store, Post office and old cafe (Now I think it's an embroidery or something. Truck stop on the other corner.

South pass- Wind River mountains to the west. Bluffs to the east. Continental divide at 7400 feet. Drops to 6200 just outside of farson. Drops to 5600 outside of Lander about where the highway comes in. But from that highway oustide of lander to the top. Is a beautiful ascent. Red CanyonRed Canyon Red Canyon. Definately that. Then if you have the winding climb with Guard rail and up to just past the Louis Lake cutoff. This would suck to drive but still great for the game.

Speaking of the Louis Lake cutoff, Making that road connect to the Sinks Canyon\Popo Agie area complete with the logging road and swithbacks would also be interesting if possible.

Lander/Riverton- With the Wind River Mountains to the west and the owl creek mountains to the east and north. They make the climb from that basin toward Moosehaven and Jackson really cool.

Jackson- As you are coming into town. The tetons of course are a must, but not just the well know area. That whole range.

Boysen Reservoir crossing between riverton and shoshoni. Then Wind River canyon with the tunnels between shoshoni an thermopolis. ( The drive from shoshoni to Casper is bland by comparison)

The highway between Rawlins and Laramie has some nice climbs and should have the mountain near elk mountain.

Laramie- Make it have that wedge shape and have the rest area near Vedauwoo and then those bluffs at vedauwoo.
Top

South Pass and the 28 would be perfect to connect Green River and the Wind River valley. It would also be historically significant, since South Pass was where the Oregon Trail crossed the Great Continental Divide.

Those monoclines at Red Canyon are incredible, by the way. That place had gone completely under my radar.
Check out my Imgur page for ATS screenshots, railfanning, ship spotting, and more!
Latest screenshot album: Vol V: the Colorado Experience

@wyoeagle20. Green River is perhaps a scenic town but mannnn scenic it is. I love this view. This mountain over the tunnel has to make the game. That is a sweet landscape element to get in the game. 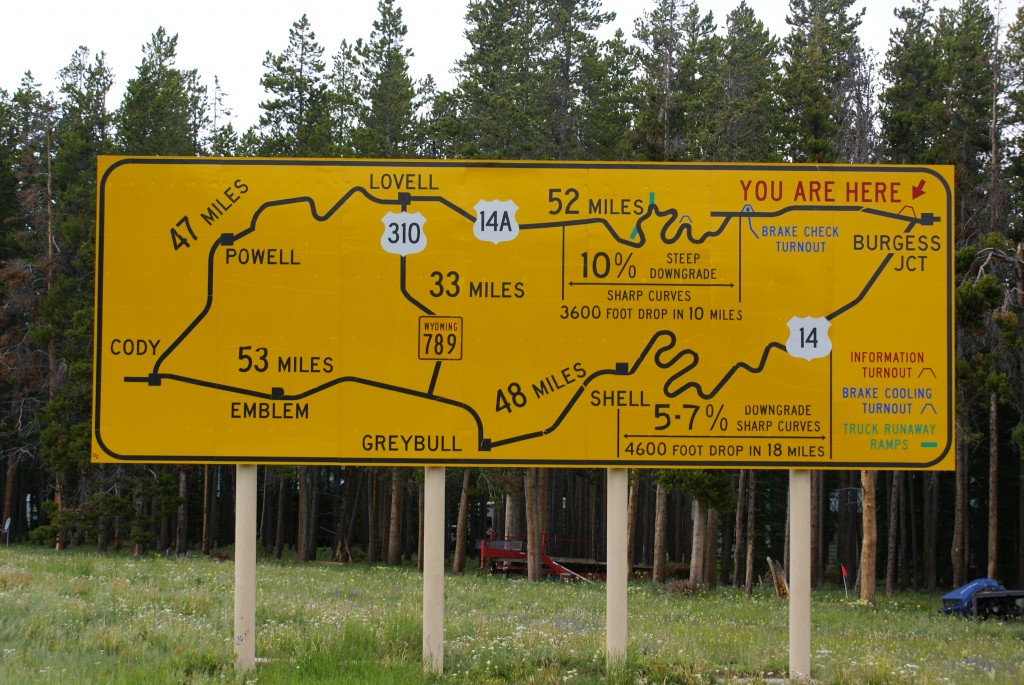 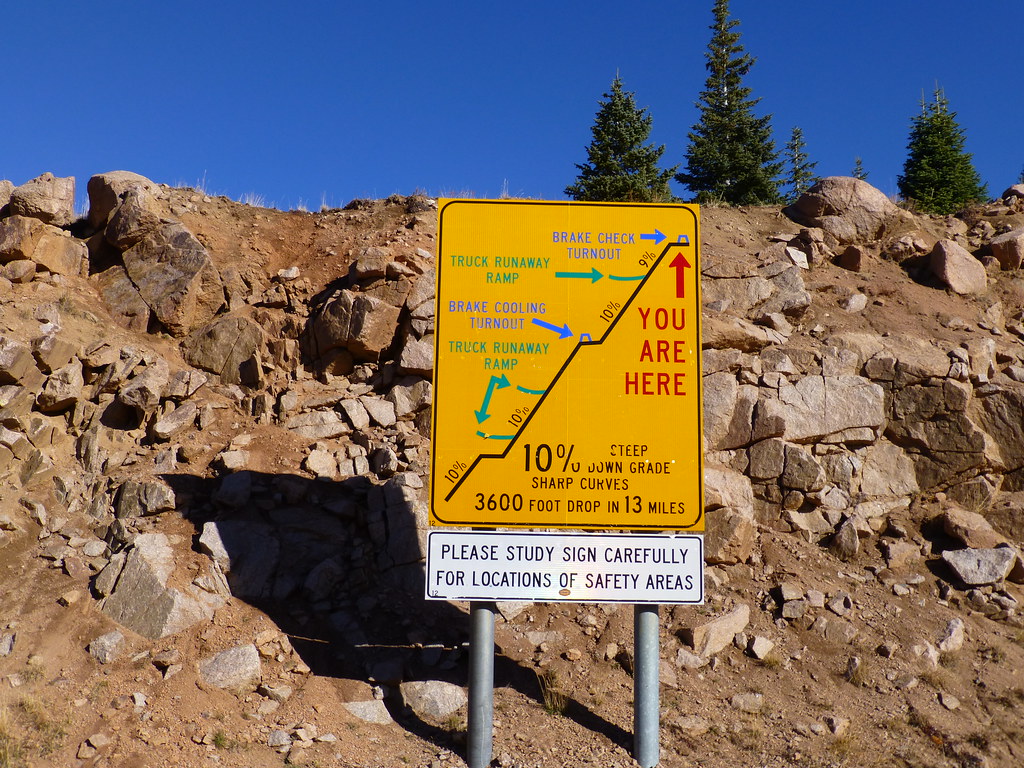 Unfortunately street view is very blurry, but I found some very recent videos of US-14/14A (and other roads), and he even has drone footage.
Top

Nice videos of US-14. I am not sure if US-14 allows all trucks though. I don't have my trucker's atlas handy at the moment. It doesn't seem too bad. Based on the signs in one of the videos, it does have run away ramps and brake checks. I just don't know if its a STAA route or limited to some trucks. But the road looks nice and scenic.
My post are only thoughts and ideas. Don't assume it makes ATS.
Poll: Choose Next 2 ATS States
ATS Flatbed
ATS Special Transport
North American Agriculture
Texas Discussion
Top

Perhaps this photo may help to build the map of the Tower Devil (Bear Lodge) natural monument and also the historic trading post.
I can already imagine the American flag flying with this mountain in the background. flight50 wrote: ↑
23 Aug 2020 15:48
Nice videos of US-14. I am not sure if US-14 allows all trucks though. I don't have my trucker's atlas handy at the moment. It doesn't seem too bad. Based on the signs in one of the videos, it does have run away ramps and brake checks. I just don't know if its a STAA route or limited to some trucks. But the road looks nice and scenic.

US16, US14, and US14Alt are all truck routes (outside of Yellowstone at least), though 14Alt is extremely dangerous (grades up to 10%) and WYDot discourages inexperienced truck drivers from taking the route. 14Alt is not listed as an STAA route because it is closed during the winter. Trucks crossing the Bighorn Mountains are encouraged to use US16 when possible since it has the least grade of the three truck routes over those mountains.