Watch SCS' WA trailer again. That giant bridge that runs along the whole waterfront in that video is the viaduct. That whole thing is coming down in less than a month. Just Google "Alaskan Way Viaduct" and you'll find all you need to know about the demolition and the opening of its replacement tunnel.

It doesn't appear that SCS intends for us to drive on the viaduct, rather it appears to be just background scenery in that video, but regardless they should get rid of it anyway just for (future

And by the way, I must add that SCS did one hell of a great job replicating Seattle in that video. It looks amazing! Awesome work, SCS!

@ShirBlackspots Thanks! I missed that!

@TruckSimChris Woah! That's a big project to demolish that entire thing! I wonder if SCS already made the bridge.

@ShirBlackspots That isn't in-game footage though. This is all generated by a video making software.

Here's a pretty good shot of it in real life. It literally runs the full length of downtown, right along the waterfront. This is the bridge, or viaduct, that you see in SCS' trailer. There's only one in Seattle, so yeah it's the "correct" one. Yep, all of that is going to get torn down next month. An underground tunnel is already complete and will open next month as a replacement to the viaduct. It was narrow AF and sketchy to drive on, not to mention the so-called "guardrails" were only like 2 feet tall so good riddance.

It's a shame really. That big viaduct is actually quite cool, but if safety was the concern, I see why they are taking it down.

Yep, it was a safety issue that was the primary reason for bringing it down. We're really conscious of earthquakes up here (were all anticipating a really big earthquake coming) and because there are businesses and parking areas under it, we don't want to risk the viaduct collapsing since it already has cracks and other signs of deterioration. As terrible as it was to drive on, the views on it were amazing. I'll at least miss that.

The Alaskan Way Viaduct has been a touchy issue for Seattleites for years. It disconnects the downtown from our working/tourist waterfront space. The new plan with be a gardened above ground street and underground will be the new SR 99 tunnel with exits still going into downtown.

The last day of the viaduct it was open for pedestrians to walk this old dinosaur of a bridge one last time. WSDOT has already bore a massive tunnel under the city for the tunnel and it is under construction. It was the largest boring machine ever made.

Here is one of the tunnel entrances from the south just a few days ago. 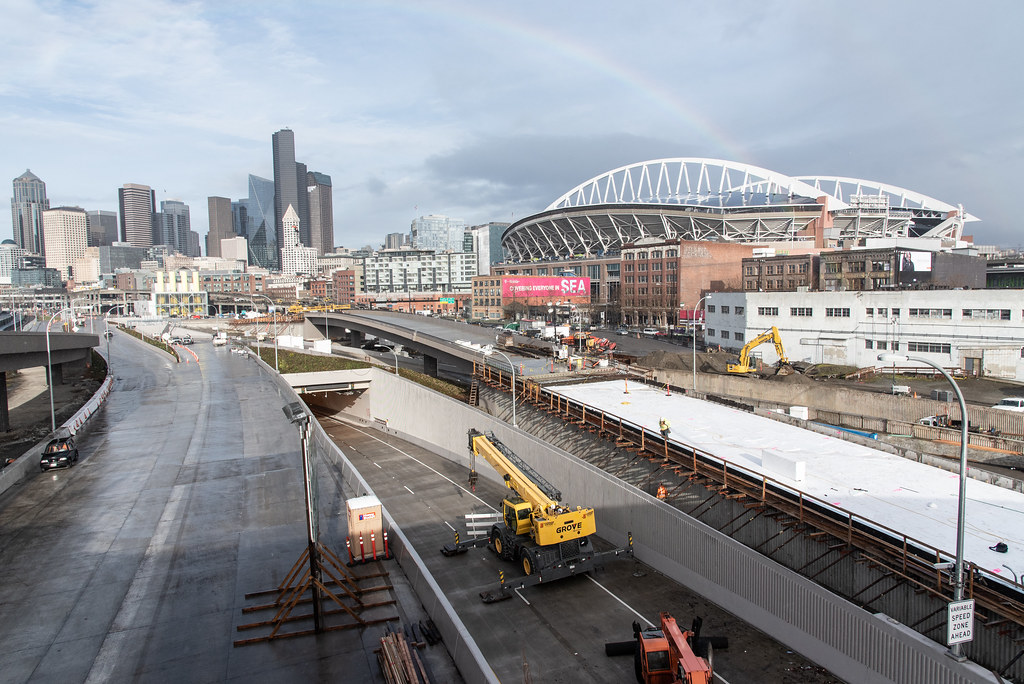 Here is the viaduct being torn down and the tunnel entrance being made. 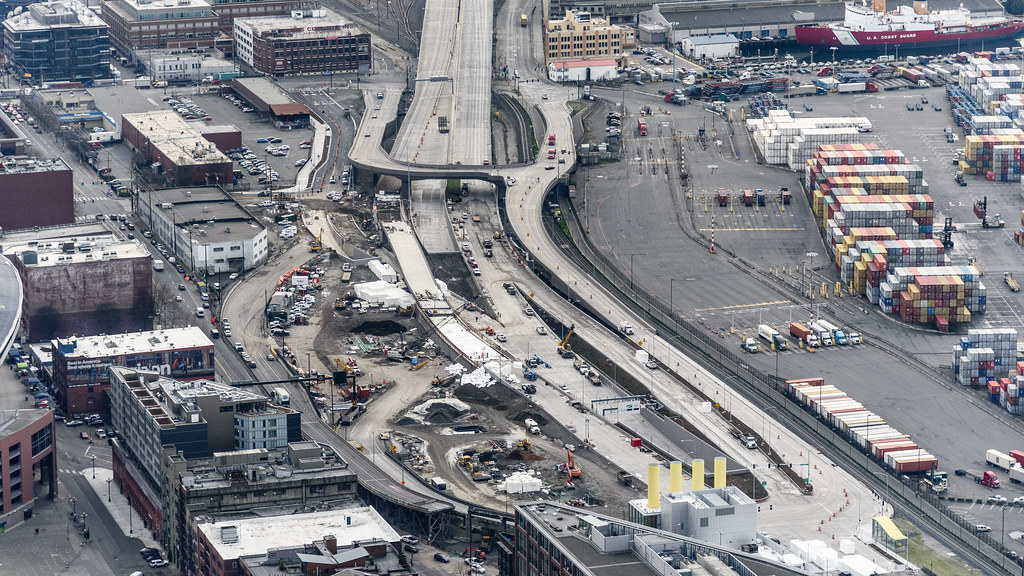 Here is "Bertha" the tunneling machine used to make the tunnel. This photo was taken back in 2017. 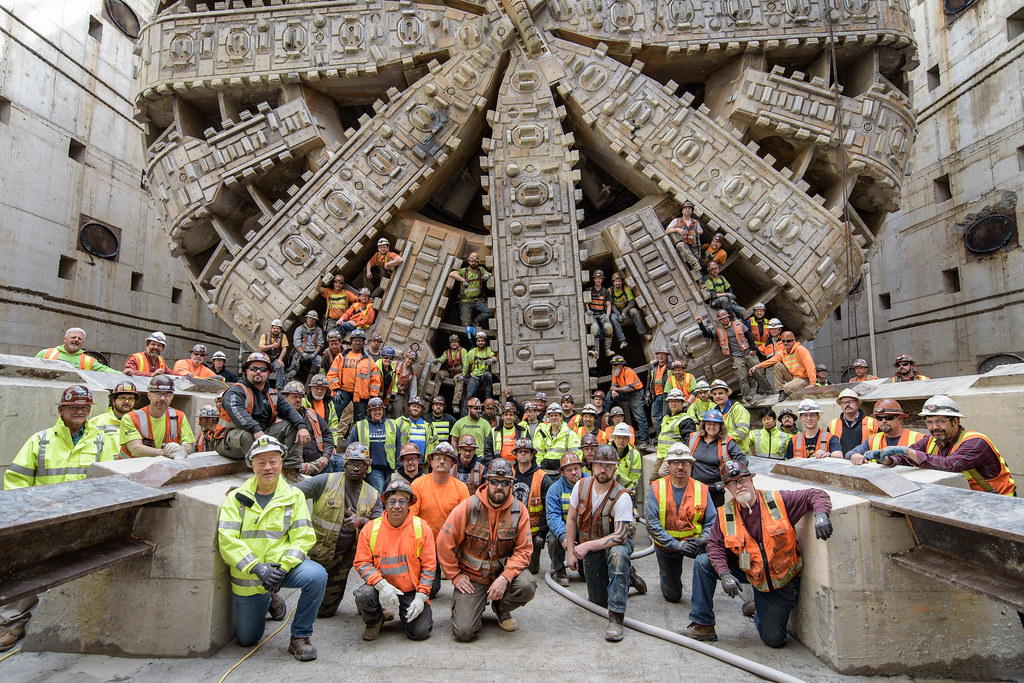 And some of the tunnel work inside being done. 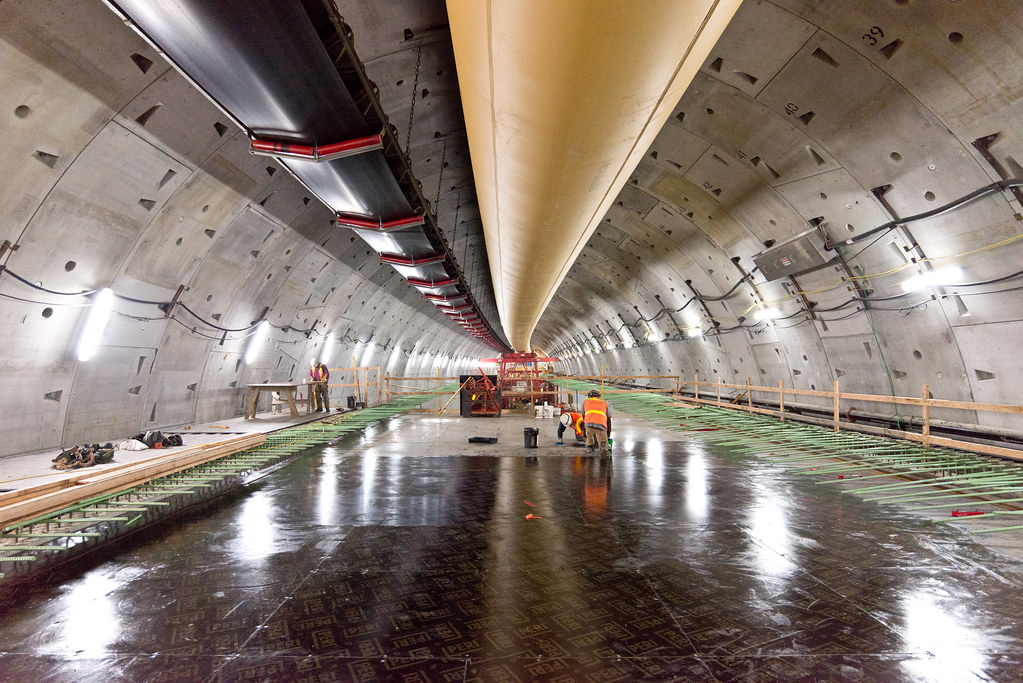 I took this one many years ago when they were just starting construction under the viaduct. It was a pretty big eyesore for large portions of it. Just made everything underneath dark. 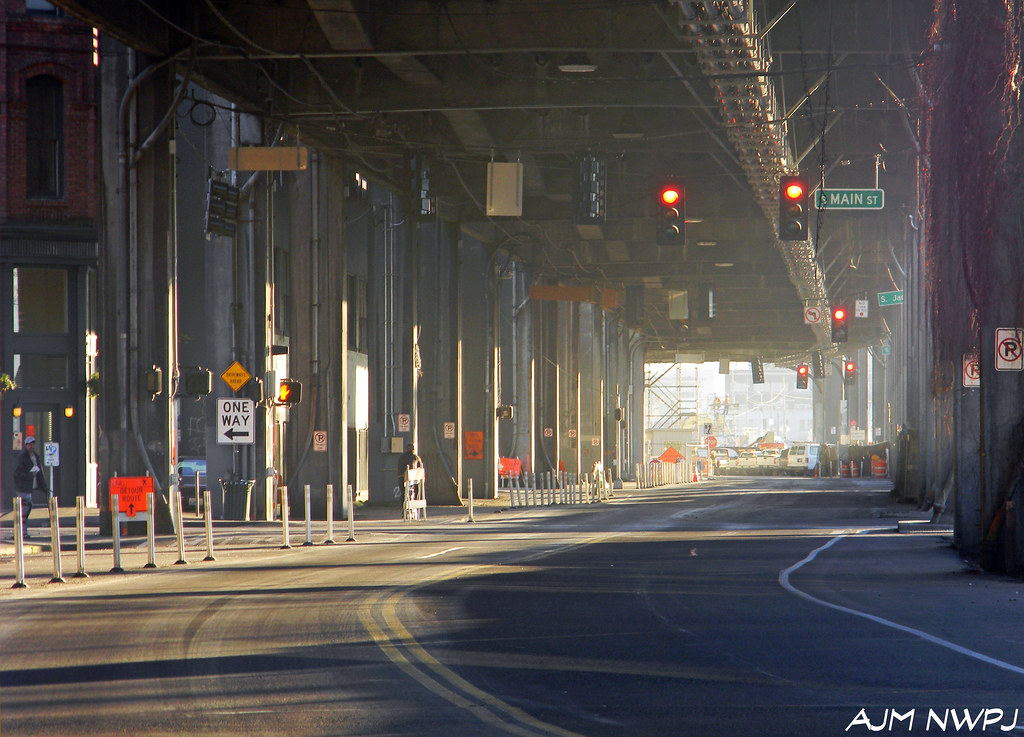 Here was driving atop the Viaduct in 2009. 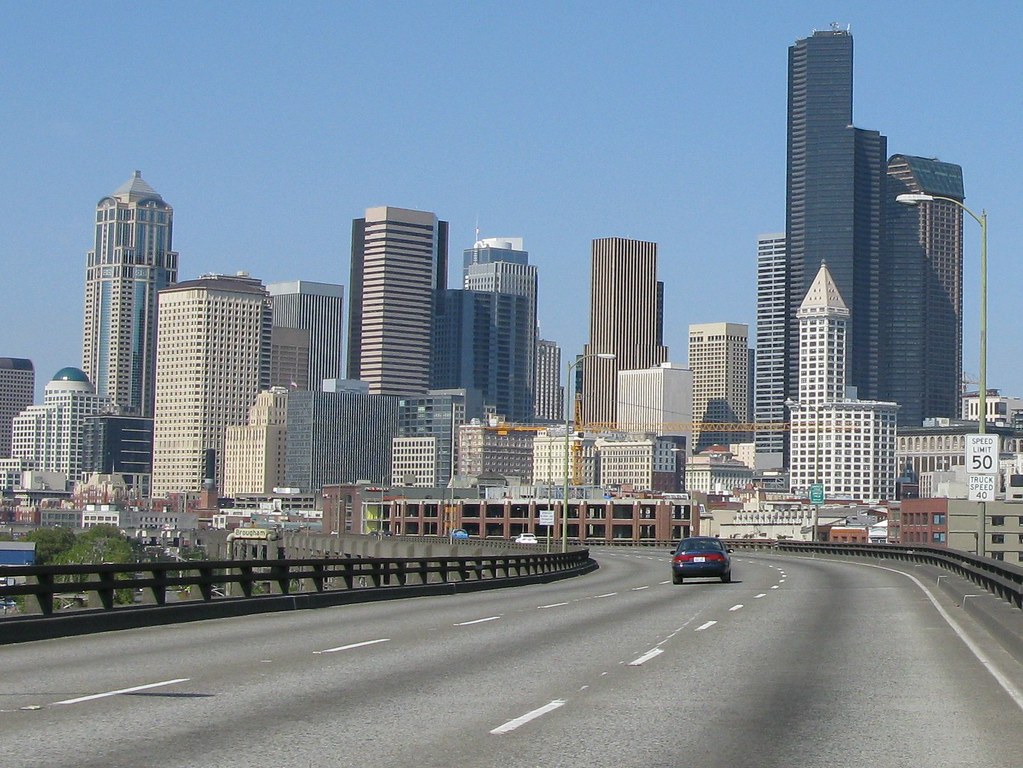 And lastly looking south towards the port and stadiums with the viaduct in the foreground. Mount Rainier in the distance. 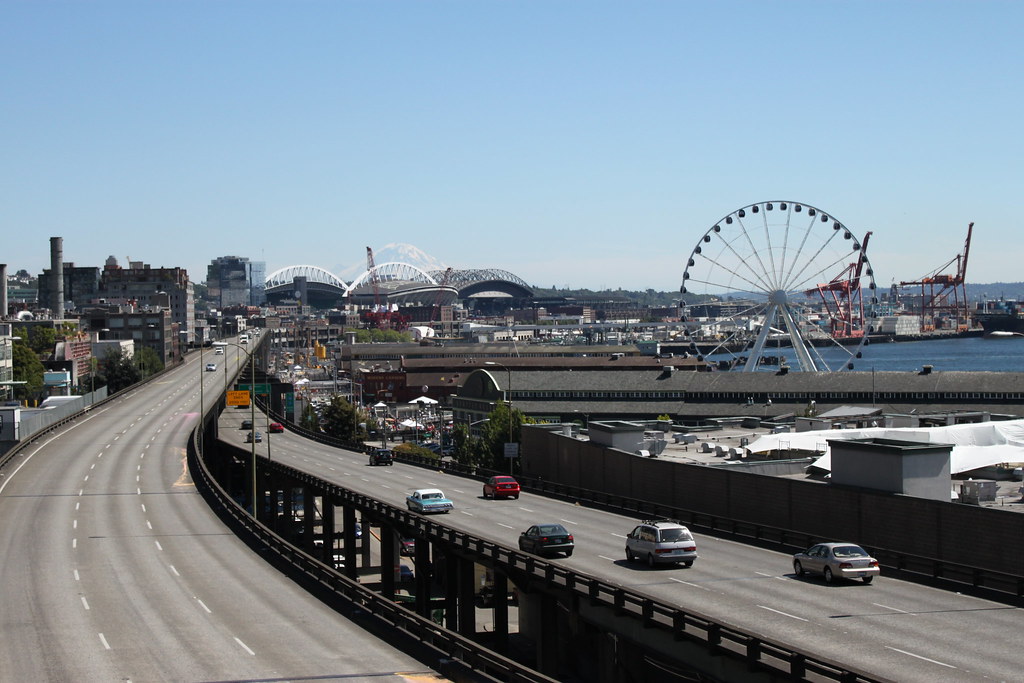