@MadCat3D I like that US-89 add. That stub out is perfect for it. Now I haven't looked into the dev cam view to see how feasible it is though. But with USBB coming, I hope that this prefab can get introduced to other states. Adding one more bottling company would be even better. By time we get to the East coast, we should have all 3 major soft drink companies in Coco Cola, Pepsi and Dr. Pepper. The cargo that can be associated with all three is at least half and dozen. Then count another half dozen each can have that is specific to that brand is another half dozen. That is a solid 2 dozen cargoes right there alone.
My post are only thoughts and ideas. Don't assume it makes ATS.
Poll: Choose Next 2 ATS States
ATS Flatbed
ATS Special Transport
North American Agriculture
Texas Discussion
Top

scs software make routes in this utah dlcs that's our only wish:

I deffenently think that the addition of SR 12 is a must that I do hope they add at some point, especially with the "tunnles" cut into the beautiful red rocks.

They already have US 89 that it branches from in the south and they should also be abble to add SR 24 and the town of Torrey. Any new routs and towns are apreciated but Utah will not be complete without SR 12, one of the most beautiful roads in the US and the inspiration for many part of Rout 66 in the Disney Pixar movie cars.
Top

@flight50 I think there might be enough room to place Hwy 89, they may have to move some of the mountains, pushing them more North and/or East. I don't know if it will be able to be the full 4 lane with median road that it is in reality but I think it would be possible to place it into the game. I would also like to see the new Salt Lake International Airport in the game, but no mater how I look at it I don't think they could fit it into the space between Ogden and I 80, not without some crazy map wizardry on there part. even by rebuilding the area North of I 80 with the two businesses into the airport entrance and the cargo terminal, I don't think there is enough room for the background assets. Its unfortunate as the new airport is now finally open and the rest of the wings and thermal 2 are going to be finished in the next few years, and the cargo terminal would be great have in the game to compliment the other airports in the game.
Top

Raskol's image is no longer showing up so I will upload a screenshot I took while it was there as I think that the routs that they showed would be great additions to the state of Utah. unfortunatly the screenshot was taken from my phone and its quality is not as good as the original. If it was removed intentionally then please let me know @raskol and I will remove it. 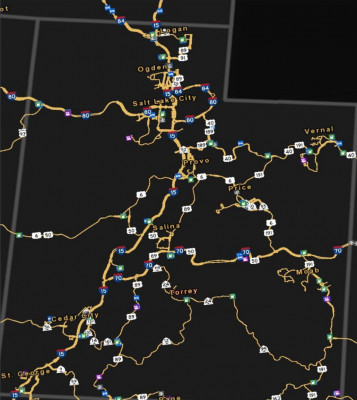 Alright, now the other Ogden industry that I said I would talk about a while ago. with all the airports being added to the game (sadly not Salt Lake but its understandable), I think that it would be interesting to add an industry that revolved around airports. In Ogden there is a company called FMC jetway systemss. FMC Technologies itself builds all kinds of airport equipment including baggage trucks, tugs, and Cargoloaders. 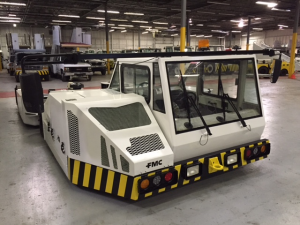 All of these different vehicles are made in different facilitys across the US and the world and usually transport these vehicles by trucks, and I think it would be fun to see many of these things being transported on flatbeds to the many airports in the US. The facility in Ogden however makes (as its name sudgests) jetways, and almost twice a week I see trucks with extendable flatbed trailers pull out and hit I-15 heading out into the world. 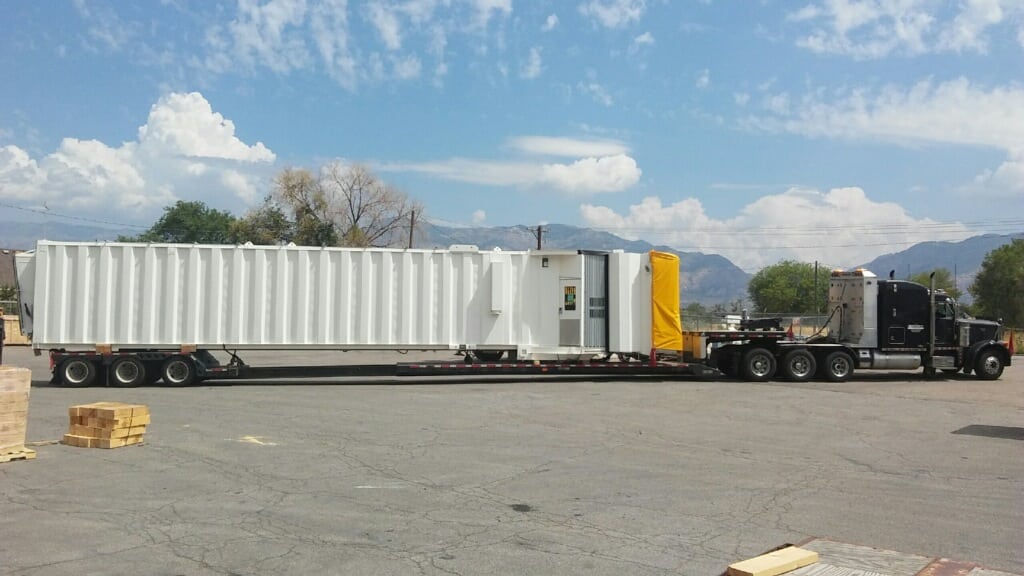 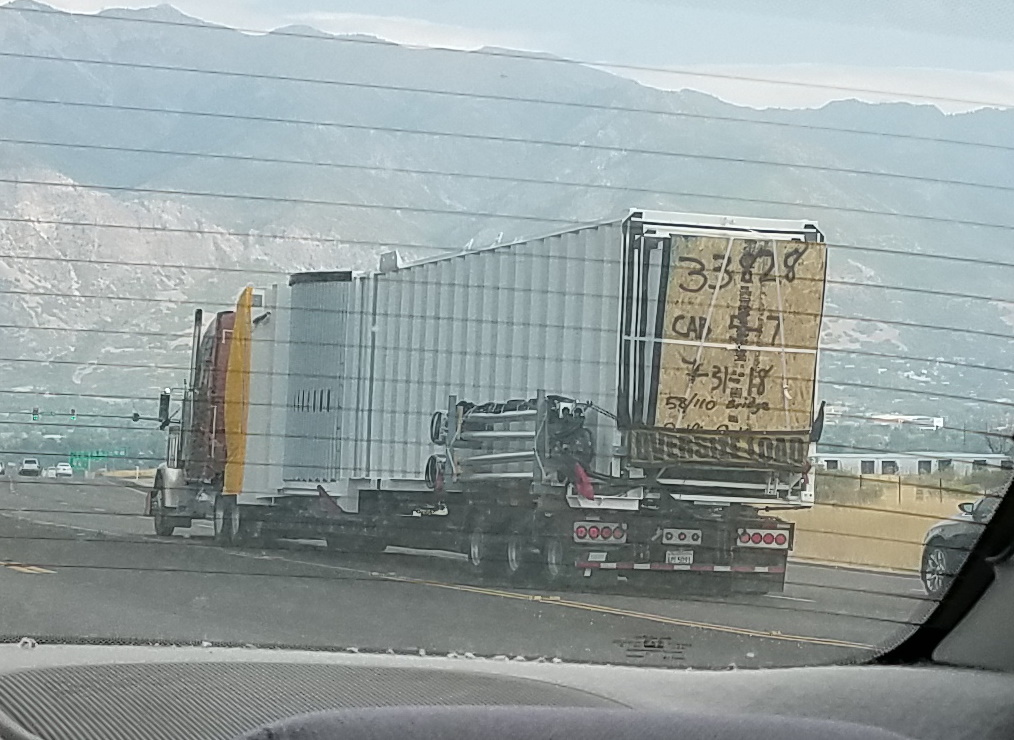 I think it would be a great opportunity to add a new airport industry that builds airport equipment for the many airports in game. Normal loads could be tugs and trucks on flatbeds while the jet ways could be a larger more challenging load. Adding in this company and this specific load could also be a nice chance to add the extendible flatbed goose neck trailer that can be seen in the image, interestingly the extendible flatbed transporting the Jetway has the bed in a forward position, I find this interesting as Iv only seen these with the bed pushed back, I guess it depends on the load and where you want support. Anyway I think these would be fun trailers to add but the goose neck trailers in game already could be worked to hold this load, but I do think that extendible flatbeds would be a fun trailer type to see in game. The pictures I have below are not of a goose neck style but are very similar, the normal extendible flatbeds pictured below would also be fun to have in game.

Finally as for the reason that I am sudgesting this new industry in the Utah thread is that the company has an actual location in Ogden and as many of the surrounding states have airports I think that Utah would be a great place for an industry that specifically delivers to these airports. In reality the location of the factory is on the most northern road that exists in game, however I think that placing it more south somewhere on rt 126 (the road going north to south, west of I-15) would be best with the compromises that had to be made for the scale of the game. 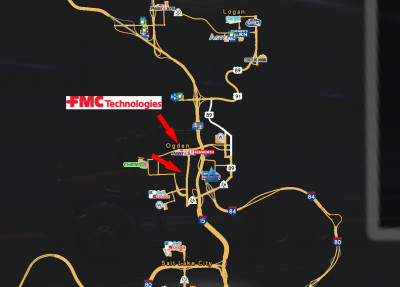 I think that this is an industry that could be added to both games as airport equipment is almost completely standardized across the world and so assets made for and ATS airport equipment company could be used in ETS 2, especially if airports are added in ETS 2 with many of the reworks that are going on there.
Top
Post Reply
76 posts