flight50 wrote: ↑
26 Aug 2019 23:50
@Bedavd. So basically you telling me to not driving in Michigan, lol. Just joking. I am trying to follow you but in a nutshell what I get is that when crossing an intersection like that, you can only go straight thru. No left or right turns off that connection. In order to make a left or right turn, that is when you are required to do the u-turn on the major road correct?

Not at all! There are plenty other reasons to not drive in Michigan though, lol. You're kinda close. Rights are fine, only left turns are prohibited and require a u-turn. Follow the red or yellow line in my picture. A lot of people who don't constantly deal with these kinds of turns, get very confused by them. The reason we have them is that they have actually cut down on accidents in heavily trafficked intersections between both left turning cars and oncoming traffic, and left turning cars and pedestrians crossing the road. People don't understand them though, so often when they are implemented elsewhere, they only last a short amount of time before the public is up in arms for a normal intersection again.

I'm trying to find any video examples of how to make the left, but none of them are very comprehensive or in great quality. Maybe this website will help.
Check out my Michigan research map!

Hey everyone.
Back in GATS where we got to meet some of our fellow fans and a few SCS devs, I had mentioned I had a ton of pictures of Utah and Colorado that could help SCS with the ongoing challenge of recreating the entire US someday. So I finally stopped being lazy and got together some albums to share of a road trip I did with Jbte during the week between June and July. The beginning of that trip was in California so for now I think it more wise to go with Utah and Colorado.

Some of these are rather bad, some of them are very good. I just thought it wise to share any that at least convey the landscape well and would possibly aid in map creation. You can of course ask any questions as well and of course, anyone can take a look

I am just linking a huge group of photos by Jbte, one of our fellow members here. See his photo album here. Can turn out to be some cool reference photos.
My post are only thoughts and ideas. Don't assume it makes ATS.
Poll: Choose Next 2 ATS States
ATS Flatbed
ATS Special Transport
North American Agriculture
Texas Discussion
Top

I hope Hill Air Force base is represented, all over Ogden you can see the different aircraft flying around, especially the F-35s and the KC-10 refueler aircraft. But there are so many more that can be spotted flying in and out. it use to by mainly f-16s but then Hill became the first base to have a squadron of f-35s and now they are the predominant aircraft flying over ( they are way louder than the f-16s, very noticeable ). Since i live in the Ogden area I see some form of aircraft or helicopter about once a week that isn't an f-35 or KC-10, I have personally seen f-16s, f-22s, A-10s ( a lot of those recently as hill was selected to replace the wings of the entire US A-10 fleet ) the bigger aircraft iv seen flying around are c-130s c-17s c-5s and of the helicopers lots of UH-60 black hawks CH-47 Chinooks ( there could be a heavy transport mission as Chinooks are already in the game ) and AH-64 Apaches, I have also seen a V-22 Osprey once. Of course military aircraft flying around is common its not as common as the civilian aircraft ( helicopters light aircraft and small passenger jets ) coming from the Ogden airport and medivac helicopters from the hospitals.

Hill Air Force base (HIF) also called Hill Field is the largest employer in Utah and so transport missions there would make sense, this paired with ATK up in Promontory could lead to some interesting transports of military grade explosives. ATK ( now owned by Northrop Grumman ) builds explosives for both Civilian markets ( mainly the explosives used in airbags ) and military, they build rockets and missiles and are the produces of the boster rockets used in the space shuttle program and the up-coming SLS rocket system for NASA. the plant is located in the middle of nowhere promontory so if it does explode it won't kill an entire town. They build missles used in land based vehicles and for jets, and the large booster rockets ( the coolest thing they build in my opinion ) are built, fueled, and tested there. The tests of the boosters are very cool to watch the videos of.

Both of these places would be awesome to have in game and both have museums out front that show off some of what they do, Hills is visible from I-15 and ATKs ( called the rocket garden ) has so man rockets that you can walk around including a space shuttle booster which is huge. Its real fun to see and walk around both museums ( which are both free ), if you are ever in the area i highly recommend visiting. 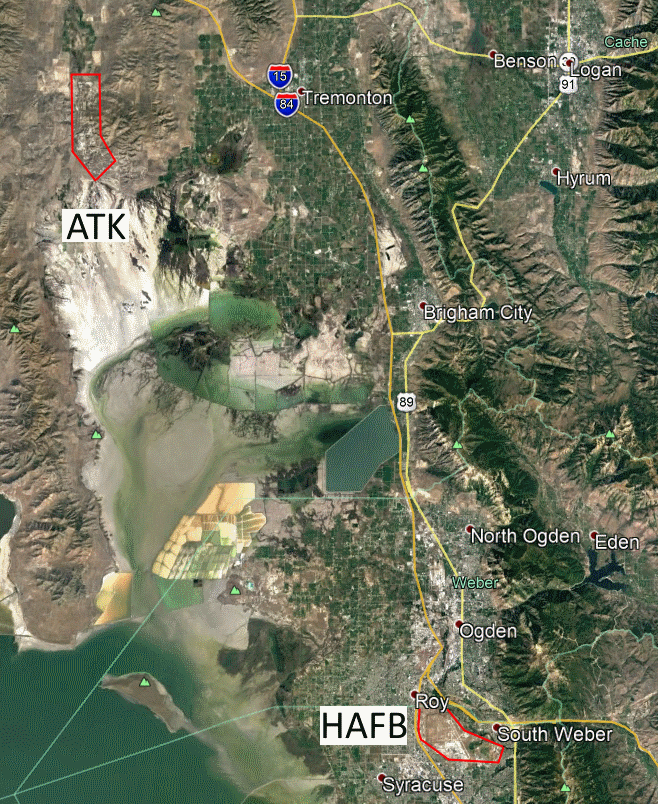 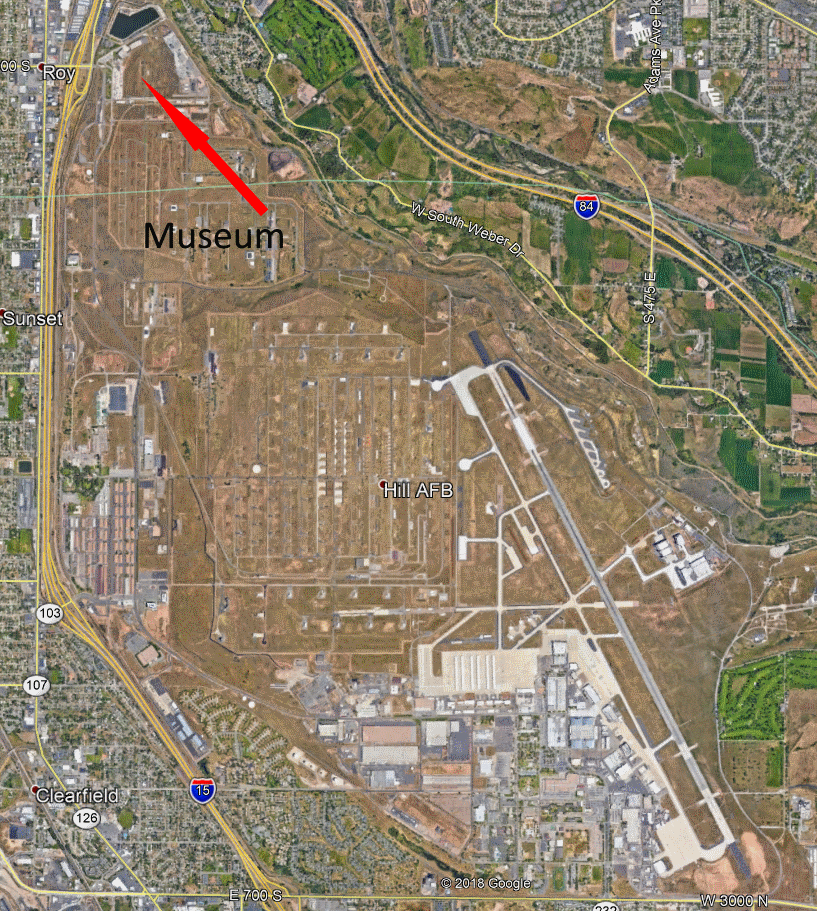 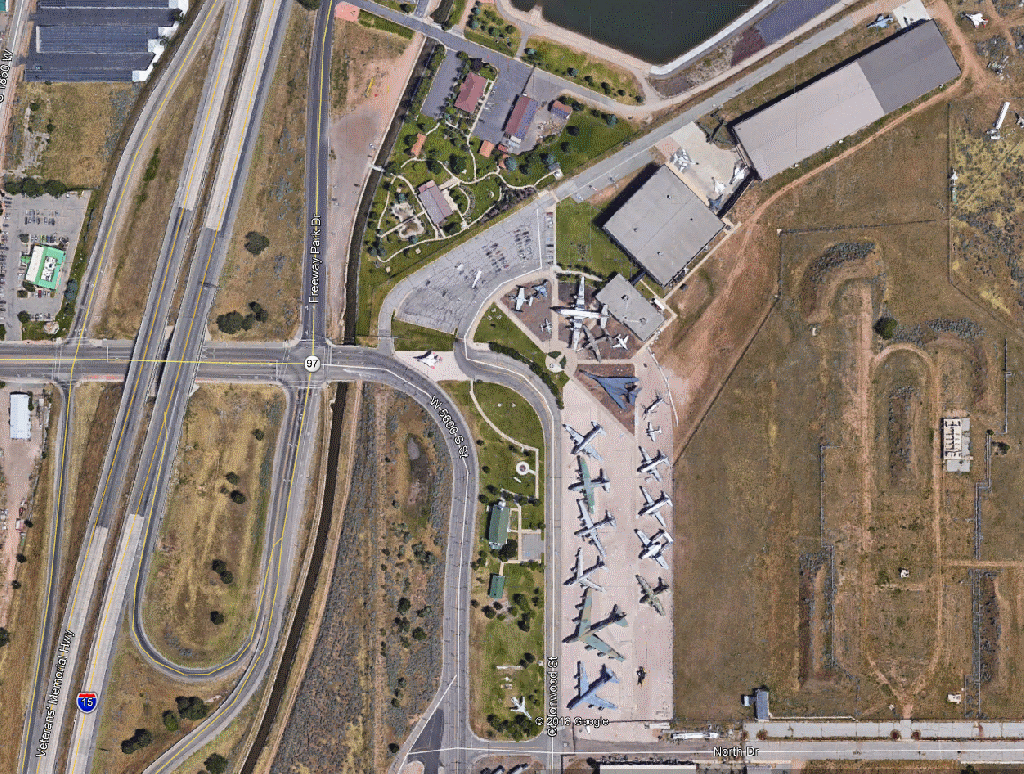 Hill Aerospace Museum as seen from northbound I-15 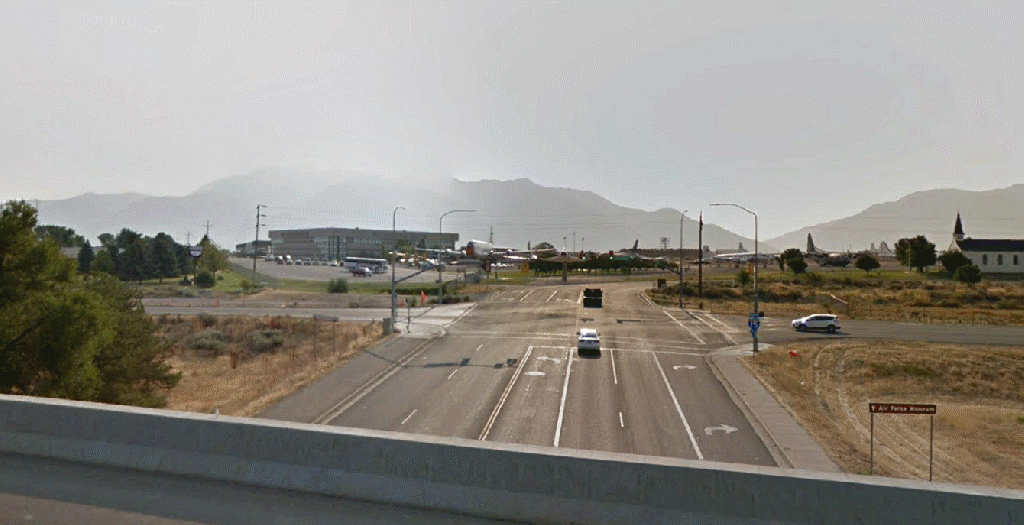 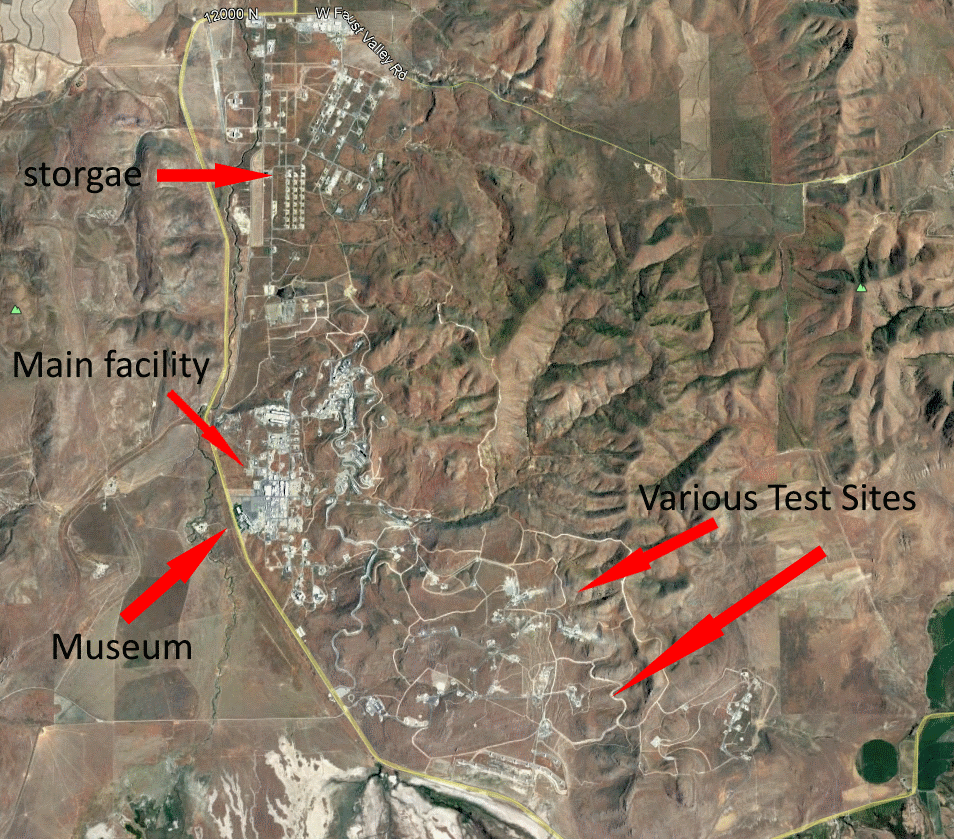 AS much Fun as I think It would be to have a speccial mission of transporting the Space Shuttle Booster Rockets, Sadly they are moved in segments by special vehicles on site and then loaded on to special rail cars and transported by Union Pacific halfway and CSX the rest to Kennedy Space Center in Florida, so no future massive transport mission where we take the rockets across country to Florida when it eventually comes out 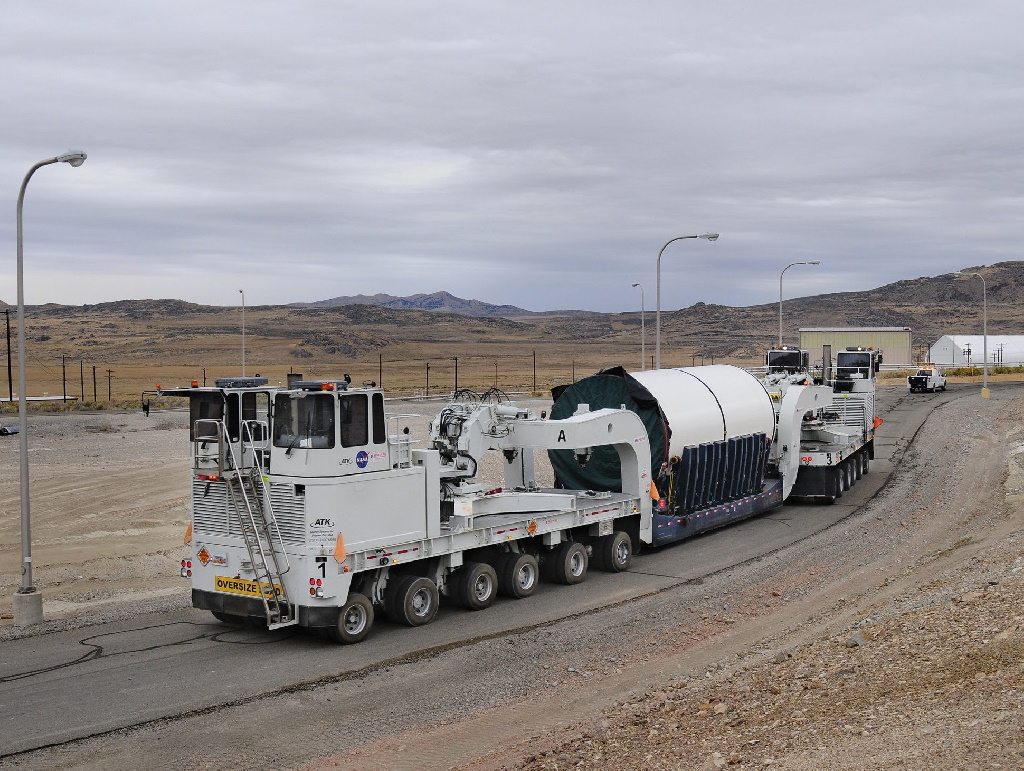 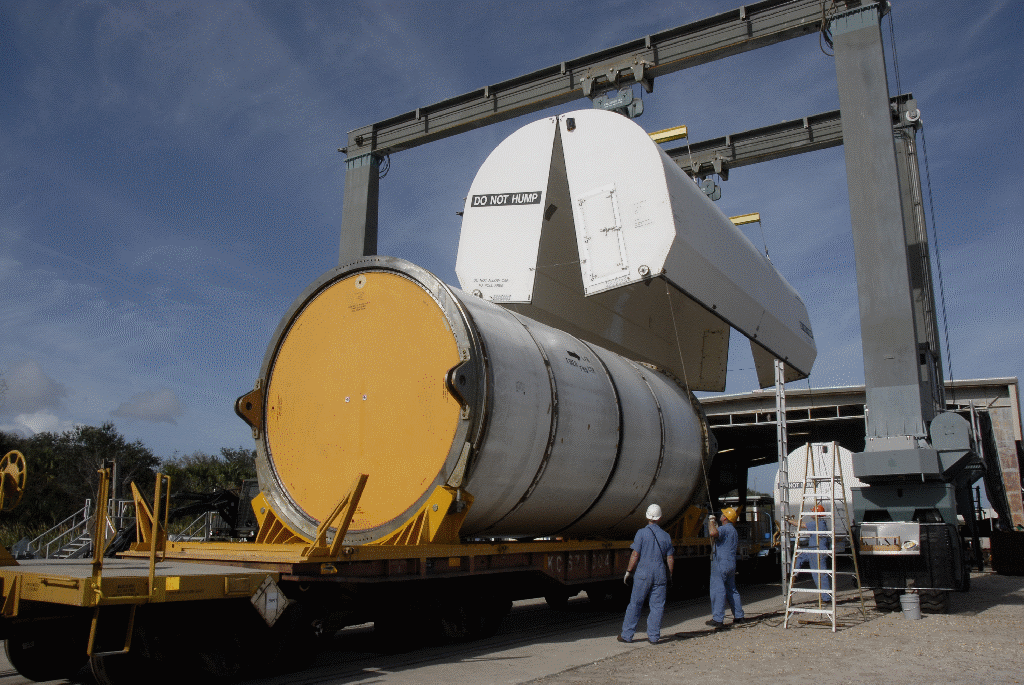 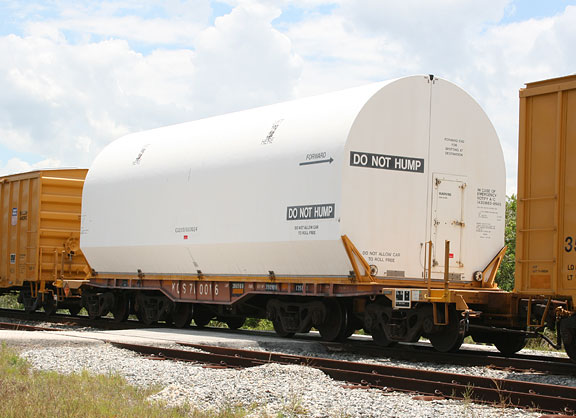 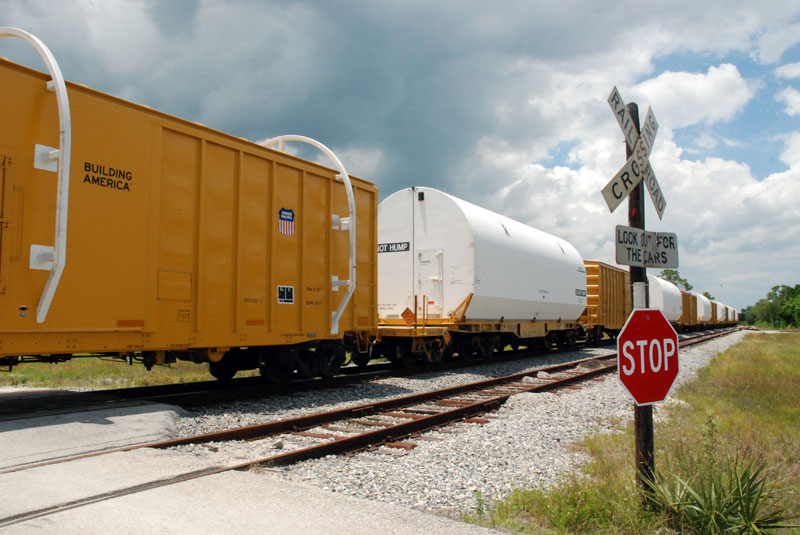 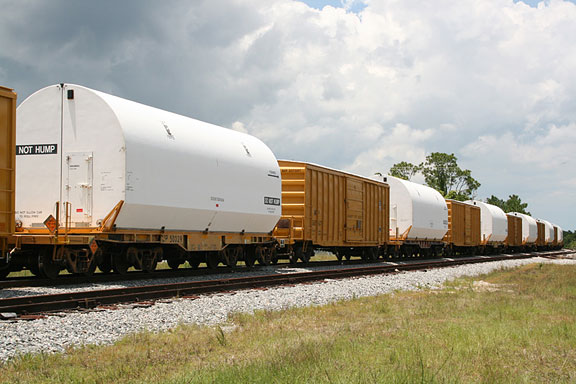 But some fully assembled Boosters have been transported by truck to museums across the country, so there is that. 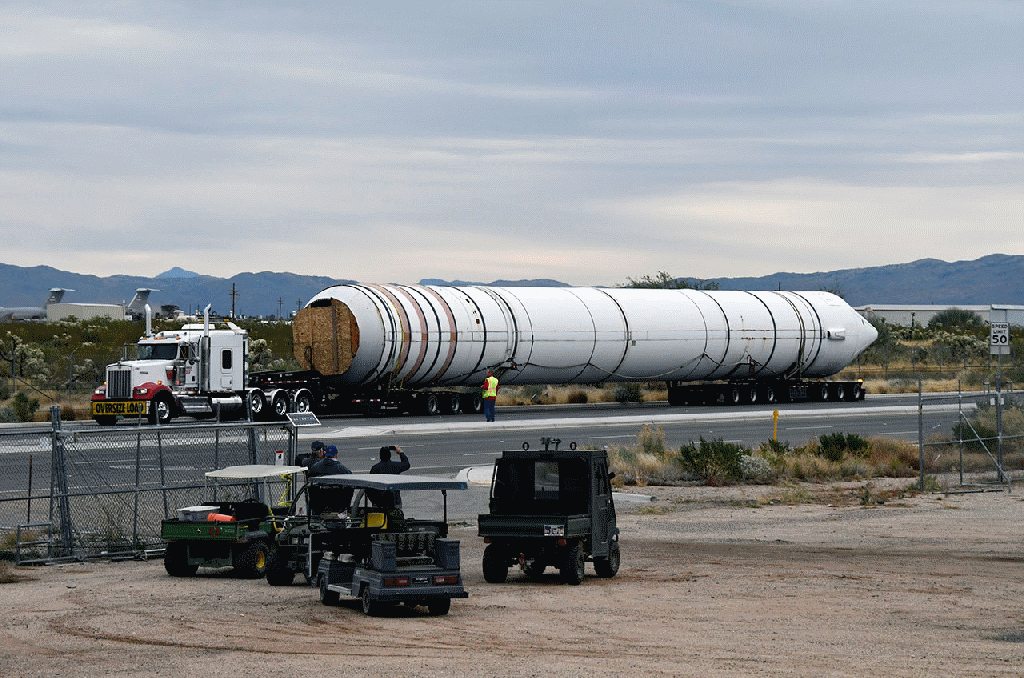 Any way the work done so far looks awesome and I cant wait to get ahold of the final project. SCS You guys have done an amazing job, the picture posted of downtown Ogden, Logan, and all the other locations look so good. The attention to detail on the street names, buildings, and everything looks extremely curate, its almost like it was taken of the actual location its so good, keep up the great work.
Top

SCS won’t be doing anything military related. I kinda understand why too. Its like politics, stay away from it, lol.
Last edited by flight50 on 29 Sep 2019 05:27, edited 1 time in total.
My post are only thoughts and ideas. Don't assume it makes ATS.
Poll: Choose Next 2 ATS States
ATS Flatbed
ATS Special Transport
North American Agriculture
Texas Discussion
Top

There's a paintjob with an F18 and an aircraft carrier on it, and another military-related one (which resembles an old bomber-style paint job, I think) so I don't think SCS is opposed to including military things entirely. Personally, I don't think including a military base in the game, especially one that's so central to daily life and the economy in Utah, should be an issue. Excluding what is probably the largest receiver of shipments in the entire state seems silly to me, when the game is about delivering things.

It’s the bases I am referring to. Do I want them, sure. I think they’d be cool cargo to haul. Most bases are isolated and can come in remote areas so scale may not be an issue. If they are not in the game now, I don’t see them coming. They can always come later but that is a lot of back tracking in existing states.
My post are only thoughts and ideas. Don't assume it makes ATS.
Poll: Choose Next 2 ATS States
ATS Flatbed
ATS Special Transport
North American Agriculture
Texas Discussion
Top

Oh, yeah, for sure. If it's not in when the map is made I doubt it'd ever get added. I could see them including it but not advertising it, especially just the museum part of the base, but sadly it's probably not in. Love to be wrong though.