I remember I-15 from Great Falls up to the border as surprisingly desolate, mostly just prairie and farms. I guess not alot of traffic goes up to Calgary/Banff via I-15

As one who grew up in the state and traveled back there numerous times. The most desolate highway through the state is State Highway 200, which generally slices right through the middle of the state.

Information on Montana's roads Also, be aware that I-90's speed limits are 75mph from Idaho line to St. Regis[I-90]. After which it becomes 80mph outside of major city areas, which iirc are limited to 60 or 65mph. Included in this are I-15 and I-94. While it may be officially stated that 80 is for most highways, the photo is possibly off kilter in the night speed. as the chart below states, truck speed is 65mph. 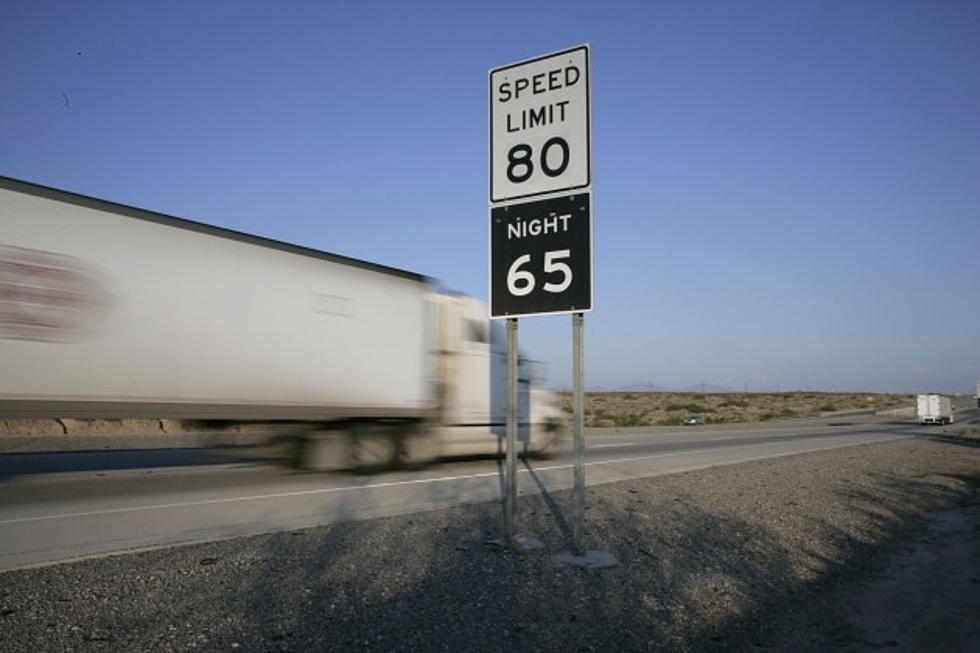 Other highways such as US 2 are 70mph day 60mph night

This Chart here show the highway speeds the best.

School zone speed limits, not that we really need them, but as a useful aside to know, are 15 mph. Yes, 15 miles per hour.

City speeds are 25-45mph depending on city size and road type and population density.


As I've said before a long time back, garage placement should be geographically distributed. The best place for a garage in the upper northeast corner of the state would be Sidney, MT or possibly Wolf Point, but there are no cities in that area over 10k in population anymore. And yet, small trucking firms do exist there, It may not be very urban by European standards, but I believe the area could support one garage.

Possible Garage locations other than the obvious sites:

Havre, MT A college and railroad town, actually has a walmart and a k-mart. Best bet for a garage in the north central area.

Anyway, later. My words here should be taken with a dose of salt, you will find the links provided more helpful.
My WoT

I would guess it is regulated by when the sun rises/sets. I've watched trucking videos where at least for heavy haul type truckers, driving is limited to roughly either 30-60min before or after sunrise/sunset depending on the state or province. As for the night speed, it would be most logical that it would be regulated by the sunrise sunset and a 30 minute or so window before or after the time of the sun.

Yes, I'm guessing on the parameters because I haven't lived there for a long time. And your consideration is very correct that different areas could have their own considerations. Mountain regions versus plains for instance. Obviously if you're between Missoula and Great Falls on 200, night speed would be a bit earlier than if you were east of Great Falls due to being in the mountain country. But that's just logic there.

On the plains, in the middle of summer, on Montana's Highline, sunrise and sunset in the summer can make for an extremely long day. From what I recall in the 80s, sunsets would last till at least 10pm at night in the summer and sunrises would start around 4am during that time of year as well. Mountains and even moderately hilly terrain would make for different times regarding night speed versus day speed.
My WoT

He's a legend! Some of his videos are really useful.

He is bookmarked as well

So, More stuff for Montana...

https://www.kalispell.com Kalispell, North of Flathead Lake, Highway 2 goes through it

Flathead Lake, now the largest Freshwater lake in the Lower 48 if you exclude the Great Lakes. Used to be the second largest behind Fort Peck Lake, but as the last few years have declined in runoff, Flathead Lake holds that title now.
https://www.visitmt.com/listings/genera ... -lake.html and Fort Peck Dam and Lake https://www.visitmt.com/listings/genera ... -area.html

While Fort Peck Lake is the largest lake by distance covered, or was, I've personally been to this lake a few times in my youth.

Thats all for now.
My WoT

Here's some photos of police liveries for the state of Montana: *Link is no longer active*
Last edited by Unknown# on 11 Feb 2019 16:46, edited 1 time in total.
Top

Anything you want to know about Montana, I know it like the back of my hand.
Top
Post Reply
49 posts