The most talked about cities for rebuilds for ATS are below. This post is how I view the needs for these cities and in this order:
1) Vegas (I provided input thru out this thread here)
2) Los Angeles
3) San Francisco
4) Oakland
5) Sacramento -Create US-50 to Carson City. This is the start of US-50. It is one of the few East to West US Highways that is not an Interstate
-Realign I-5
-Connect CA-99 to Sacramento -red - rework entire corridor from Red Bluff to Bakersfield between I-5 and CA-99. With farming progressing the way it is and being a huge part of the game, California has a lot of Agriculture missing. There is a ton of Farming in this region.
-green - US-50 connectiong Carson City, NV to Sacramento, Ca. Red Bluff a Bakersfield; I-5 e a CA-99.
It is true.
There is a lot of agricultural activity in this region, especially the tomato industry, which is very significant with the existence of its own trailers, for transportation between farms and tomato processing industries.
In the industry it results in the production of tomato sauce.
Another load that is also very important for the region is tomato harvesters.
There is a difference between harvesting table tomatoes (Manual) and tomato for extracts (sauces) mechanized work. 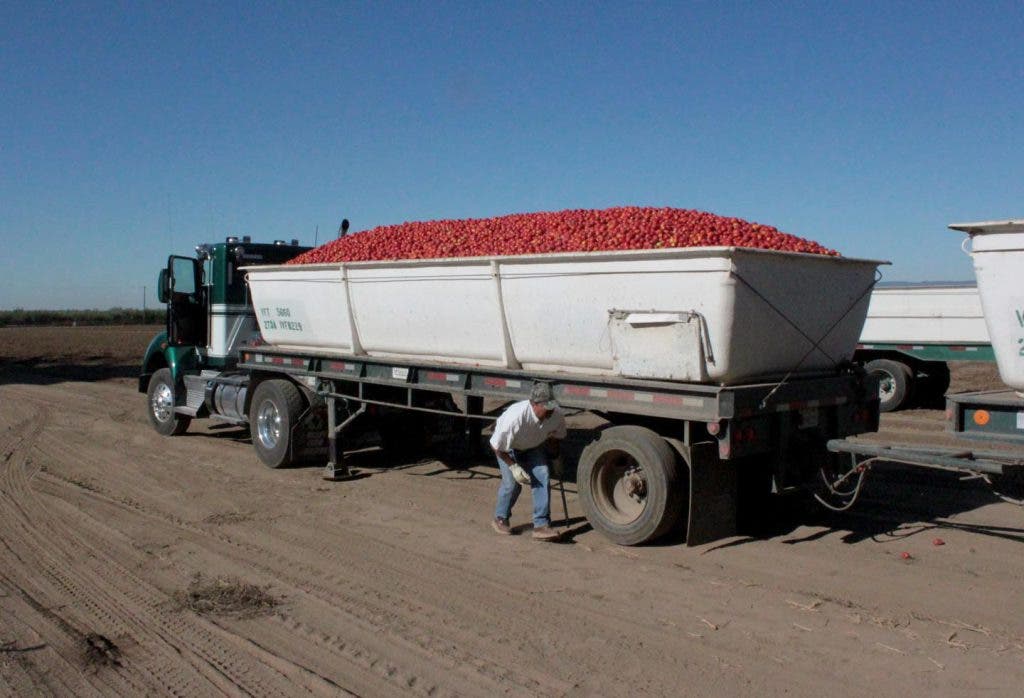 Today's ETS2 blog could be a sign that ATS could eventually get this industry as well. I will keep my fingers cross. It would be a tad disappointing if ATS didn't get it. It should be just a matter of time so I will stay optimistic about it. In Long Beach this port or this port would be the perfect locations for cars. Heck do both. Make them Toyota/Honda/Nissan or Mazada. With a city rebuild for Los Angles, there is no better reason to get in LB port. Not only the car lot, but look at all the other huge ports around the area. This could be ATS's first chance to get multiple port prefabs in the same area. Instead of doing one large port, how about doing several separate ports. Let each cater to different cargo. 1-2 for cars, one for food, one for apparel or electronics. Also, look at the amount of marinas around this port. We can get dual purpose from this and deliver boats and yachts here as well.

This is the first time I actually looked at this port on the map. I had no idea it was this huge. It has like two huge car ports areas and like a hand full of container area. Currently there is nothing mapped in this area in ATS. SCS can make a huge port in Long Beach that can ship all over the place inland. I-710 gets us to this area but as long as we get it, I don't think it matters how we get here. Remove Calsbad if need be but his port is necessary now in ATS. We have good ports in Seattle and Portland. Oakland also has a port but Oakland its self needs a rebuild. Currently Oakland doesn't offer much at all. Its only a port unfortunately.

Imagine if SCS gave us half of this port area. I think it would be very innovative to do 2 car docks and 3-4 shipping container docking areas. Each being a bit different as nothing in this area is symmetrical. The devs can even recycle ports from other areas in the game and add more to them, tweak them, do what ever to make new ports. Of course they can always just create from scratch a well. But I really think SCS can push all this out to into the Pacific Ocean just like it is in real life and make a much larger foot print for this area. LAX is right up the road on I-405 from Long Beach. We already have I-10 and I-5 in the game. To get Lax and Long Beach we should have I-405, CA-91 and I-710 at the least. This should then give the devs a pretty large area to rebuild LA and add what ever streets they like. Even reference @interstate trav sketches. He knows LA better than most of us on here. Downtown LA fortunately is out of the way and pretty much at the I-10 & I-5 intersection. That allows more space to happen on the South side of downtown LA for more density.

Yellow = Interstates that are already in the game
Red = LAX (Los Angles International Airport) and Long Beach Port
Green = Minimum roads to get to Long Beach and LAX
Blue = major intersections. I think these locations are out of the way and do not cause scale issues to get West of I-5. Sure other connects may be possible but this is a bare minimum to get to the possible new prefabs on the coast. Long Beach is the biggest and busiest port in the U.S.
Top

This road route to the port of Long Beach It would be great to have on the map of California.
It would be a great challenge for the people who build the game, because you would have to make Los Angeles really Great, that would have many positive future points for SCS, to make a city bus simulator, and also with national and international trips.

Of course, it would be laborious, challenging, I believe that working with Istanbul was only the beginning of this learning process; "how to portray great cities in the world", it would be very interesting to include this piece in the game would give a greater sense of realism of being in Los Angeles Why would you cross the Metropolis.
Top

@Larry71490. I just found out, technically Long Beach is second but the weird part is that its basically the Los Angles Port as well. They both are right there which is why its so big. So if SCS is going to do this, just call it Los Angles so that it gets absorbed by the city of LA. But considering its two ports in one area, that is even more of a reason to do what I stated above. 2 car ports and 2-3 other ports geared towards specific countries. Per the link below, LA port imports/exports to China, Japan and South Korea. 3 countries, 3 ports docks. Cars come from Japan and South Korea so that is the 2 car docks.

@flight50 Long Beach is about 20 miles from LA so I would absorb Long Beach and consider it all LA.
Top

In fact, there are two distinct ports that are side by side for the purposes of the game. I agree with the other guys. It should be considered as a unique port and belonging to New York City. This is the most practical thing to do on the other hand. to do the city of New York in more detail making the accesses to this Port.
Link port: https://www.portoflosangeles.org/about 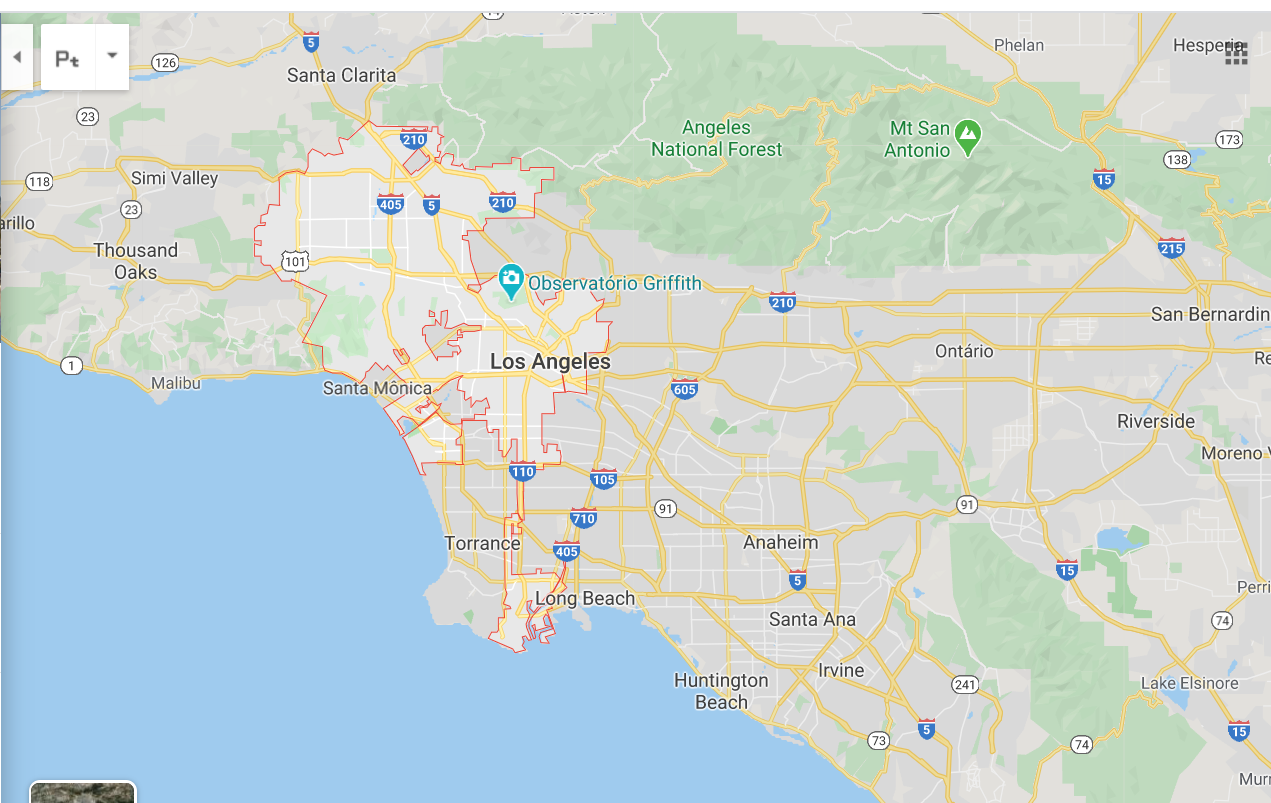 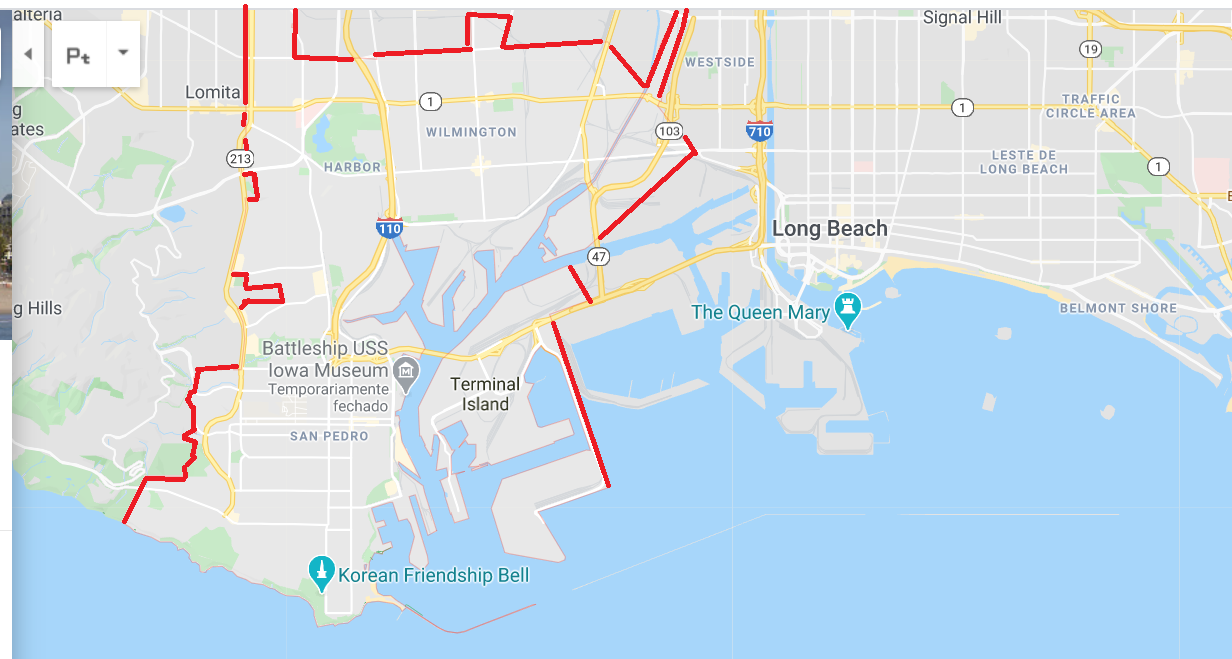 Include the smog and pothole and rutted out freeways with graffiti got Los Angeles depicted well. Long Beach Port be nice inclusion.
Top

I actually am working on a new sketch to work inline with this.

Flight50 thanks for mentioning my maps. Lol I do ‘now Los Angeles and that’s why I keep drawing concepts especially because I want it done right. Also I enjoy drawing.
Top
Post Reply
218 posts