Although is is very rare to see, apparently enhanced conspicuity does exist for regulatory signs. Here is an example on US-48 in West Virginia. This road was constructed very recently, and some parts of it aren't even on Google Maps yet. The sign is the "Keep Right of Traffic Island" sign, which is a white regulatory sign, so the enhanced conspicuity strips are white, not red or yellow.

Thank you all guys for another very useful collection!

Please, let us know, when you spot something interesting related to this topic.

So as I said earlier, I've never seen A or D. I don't know whether I've seen E or not because I don't really notice the color red. I see F often enough that I've become dull to it, and I suppose C and B exist occasionally.

Sora wrote: ↑
26 Mar 2019 23:38
Whatever the heck this is surely is making the sign more conspicuous, even if it isn't strictly one of the six types.

Ah! Yes! I would consider that under the supplemental beacon category. I've seen it on both curve chevron signs like in your example, stop signs, and pedestrian signs. (These little LED lights are not steady. The flash in one second intervals. One second off, and one second on.) 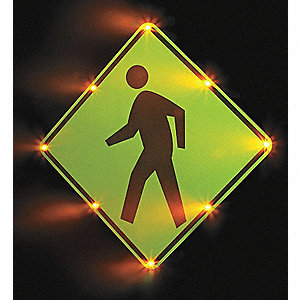 Sometimes on busy roads in cities or towns, pedestrian crossing signs are accompanied by LED flashing lights that only activate when pedestrians are in the crosswalk: https://www.google.com/maps/@41.5040179 ... 312!8i6656 . As you can see above the arrow, there are two separate LED lights. Since pedestrians aren't actual objects that cross streets and such in ATS, you probably wouldn't have to worry about programming them to flash. Also here is a good video showing how they work: https://youtu.be/gCSSAzCuGvk?t=10 . Notice they only activate if a button is pressed.

This map mod does a very good job with road signage, and one thing that I wanted point out to Kraake from there is the supplemental beacon they used. Notice how is very similar to a traffic signal segment, and how it has a solar panel and electric box on the sign pole. 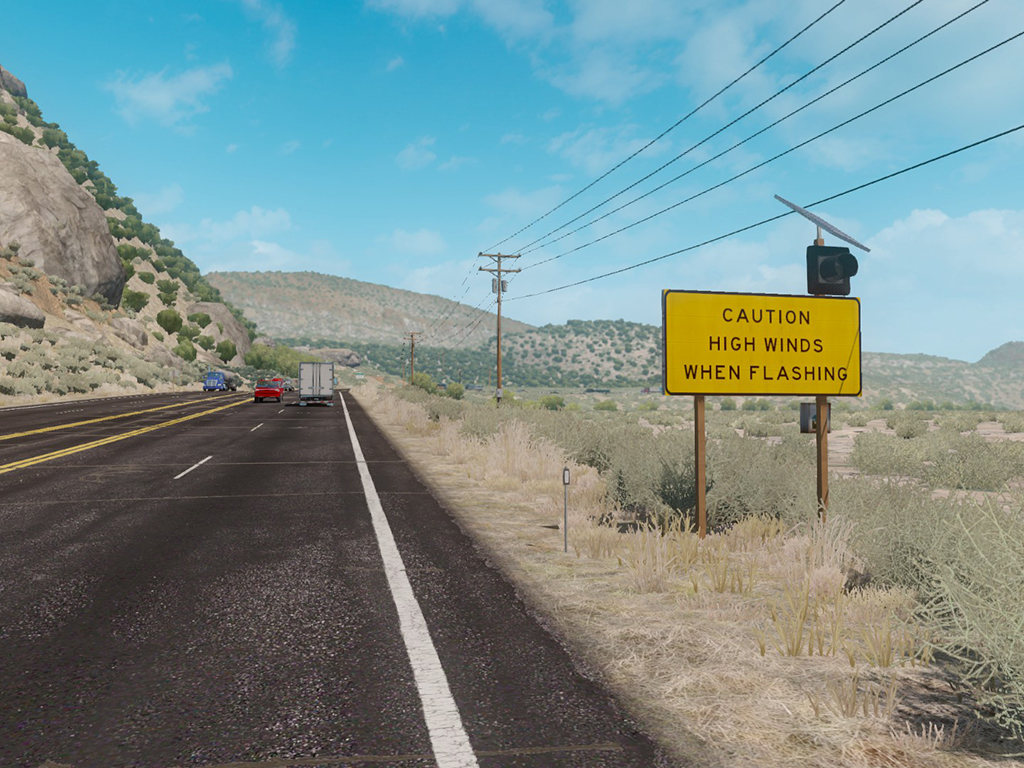 I happened upon this while doing some research for a bug report, so here's an example of alternately flashing beacons on the "stop ahead" sign near the intersection of US 70 and 380 in NM. The current in-game version is just the sign.
Top
Post Reply
28 posts