@Smarty well about that extra export option, try my suggestion above, I think it will be handy for ya.
Top 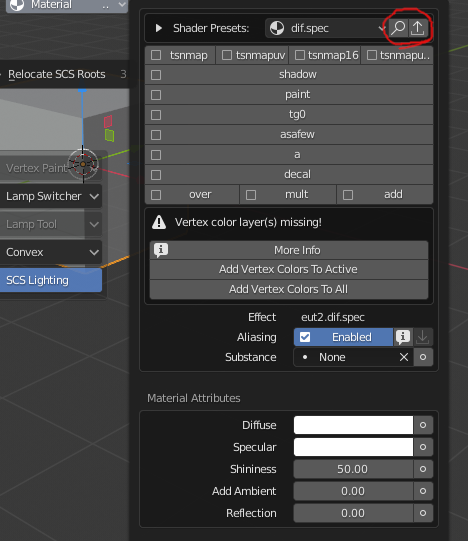 Yes, i have bad english

Something that would be very useful is some way to add a look to a selection of SCS roots, or otherwise produce a common set of looks in a selection of SCS roots. Right now, I have a group of railing and curve items that I want to add a common set of looks to. I'm forced to use one of these workflows:
- create each look (x6) on each object (x16), for a total of 96 times adding and naming a look
- create the looks in one object, and then copy and relink the root 15 times

...at least I can synchronize material attributes across objects afterwards.

I can think of two potential solutions:
1. An operator within the SCS Looks panel, "Add look to selection" which will prompt the user for a name for the new look and add it to each SCS root in the selection, skipping those who already have a look with that name.
2. An extension to the Copy Attributes plugin, "Copy SCS Looks" which copies the look list from the active object to all SCS roots in the selection, if the active object is an SCS root.

I'd like to suggest that SCS locator objects (and maybe other drawn elements like prefab paths, etc) be classified as 'Extras' for Viewport Overlays so that their visibility can be toggled more consistently with and at the same time as other visual guide elements like empties, text, outlines, etc.