Forum rules
SCS as a company do not wish to have paid mods on this forum. While we understand that not all paid mods use the Intellectual Property of other companies/people, it is very hard to moderate what is and isn't acceptable when money is involved. There are also concerns that it could look unfavorable to potential work partners going forward if SCS allow mods that may potentially use unlicensed branding.
Posting in the Mods forum (ATS and ETS2) is restricted to sharing free-to-the-public mods and providing support for mods. For more details, please check chapters [4] and [5] of Forum Rules.
Post Reply
67 posts

I decided to create a new topic for this mod as it's diverged a bit from the ATS version.

Where it came from:
Someone anonymous did one for earlier versions of both games but it didn't get updated after an SCS update. It was credited to Jazzycat but although it used his truck models it never appeared on his web site, so I assume his participation was without his knowledge. This one is based on what the original did, but only uses SCS models, has been kept more or less up to date and has had extra bits added to it.

What it does:
Adds drawbar double, HCT double and B-Double trailers in ETS2 traffic. 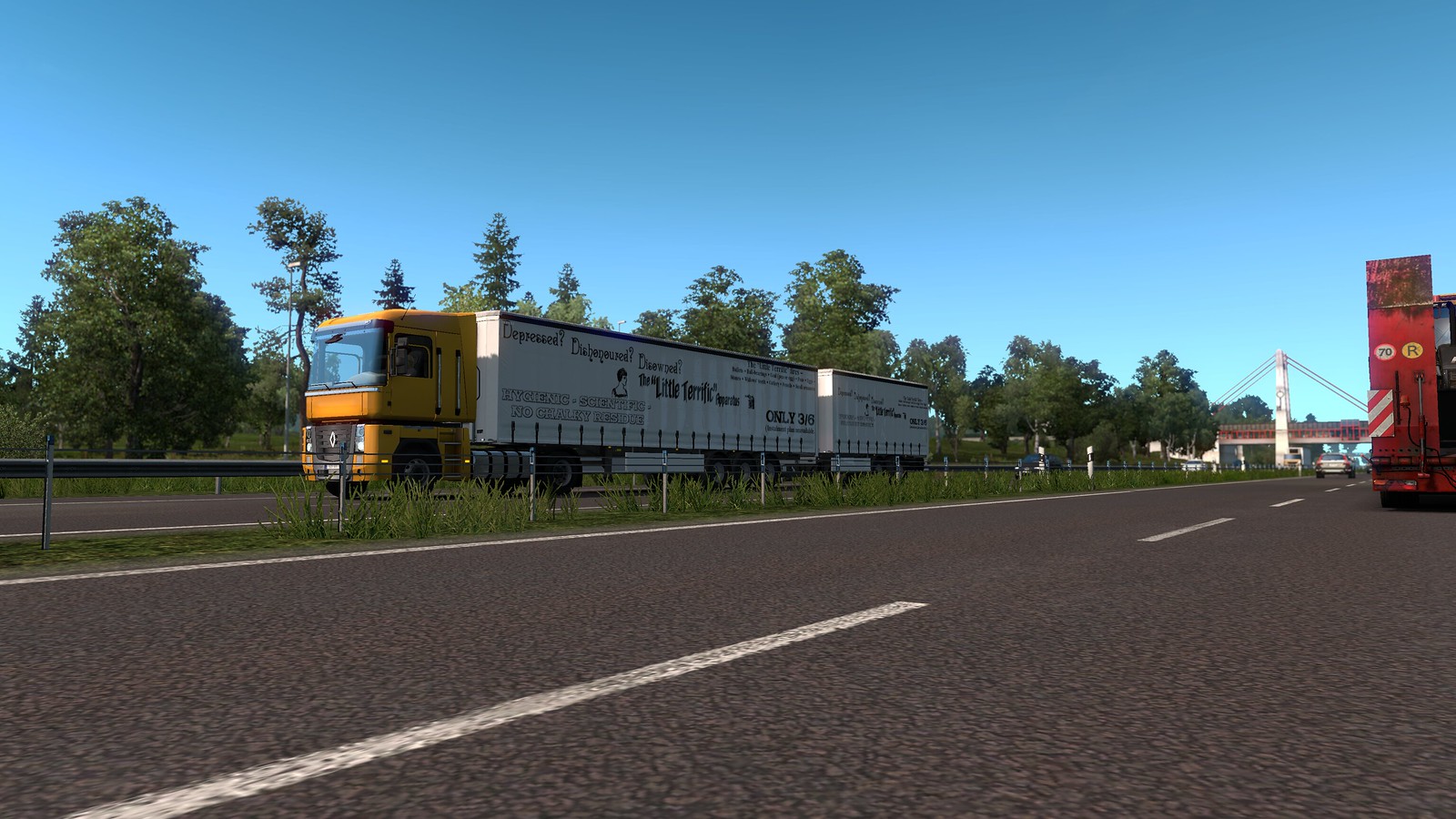 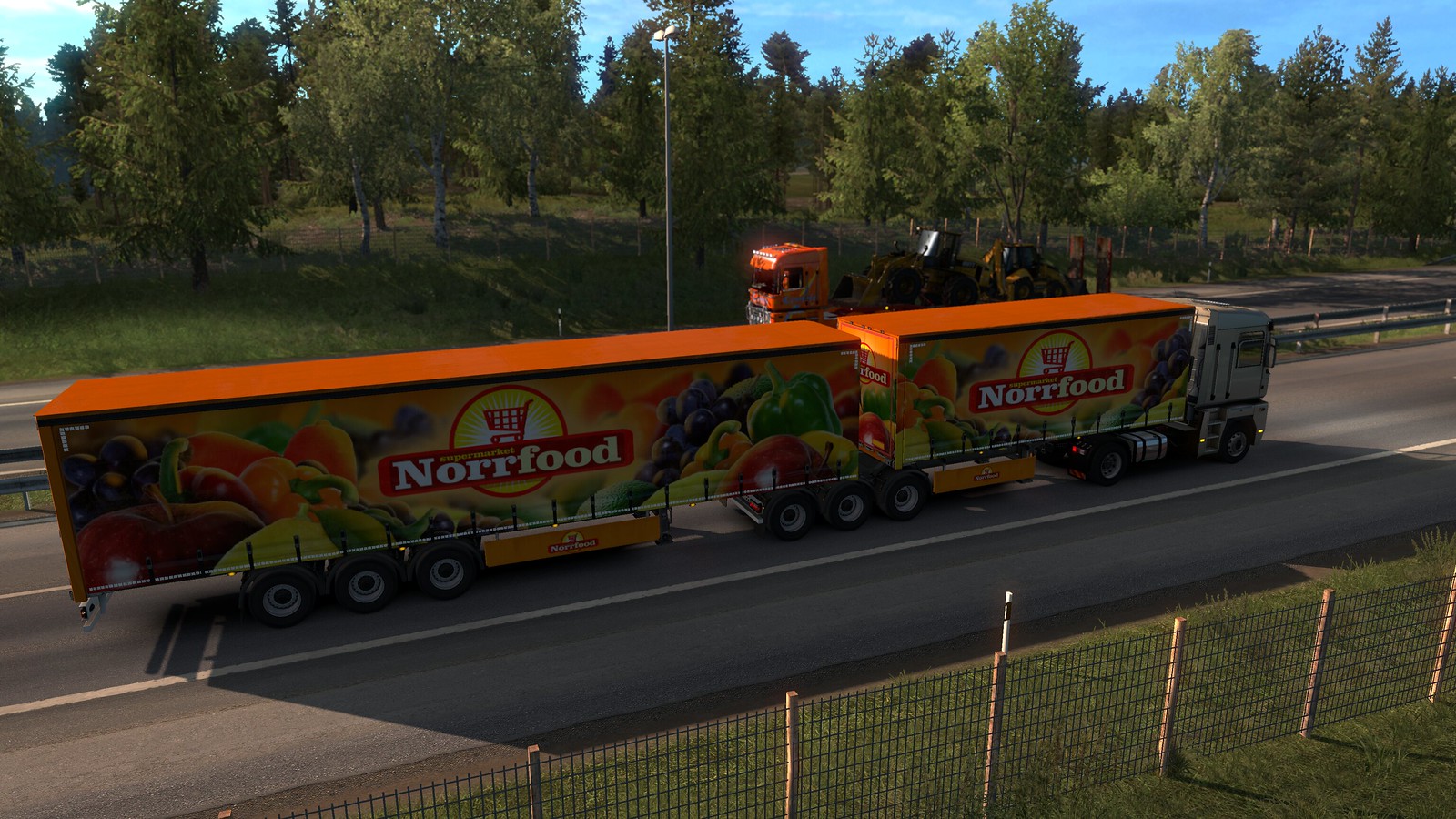 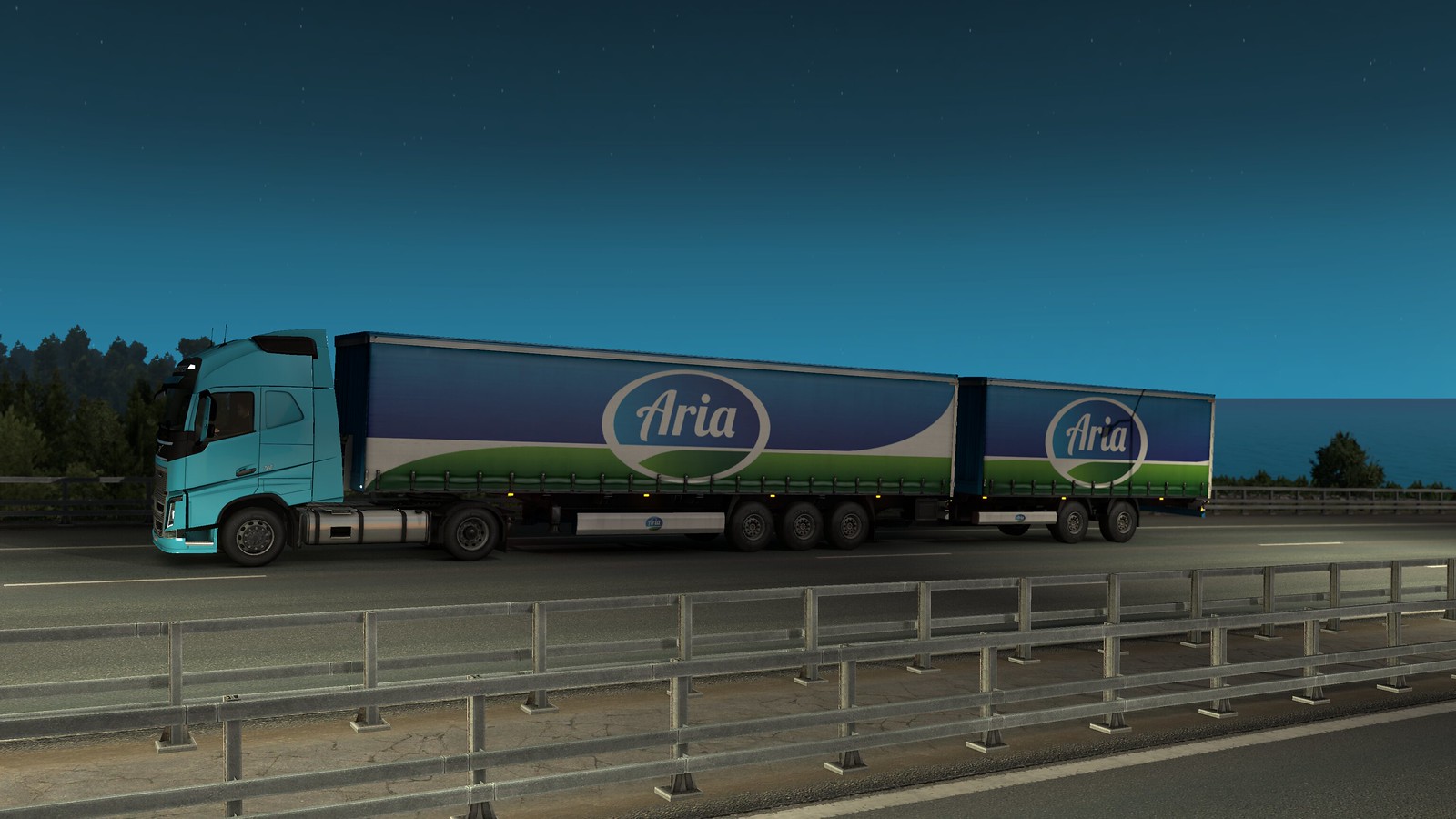 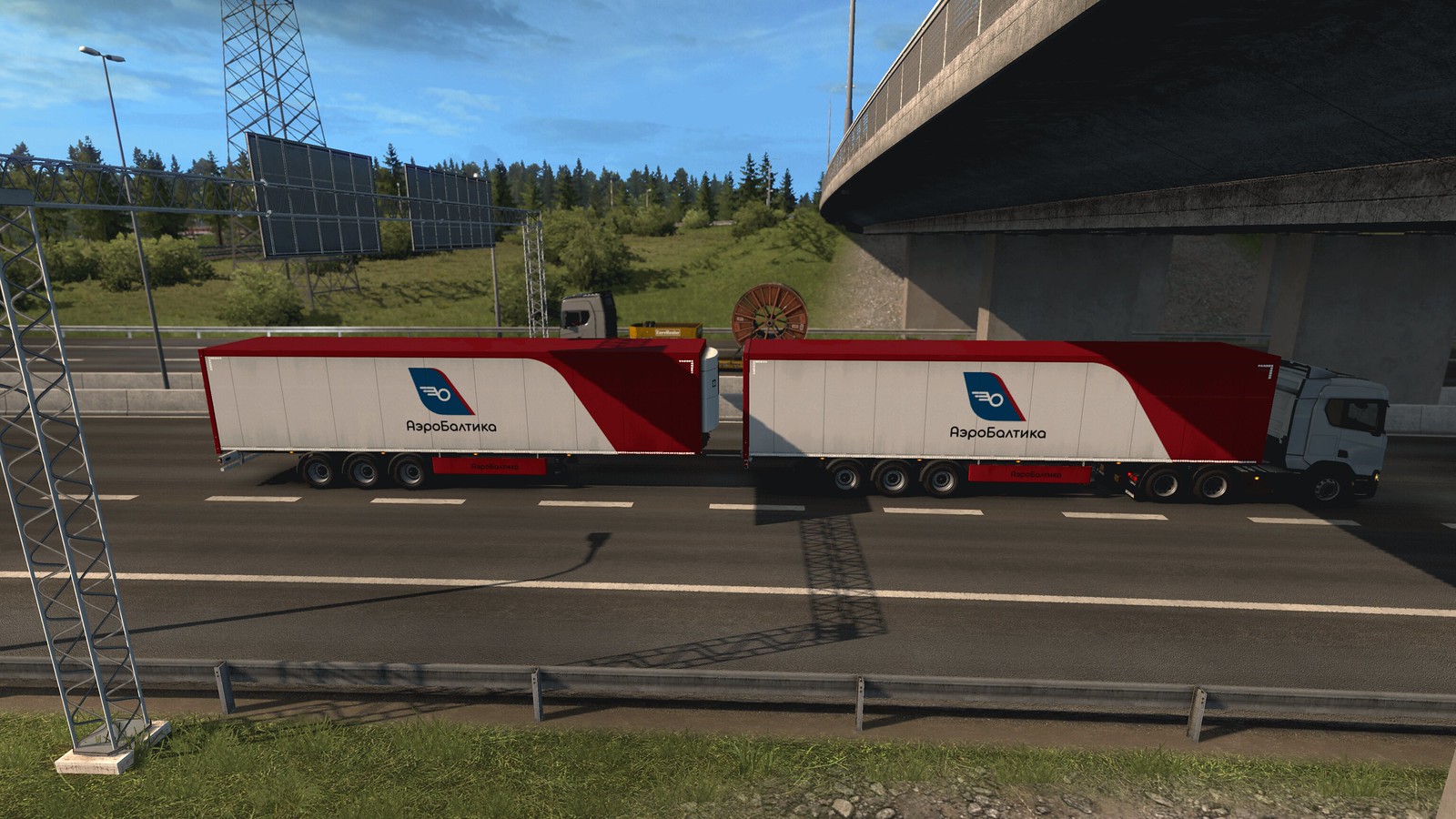 dolly_invisible by Mr Larrington, on Flickr. Note stealth dolly (see below) to confuse the police... 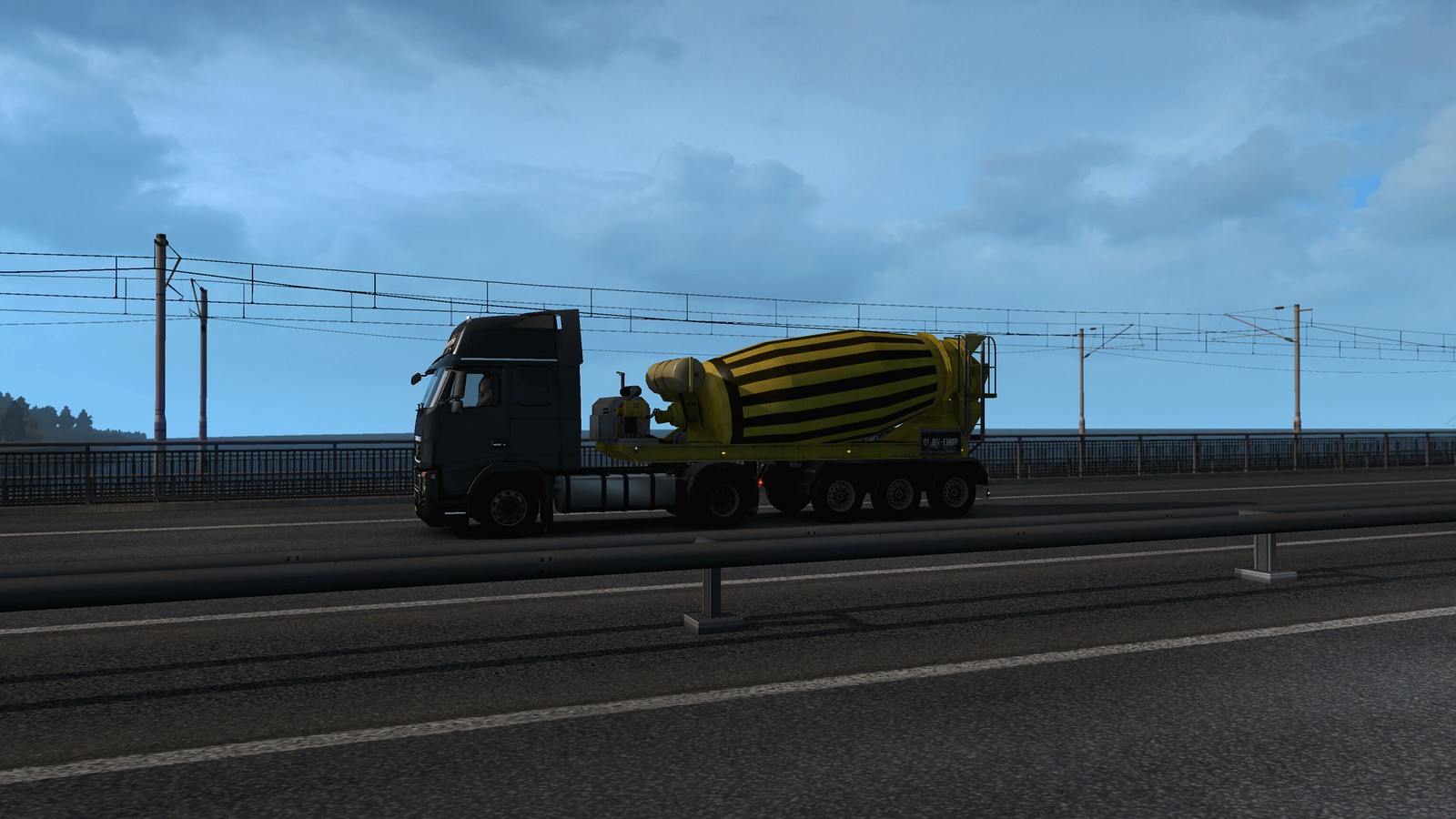 cement_mixer by Mr Larrington, on Flickr. It revolves too!

Real companies mods should replace the SCS skins with their own. The mod has improved truck colours, courtesy of the inestimable cipinho of this parish, who also pointed me in the right direction over the traffic rules which make the whole thing work. Sound, however, has reverted to the default SCS sounds until the unravelling of the new sound system is complete.

Where we are now:

Put it above the base ETS2 Double Trailers In Traffic mod in the mod manager.
Known issues:
See the description text files in the mod for the countries/regions in which the trailers appear, and how to make them appear everywhere if that's what you want.

If you are using cipinho's traffic density mod (or anyone else's, come to that) then it must go ABOVE the double trailers mod in the mod manager.

This is a "bare-bones" mod and you are actively encouraged to take it apart to see how it works and put your own trucks and trailers in it.

Very nice! Sadly SCS is not adding this stuff on their own...

For some reason the country restrictions don't work with this mod. I think its because of the spawn ratio line inside the def file. I tried to delete it and see if it works but it doesn't. Is there a way to make this mod work with restrictions?
Top


the solution for this is to modify in config or console:

the default is 1. with 5 the wheels will no longer come later

Does the addon for Baltic go above or below the "base" mod? Or does loadorder not matter?
Top

@Dark81Wolf - the add-on needs to go ABOVE the main mod as it adds an extra truck vehicle type to tow the new trailers.
Mr Larrington
President & CEO: Interllama, Inc.
a bit ov a lyv wyr by slof standirds
Top

ok thank you for the answer, just making sure i activate it on the right spot

this is a great mod, fits really well with Scandinavia and Finland. I have a reasonable performance playing with low-end hardware, cant say the same with Jazzycat traffic mods...

Btw, I would like to ask you one question. How can I tweak the HCT in Finland for less spawn? I have a feeling that they appear too often, at least for my taste. Doubles and B-doubles on the other hand are quite fine.
Top

I wanted to see an update of this mod, it's one of the ones I like to use in my game

I'm looking through the files and i can't scratch the surface with what to do when the files are in .sui format. I dunno if using trailer_chains[] will work for these files. I edited an old Solaris76 tandem file that had 25m and it works fine because it was a simple edit.
Last edited by mizterkewl on 22 May 2019 15:33, edited 1 time in total.
Top
Post Reply
67 posts