by xeviax
@Mr Larrington, ETS2 1.38 breaks the mod again. Hope we will see the update soon.

by LAFAYET47
Scandinavia in the game without this mod doesn´t feel at all like Scandinavia. There is no way you will find there just the simple-boring truck & trailer combo like the rest of Europe. It's really a mystery why SCS haven't added to this day the doubles/b-doubles and even HTC in traffic (ofc with really low spawn rate due to stupid AI) contrary to ATS where we have double-triple pups and even rocky mountains AI trailers.

I will wait for a proper update since I have one of my main profiles based in the nordic countries and I can´t play without this mod.

by Mr Larrington
Hopefully the ETS2 version won't take as long as ATS because:
Stay tuned - I haven't forgotten!

by xeviax
Thanks for the update, @Mr Larrington.

by xeviax
@Mr Larrington, today I saw some double and hct in Turkey, which is odd as I have doubles in selected country.

by Mr Larrington
w00t! Mods appear to work unchanged under ETS2 v1.39. Because I am nice, I have created a bijou mod-ette containing the same trucks as the base ETS2 Double Trailer In Traffic mod, but using CIP's sound mod. Download it from here:

Hold this picture of a Renault T 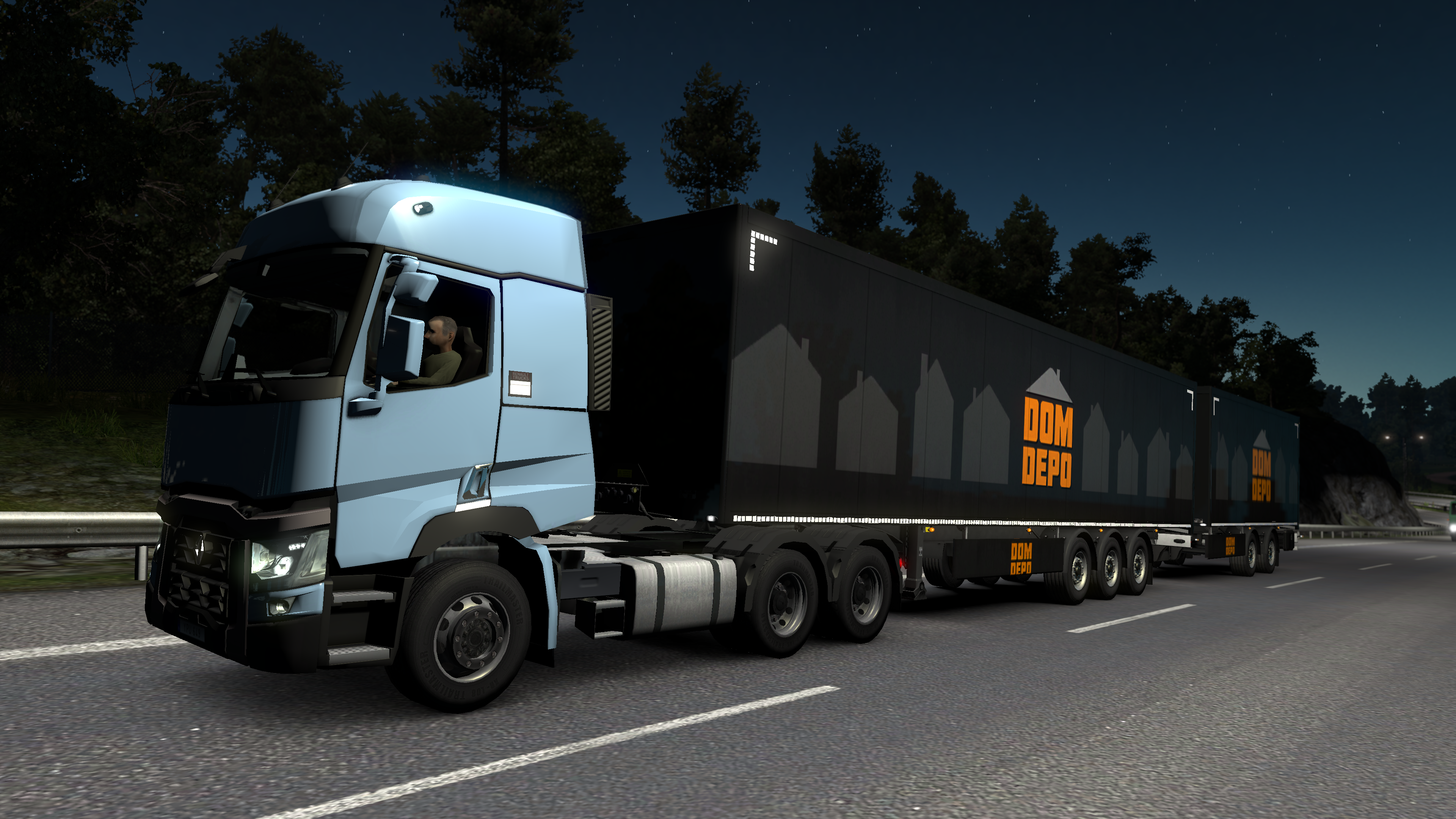 up to your ear to here the difference...

@xeviax, the default for Turkey is for doubles but not HCTs so I'm not sure what's going on there.

by Aura3
Hello @xeviax
i need your help for a mod can you send me a pm,i'm new here and don't know my way around so well sorry for my google english