You know the 66 stretch west of Albuquerque? Rumble strip there plays a tune of some sort. Has it always been like this?
WoTr
Top

Do you mean east?

Only since New Mexico's release

Never argue with idiots. They bring you down to their level and beat you with experience.
Top

Yeah, of course east. Never noticed it before (or knew about such a thing). Got wtfed today.

All the "adopt a highway" signs throughout the CA rework would be good to add here too. There are a lot of references to Devs like "Racertoft Speedway" and "Nemiro's Driving School"
Check out my Michigan research map!

Check out my ATS IRL map! -> Leave any feedback in my thread!
*Colorado added! LA, and San Diego are unmapped out of protest for their future rework*
Top

There's also one in Yakima, which makes me wonder wether this is an easter egg or not. Also, I'm not familiar with Ilona beauty salon; to what is this a reference?


rbsanford wrote: ↑
05 Mar 2021 16:03
I have another egg to add for that section: Marty's Antique Furniture Shop, which is a reference to Frasier.


I've also found Patrik's Pancakes (buy three, get one free) in Granada, CO, just south of the railroad crossing, but there might be other locations.

If there are others then it might not be an easter egg after all. Besides, on the sign it's 'Patrick' instead of Patrik. But for now I've included it in the list.

I don't know if those NPCs should be count as easter eggs. There are a whole lot more places with kind'o special NPCs, like two dancing guys with music in Twin Falls, ID, or a basketball player in Idaho Falls, ID, or a horse broken loose somewhere at US-385, CO, workers who are cleaning up a small creek in Montrose, CO, etc. And I think those NPCs are awesome. They make the world much more alive. But I don't think most of those NPCs should be counted as easter eggs. Unless there is a special story with those NPCs to tell. But that's how I think about it. I don't know how you guys are thinking about it. Should these kind of NPCs also be treaded as easter eggs or not?

This musical rumble strip exists in real life. Therefore it's not an easter egg. But it's very nice to have these kind of surprises in ATS.
...also ETS2 v1.38 versions available. Works also in v1.40.
Top

Ilona is a former ETS2 map designer and currently a producer at SCS Software. There are a bunch of such parlours in the map.
Screenshots thread: ETS2|ATS 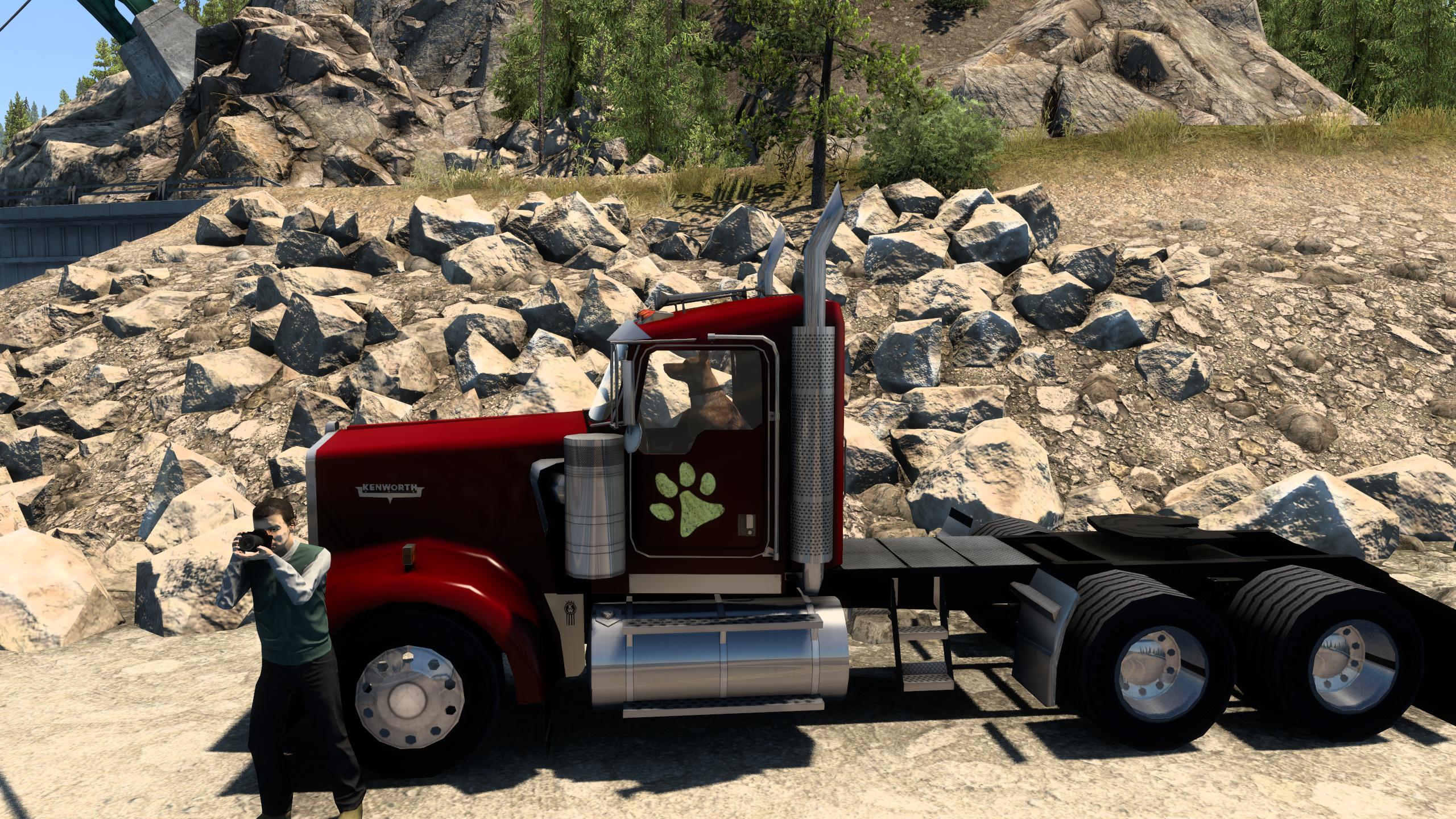 Nope, it's TruckerDog reference
I found it shortly after Colorado DLC release and he confirmed that it's a reference to him

Yeah, it's @TruckerDog driving the truck.