Back in 2016 when SCS visited PACCAR, they did take pictures of a T880. I know it's quite a while ago, but perhaps they are still working on it. At least I hope so. I'd love to see it in ATS.

Heck yeah I did, lol. I was soooo pumped this morning. I have been waiting and waiting for this post. ATS had to get this, it just had to. I would have been sooo heart broken if it was exclusive to ETS2. With SCS's silence and not confirming that ST was at least a thought when I asked several times in other post, it became obvious that ST is in the works for ATS. So I started backing off a little. It was just a matter of when would they tell us. I figured 2018 at some point but not this early. I am sure we may not get it until spring or summer. But hey, at least I can now rest in peace and not get so worked up. I held my word though and I refused to buy ST for ETS2 until I got confirmation that ATS will get the same treatment. I now have no problem buying ST for ETS2 to support one more dlc for SCS.

I know we will get some cool cargo trailers for ST and I can't wait to see them. They won't all be the heavy haul type. In fact, I think ATS's ST probably only have 3-4 cargo loads that uses the heavy haul tailers. I am betting SCS modders are having a ball making US style configurations for ST trailers. The large wheel-less dump truck that is actually in the game files will be one. The mod is great but SCS will have an escort for it and will make the mod useless for those that will actually purchase ST for ATS.

The perfect thing about ATS, is that the map is small. As they are building new states, ST can be programmed at the same time the state is being built. ETS2's map is larger and a little more dated so they probably had more issues getting it to work. Since ATS started in the Western part of the US, it will also be the most challenging with the Rockies Mountains. The Central plains could introduce even larger cargo perhaps in due time considering it has flat lands.

I sooo love this sim, lol. I can't wait to see it blossom and steam roll ahead. The next 2-3 years will be very very exciting to take this journey with SCS. I may talk negative or get on some of you guys nerves sometimes, but I would consider myself a big critic and huge fan of this game. I can see and feel the potential sooo much that I can't stay off this site or the blogs for one single day. I have to know what's going on and be apart of all the gossip.

@TruckSimChris. Since you are already in Wa. Help us out. Okay.......here is the plan. We need you to sneak into Paccar at night one weekend, go to the executive's office and steal licenses. Forge it and send it to SCS. I will pay the postage, lmao. If only it was this easy, lol. I will remain optimistic that someday, ATS will get new licenses for more trucks.
My post are only thoughts and ideas. Don't assume it makes ATS.
Poll: Choose Next 2 ATS States
ATS Flatbed
ATS Special Transport
North American Agriculture
Texas Discussion
Top Sheesh, would it kill ya to post a link to the trailer you showed?

This is a European team we are dealing with, the last thing we need is another Chinese trailer screw up.

But this one can take 85 tons and is steerable and not wide either unlike the white one they had up there. But if ya really want to go nuts: This is not special transport material but:
Front jeep one and only axle is lifted (or I thought it was) and apparently the dozer can be remote controlled.

Anyway from this picture: 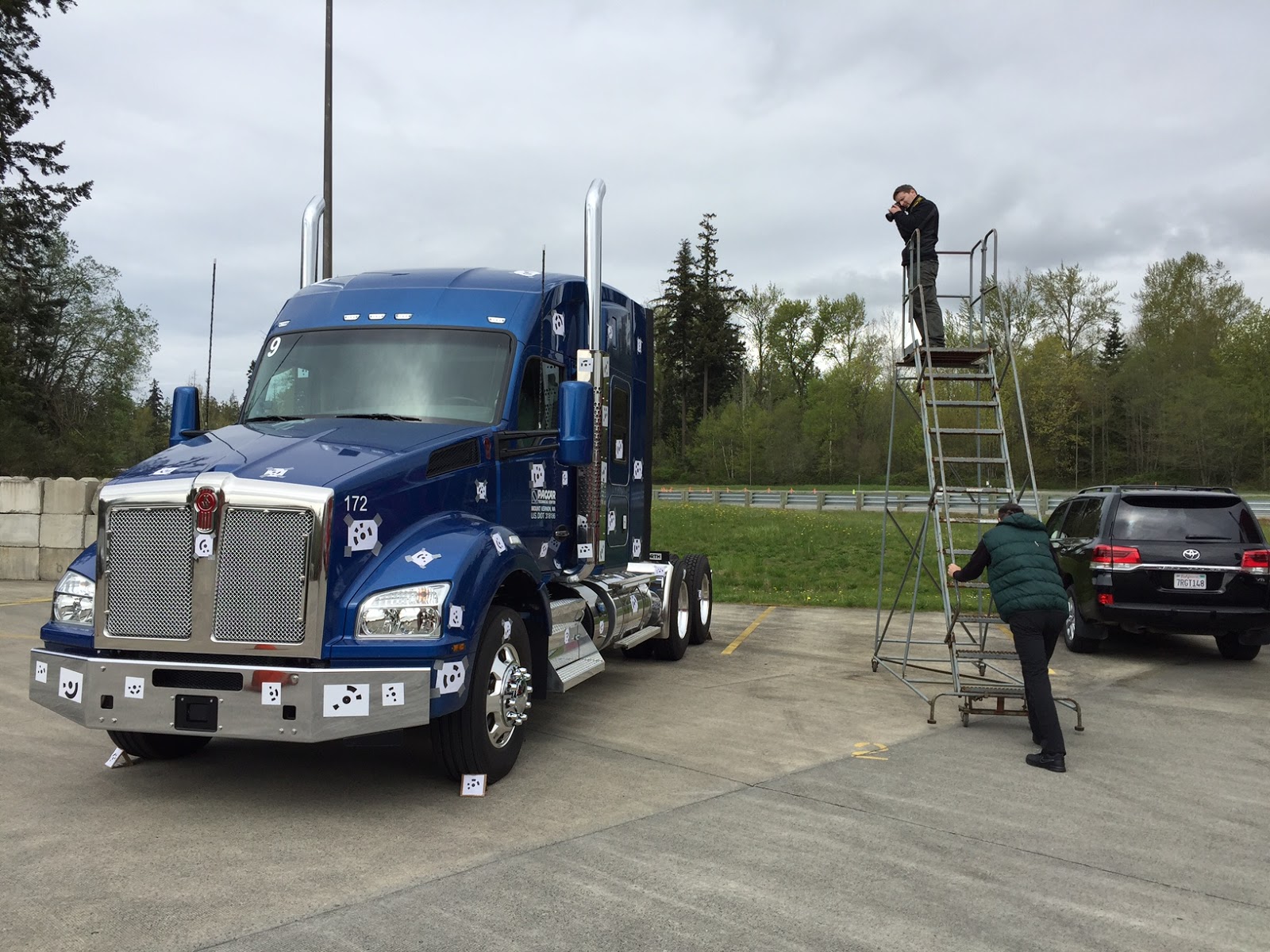 It'll be nuts to think that this truck won't make its way into ATS... dem lawyers must be stoned on some hard ****
Top

If the logging industry is a focus for the Oregon DLC, then some logging type trucks are a must. SCS has already teased some new trucks for ETS2, perhaps there's also something for ATS.
Top

I am assuming we won't get any ST trailer that require an operator to control the axles. I would think SCS would have to keep it simple and not make it a royal pain in the butt to navigate turns. Here and there, I get in trouble with the heavy haul with the spreader. The AI don't help either. But after watching some of the ETS2 ST videos, I do like how the escorts pick you up once you get to the main roads to start the trip. As long as the escort does its job and actually push the AI or get them to stop short of an intersection so that we can turn in, things should work out fine. I am sure they learned from ETS2 on what not to do. At the same time ATS has wider roads.
My post are only thoughts and ideas. Don't assume it makes ATS.
Poll: Choose Next 2 ATS States
ATS Flatbed
ATS Special Transport
North American Agriculture
Texas Discussion
Top

Logging generally isn't classified as heavy haul nor do they need escorts. Oregon (and the Pacific Northwest in general) logging was already discussed in the proper topic here: viewtopic.php?p=865756#p865756

), that last video is actually from Canada. That's a Canadian configuration hence the short one-axle jeep. Their weight limits are way higher than ours so they get away with less axles and shorter wheelbases than we're allowed in the US.

hmmm... well then.... I would've gone and created a Canadian screw up

This is a way better example:


The ship itself is pretty much a heavy haul ship, anyway I did say elsewhere that the steer.... (not really sure if I can say axle), should be scripted throughout the mission.


And just keeping everything to one post:
We don't need no trailer to transport trucks... although it has been a long time since I seen them being transported this way. This is called piggyback truck transport (or at least that is the best way to search it up)

I would love to have some piggy back loads. With multi pivot, it should definitely happen. Perhaps Oregon and Washington can house Daimler and Paccar and we can have such a load to deliver trucks to truck dealers. When multi pivot point debuted last year, I thought I remember seeing a mod for such. This may not be Special Transport, but definitely worthy of being cargo in ATS.
Last edited by flight50 on 23 Feb 2018 17:11, edited 1 time in total.
My post are only thoughts and ideas. Don't assume it makes ATS.
Poll: Choose Next 2 ATS States
ATS Flatbed
ATS Special Transport
North American Agriculture
Texas Discussion
Top
Post Reply
447 posts