Re: My ATS concept map for future state DLCs

flight50 wrote: ↑
10 Jul 2019 23:45
Everytime I see this map I am super impressed and I get super pumped....like super pumped, lol. I love what potential lies ahead. Your giving a little hope to people that can not visualize the possible road network coming.

That's only a part of US. There are a lot of places in US and not only that also Canada and Mexico awaits for take their places in the game.

Also if we look at the products of truck companies since 2010 this game can have over 40 trucks.

Scenic variety, truck variety, truck customization, road variety.... I can't imagine the potential of this game. Maybe some of the people loves ETS2 but this will be something else compare to the European brother.
Top

I'd say if they don't get the dlc that has (x) city is in, that in on them. If you want the dlc with (x) city, buy that dlc. There are not a lot of dual cities like that in the US so it really shouldn't be an issue with SCS marking Texarkana for Texas and KC with one or the other. KC probably goes better with Missouri though. But its fine if you disagree. SCS may not have a way to make a city available for 2 different dlc's.

@freeze338. Yep and that is the greatest part about ads678's map. As busy as it is, it only covers 1/3 of the US alone. There is another 2/3's left plus Canada and Mexico. We will get ProMods for Canada until SCS can get to it at least. But that is years away. Greatness awaits for sure.
DON'T BUY SHIFT KNOB FROM CSIO OR TA! YOU'VE BEEN WARNED!
*Poll: Choose Next 2 ATS States
*Poll: ATS Flatbed
*ATS Concept Map
*ATS Special Transport
*North American Agriculture
Top

@flight50 I agree with you on KC! Missouri DLC without KC looks a little weird! IMO Kansas DLC probably will terminate in Topeka!
Regarding Kansas Map, I think 18 cities is too much for a state in size of Kansas!
Top

Maybe they'll do what they did with Ontario, with a little bit of the other state included? It seems wrong to have a Kansas DLC without Kansas City. Meanwhile, there's plenty of other major cities in Missouri (St. Louis, Springfield, Columbia/Jefferson City area), the lack of Kansas City in that DLC wouldn't be a big deal.

There's plenty of KC metro in KS to make part in KS, the rest in MO when it comes.
-Happy Truckin'!

Here's a simple test: is the city major enough to appear on the map twice?

If it isn't, put it with one DLC and treat it as a single city split across state lines. If it is, give it at least a token presence in both and treat it like two cities that happen to share a name. That's what makes the most sense to me.
Top

The major portion of KC is indeed MO, so no need for two KC's in ATS, although seeing Olathe and Overland Park would be a necessity in KS IMO. We'll see what SCS does when they get there. Definitely a unique area! 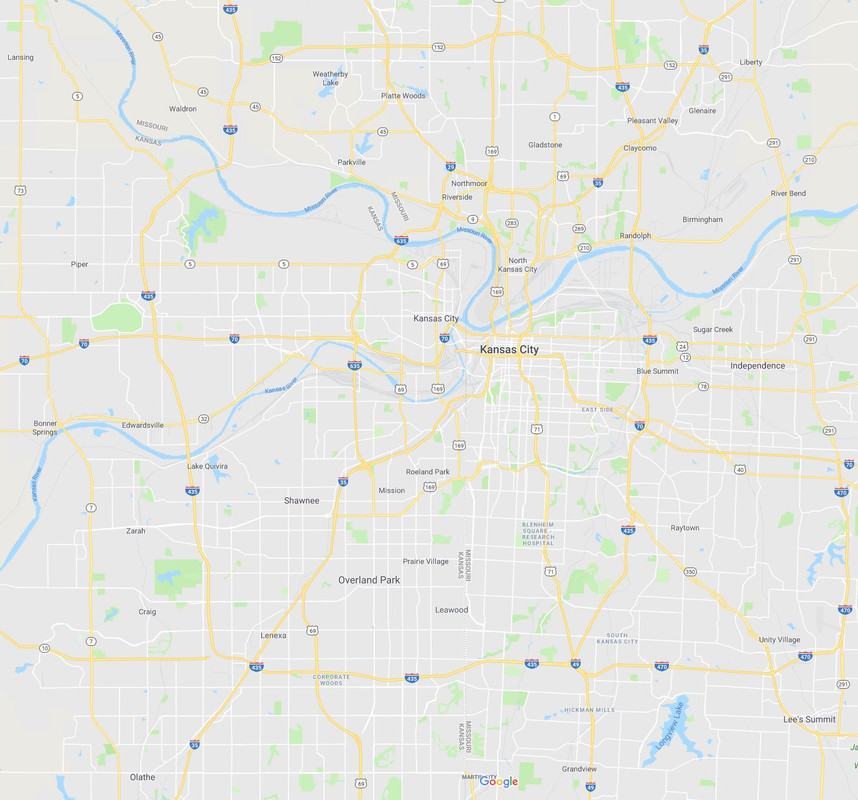 The "Overland Park" solution is, for what it's worth, already basically done in the game proper by Portland and Vancouver. So there's precedent for that, too.
Top

I agree with Sora about two different cities with the same name. These cities will have their own industries and appear in each state so there shouldn't be any issues. Only difference is that it should look like one city on the map, otherwise two marks next to each other with the same name would just look stupid.

Overland Park is actually a good idea but I think that there should be Kansas City in Kansas state, it just seems right, don't you think?

@fra_ba, road dencity in this state is very high so if I remove some cities I should remove some roads because they should go somewhere. But then it will look unrealistic. There should be some compromises because of scale. This state actually is second hardest for me after Texas because there is too many roads so you have to decide which of them you should use and which not. But if the scale is not an issue SCS could actually use all of them but It is hard to tell now what will they do.
Top
Post Reply
913 posts