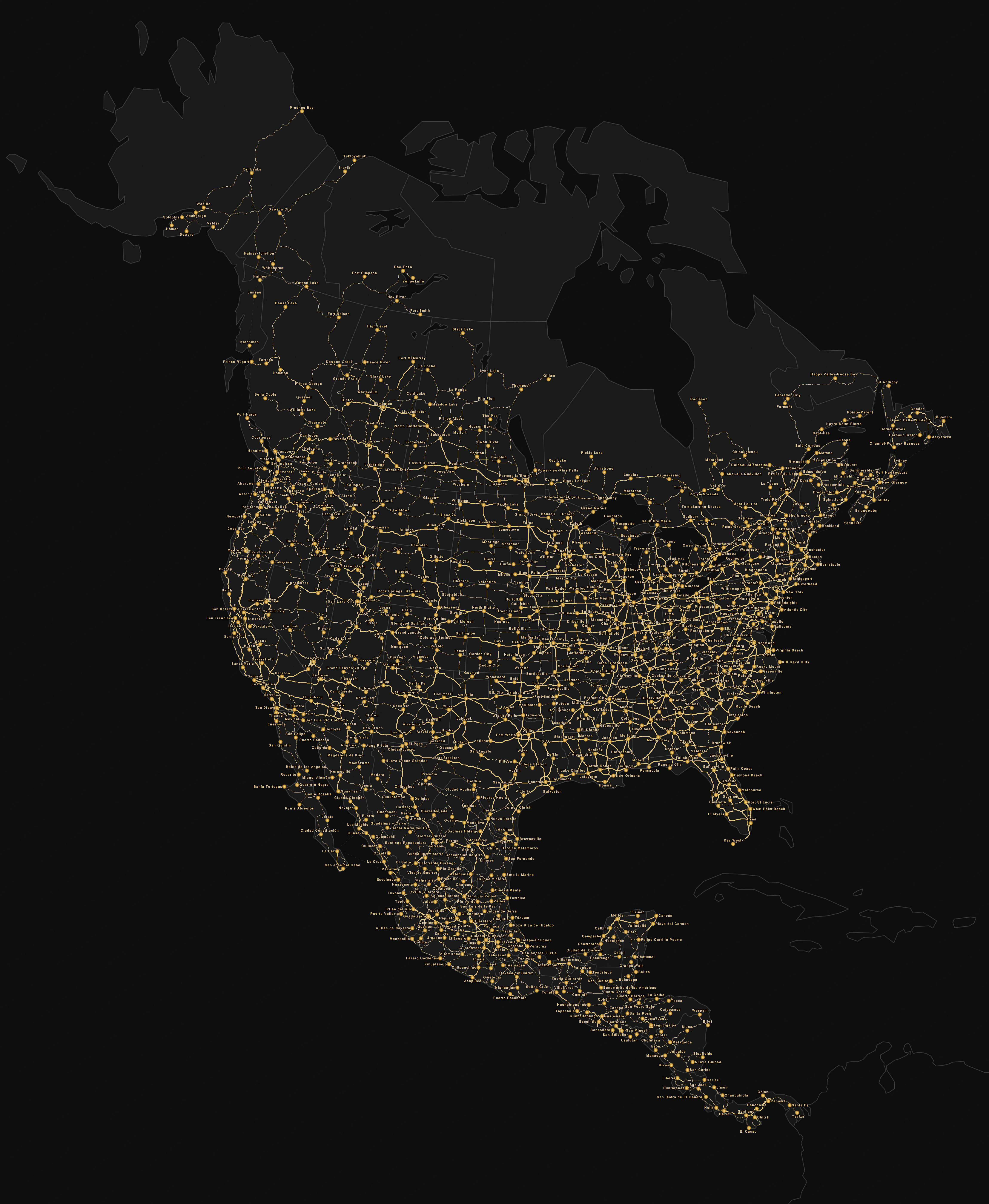 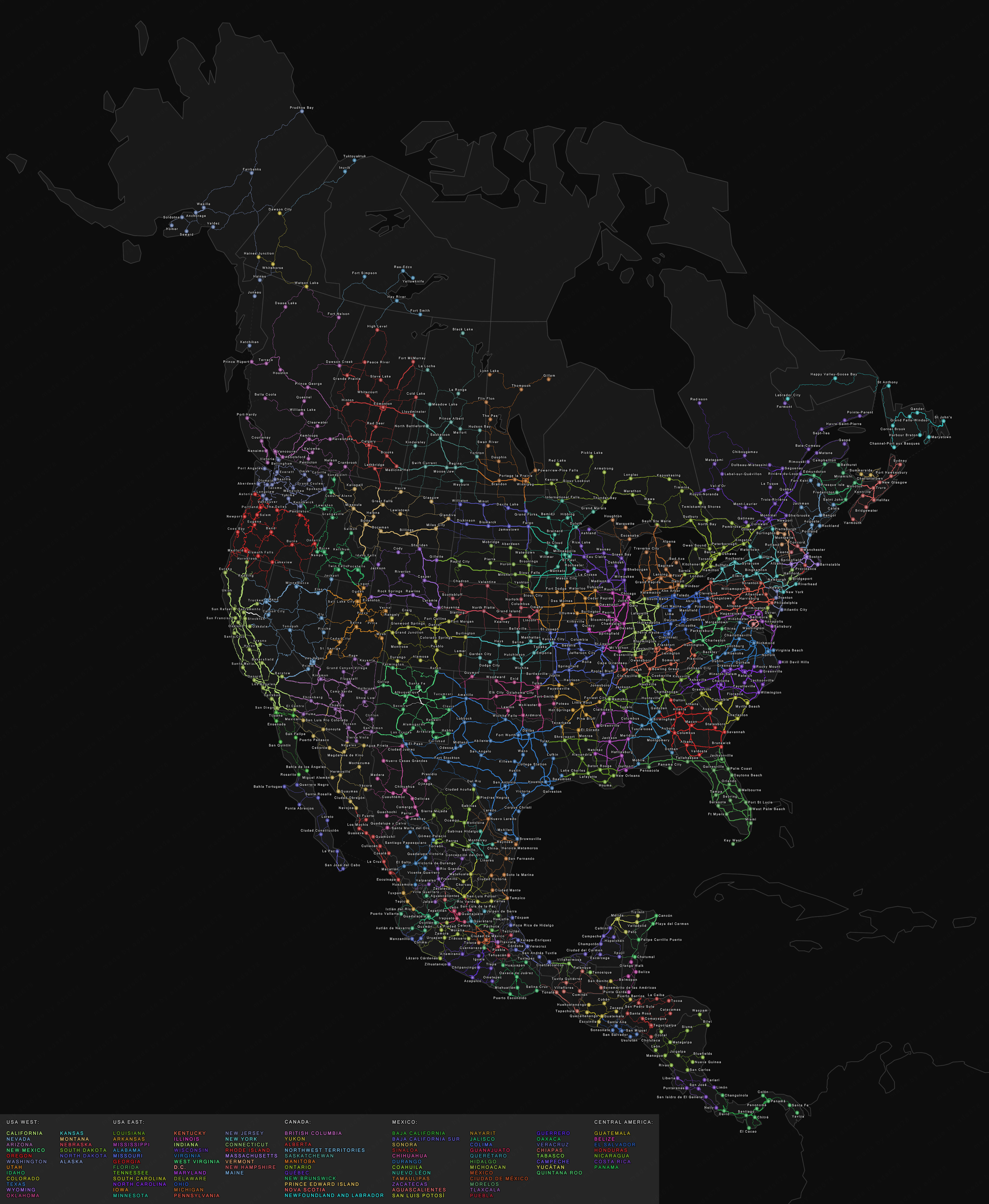 +My vision of California

by Shiva
That is quite possible.
I do think that there might be some smaller roads in some places.
And most of the cities/towns you named here.

by rbsanford
I'm sure there will also be more little spurs for mines, farms, logging camps, scenic points, and the like, and I'm sure mountain passes and other tricky bits of road will be more complicated. But as for the fundamental network, I'm digging this, and I think it's pretty likely.

I think this is the best ATS concept map I've ever seen. I'd love to see Kansas, Nebraska, and the Dakotas added to it.

by Gootho717
Awesome map ADS! I've bookmarked it so that go back and look at it.

by ads678
@Shiva, of course there will be many smaller roads, it is just basic scheme of possible road network. I used mostly main roads from Google maps. I'm not american and I don't know about all interesting places in USA.

@rbsanford, I think I will add Kansas, Nebraska, Dakotas and maybe something else in the future.

by Sora
One other thing about Wyoming: I'd sooner assume Laramie than Rawlins, but due to its proximity to Cheyenne, I suppose it could go either way.

Honestly the more I think about it, the more Wyoming seems difficult to do satisfyingly for the opposite reason as Texas -- there are so few large cities that it's not obvious what to include. And unlike Nevada, it actually has a decent share of minor ones. How annoying.

Obviously just leave Wyoming with no cities except Cheyenne and Casper

by flight50
Oh snap. Your not American ads678. You fooled me, lol. Your doing an aswesome job to not be from the States. Glad you broke out your map in its own thread. I subscribed as well. It will get lost in the other threads you posted them to. Thanks again for taking the time to make this concept. This concept map brings to light what we can have in the future. Making this thread also gives SCS a quicker reference to what fits. I'd probaly change the title to "ATS concept Map" though. Much easier to search for it.

As I mentioned elsewhere, we will all have our input on your map. Don't take anything personal though. You just did too damn good of a map and got our mouths watering now, lol. Yes there will be a few roads added that is not on your map, but I can promise you one thing.....you are not far off at all. Your map is 85+% accurate.

Mmmmm. Damn that Texas road map is hot. Now that's some density everyone can be pleased with. You just added pressure on SCS, lol. Thank you for getting something in the Big Bend area. Not a whole lot you can do besides what you got.

by fra_ba
Regarding Wyoming I think Riverton is more important city thang lander also it doesn't make so much difference since they are close to each other! Also I think Laramie and Douglas probably will be marked cities and Thermopolis and Torrington will be scenic

by LAFAYET47
Great concept map @asd678, I wish SCS could take a look on it. The only "criticism" I might have is about Wyoming & Montana. These states, although massive, have so little population (1.500.000 inhabitans between the two) adding "many" cities like you did could unbalance the game economy. Too much jobs leading to these states is simply not very realistic. High density in both population and roads should be more in line with more relevant states. Wyoming and Montana are just the oppossite. I would lower the number of cities there for some reasons: besides the economy balance, for having a better taste of the loneliness and the nature. Driving long distances with just a few sparse cities around makes you feel you are in a remote place. Just as these states must be IRL. Also, less cities, less troubles for SCS. Its good for speeding up the development. In any case, this is just my opinion, you guys can of course disagree with me, lol.

Another thing that quickly came to mind after having carefully looking this map is why NM was decided as the first DLC back in 2017. I know this has been literally discussed thousand of times, but why not disscussing It again, lol. That was the origin of the issue with the hockey stick shape. I know SCS wanted to reach Texas as soon as possible and NM was on its way. But NM alone didnt have much sense if Texas wasnt the next. Instead they went for Oregon & Washington, making It worse with the L-shape or hockey stick. My point is that Utah should have been the choosen state back in 2017. But for a number of reasons It wasnt. No blaming ScS for anything. Things are going much better than two years ago. ATS has a brilliant future.

by Knightrider
Great job! Love looking at this.
All times are UTC
Page 1 of 92