It's almost 2 weeks since they showed us Cascadia. I think it use to be hype, but right now it starts to annoy users - as there is still no release date. Hype-driven release is awesome if the time between teaser and release is reasonable, and IMO 2 weeks exceeds that time

For the last days I checked webpage, blog and so on dozens of time per hour. But yesterday, and today - I gave up. Will be ready when it's ready

F4R35 wrote: ↑
27 Nov 2020 13:49
@Marcello Julio , the VNL wasn't released because people were requesting it whatsoever, I was a beta tester at the time and most of those bugs were already reported and assigned, they released it because Special transport DLC was on its way the same week! October was a busy month and SCS had lots of projects back then.
I'm not defending SCS here, just stating facts.

Yes, I know how it was chaotic for SCS, including it was a great time

But I said this because I remember that the same people who wanted to truck release quick, complained after finding these bugs. Let's imagine that SCS release the Cascadia and the truck comes with several problems, as much as they are not visible. You went Beta in the past, You know how these people will complain because the truck was released with hurry and etc. In this case, I say the people outside that forum core.
ATS and ETS2 is Hella nice!
My threads:
ETS2:
Iberia Discussion
2021 Map expasion Discussion
ATS:
ATS 1.40 Speculation Thread
Mack Trucks Discussion Thread
Volvo Trucks Discussion Thread
Top

Meanwhile people at Ft.Collins have already started to visit the dealership building as they are eager to place their order. 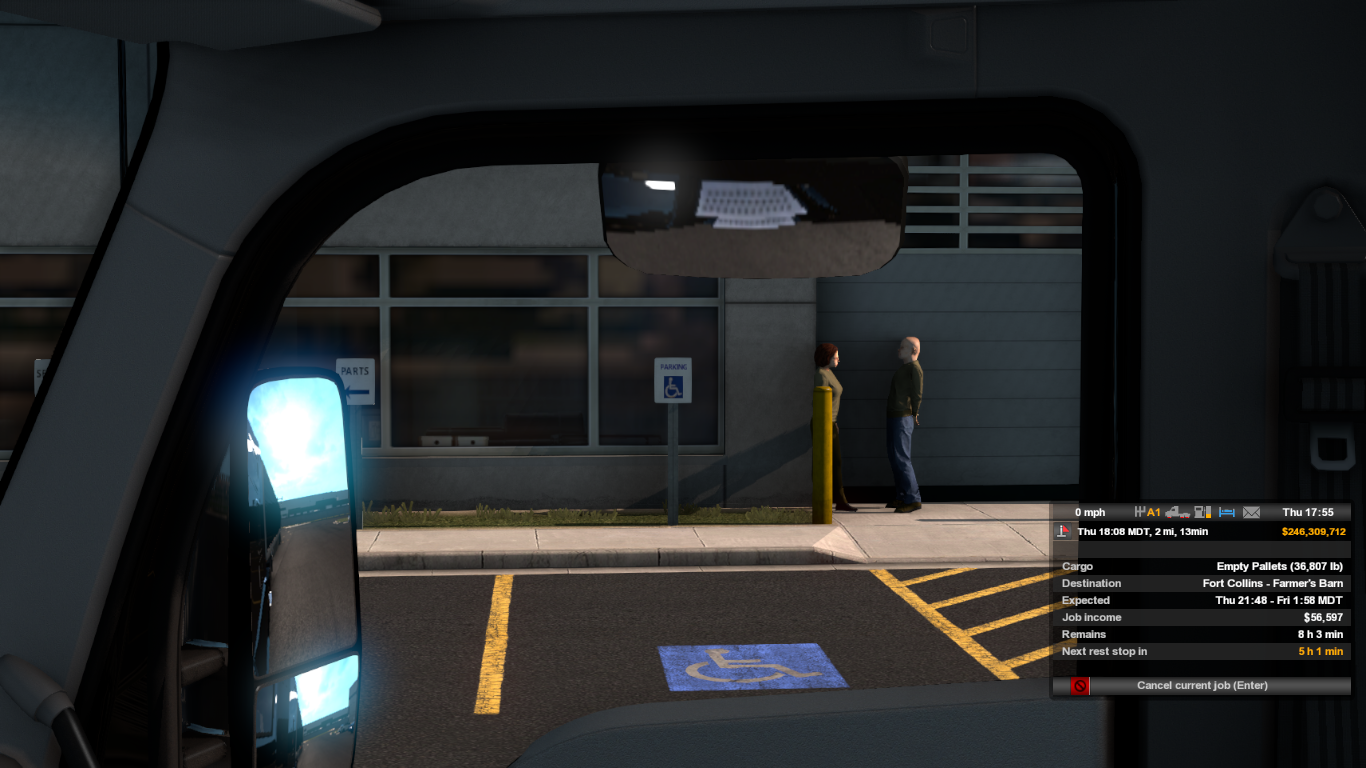 Bin_Cube25 wrote: ↑
27 Nov 2020 09:00
Latest rumour on those forums is that Daimler pulled the pin on the cascadia being featured in American truck sim or is not happy with something about the truck.


When these start to pop up (which is not SCS' fault), add to the silence from the devs it starts to get really unnerving. Who those [steam users] are and why they would have such information? (rhetorical question)
But as false as it might be, when there's no comment from the devs side one might end up thinking (even irrationally) about all these unlikely possibilities. I guess until it makes into the game we are gonna keep guessing.

My posts do not reflect official information and are just opinions.

Contracts and reputation for jobs
Top

I wouldn't worry about the rumors that they've lost the license

For one thing SCS don't even mention trucks anymore until all the paperwork is signed off, and there's no going back. Also They updated the Experimental branch a few minutes ago on SteamDB. You don't need to be Sherlock Holmes to deduce from that they're still testing it. Its been 2 weeks since they teased it. If months go by and we hear nothing, then we should probably be concerned. Until then there's nothing to be worried about.
World Of Trucks ID:393|Flickr|ETS 2 Screenshot Thread | ATS Screenshot Thread
Top

@thebigbadonion Agreed.
My posts do not reflect official information and are just opinions.

Contracts and reputation for jobs
Top

I think final approvals due to the back and forth fixes are pending. It's Thanksgiving holidays in US, so it got delayed. Also, they said "Soon". Not "very soon" or like with the release of the new WS "very shortly after".

About the issues mentioned in Steam forums, I hardly believe them. DTNA has a very good relationship with SCS and now, before the release, everything is bad again?

I can say the exact same thing about here too. You get criticized to no ends if you post something that the extreme fanboys don't like.

Six of one, half a dozen of the other...in the end both places can be pretty bad.
Top
Post Reply
3462 posts