If no quote always the post above
Office moved to Fort Collins, Colorado
Top

@plykkegaard Understood. I didn't compute the post is all. It seems like there was more to the sentence but the thought wasn't completed. Because in the ATS ST thread I referenced, the tower parts are much longer than the one on the lowboy we got for 1.39. Not to mention the one on the lowboy now is quite narrow compared to the ones in my link. Those towers are fairly bulky. They should be as wide as the truck or wider. I'd have to say they are undersized honestly but I was trying to keep my mouth shut and not complain, lo. Same with the towers on the ground in this pic https://1.bp.blogspot.com/-WUE9RI5X_Bc/ ... 600/05.jpg. They are way too small.

The towers in the link below, both laying down and standing appear to have more girth than the lowboy in 1.39eb. Unless the Colorado dlc adds the larger sizes with the dlc itself, the current tower part we can access now is undersized.
https://1.bp.blogspot.com/--Yi3d1TKemA/ ... 600/08.jpg

The 1.39 part sits in the well of a non extended lowboy. In real life, I believe the well opens to about 29'. That tower part is the default length of the well. I would have assumed this tower part goes on an articulated lowboy and mounted sitting over the well so that it can extend the full length of the trailer or at least close to it.
My post are only thoughts and ideas. Don't assume it makes ATS.
Poll: Choose Next 2 ATS States
ATS Flatbed
ATS Special Transport
North American Agriculture
Texas Discussion
Top

A very interesting video of how wind generators are assembled

each part is assembled from 2 or more smaller pieces easily transported with the available trailers
There are naive questions, tedious questions, ill-phrased questions, questions put after inadequate self-criticism. But every question is a cry to understand the world. There is no such thing as a dumb question.

Yes I see windmill transport sometimes, it is done outside rush hours
It should have taken a screenshot of that sad excuse of a windmill tower
I were excited until I saw the actual load

Yeah I posted a couple of assembly videos in the Colorado thread I believe.

@Deezle What a beautiful combo!

@Deezle what rims do you have?
Top 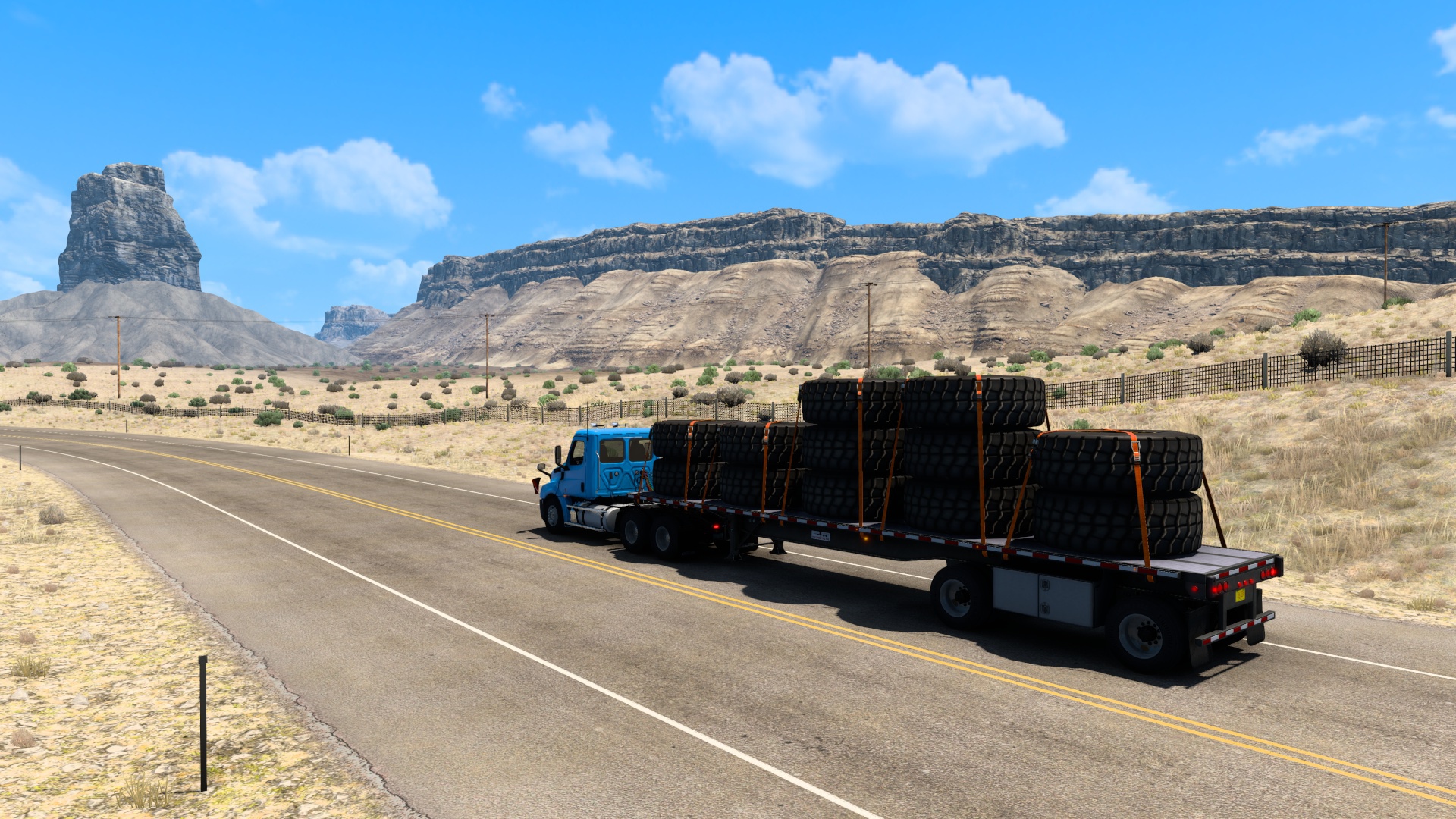 Maybe not this size, but something in between could do it

If they take it out the well and make it go to the rear of the trailer with taller mounts, that is feasible imo. But ST needs to bring longer single portions.
My post are only thoughts and ideas. Don't assume it makes ATS.
Poll: Choose Next 2 ATS States
ATS Flatbed
ATS Special Transport
North American Agriculture
Texas Discussion
Top

I don't expect we will ever se the schnabel trailer in game, but it could be nice