as much i normally support scs by buying there dlcs and im expected some flack for this but im hoping that this update was a bad joke. only the standard rims for the back can use the new tire skin the wide front tires. i was surprised even to see those. why isnt there a new tire skin for the trailers? after all this is a game. i dont want to seem ungrateful and im happy that updated it but it seems like they just did a 1/2 job on this. I fear for if ever the name brands come to ats for tires.
Top

I wonder if it has something to do with having to do lots of changes that they will have to do later anyway, I'm sure it will all come eventually. Think that is the problem very often in these games, they have to pick and choose, it will all come togeether eventually, just taking time xD

I've never seen a driver/company put heavy duty off road tires on a trailer, and frankly, it wouldn't make sense to do so. It's common practice to use steer tires on trailers here in the US. I figure it's probably the same in EU.

Maybe some would like to see super singles for the trailers?
Office moved to Fort Collins, Colorado
Top

You can already put super singles on trailers, however, I did notice that the newer super single rims they added weren't made available for trailers. Maybe that can be reported as a bug.

For the life of me I can't even buy it, due to already owning a Wheel Tuning update that was released in April.
Top

Relax, it is an free update to owners of the Wheel Tuning Pack

Oh thanks, I need to check it out
Office moved to Fort Collins, Colorado
Top

I still don't have them. I just tried with the trailer and truck, all I get what I already had on them.
Top

Look for the rims, you have new wide rims with off road tires

What game version do you have now? You should have received a download in Steam
Office moved to Fort Collins, Colorado
Top

As a fan of special equipment, I am once again "happy" with the developers ' approach to their work.. OK, new off-road tires were made, thank you. However, the developers have seen in General, what are the front wheels used when installing such tires in real life? I'll tell you a secret, if developers do not have access to the Internet - special wide disks are used. It is difficult not to see this on the Internet, such disks are used everywhere, both for logging trucks, dump trucks, and tractors transporting oversized cargo. What did the developers do? They simply made copies of existing disks, without even trying to show imagination. I'm already silent about what could be done in addition to the tires "dynamic" two more types of tires gaming brands "vortex" "roadmaster". With existing disks that have not been changed for this, wide off-road tires that go deep under the hood to the frame look frankly stupid and delusional. Especially considering the fact that on many default trucks, the front axle track is made differently and in most cases incorrectly. 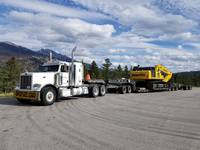 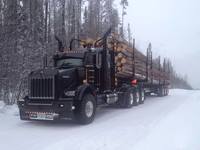 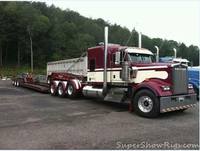 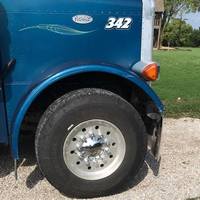