How about including the Dunder-Mifflin Paper company in Scranton, PA?

I would like to see such references in the game, it would be more interesting IMO.

Going back to this old map that we used to show all the time, the red and pink states are the ones where the turnpike authorities allow LCVs.

Interestingly enough, this map shows that the turnpike authorities also allow Rocky Mountain doubles, but I don't think I've ever seen an RMD on the east coast. 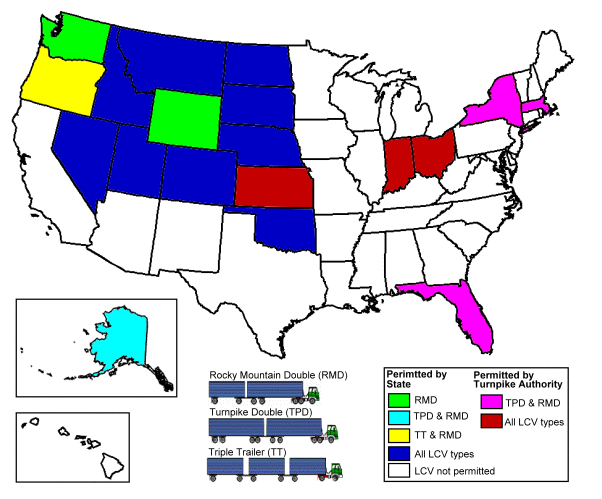 So no triples in Wyoming. More interesting is Pennsylvania. If it has the Turnpike road in I-76, its not even highlighted in any color. You'd think Pennsylvania would connect NY to Ohio.
My post are only thoughts and ideas. Don't assume it makes ATS.
Poll: Choose Next 2 ATS States
ATS Flatbed
ATS Special Transport
North American Agriculture
Texas Discussion
Top

Pennsylvania was considering allowing LCVs, but then the Intermodal Surface Transportation Efficiency Act of 1991 put a freeze on the expansion of LCV routes. No new LCV routes have been added in any state since then. If the PA Turnpike allowed LCVs, it wouldn't connect to New York at all anyways. The Northeast Extension of the Pennsylvania Turnpike (I-476) ends at I-81 in Scranton. The New York State Thruway (I-90) is New York's toll road, and that connects to I-90 though Eire, PA, which isn't near the Pennsylvania Turnpike either.

Here is a map of all the roads that are considered part of the Pennsylvania Turnpike system. I-76 is their bread and butter, known as the mainline of the PA Turnpike. 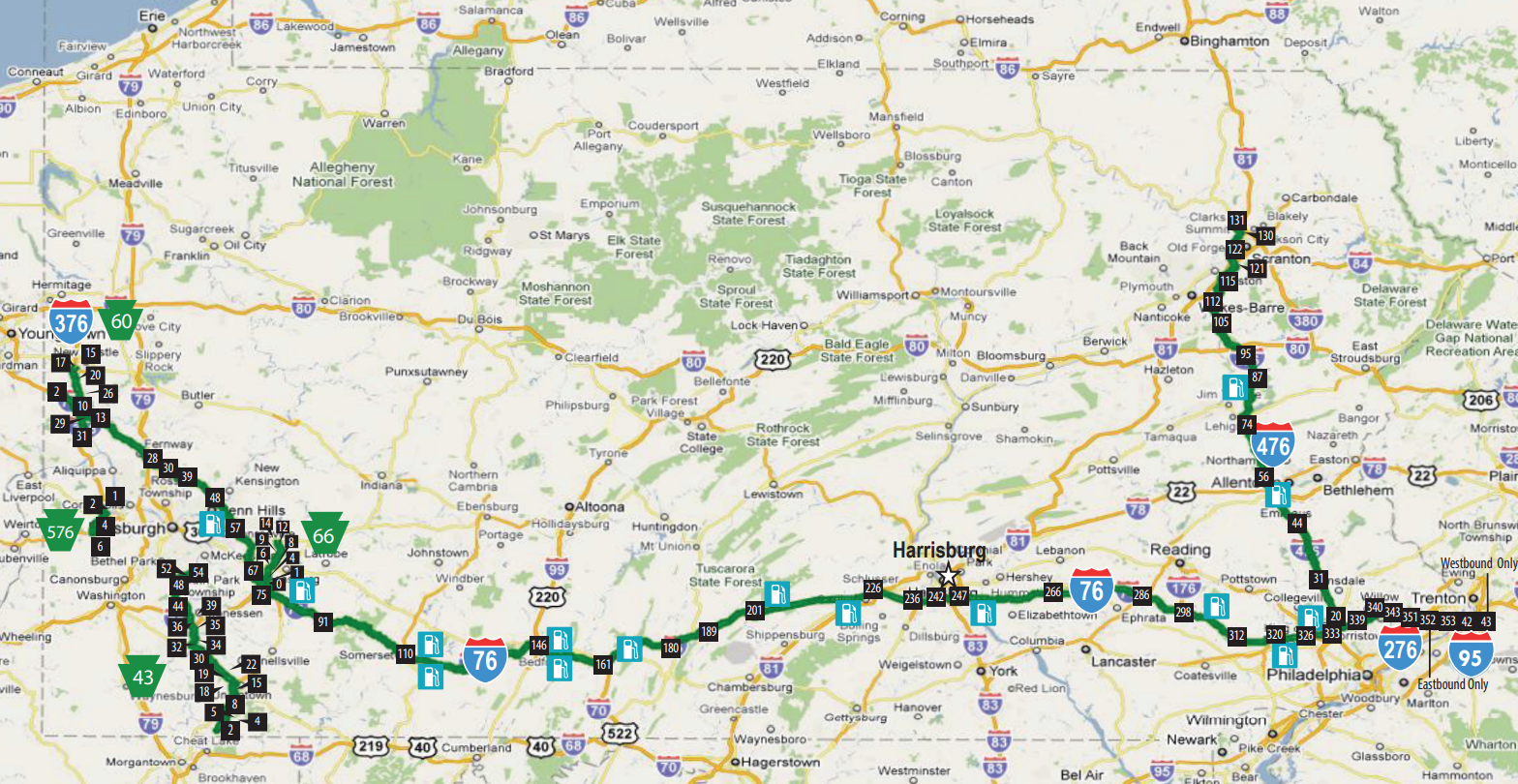 flight50 wrote: ↑
20 Feb 2021 15:13
Ohio - Youngstown should make I-80. Akron is iffy. It might get absorbed by Cleveland unless SCS pushes Cleveland North into the water.
Lima - Perfect to break up Toledo and Dayton on I-75
Sandusky - Something to break up Cleveland and Toledo
Chilicothe or Galispolis/Point Pleasant along US-35

I've tried to plan out Ohio as well, since I've been here for 5 years now. From going to college in Lima to now staying here getting started with some truck driving experience at the P&G plant in town. I've also had difficulty guessing the northeast region because of how crowded it gets. I get the logic behind wanting Akron, since it's a large city for the area and one at the 76/77 merge, but also know that it is close to Cleveland.

I'm really hoping for Lima, partially because I've been here for many years now, but with the driving I do for P&G I'm learning more about the manufacturing aspect of the city. I'll definitely be giving my input on the P&G plant and what we do when the time comes for an Ohio thread. A few quick companies I can point out that I know we have are Walmart (one on each side of 75), the P&G plant, Pepsi, many car dealers, Sam's Club, Nickles Bakery, Ford engine plant, Dana Driveshaft plant, Menard's and a Lowe's.

I don't know a whole lot about the southeast area, but think Chillicothe could be a good choice because of the Kenworth plant there which builds the T680, T880, and W990

supersobes wrote: ↑
21 Feb 2021 17:25
The only downsides of US-30 are that you'll be stopping at a red light every few minutes rather than driving straight through

I don't know what sections you're talking about, or in general compared to the highway, but there are zero traffic lights on 30 all they way from I-71 to the Indiana state line. I've traveled that lots of times when going from Lima back home to northern VA and several times into Indiana. I've only been on 30 east of I-71 once, but do believe that in that direction you do begin to encounter traffic lights.
Top

@dantastic Nice to know we have an Ohio resident on board. I think its always great to get a local that plays ATS and can chime in. That will be a plus. I agree that Akron is very close to Cleveland. That metro area might be okay to merge as one and call it all Cleveland. This again, Akron could qualify for being marked as well. Why? My good old distance theory with CDA/Spokane, DFW and Boise/Nampa. I'd put Cleveland in the DFW category for the worse case scenario.

Dallas to Ft. worth is 32.1 miles apart. Now we don't know how SCS will map this but good chance that both are separate cities based on the xmas stream. They only showed Dallas
Akron to Cleveland is 38.7 or 41.1 miles apart. Depending on the route. Chances are I-77 is what SCS gives us.

Dallas is the 4th largest metro area in the US. Cleveland is at 34. If they can get DFW to work, the can get both in as marked. We can't confirm both Dallas and Ft. Worth are marked but its a strong possibility.
https://en.wikipedia.org/wiki/List_of_m ... ical_areas

The best apart about Cleveland/Akron is that it forms a triangle just like DFW, Houston and San Antonio. Its Cleveland, Columbus and Pittsburgh. A lot less space but it can work. Push Akron a little further South and Akron gets marked. I-71, I-70 and I-76 are our main Interstates linking all these cities together. Add in I-77 to split them and we have that area good to go. I-80 and I-90 are also in the mix. It all gets tight road wise but we also have Lake Erie to push Cleveland North to gain a tad more space. This move could get US-20, US-30 and maybe even US-6 in. The roads are way to dense to thinking about much else. Some surface streets will have to be added so space as to go with them as well.

See there's those stores again. Some of those are National outside of Walmart.....P&G, Pepsi, Sam's and Lowe's. They should be in the game. Regional is Menards. It can take the place of Home Depot or Lowe's when they pop up. Then the Ford and Kenworth plants would be huge. I'd love to get a bakery in the game. We have farms and we have grocery stores. Lots of product can come from bakeries that can go to retail or exported. All we need is a good 1-2 prefabs of this. Make 2-3 bakery companies for all of ATS and populate the entire US by rebranding the same 1-2 prefabs. Perhaps 1 bakery for every 300-400 miles radius or something. The largest US cities will always have a bakery somewhere in the state.
My post are only thoughts and ideas. Don't assume it makes ATS.
Poll: Choose Next 2 ATS States
ATS Flatbed
ATS Special Transport
North American Agriculture
Texas Discussion
Top

@dantastic The traffic signals on US-30 are in Indiana between I-69 in Fort Wayne and I-65 in Merrillville. And then once you get into Illinois, there's a lot of traffic signals and intersections where US-30 becomes a surface street in the south Chicago suburbs.

I would like to see such references in the game, it would be more interesting IMO.

yes, i love that kind of things. the "dance for pedro" in idaho is my favorite one.

i also hope for a "manos: the hands of fate" reference in el paso tx.
My WoT Profile
Top

If they're not in the game already by the time SCS gets to the east, then wire span traffic signals will definitely need to be added. They're not as common out west, but in order to properly portray states like Indiana, Ohio, Michigan, Pennsylvania, and Maryland, wire span traffic signals are a must. They aren't used at every intersection, but many places still do use them. In many eastern states, it's about a 50-50 split between the usage of span wires and mast arms for traffic signals. 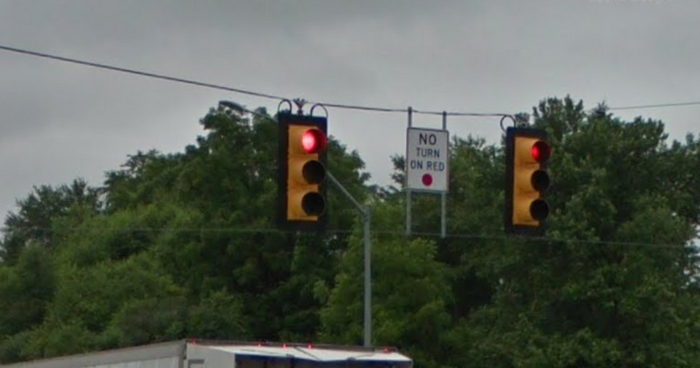 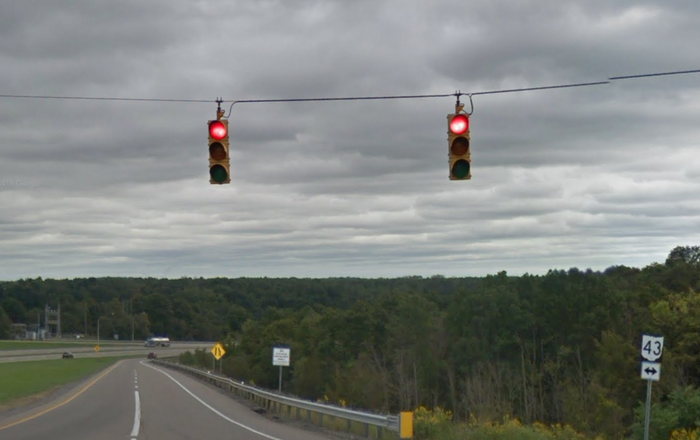 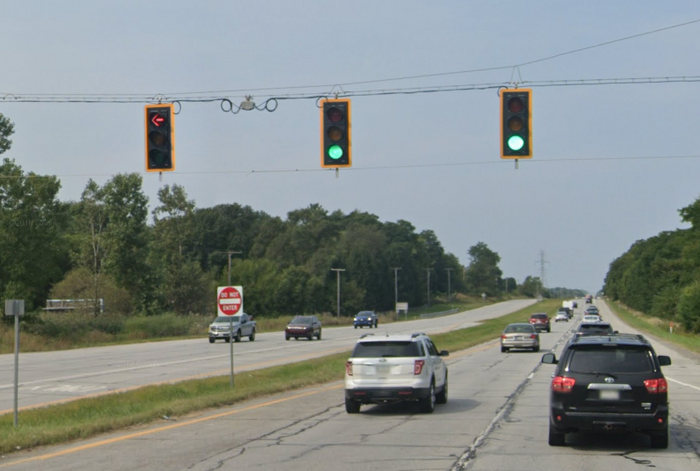 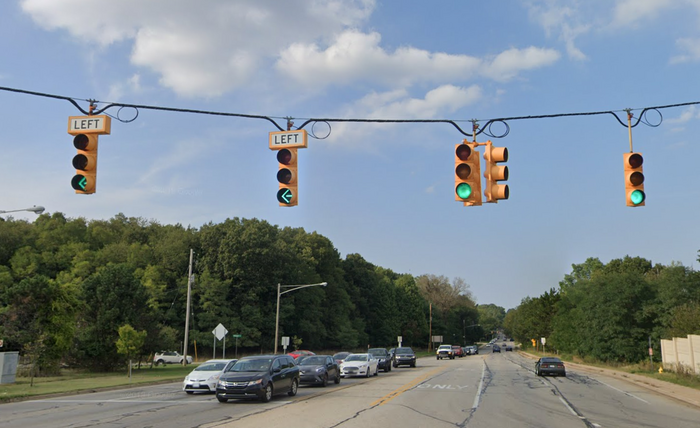 I love seeing these old school lights. We got the single blinking red light on wires. I'm sure SCS won't miss these bad boys either. I like the bottom right a lot. I never seen it with the "left" tag on the light. I wonder if SCS can add a swaying animation to these. Doesn't have to be a lot but better than being static. Adds some immersion to it because these light are never really still. They are literally hanging on by a thread. I know for sure there are still parts of Texas that even has those. In smaller cities and towns, it just may not be worth it for them to upgrade. So for them, if It ain't broke, don't fix it.
My post are only thoughts and ideas. Don't assume it makes ATS.
Poll: Choose Next 2 ATS States
ATS Flatbed
ATS Special Transport
North American Agriculture
Texas Discussion
Top
Post Reply
161 posts