I renamed this thread to simply Reworked Prefabs because there just may be other opportunities in the future for some reworks outside of just dealerships. On top of that, its probably just easier to keep all my thoughts in one place.

So next up, is the Walbert prefabs. There are simply too many with little variety elsewhere. Yes, Walmart is very dominant in the US but that doesn't mean it has to be in ATS imho. There are other options that would be great to get some variety in. Albertsons and Krogers alone with their chains under them for grocery store along with Walmart Neighborhood. So far, we have (3) Wallbert Supercenters, (2+) Wallbert Warehouse (I can't remember how many of these there are) and then a Wallbert Corner Store. Only Wallbert we don't have is Wallbert Neighborhood which might be what the Wallbert Corner store depicts, but its totally off. The Wallbert Corner store we have is more like CVS and Walgreens. Walgreens is not Walmart, its not even close. This has never been corrected since day one. I hope this changes someday.

Can we get some rebranding for variety:
Wallbert Corner Store - this is much closer to a CVS Pharmacy. This is no Walmart Neighborhood. Way too small and the scheme is off. This should be a CVS or a Walgreens Wallbert Supermarket #1(base map) - this prefab is much more like a Target. Can this get rebranded to a Target Supercenter instead of being removed? Wallbert Supercenter #2 in newer maps
Some newer Walmart's around the country are like this now, a little more modern Walmart Supercenter #3 (Old School that recently came to ATS). Nice add as most Walmart in the US are like this Yeah I don't like how there are almost 2 Wallbert in every city. 3 in Sacramento and Fresno. I know one is usually a store and the other a warehouse, but you get tired of seeing Wallbert. I would add another store chain in there instead, like Target which could be called Bullseye or something haha.

A prefab that I would like reworked is the owned garages, specifically the 5 stall garage. The front opening isn't wide enough and it's not lined up with the door. And it would be nice if there were a back gate if your garage bordered another street so you could just drive straight through. The most annoying thing is the lamp posts. Why are they inside the fence? I would move them to the top of the wall so they're out of the way. This one is always in the way when you try to come out of your garage with a trailer. And as I mentioned above, it would be helpful if there was a gate straight through the back too so you would only need to make this sharp turn if you needed fuel. Although the fuel pump could be moved too. Lamp posts are a problem at a lot of prefabs. They're all inside the fence and they're almost always in the way when you need that extra foot to maneuver.

And this probably goes beyond simple prefab rework, but I've seen it mentioned before, but it would be nice if you could actually see your other trucks/trailers parked in the other stalls too. It would be great if we could park our own trailers and switch to another one that way. Also mentioned before, adding a repair bay to the garage would make sense too.
Top 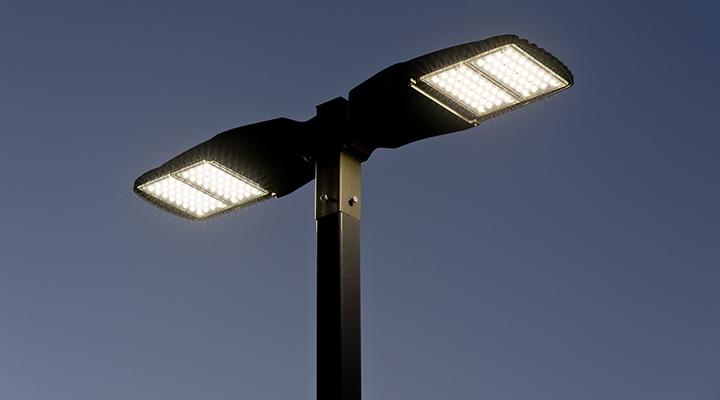 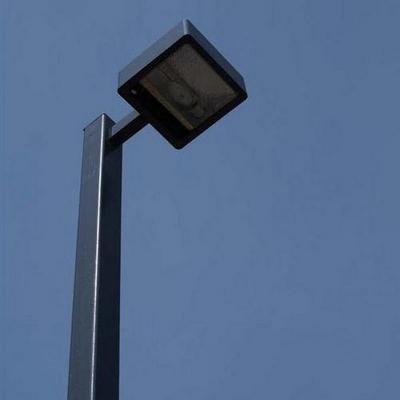 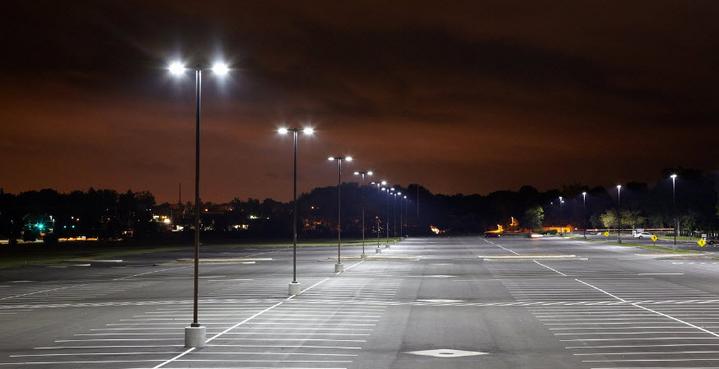 My only concern about the lights is their location lol. They only need to be moved about a meter at most outward. And because the footprint of the garage itself almost takes up the whole lot, the lights could be moved to the roof of the building too. Whatever gets those posts out of the lot itself (driving/maneuvering area), so I don't have to keep hitting them. Put it this way, I own some triples and I can't get them out of the back door and around that tight corner because of that one lamp post I've highlighted. If that weren't there, I could probably make it. Not everything needs to be a challenge in this game lol.

As far as the lamp posts in a company lot like Wallbert, I'm referring to the lamp posts that are right along the fence in the docking area. They're only about 6 inches or a foot inside the fence, but the point is, they're inside the fence and that makes them an unnecessary obstacle that you have to try to maneuver around. Just move them 6-12 inches to the other side if the fence, where they would be more safe from reckless truckers like me xD. Most of these yards are tight enough as it is.
Top

@Reignman I love your idea of realigning the entrance gate and adding a back one. A straight thru would be awesome. There really is no need to offset the garage entry to the street entry. I think the entire garage system can get upgrade and boosted to an entirely new level. I can't remember where I posted it but garages should be modular and customizable. A garage should be a real home base. That brings a ton of options. I won't really cover them here because I'd go into too much detail and hype people up. But in a nutshell, the ideas I am thinking about garage would take SCS games to another level. All those old players that left because the game isn't innovative enough............I could find many ways to get them back being innovative.

ETS2 for example is 8+ years old. Its still supported and still selling strong as SCS keeps making it better and better. But that long of a run means you have to be innovative. Eventually all the trucks, all the trailer types, all the possible maps will be in the game. How do you continue? Features, upgrades, new cargo, new trailer packs, etc.
My post are only thoughts and ideas. Don't assume it makes ATS.
Poll: Choose Next 2 ATS States
ATS Flatbed
ATS Special Transport
North American Agriculture
Texas Discussion
Top

flight50 wrote: ↑
31 Jan 2021 03:46
@Reignman I love your idea of realigning the entrance gate and adding a back one. A straight thru would be awesome. There really is no need to offset the garage entry to the street entry. I think the entire garage system can get upgrade and boosted to an entirely new level. I can't remember where I posted it but garages should be modular and customizable.

I agree, I think garages should be more customizable too. It always annoyed me that the front gate was offset from the door, especially if you're coming from that direction and need to make more than a 90 degree turn to get in there (left hand turn into the garage). If that isn't bad enough, most garages seem to be placed on a side street with only one direction to get in/out and that happens to be the direction that requires more than a 90 degree turn because of the offset lol. It's a real pain to have to stop at your own garage to fill up. I have to make that 90+ degree turn around the gate with the triple I'm usually pulling, then I have to go through the garage, and navigate around that back lamp post, just to get to the fuel pump around the front. Then I have to try to make a hairpin 180 degree turn around the gate just to get out because you can only make a right hand turn coming out of a lot of garages.

If I can continue my rant a little bit, more than 50% of the garage lot is taken up by space you never use. 4 garage stalls and a good chunk of concrete in front that you can't even use to help maneuver the truck or turn around. Perhaps you could pull forward there and then back up to the gas pump? I don't even think there's enough room to do that much. The gate is offset on the 1 and 3 stall garages too.
Top

I typically just drop the trailer in tight spots then go get gas. But either way, an aligned garage would be great.
My post are only thoughts and ideas. Don't assume it makes ATS.
Poll: Choose Next 2 ATS States
ATS Flatbed
ATS Special Transport
North American Agriculture
Texas Discussion
Top

Here's another example of a base map prefab that is before ATS received longer trailer options that can use some tweaks. I posted this over in the base map thread but so that it stays with the rest, so I'm adding it here as well.

Bad Eddy's. This Eddy's needs to be modified. The yellow trailer prevents you from a turn around if you have a 53' with a sleeper and conventional tractor. The jackknifing required is very unrealistic. There is no need for the trees on the West side of this lot. Not to mention the entrance is very restrictive just passing thru the fence if you approach from a bad direction. If you have to U turn into the entrance, your trouble starts there. Some of the Bad Eddy's are right off the road and not set back like this one. At least this one you can straighten out your trailer a tad better vs having to U turn into Eddy's if you come from the wrong direction. Good Eddy's. The entrance is much much better. You have two options. You can come in the entrance further away and exit to the street at the closer entrance to the dock, then reverse to the dock. Or you now have room to coming to the dock and turn your trailer around a bit easier than the bad Eddy's because there is no trailer close to the the dock. That trailer parked next to bay one for the bad Eddy's is bad news with a 53'. Even the Good Eddy's can get pushed another 15' West to make it easier to line up for the dock but it still a lot more feasible than the bad Eddy's as is. On the "Good Eddy's," the entrance closest to the parking lot isn't actually supposed to be used by the player. There are signs that prohibit trucks from using that entrance, and the arrows on the ground say that you cannot turn into the delivery area from the the parking lot.

There might be signs that say trucks are prohibits, but there are no XXXX barriers to stop a player either. If the entrance is open, its free game. Either a facility wants their cargo in one piece or not. If I can put my truck in an easier position to dock, I don't see any signs and I am sure real life truckers will do just that as well. Why make it harder on yourself if there is an easier option. That lot is not public at that point so they shouldn't endure any fines. Especially if they are serving that facility. By any means necessary, a trailer needs to dock to deliver goods.
Last edited by flight50 on 20 Apr 2021 16:55, edited 1 time in total.
My post are only thoughts and ideas. Don't assume it makes ATS.
Poll: Choose Next 2 ATS States
ATS Flatbed
ATS Special Transport
North American Agriculture
Texas Discussion
Top
Post Reply
50 posts