Short:
Various different cargoes for flatbed trailers. Most likely packed as a DLC.

A little longer:
Flatbed trucks & trailers are very common in the US. You can see them transporting tons of different (looking) stuff. Large products such as air conditioners, tubes, tires, pipes, lumber and all kinds of (larger) wooden products as well as lots of various construction goods and different materials. Basically a huge variety of different visible loads.

It would be nice to have a DLC which gives you plenty of different flatbed loads in ATS (maybe ETS2 too?). That idea is especially based on the fact that we can now own our trailers. If you're constantly hauling with a flatbed trailer you soon find yourself taking the same loads over and over and over again.

Of course that's just an optical DLC which also gives you different loads but at the end no new features. On the upside it might be "easy" to create..? I'm not sure about that. I'd look at numbers of at least 20+ cargoes.

Additional idea beyond the optical part: Some loads could be more likely to be an urgent load (e.g. certain spare parts).


And.. sometimes loads are protected like in this image or in that image and sometimes the whole flatbed trailer is protected by those side kits as also seen in this video

Super Trucker Dan on YouTube is regularly taking you into the life of a flatbed trucker and is also showing his loads: https://youtu.be/rFOLXdVKNPk?t=3m34s
Last edited by RTobi on 21 Sep 2018 15:44, edited 1 time in total.
Doing some nice (mostly scenic) truck photography on my World of Trucks page

A variety of large loads, ...and that one truck I passed on the Interstate a few years back with a full-size flatbed hauling only a single plastic toy tonka truck!

No, for cargo DLC!

bobgrey I know that one too lol Some truckers actually do things like this for fun. Strapping a small tonka truck on the back

Matto, I was also asking myself how many new cargoes will they add in future updates (regular and per DLC). I'm talking about a size of at least 20 different cargoes as a DLC. Some extra work for those who want more than just simple flatbed trucking.
Doing some nice (mostly scenic) truck photography on my World of Trucks page

I suppose that, this is the main condition. Wood is rare cargo now. Concrete tubes has been added only in 1.29 (in trailer preview and AI traffic had been since I remember)
In Oregon videos there are coils of steel sheets and scrap car bodies. More will come ...
ATS Vanilla Player - My WoTr
Top

The flatbed jobs are lacking in both game, but a DLC is way too much. After all, we're talking about some medium-poly static objects and a few def files.
I have approximate knowledge of many things
Top

Not much content to pack into a DLC until you remember that SCS sells paint job packs, which are just images made in Paint.Net and some def files to go with...

I am for it actually. Open cargo loads are my favorite. Whether it is lowboy, dropdeck or standard flatbed, I want a butt load of it. Because of the lack of open cargo in the base game, that is the only reason why I turned to mods. Either SCS makes dlc or modders will make paid dlc. Free ones typically lack quality or quantity. Pick your poison on what you'd pay for. I'd pay for SCS cargo all day everyday.

With that said, I do know TO will continue to develop but flatbed options are really lacking. I'd say for a good selection to not seem repetitive, I'd go for about 2-3 dozen loads. Of course more is better. There will come a point when SCS will not make much for flat beds so paid dlc, yeah at least they can get paid for more. As of now, the loads are free....completely free. Standard flat beds and dropdecks can share some of the same loads too. I want flatbed loads and plenty of it. There is a shit load of options out there in the real world that can be made in almost every industry. As more industries come, more cargo will come. There should be more building material loads, more equipment loads, small tarped loads, etc.I look for many interesting mods that gives me the best variety in loads. So far JazzyCat and Chris45 has the best loads for flat beds. TO, a system that SCS came up with, should shine better than it is. The amount of cargo they can make is unlimited. I'd pay for it if they made dlc.

So to me, anyway I can get loads for flatbeds, I am in. Free or paid, I don't care. Just make them available in abundance. I actually bought a flatbed for TO but quickly parked it and haven't even used it after seeing the loads available. Way too repetitive for my liking. Hopefully open deck loads can get rescued sooner than later.

I am actually glad this thread was made here in the Wishlist side of things. I will use this to post cargo loads for example. To start it off, check out some of these loads TruckSimChris posted for us in the Oregon discussion thread here. If I can provide even just a few possible loads and SCS makes them, that is one extra load that we did not have before. So all, add your open deck loads here and lets make this a good reference for open cargo loads. Flatbeds, Dropdecks and even Lowboy's and maybe even Heavy Haul references. We need a lot more diversity. Even the same type of cargo but in a different shape, form or quantity on the trailer should apply to break up repetitive looking loads. I thought about doing something like this topic a while back but I never got around to it. I actually started collecting awhile back but I never posted the images. Time to start posting it up. Thanks RTobi for starting this.
Last edited by flight50 on 04 Oct 2018 01:29, edited 1 time in total.
My post are only thoughts and ideas. Don't assume it makes ATS.
Poll: Choose Next 2 ATS States
ATS Flatbed
ATS Special Transport
North American Agriculture
Texas Discussion
Top

SCS may not know this since flatbeds are more an american thing. Flatbeds are popular in the US and lots of different flatbed loads will be very popular for must of the american players. Same loads in different looks and sizes are also definitely cool since they break up the same looking loads. For example wood - you could haul a whole trailer full of wooden planks and you could also haul only a few of them.

Definitely a nice source of income I think. Pack 30 or 40 different loads in there, sell it for $4 or $5. People are happy due to the great amount of different loads and SCS has some good extra income and the game has something unique for it/ it's just another good point to buy the game.
Doing some nice (mostly scenic) truck photography on my World of Trucks page

Yes, yes, yes. I would be willing to pay a modest fee for more flatbed variety. I love this game, but that was my first letdown when I first started playing, because I wanted to run flatbed and loads were few and far between. I think I probably ran 5-6 different loads before I could even find a flatbed load, and then it was just the measly 6000 lb plows. I went in the game knowing I would mod it, but that definitely drove me to trailer mods faster.

Sidekits/covered wagons (different than the sliding tarp system) would be a great addition as well with trailer ownership.

@Flight: Stepdecks using load levelers for flatbed cargo would be awesome too, I agree.

I hope the sliding tarp cargo system eventually becomes more akin to flatbed than dry van, especially with the supposed steel loads that will come with Oregon. In my amateur observation, sliding tarp trailers are more for open deck loads that are not over-dimensional, and are rarely used like a dry van. 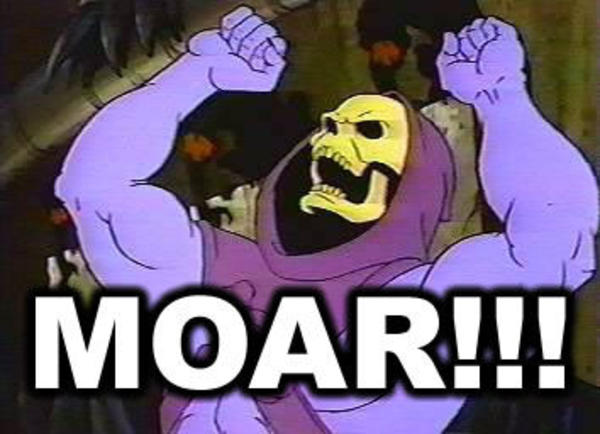