I think, according the printscreen and the word used in green square, that word in red square should be replaced by "caminhão" because I think can cause confusion for exactly is "equipamento" - anything 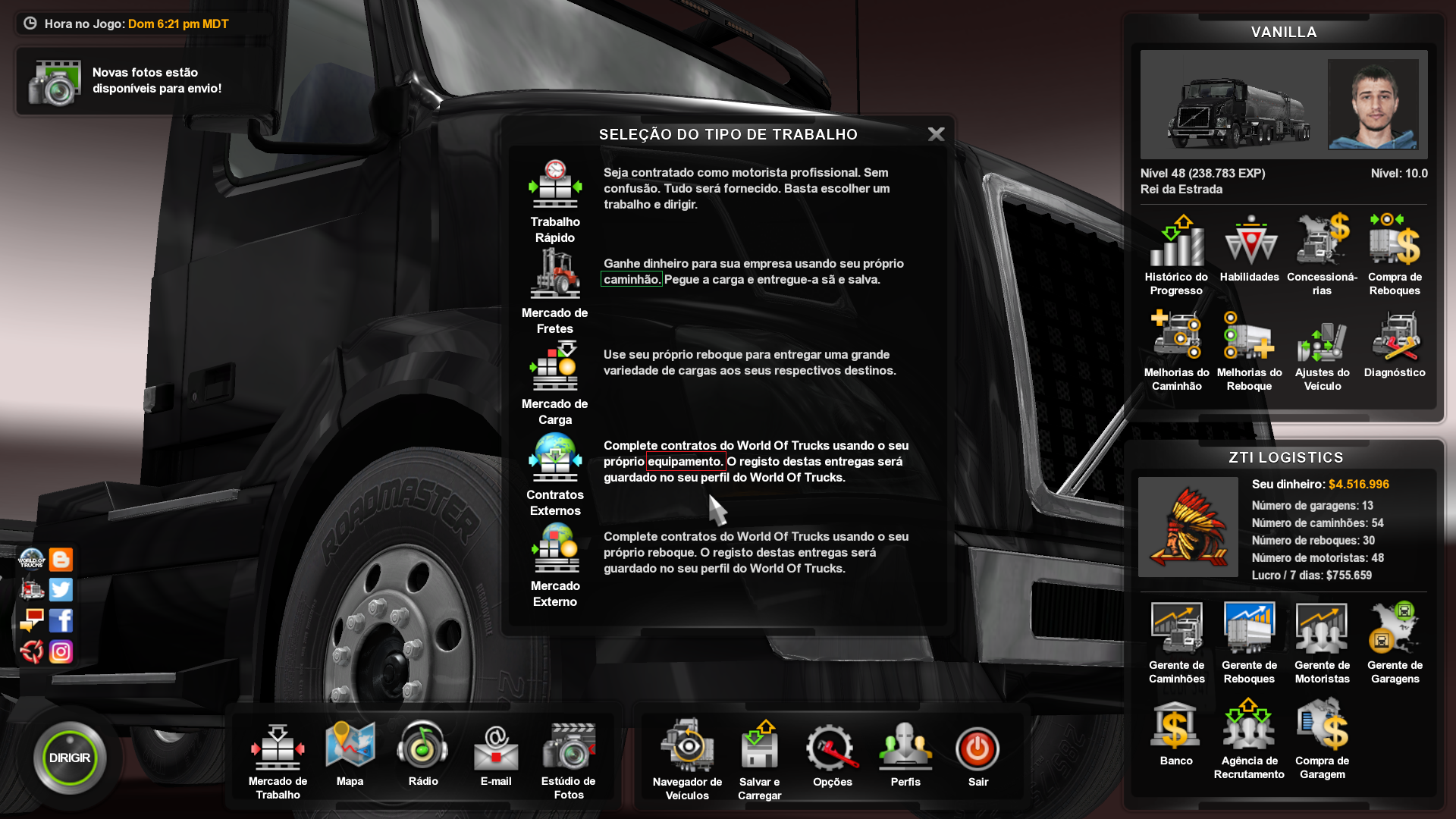 I also agree with you, but I went to check the original phrase and it refers to equipment, so I cannot change.

In my defense I can say:

Do not make sense to say "equipamento" in brazilian portuguese because what is "equipamento"? any machine, but we are talking about truck, so the correct translation is "truck", a specific machine

what everyone has to keep in mind, including SCS Team, is that many words in English when they are translated almost in the same way as they are written, do not make sense or have a totally different translation/meaning into the other language, in Brazilian Portuguese is no different.

There are much, much worse cases. For example, you are watching a movie on Netflix and they (tried to ) 'translate' in the caption "excited" by 'excitado' conversations between employees (I had to correct it in Google Translator itself) in Brazilian Portuguese, which for us has a 100% sexual connotation. "Excited" word in corrected translation from english to pt-br is just "animado, empolgado". (two Brazilian Portuguese words that Google Translator doesn't do correctly in inversion).

well, False Cognato... they can be understood as words written in a similar way in different countries but which have different meanings. Often, because they are derived from the same ancestral languages ​​(such as Latin, for example), they have spellings and even similar sounds ... this because there are still idioms , I mean Idiomatic expressions (another thing that I had to correct in Google Translator). it seems that only 1% of the population has learned this, a sign that studies are terrible because I learned this when I was a child, a looooong time ago.

Wrong translations worry me because Google Translator is making them as standard translations. It scares me a lot because Google itself translates "excited" by 'excited' from English to Brazilian Portuguese, but the real meaning of the word is totally different. And there are several words that this happens.

Unfortunately, with pain in my heart, I come to see that many of us are learning to become more ignorant about False Cognato.