After long period of particular testing, i decided to share this method with you guys, so enjoy!

1- Duplicate Steam folder under "Programs Files X86".
Important Note: This proccess will duplicate also all installed games, after this you can delete all unwanted duplicate games from the duplicated STEAM!

2- Choose one to rename (see image above) and make it your 2nd install folder, now enter the new Steam folder and make a shortcut on desktop for the "Steam.exe". Rename for better recognition. 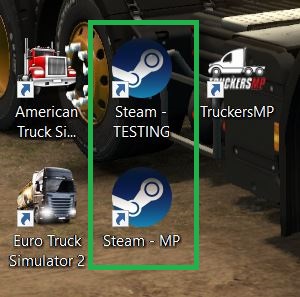 3- Inside Documents folder create a folder for the new ATS and ETS2 folders be inside. 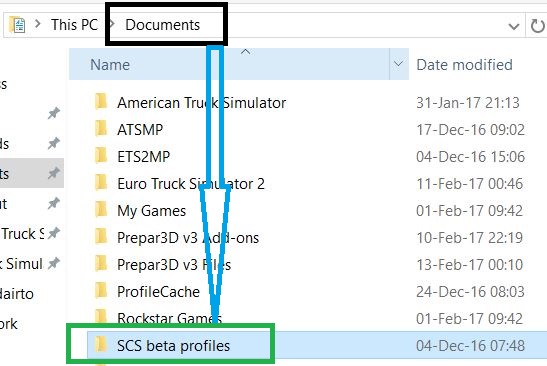 4- (Optional) Copy all your ATS and ETS2 folders from original Documents folder so you can continue the game where you was. If you want to start from scratch do nothing and let the games create new folders on the first run.

5- Put the start parameters on one of the Steam installs, making it separate completely both instalations. 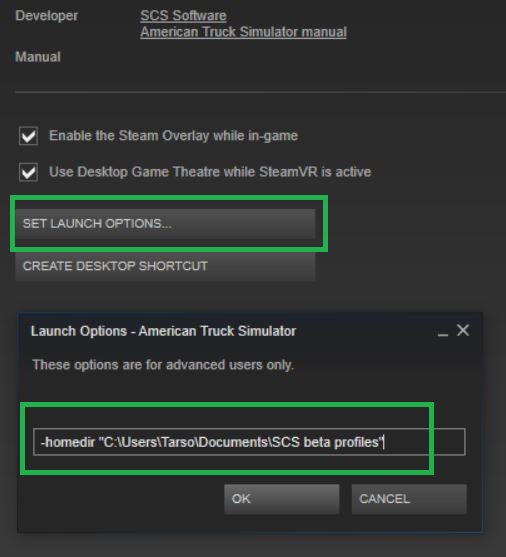 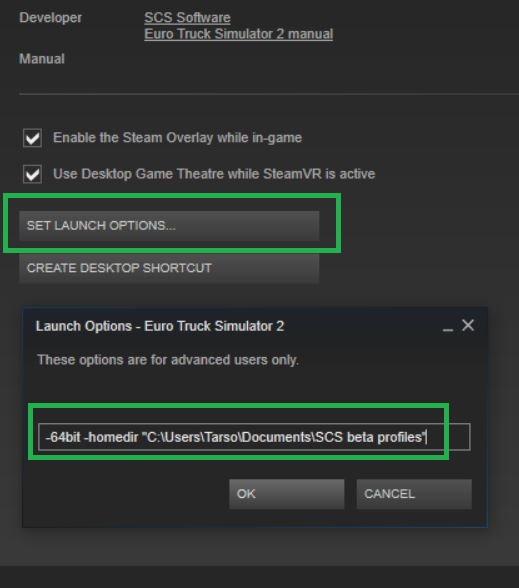 Parameters to copy(Change the Username and the name of the folder to the one you created on step 3):
ETS2
old parameter -64bit -homedir "C:\Users\Tarso\Documents\SCS beta profiles"
EDIT Feb 17th of 2019: ETS2 doesn't need anymore the -64bit start parameter since it already starts 64bit by default now
new parameter -homedir "C:\Users\Tarso\Documents\SCS beta profiles"

EDIT Feb 17th of 2019: Optional parameter for users of Workshop Mods, use this complimentary parameter ON YOUR TESTING STEAM if you have any workshop mod active, this way workshop mods won't interfere with your testing profile
-noworkshop

Remark: TruckersMP can only run with default Documents folder, so if that is your case use the new homedir folder for Beta testing profiles like i did.

EDIT Feb 17th of 2019
Remark 2: Cloud profiles could cause you problems using this method, i haven't yet solved the problem, so for safety keep at least your testing profile OFFLINE for now.

6- Now you`re done and should be able to run both Steam instalations sepparately (One at a time), the last step is to configure the beta tab of both instalations to decide what version goes where.

To run one of the installs you need to close the other one. 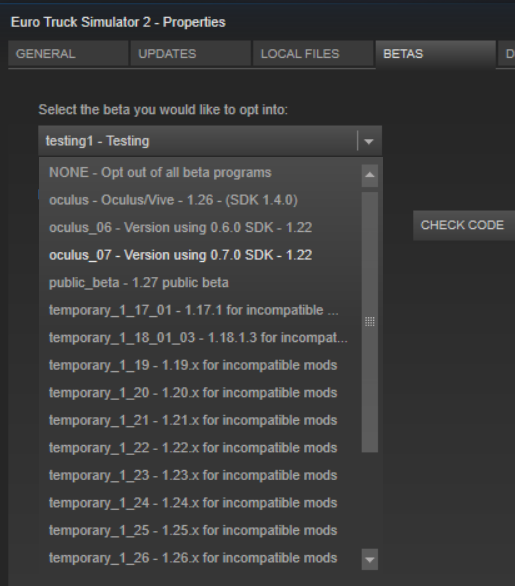 Are you logging in to the Steam versions separately before running the game?
Never argue with idiots. They bring you down to their level and beat you with experience.
Top

Step 6 - on each steam you should configure the beta tab, choose one to be OUT OF BETA and the other one to be in Open beta

Also on step 6 - you have to close one Steam in order to be able to open the other one, that is the only con the method have, but I couldn't find a way to avoid it

I struggled for over 5 hours last night with this and I can't separate the two versions even though they have different folder names and the two steam folders are on different physical drives. If I try to change one to no beta 1.37, both change. I think I'm screwed.

Have you force closed one steam before running the other one?

Are you sure the desktop Icons point to different folders?

There's a disadvantage to simply duplicating your Steam folder (step 1). Many players have a large library of installed games which will get copied too, this can take very long and cause disk space problems. Better move the library one level up in the folder hierarchy (outside the Steam folder) and back later after duplication.
Top

Are you sure the desktop Icons point to different folders?

@Bandit &amp; The Snowman I tried something similar but then after running it started download what was removed, like it knew it should be there but corrupted due to not finding files it knew were installed before.

@Trucker_71 that's really odd, I currently use it with no problem and other testers too, wish I was closer to help you personally.

Weird, I’ve moved game folders before, not knowing Steam can move libraries, and all it did was verify the files. But I guess downloading a game again is better than copying a 1TB+ library for nothing. Obviously depends on someone’s library and internet connection. What about moving out just what doesn’t belong to ATS/ETS2?
Top
Post Reply
21 posts