Furries in the Truck Simulator Community

Furries in the Truck Simulator Community 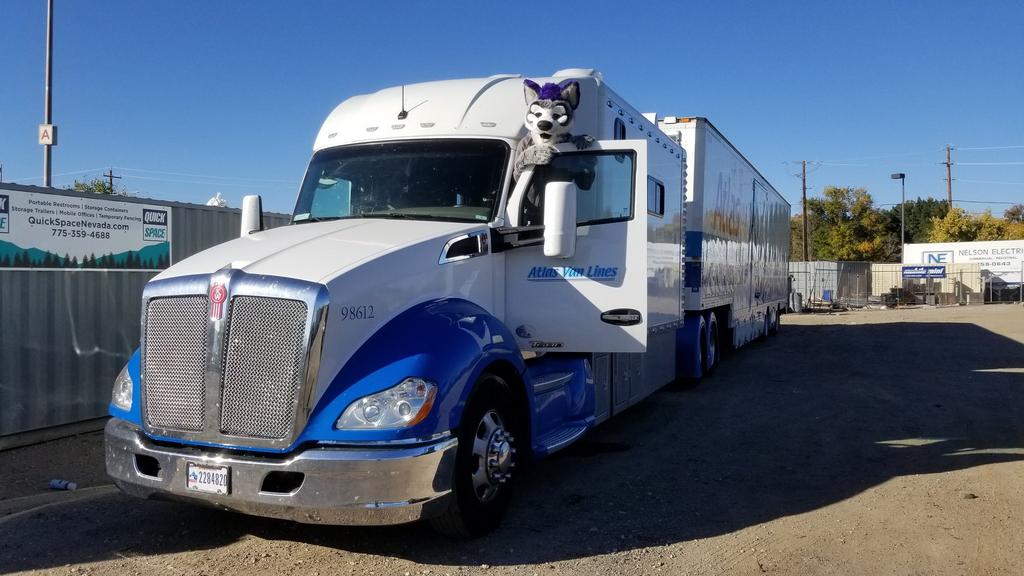 About a week and a half ago, I was looking through various American Truck Simulator screenshots on Twitter. I came across a set of screenshots from our friend, TruckerDog who is known on here for his amazing screenshots that appear in the SCS blogs and in his own screenshot threads as well as his hard work as a software tester in the bugs forums. TruckerDog is a great guy, and I really like his screenshots, so I gave him a follow on Twitter. In his Twitter, I found lots of artwork of a dog who really likes trucks and trains as well as several photos of people in animal costumes. A few days after that, he announced that he was going live on Twitch with a train simulator live stream. I decided to watch. In that live stream, he briefly explained to me his interest in these things. It was because of a concept called "furries." I had no clue what a furry was, but it all sounded very interesting to me. I wanted to know more, so I did some research about it.

Obviously, doing research led me to figure out what a furry is. A furry is basically a person who has in interest in anthropomorphic animals. Anthropomorphic means having human qualities such as speaking, walking on two legs, having thoughts, emotions, and personalities, etc. People who are furries make up the Furry Fandom. The Furry Fandom is a subculture of people who share interest in furries, and they do things such as create and consume furry artwork, wear and admire fursuits, and attend furry conventions. Furry artwork is basically drawings that are either made with pencil and paper or on a computer that include anthropomorphic animals. Fursuits are basically animal consumes that are worn by furries. Fursuits can be partial which means that is is only the paws, the tail, and the head, or they can be full fursuits which basically covers your entire body. Fursuits can also cost anywhere from a couple hundred dollars to thousands of dollars. They are usually custom made to each person's "fursona," or their furry persona. Furry conventions are events where furries go to meet other people who share the same interests, and they can do things like purchase merchandise, attend panels and meetings, and socialize. Midwest Fur Fest in Chicago, IL and Anthrocon in Pittsburgh, PA are two of the largest furry conventions in the United States.

If you were like me where you had no idea what a furry is before now, then this all sounds great. Even if it's not your cuppa tea, you'd be happy that other people are enjoying such things. However, if you are more cultured than I am, then you probably have already heard of furries, and that was most likely in a negative light. Because of mainstream media and the fact that negative things seem to stick out more than positive things these days, many people give furries a bad reputation. Many people think that furries are a group of sexual or violent people who do illegal and other not so great things. As with everything else in this world, yes, those things do happen in the furry community, but is only a small minority of people who do that. A similar analogy would be the trucking community. Some people have an idea that sheds the trucking industry in a bad light. They associate the industry with dirty, redneck people who drive beat-up trucks and partake in road rage and lot lizard activities and like polluting the environment. As players of truck simulators and fans of the trucking industry, we all know that there is more to trucking than that. That only describes a small percentage of the people involved in the trucking industry. We don't deny that it's there, but it's definitely not the majority of us. The same goes for furries. Other people have a resentment of furries just because they are outright different from the social norms. Earlier this week, I listened to a two hour long podcast called The Psychology of Furries while I drove in ETS2. It talked about why people are furries and why furries are ridiculed by society. As I drove my Scania across the Baltics, I realized that being a furry all boils down to a hobby. It's just another hobby. It's no different from being interested in trucks, trains, computers, games, etc.

Surprisingly, furries actually have a lot of valuable life lessons. They are very inspirational about being accepting. As they are very different from most people in society, they realize and accept that everybody is different. They also show how you shouldn't be afraid to show who are or be yourself. For some people, being a furry allows them to be just that. It's fascinating actually.

After all of this research, furries seemed very cool to me. The whole anthropomorphic animal thing was really interesting to me. I knew that I wanted to take part in it. I decided that I would try some furry artwork. As I've never actually drawn anything serious other than 2D maps and some really, really bad sketches of trucks and road signs, I didn't know what to do. I looked up "How to draw furries" on YouTube, and I began creating. In the off-topic thread in the Global Moderators section, I put this work-in-progress photo of the anthropomorphic dog that I was drawing (attached below). I haven't actually finished that drawing yet, and the image only shows the original sketch, but once I finish the final line work, I will be sure to post it in here. In that thread where I first posted this image, TruckerDog and Wolfi were very supportive, and they welcomed me to the furry community with open arms. I can tell you that learning about furries and then becoming one has been really fun and inspirational so far. It has also really been eye-opening to how many furries we actually have here in the truck simulator community. Before I knew anything about furries, I hardly noticed it, but now I do notice it.

I am definitely looking forward to making some more furry artwork. Being a furry is such a cool experience. Furries are an interesting topic, and I'm excited to dig more into it! 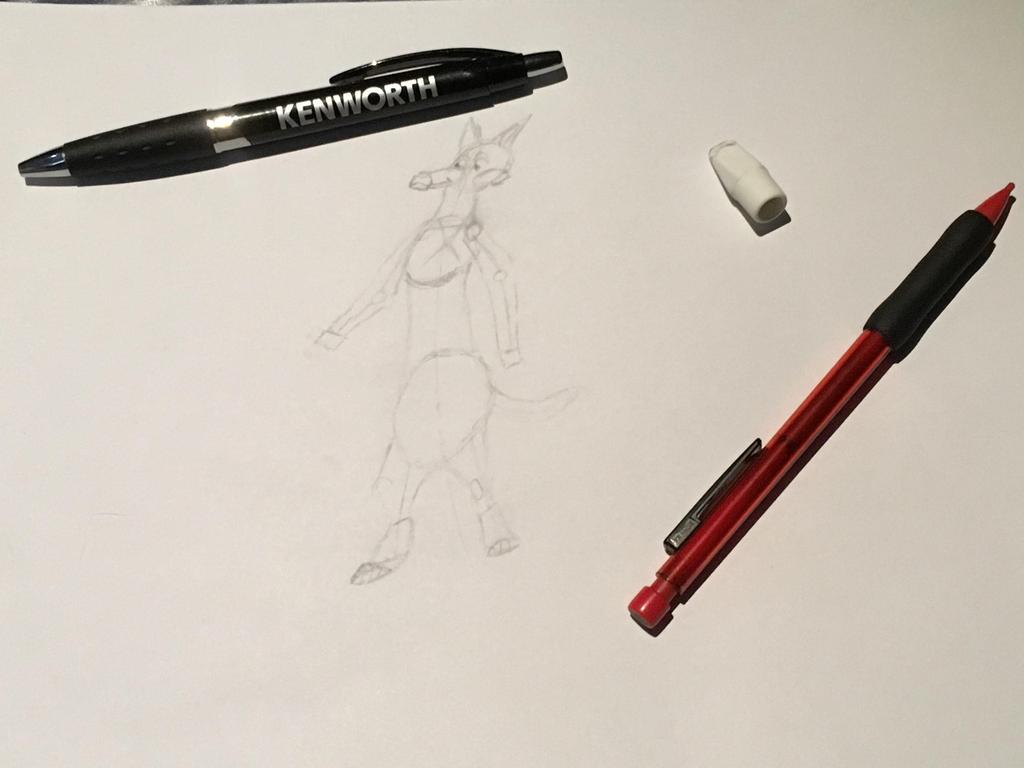 @ShirBlackspots Yes, I have decided to join!

As for choosing a fursona, I haven't really thought about that yet. I know that it would probably be some sort of dog-wolf as those seems the most interesting to me. It'll probably have some sort of personality that reflects my love for trucks and roads too.

My primary fursona is a Chakat. It's a feline centaur like thing. (See http://www.furry.org.au/chakat/Intro.html to learn about them)

I've only got a single fursona and it's a standard fox... Well, technically it's not standard on the account it's based upon Red Fox fur mutations (Pearl Whitemark Fox.)
Top

Those are some interesting ideas. I'm not sure if they're my style though.

This is what I meant by the surprising amount of furries around though. I wasn't anticipating any replies to this thread at all!

Whatever floats your boat man, I'm just surprised that you've become one.

And, I mean... I've got nothing better to do really... Besides homework but erm... I am quite distracted by the simplest things. Such as noticing this topic's title!

Yaaay furries!! :3
Welcome to the family. As a sign of good will, please accept the traditional: 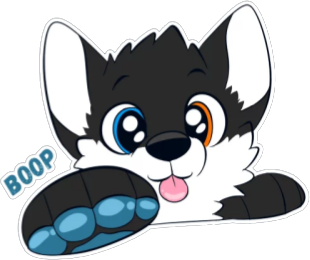 @EurocopterX3 I'm actually extremely surprised that I became one too! If someone would have told me that two weeks ago, I would have thought they were crazy!

I also totally understand being distracted by simple things. I mean, I've also made a hobby out of trucks and road signage which are two of the most mundane things to most people.