US Trucks in Europe 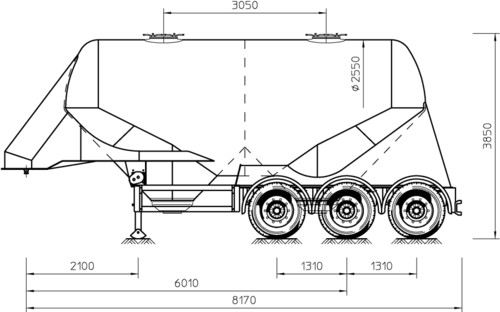 for reference, the Krone Profiliner has a length of 7630mm from kingpin to middle axle

but anyway, yeah you can be lucky and see US trucks here in Europe on the road (not only showtruck) and i have seen only 1 every since

@BK Vissers the trailer I'm using here wouldn't be a problem with a U.S. truck or a a Scania T longline. With that container chassis and Scania I'm shorter then a normal trailer (13mtr)

. Our normal roadtankers can be short and wide as well and be big enough to get maximum weight with most products.
My old boss had a Kenworth W900 and a Volvo VNL as truck 500 and truck 1000 . But they've both always been used for work around Europe. Mostly with shorter tanks. Sometimes with longer trailers and hope for the best.

And the option @xXCARL1992Xx gives is one you see as well.

Mostly it's bulk transport companies that use longer trucks sometimes.
And I've seen a Kenworth I think it was a T800 last week in France. And it was used by a special haulage company. They run it on a oversize permit. Was to late to take a photo

In the Netherlands some companies use shorter trailers as they don't need full trailer length to get up to maximum weight.

And some just drive with a combination that's to long.
In France and some other countries as long as you don't exceed the max length of the cargo space and you don't get yourself stuck somewhere, they normally let you get away with it.

They're quite often bought as a show truck. But like the blue gas one they're used as a working truck.

I'll see them a bit more then most people on here I think. The same for other weird and special trucks. I drive about 75 000 miles or 120 000 km a year around Europe.
And I'm driving with roadtankers and tank containers where most of the U.S. trucks are used I think.
Top

Interesting information, thank you very much.

So just to be sure I'm understanding this right, a trailer like this would not be allowed with a Scania T or a US truck, right? It's not bulk transport, but it seems too long, longer than the one in your picture above. 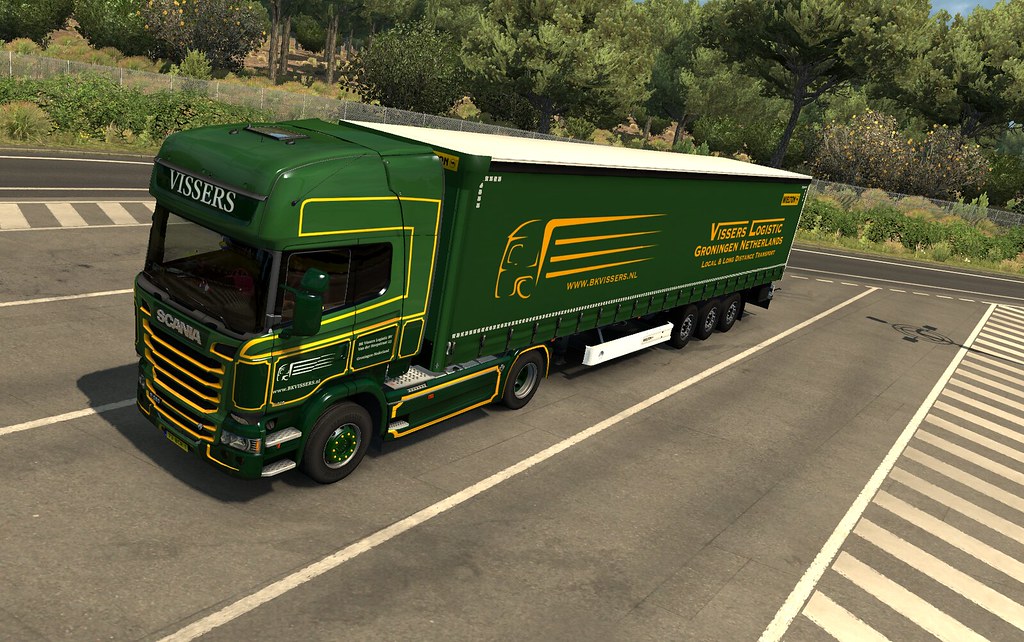 standard 13m trailer, would make the combo to long

Thanks, guys, I appreciate the info!

You're correct BK Vissers . The combo you posted is maximum length for a truck and trailer combo .

And some countries have some other options

. One Europe is like all the different rules in the U.S. . That's something I found out with ATS.

B787 the longer truck and trailer aren't certified as a 25.25 combo. The driver needs a different permit to drive them as well. That's for the Netherlands.
Maybe if you could get the combo to comply with the rules for a 25.25 and the driver has the right papers it would be possible.

In the Netherlands we've got a rigid dump truck that drives under the 25.25 rules so it can have a total weight of 60 tonnes instead of 50 tonnes.
Top

So he needs definitely a permission as it seems to me that this combo is longer than allowed.

Is it a thing you do once or is it needed before every ride? And for what kind of roads is it approved? For all as it is shorter than 25.25m or only for roads where Gigaliner are allowed to drive?

@B787 I don't know how it works. Netherlands it's different from Germany as well. Our 25.25 are less restricted then the one's in Germany as far as I know.

Might not be that much to long as it's a 40ft container.
And if he has a chassis with a retractable bumper he would be fine without a container. The container is what he loads and a load may stick out 1mtr, don't know if the Polizei will agree with it though.

. Extended container chassis with custom made long boxes on it.


Edit: did you see this one yourself?
Top

I don't know how much roads in Germany are certified for such combos but around my hometown nearly all main traffic roads are free for them as we got a lot of automotive companys here and I see those 25.25 combos daily. (sometimes they also got just one semitrailer which is longer than normal ones)

Our white lines on the road are 6m long. Normally the space between it must be 12m but in the picture it looks like the space has the same length like the lines. So he must be about 18m long.

Nope. Those trucks are very rare here... some weeks ago I saw a Freightliner Classix XL but his trailer was custom made. It's easier to spot a Scania T if you are lucky enough.