@natvander is correct, it was the equipment for attaching the bogie and the suspension that added the extra weight. It was certainly an interesting operation. The Automotive bent is interesting, and makes sense when I think that the Atlanta Triple Crown yard was pretty close to the now-demolished Hapeville Ford plant.

Edit: I also want to say that it's not surprising that it was Norfolk Southern that tried this. The old Southern Railway culture stayed strong after the Norfolk and Western merger, and Southern was big on trying new things. They heavily invested in intermodal early on, and they were the first US Class I to fully dieselize their roster during the transition era. As their boxcars said, Southern gave a "Green Light to Innovations!"

(I love their old boxcars, pic is not mine.) 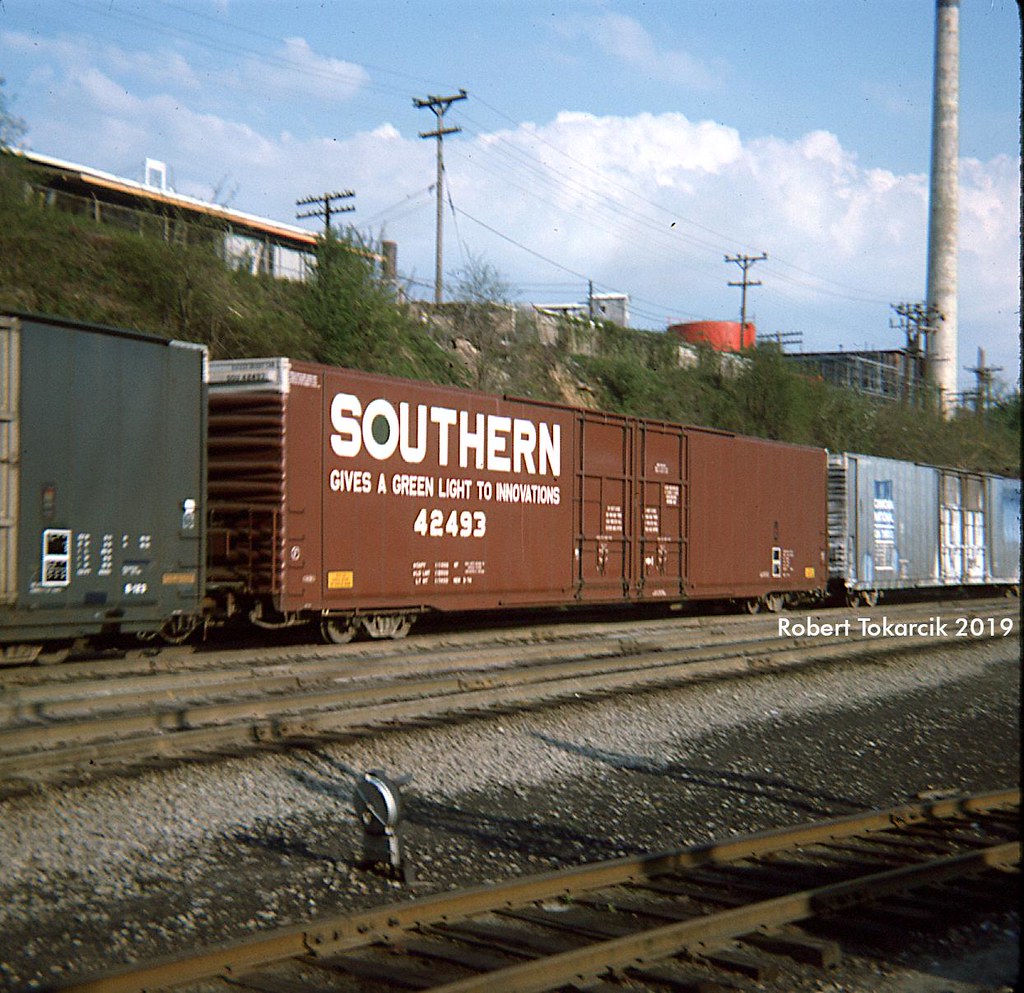 A lot of people doesn't realize how much trucks and trains truly depend on each other.
Top

CSX also dabbled with Roadrailers in the mid-late 80s, serving the auto industry too, with General Motors being the largest, if not sole, customer. I believe CSX ran them Detroit to Atlanta, maybe for the GM plant in Doraville.

I think CSX's Roadrailer partner company was XpressRailer or something similar. For the train afficianados on here, CSX regularly assigned their few remaining F units to these trains.