5 years from now, you'd still have to keep doing it. I'd rather use mods that get attention from their original authors or someone else picks it up. Main reason why I still don't use maps on my main profile. I use a third profile with heavy mods. Until ProMods releases, I don't use it as frequently.
DON'T BUY SHIFT KNOB FROM CSIO OR TA! YOU'VE BEEN WARNED!
*Poll: Choose Next 2 ATS States
*Poll: ATS Flatbed
*ATS Concept Map
*ATS Special Transport
*North American Agriculture
Top

Completely agree @flight50 but until someone else comes along and makes Ft Sumner and the Santa Rosa bypass, Vaughn and the rest, I will continue trying to do what I can to make USX work. I lived in W. TX for years and spent alot of time in eastern NM so I need those roads and towns; NM is barren enough and without those friendly landmarks, it feels really empty. Honestly, that's the entire reason I started messing around with this.

And from what I can tell, P16's version of US95 seems to be more in-line with SCS's version whereas Pazz' version (while probably more accurate) swings out southward and eastward more. Maybe @PaZz_ can modify that adjoining sector of US95 to match or atleast be Quartzsite "friendly" if not full on "compatible" before he bakes it into PazzMod 1.3.00...

@Vinnie Terranova If you load USX-SN above Pazz' US95, it breaks US95 about half-way between Quartzsite and Yuma on the UI Map. I never even tried driving it cause that's usually a one-way trip to the eternal void. 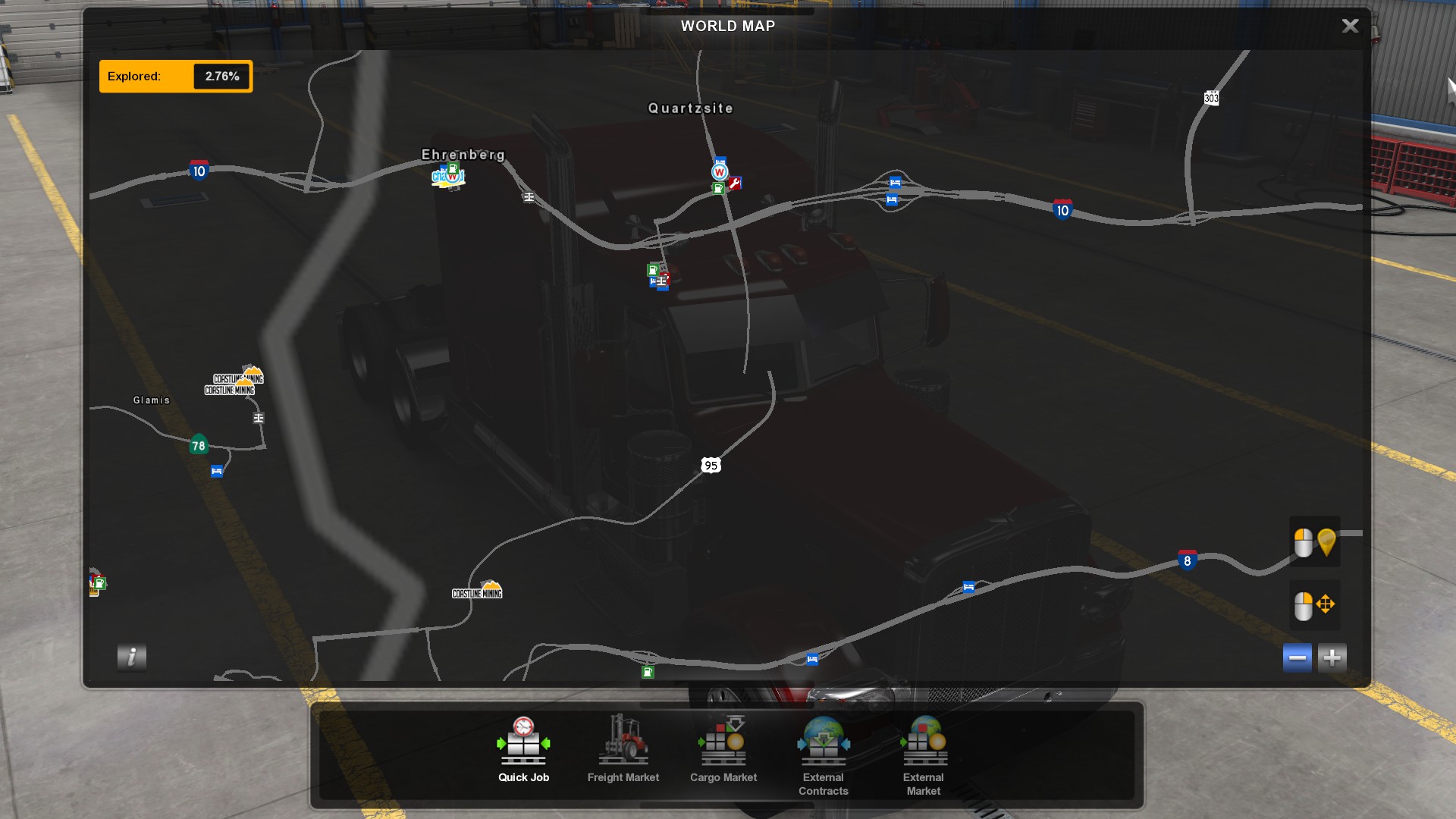 Now if you load US95 after USX-SN, you just lose Quartzsite... No idea if that turns Parker into a portal to the void or not though. I'll have to check that out later and see how bad it is... 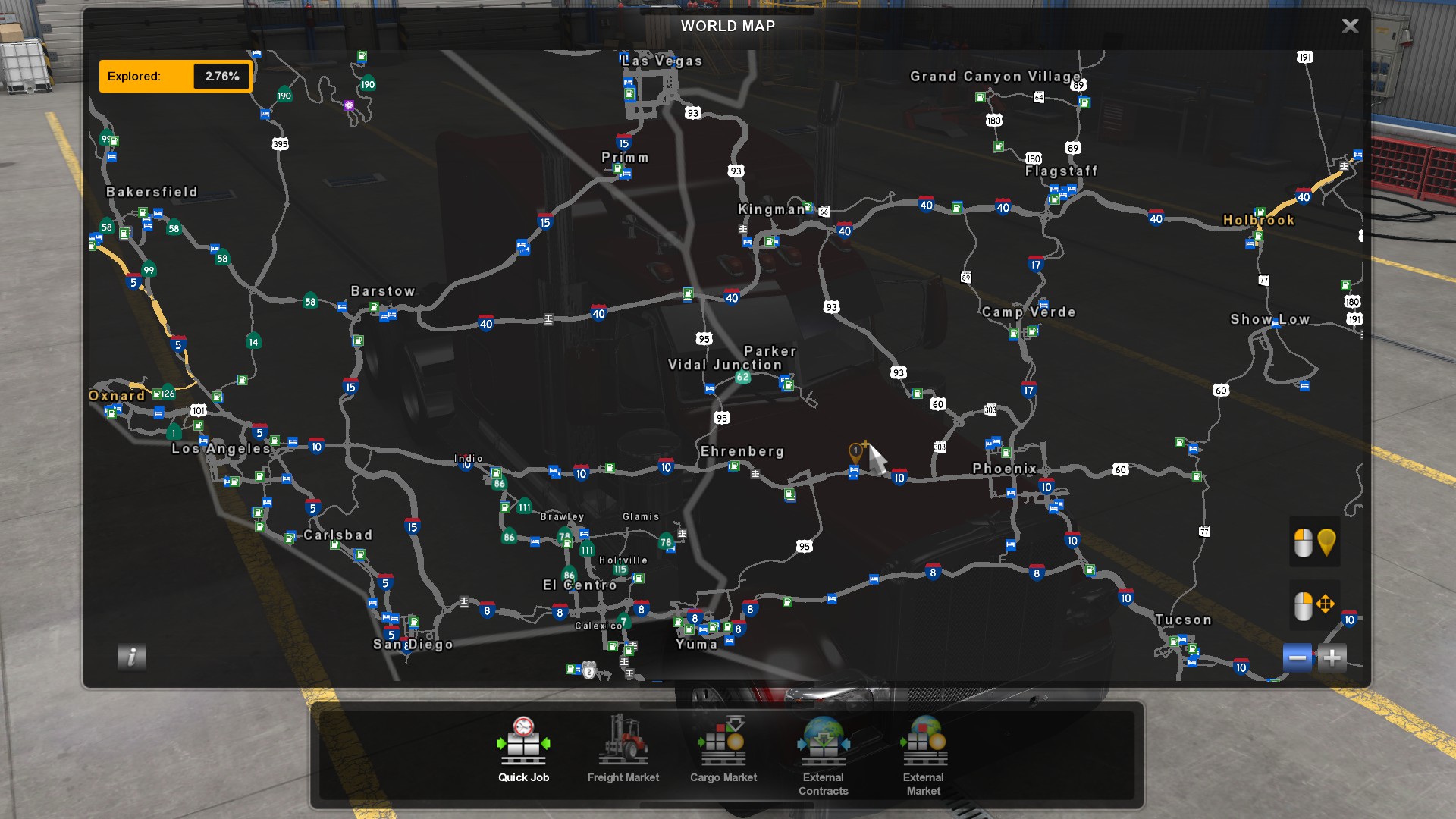 I'll completely overhaul that area, as you can see on my concept map. 1.3.00 will be ready soon. I'll also make my own version of Parker, but not until fall.
PaZzMod
YouTube
Imgur
Top

Well that makes it an easy call to make then... when you drop 1.3.00, I'll republish my guide leaving out those sectors/cities. Thanks Pazz!
Top

So, it's not only about those three town and/or the US-95: if PaZzMod does a complete overhaul of that area, I'm confident that he will make that area beautiful and authentic. And if that's the case, then there is no problem with loosing the US Expansion versions of Quartzsite, Parker and Vidal Junction.
The same happened with towns like Placerville, Yuba, Chico, South Lake City, etc. Instead we now have Sierra Nevada. And, oh boy, what a beautiful map mod is that!
So, yeah, in fact it's all about ATS evolving. And sometimes that hurts. But in the end ATS is getting better and better.

@Blackspots Where did you find that information? I haven't read all the posts of the US Expansion thread, just the last few posts, and of course the info I found in the first post:

Well, that's because P16 didn't know that he didn't have to make a C2C compatible version after Utah. Especially after I modified Roswell in C2C to match what he did there. (That was the only reason for having a C2C compatible version, but after I modified Roswell in C2C, there was no need for one - too many people were putting US Expansion in the wrong place in the mod manager and complaining about broken roads)
Author: C2C Eastern New Mexico, Texas, Oklahoma and Kansas improvments
ETS2 Map Combo: PM, Scandinavian Addon, RusMap, SR, The Great Steppe, PJ Indo Map
ATS Map Combo: Coast to Coast, CanaDream, Tonopah Reworked, US Expansion, Viva Mexico
Top

Updated instructions for compatibility with PazzMod 1.3.00