It seems it is an incompatibility issue between this mod and Sierra Nevada mod around that area - I am using Sierra Nevada mod. I think I misunderstood you, as I understood that removing those sectors would solve the issue. If I remove MUO entirely, the issue goes away.
Top

@koolizz make sure that you have 11.1 version of MUO map. I checked sectors in Map Editor for the 3rd time and have seen that -0021+0001 are present in MUO too. But it's already has edited in 11.1 and don't get problems with connection here 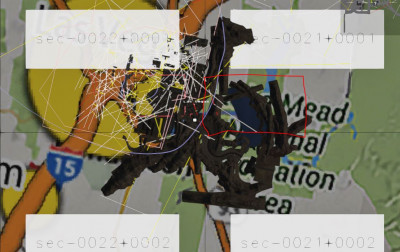 Just a guy from Belarus. So my English are not so good. Sorry about it =)
Check out my map mod for ATS: Bellingham heights Improvements
Top

I just saw what could be going wrong from your post on Idaho...remove google map mod navigation...Reforma team told NOT to use it with their maps. You also didn´t tell us what other mods you are running or what your gamelog shows either.
Top

LAFAYET47 wrote: ↑
16 Jul 2020 16:26
I just saw what could be going wrong from your post on Idaho...remove google map mod navigation...Reforma team told NOT to use it with their maps. You also didn´t tell us what other mods you are running or what your gamelog shows either.

I have of course disabled google map mod navigation and also background map mod already. I am telling you, as soon as I remove MUO mod the 93 broken road issue goes away. It's either an issue with MUO and one of the following two: SCS update of Las Vegas or Sierra Nevada mod.
Top

@Quaristice sec-0023-0013 and -0023-0014 (Kennewick, WA sectors) are conflicting with Idaho new connection. I really don't understand why do you have this sectors in your mod? They are so far from CA part of I-5 and I-10.
Just a guy from Belarus. So my English are not so good. Sorry about it =)
Check out my map mod for ATS: Bellingham heights Improvements
Top

Hey, when loading your v.11 mod alone... there is a connection missing from Kennewick to Lewiston ...... (I'm only using your patch by the way)

Unfortunately, I have to concur, using ver. 11.1 with no other map mods installed and Idaho leaves this gap.

Btw, thank you so much for your hard work on this. I really cant live without it when going to the LA area.
Top

Just went over the sectors contained in Minor Urban Overhaul, Sierra Nevada, and the compatibility patch for both, and none of these mods use sector -21+2, which is the one that for some reason gets reverted to its 1.37 version if you use MUO and SN together and causes that mismatch at US-93. So that's just confusing.

Only solution I can think of is just including the vanilla 1.38 version of sector -21+2 in the mod, overriding whatever mess is going on there when you combine the mods.

Kennewick will be fixed, the changes the mods implemented there are the usual traffic area changes that I've described many times in the thread already. In the vanilla map Kennewich only has a "high traffic area" surrounding the more central part of the city, I just expanded it to also encompass the parts of I-82 and I-182 that are close to it, to simulate increased traffic in that region caused by commuters using the freeways close to the city. I assumed it was too far away from Idaho to be affected so the sectors there haven't been changed since the Washington release.

Also, I'm not going to make any changes to Idaho sectors. I went over it in the map editor and all the vanilla traffic areas there are pretty reasonable, covering the regions of large towns that I believe would have higher traffic than usual and not avoiding highways going through the cities like some older DLCs liked to do.
Top
Post Reply
404 posts

Users browsing this forum: No registered users and 9 guests