Now I am hyped twice

Video: Saddle Road
Here's a quick 4-minute video showing you one major highway set to release in the first version of Island Map.
The fps is not a result of poor optimization. OBS failed to cooperate with me. The game looked fine on my end. The fps improves shortly after the start of the video.
Play on playback speed x2 for better image quality. Video is WIP and some things aren't complete. However, most things should be finished.
Last edited by DuckieBae on 21 Sep 2020 03:52, edited 1 time in total.
Map Modder for American Truck Simulator:
ISLANDS MAP
DISCORD
YOUTUBE
Top

This is absolutely awesome. Are you making custom prefabs and traffic light profiles for these intersections?
Check out some of our ATS map mods! (click below for forum links)

@ArzuMtz He's using bezier patches on top of intersections and placing the lines manually, with lots of trajectories (which makes it very surprising that the prefabs work). Also, you can actually use any signal at any intersection (not just the ones suggested by the game) if you type in the name.
Discord: OtherGuy#4847 https://discord.gg/2wJRVdr
Top

@ArzuMtz Thanks! I used bezier patches on top of prefabs. Then disabled the collisions, connected the prefabs up with invisible roads, added trajectories to the prefab and finally added lines and curbs ensuring that the stop lines correspond with the prefabs stop lines.
Last edited by DuckieBae on 22 Sep 2020 04:15, edited 1 time in total.
Map Modder for American Truck Simulator:
ISLANDS MAP
DISCORD
YOUTUBE
Top

Another Island?
Those on my discord know that Hawaii isn't the only island coming to Island Map 0.1. One town in the tropical country of Cuba will also release with the first version of this new map! I plan to make more of Cuba in future releases. I don't want to share too much of Cuba because of how small it is. I wouldn't want to spoil everything. But I thought I could manage to share a screenshot of the town. 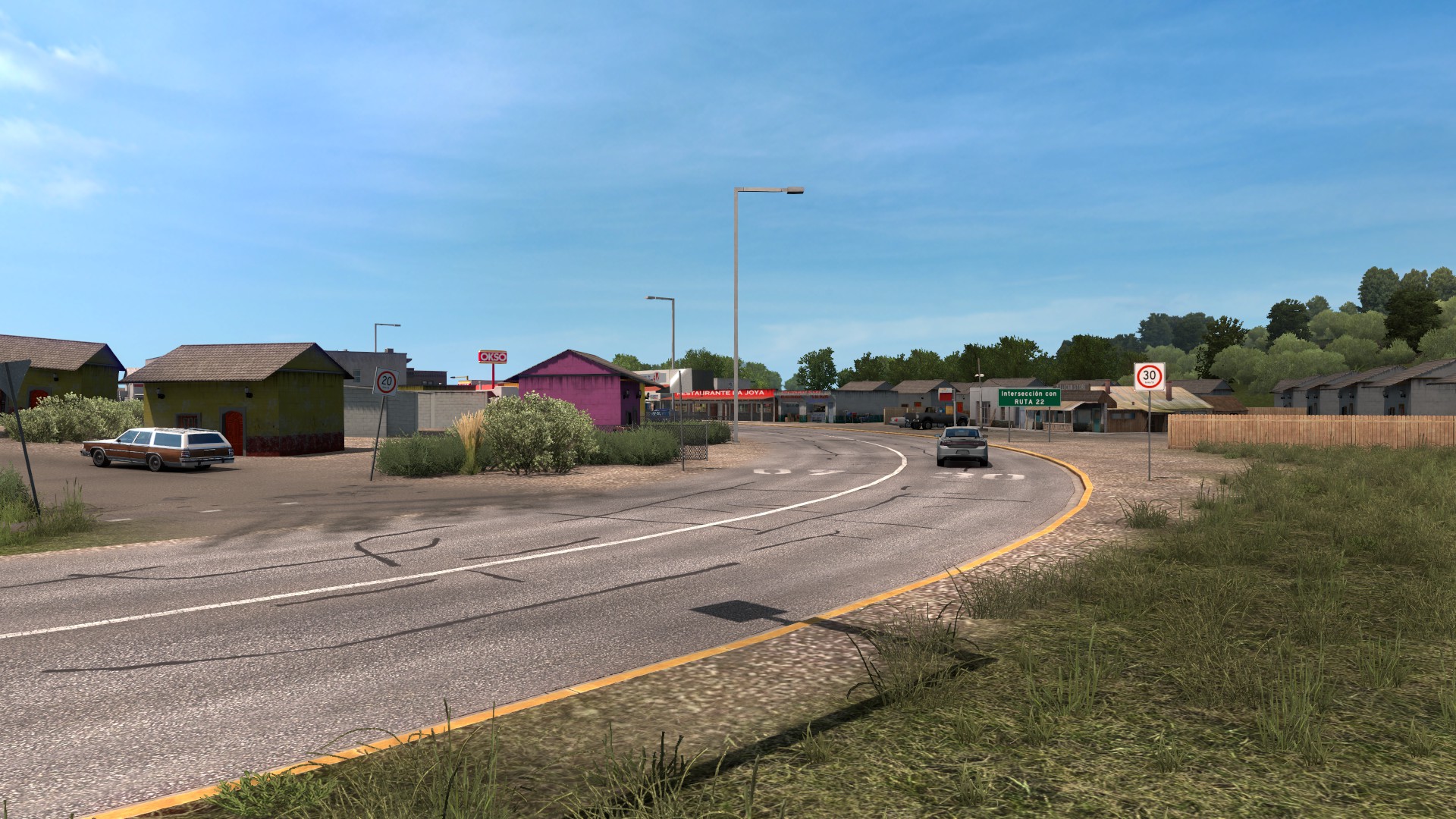 It's quite a challenge to map in Cuba, because the country is so different from the United States. It also doesn't help that there's a media ban and google streetview isn't available in Cuba. However, I managed to find some videos and pictures and use my own experience of being there on vacation to map the region. Road laws, signage, traffic lights, and much more, most of which come from Mega Resources (dependency). Sometimes I have to create my own assets, but I try to use alternatives when ever posible. It's going to take some time to get it right, that's why Hawaii will have more content in the first version.

In future versions I plan to fill in the rest of Cuba and complete the other islands of Hawaii.
Map Modder for American Truck Simulator:
ISLANDS MAP
DISCORD
YOUTUBE
Top

This is a great project @DuckieBae! Although I am saddened with your discontinuation of your Project East, I see a good reason why. It's good to seeing you having a fresh restart, and I think it would be easier for you to update the Islands Map since you won't have to encounter the new (and upcoming) DLCs overlapping your map sectors that would probably mess up your work. Also, it would take years before SCS considers a Hawaiian or Guam DLC, since they are still working on in making map DLCs for the whole US mainland states.