I'm hoping this mod gets some minor updates for 1.37, namely the issue with the following (I don't know how to fix it myself):

That would be nice, especially since the texture you referenced is not part of my current VNL addon...

--EDIT--
Found what it was, the Stabo XM 4060E CB Radio with english audio chatter (originally made for ETS2 by AlexeyP, that I've been using in ATS for a couple years), never got that error until 1.37. The automat has this in it:

The mod's audio no longer works with the introduction of FMOD, and that's something I have no idea how to fix.

The referenced sound_eng.sii contains this:

I suppose I'll just have to delete that a9 folder (though, its referenced in the pmd files), along with the contained audio. I like the CB radio (better than what's in SiSL's Mega Pack, or the radio contained in the VNL mod)
Author: C2C Eastern New Mexico, Texas, Oklahoma and Kansas improvments
ETS2 Map Combo: PM, Scandinavian Addon, RusMap, SR, The Great Steppe, PJ Indo Map
ATS Map Combo: Coast to Coast, CanaDream, Tonopah Reworked, US Expansion, Viva Mexico
Top

1.37 version is almost ready, and out for testing - since it has no more replacement cabins or interiors, 'twas just a number of mats and tobjs/dds where names have changed in reference to Galimim's base mod. 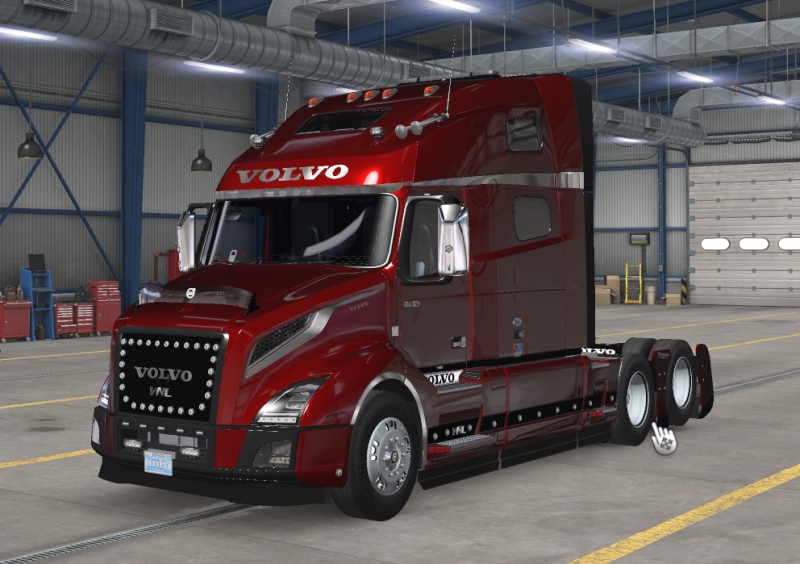 Wow, looks amazing! The lights in the grill are new?
Top

Looks good man, can't wait for your update to roll out
Top

As I mentioned over in Galimim's thread, that black plastic looks too shiny, isn't it supposed to be almost matt black on the real trucks? The current plastic basically looks like what happens when the game doesn't find UVs and defaults to just the color info, which I've had happen to me a time or two while modding ETS2.
Top

Nice,cant wait for it btw why is the topic named closed instead of REL?
FMOD sound modder and currently learning to make my own 3D models,yet i'm fine at porting PTTM/Haulin mods into ATS/ETS2 with fixes.I do not take requests on new trucks,it will be a waste of time.
Top
Post Reply
241 posts