Forum rules
SCS as a company do not wish to have paid mods on this forum. While we understand that not all paid mods use the Intellectual Property of other companies/people, it is very hard to moderate what is and isn't acceptable when money is involved. There are also concerns that it could look unfavorable to potential work partners going forward if SCS allow mods that may potentially use unlicensed branding.
Posting in the Mods forum (ATS and ETS2) is restricted to sharing free-to-the-public mods and providing support for mods. For more details, please check chapters [4] and [5] of Forum Rules.
Post Reply
9 posts • Page 1 of 1

EDIT: This mod is no longer useful, and will not work with game versions 1.32 or newer. As of 1.32, SCS have improved the blue light colour in the same way that this mod does. If anything, this mod is now inferior to the vanilla game. I apologize for not realizing this much earlier. You may delete and/or disable this mod and it will not "break" your game save.
_____

Since ATS's release, the police cars' blue lights have always bothered me. Their hue is too purple in my opinion. The 1.29 beta's random roadside events look really cool with plenty of police and fire trucks with their lights constantly blazing, but for me it highlights the fact that the blue lights aren't blue enough compared to virtually all real North American lights (and most European ones from what I can tell). Any sort of purple hue of a police car's lights is caused by the blue and red light beams mixing, not from the blue lightheads themselves:

This mod rectifies that. If ETS 2 also gets the random events in an update, I'll make a version compatible for it, too. 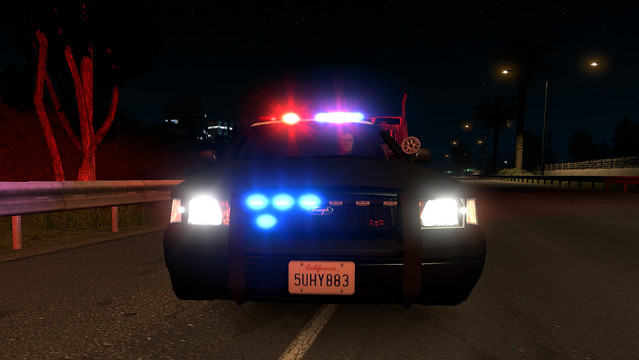 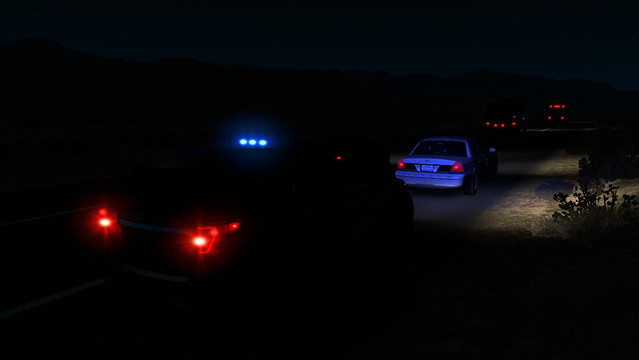 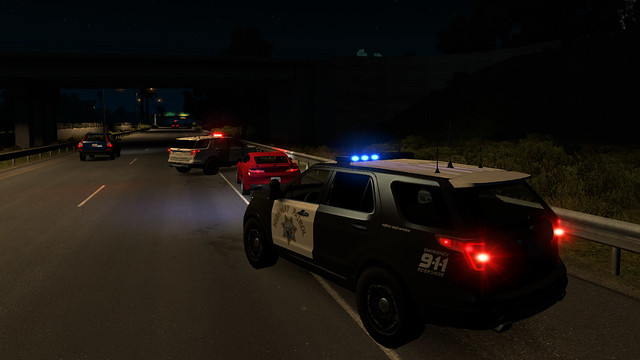 EDIT: Tested on 1.29 general release, and also released on Steam Workshop. piva has also included my blue flare texture from this mod in his Flare mod for ATS. If you're using that mod, this one may be somewhat redundant.
Subscribe on Steam Workshop

Thanks, guys! That means a lot coming from either of you.
My Steam Workshop ・ flickr ・World of Trucks ・ YouTube
Top

A simple but brilliant mod, thank you!

Now that the SCS Workshop Uploader has been updated for use with 1.29, this mod has now been released on the Steam Workshop.
My Steam Workshop ・ flickr ・World of Trucks ・ YouTube
Top

@lonestranger I noticed that your mod no longer works on 1.30 if subscribed via Steam Workshop because it is specified for 1.29 only.

I manually copied the mod contents to the universal folder and it works fine. Perhaps you would take that into account for your next update?

Thanks again for this simple yet great mod!

I am wondering if you know anyone who has made blue overhead warning lights for the trucks yet. Lots of Amber but have no found any blue yet. I need it for my Ghostbusters W990 truck. Amber just does not look right. Thank you.
Top
Post Reply
9 posts • Page 1 of 1