Forum rules
SCS as a company do not wish to have paid mods on this forum. While we understand that not all paid mods use the Intellectual Property of other companies/people, it is very hard to moderate what is and isn't acceptable when money is involved. There are also concerns that it could look unfavorable to potential work partners going forward if SCS allow mods that may potentially use unlicensed branding.
Posting in the Mods forum (ATS and ETS2) is restricted to sharing free-to-the-public mods and providing support for mods. For more details, please check chapters [4] and [5] of Forum Rules.
Post Reply
74 posts

I decided to create a new topic for this mod so the first post can be used to notify you fine folks of any updates instead of your having to hunt them down in the depths of the old one.

Where it came from:
Someone anonymous did one for earlier versions of both games but it didn't get updated after an SCS update. It was credited to Jazzycat but although it used his truck models it never appeared on his web site, so I assume his participation was without his knowledge. This one is based on what the original did, but only uses SCS models, has been kept more or less up to date and has had extra bits added to it, especially the ATS version.

What's in the box:

ATS Multiple Trailers In Traffic Base: 1: Except hay, which SCS include. SCS also include double pup dryvans & reefers and a Rocky Mountain double grain hopper. 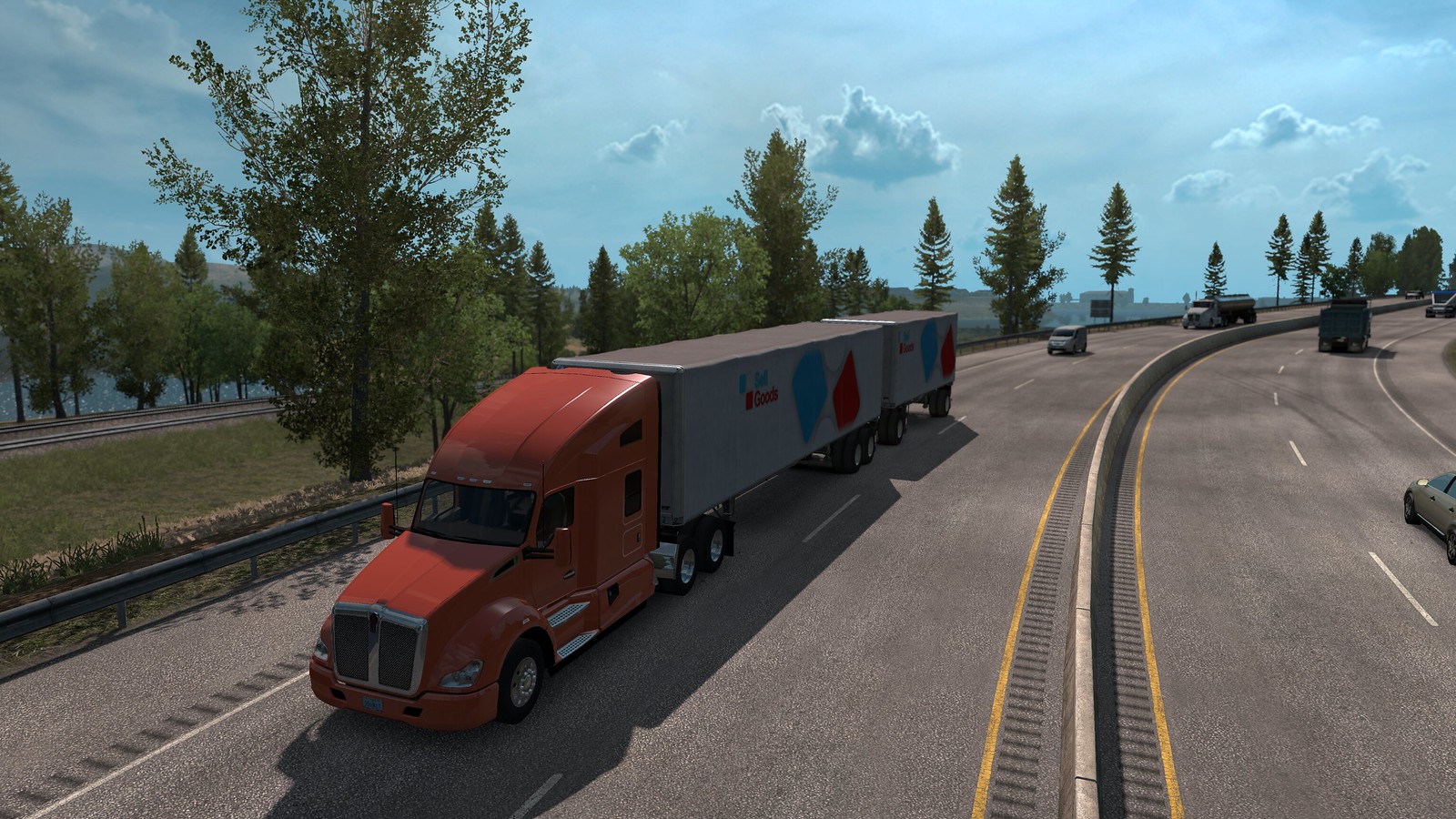 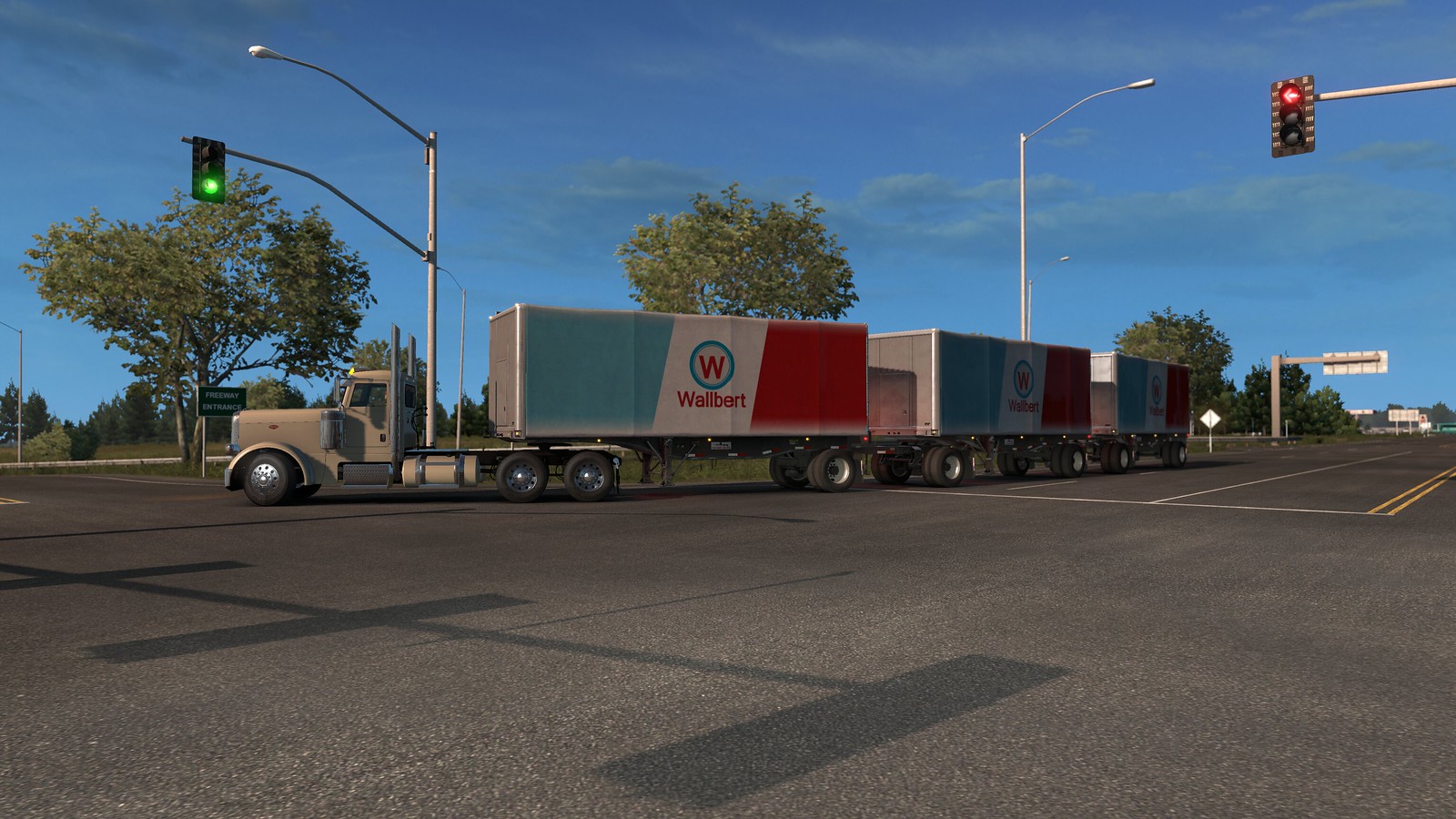 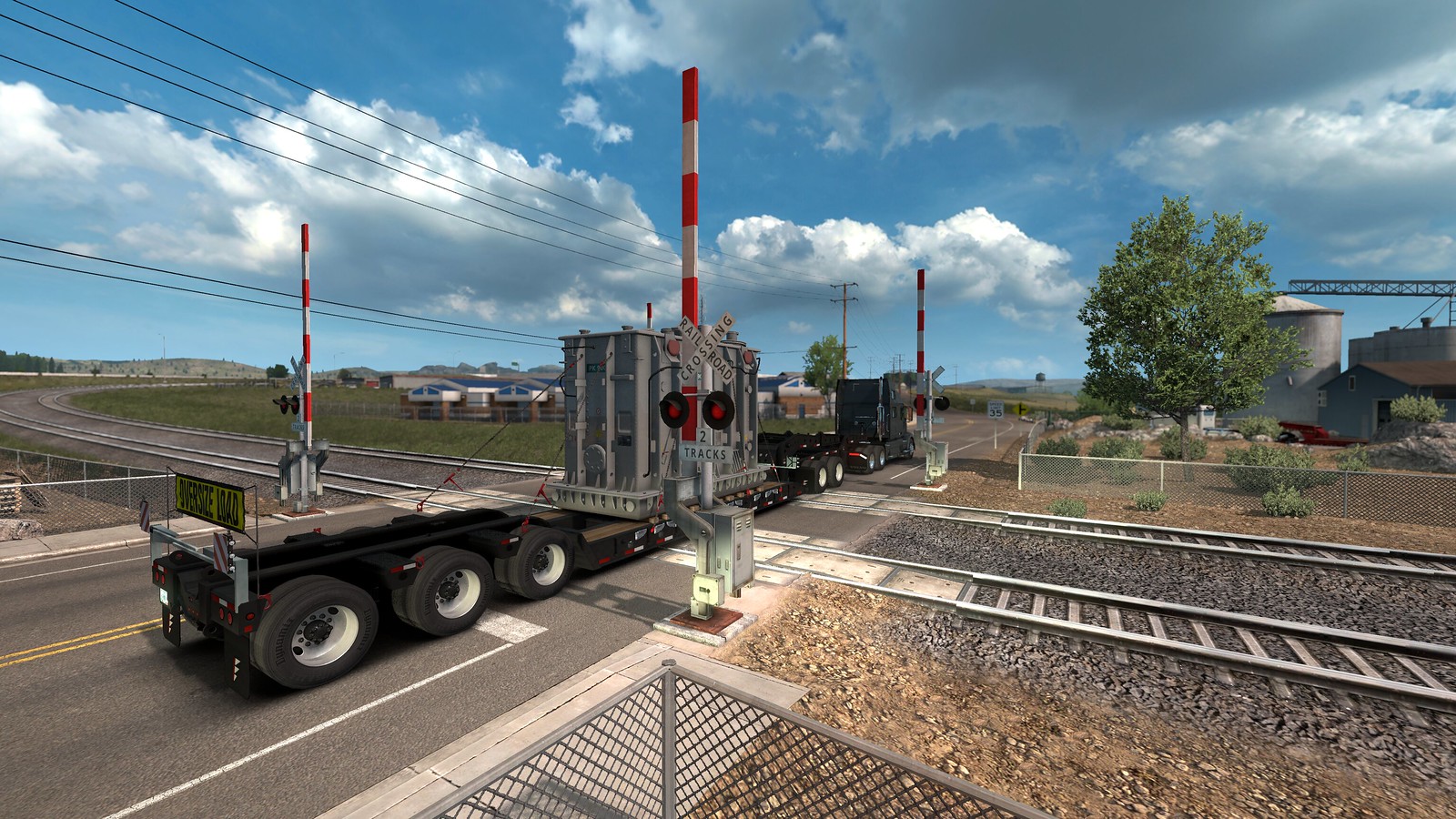 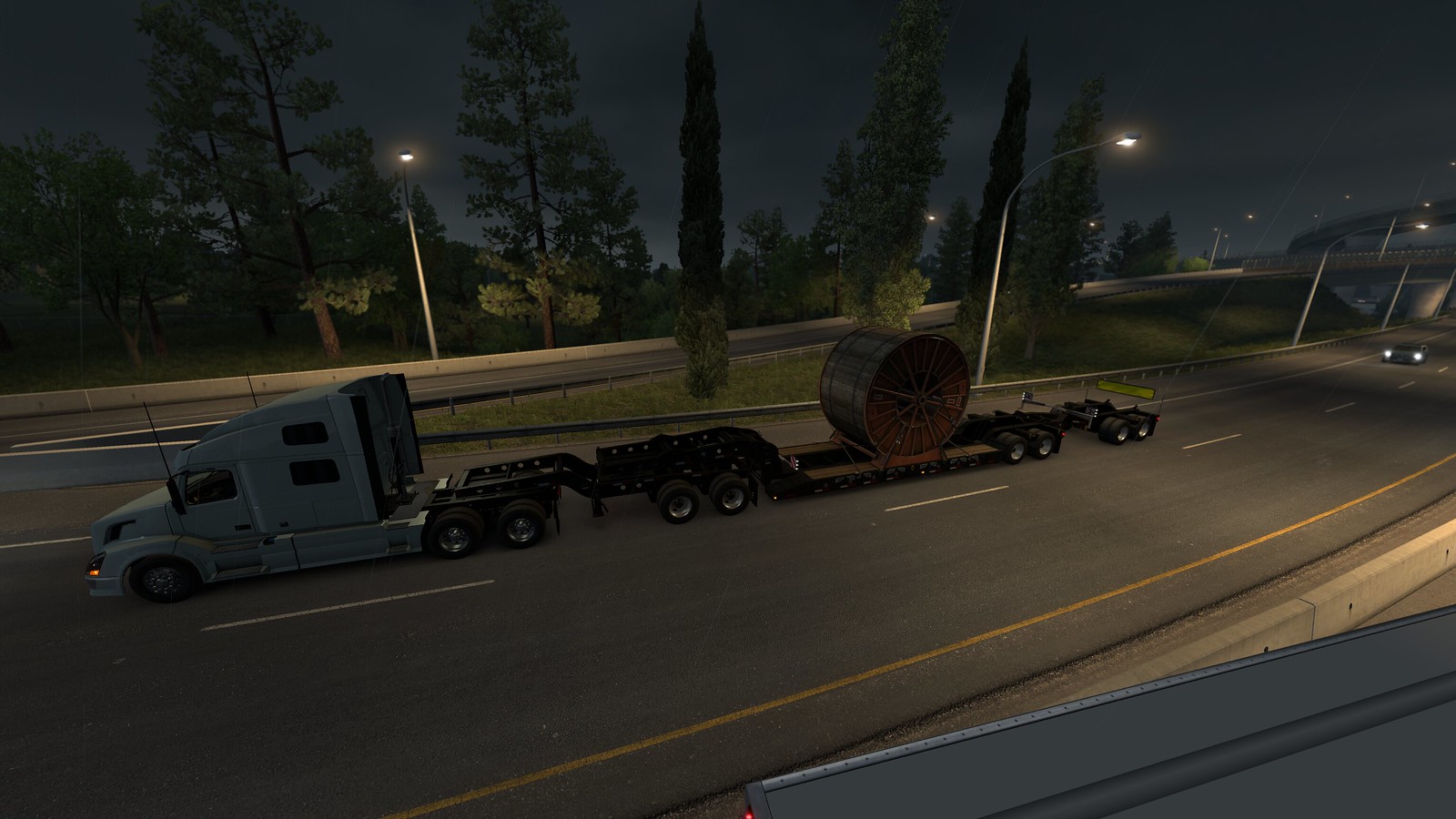 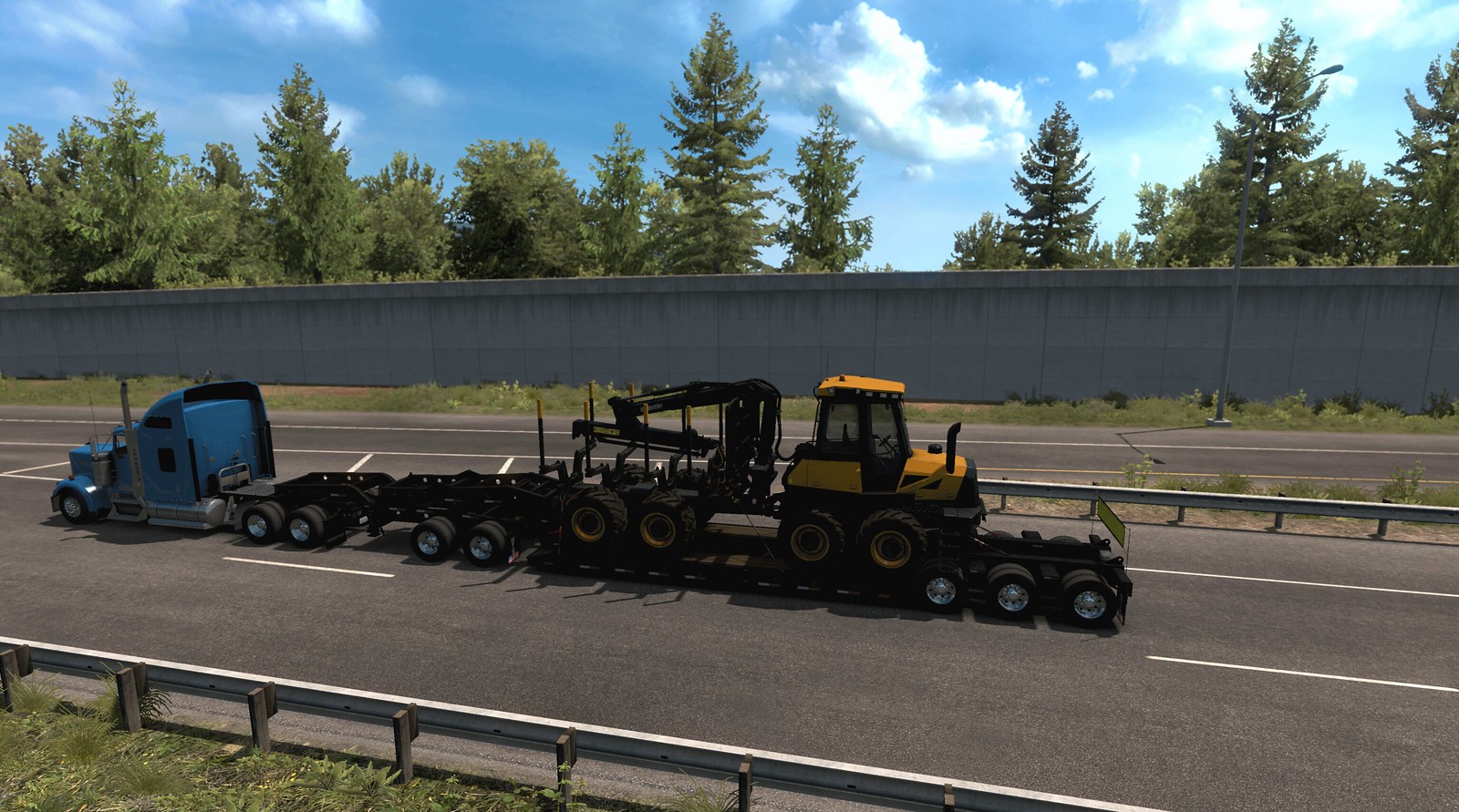 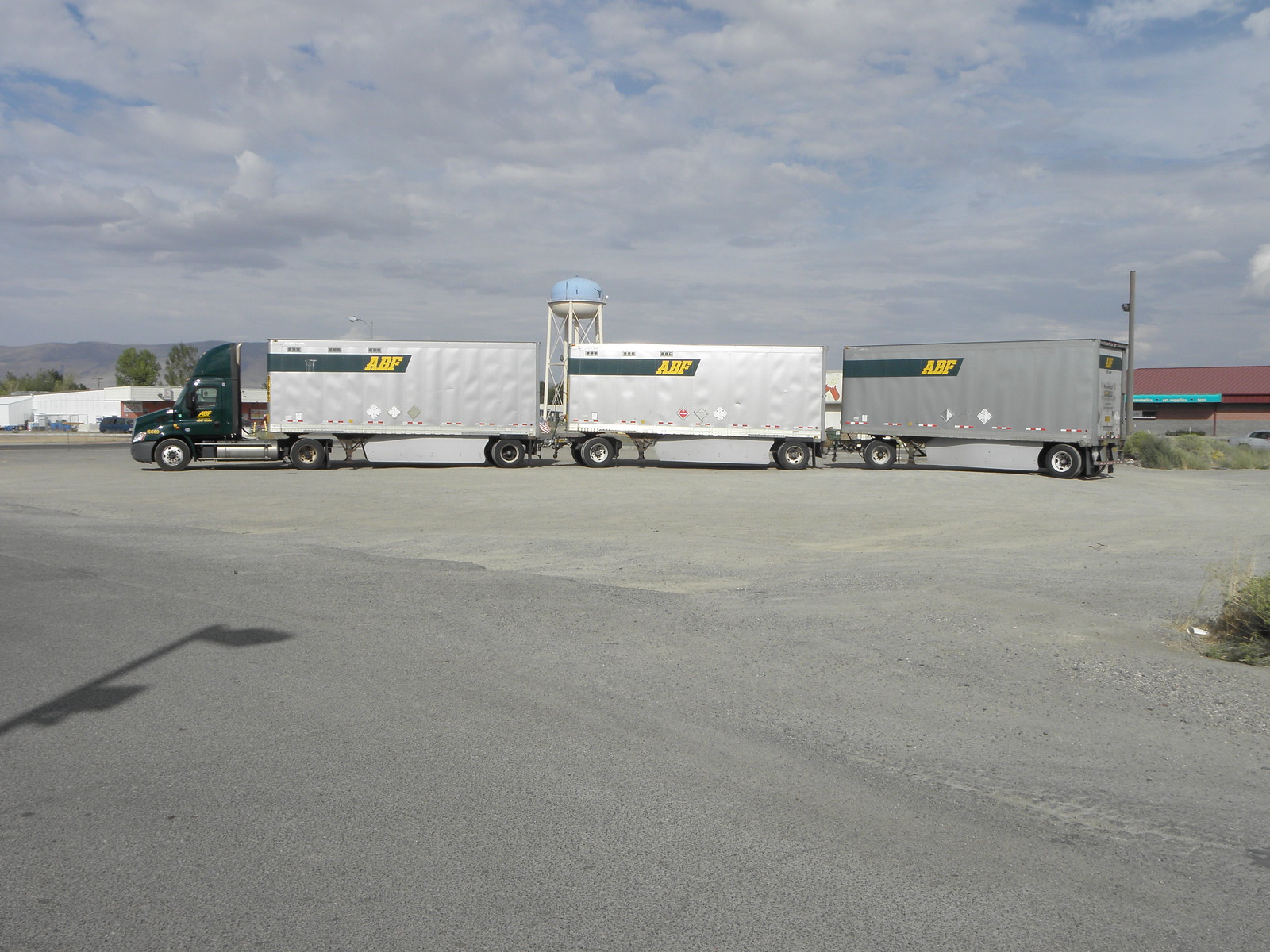 Trailer paint jobs are the standard-issue SCS ones. Real companies mods should replace the SCS skins with their own. The mod has fancy truck colours courtesy of the inestimable CIP of this parish, who also did most of the hard work on the heavy cargo trailer adaptations and pointed me in the right direction over the traffic rules which make the whole thing work.

Version of the Jazzycat Singles & Triples mod with triples in the right places - ATS_Jazzycat_Painted_Pup_Triples_and_Singles.scs - 148 KB
If you are using cip's Traffic Density mod (or anyone else's come to that) then it MUST GO ABOVE ALL OF THESE MODS in the Mod Manager.

Known issues:
See the description text files in each mod for the countries/regions in which the trailers appear, and how to make the multis appear everywhere if that's what you want.

This is a "bare-bones" mod and you are actively encouraged to take it apart to see how it works and create your own trucks and trailers.

I can't speak for anyone else, of course, but I downloaded this file because when I read the readme.txt file in the newer one, which I always do before I add a mod to the game, it said "updated for v1.33", and I have 1.32. But after I downloaded this file I saw it says the same thing. So do you have a 1.32 version? Or will these work in 1.32 and I am clueless as usual about updates I don't have?

There was a 1.32 version at one point. Let me consult the backups...

SCS have updated ETS2 to v1.33.2.19 while I was eating my dinner and thus broken the mod. ATS also got updated, but the mod is unaffected.

Happy New Year Mr Larrington! nice initiative with new topic for multiple trailers in traffic. what you did not mention and you should is that inevitably there are traffic files in your mod, these were broken on 17 December in ETS2 not the multiple trailers.
For info, you mod as it is now, is not compatible with traffic density mods, it must be placed above to see doubles in traffic, but the traffic mod may be affected (depending what's the complexity level of the density mod used).
For info I added the rules for multiple trailers in traffic in my traffic density mod and I mentioned this in my thread for ATS and ETS2.
now for traffic there are overrides rules that can make your doubles compatible with any traffic mods, please remind me to do this one day! currently I am busy with Chris45 doubles, for some reasons I have crashes in ATS with no errors but I suspect the Chris45 pack... need more investigation, I may be wrong (I hope)

Work great in ATS 1.34 too. Anyway, can you make default turnpike double by scs (not 53' wabash trailer) to the traffic? it consists two 45ft trailers (first one with hook with def name dry_45_hook and the second one being dry_45_r). Thanks you so much
Top

Announcing v3.2, as sort-of requested by Walker Bill - see first post for links etc. Only real change is the inclusion of 45' turnpike doubles alongside the existing 53' ones. See also the first post if you want just one or the other type.

thanks for the update! I will check soon the sounds that are currently in your pack, all my sounds have been revised and this pack deserves the best sounds