Forum rules
SCS as a company do not wish to have paid mods on this forum. While we understand that not all paid mods use the Intellectual Property of other companies/people, it is very hard to moderate what is and isn't acceptable when money is involved. There are also concerns that it could look unfavorable to potential work partners going forward if SCS allow mods that may potentially use unlicensed branding.
Posting in the Mods forum (ATS and ETS2) is restricted to sharing free-to-the-public mods and providing support for mods. For more details, please check chapters [4] and [5] of Forum Rules.
Post Reply
146 posts 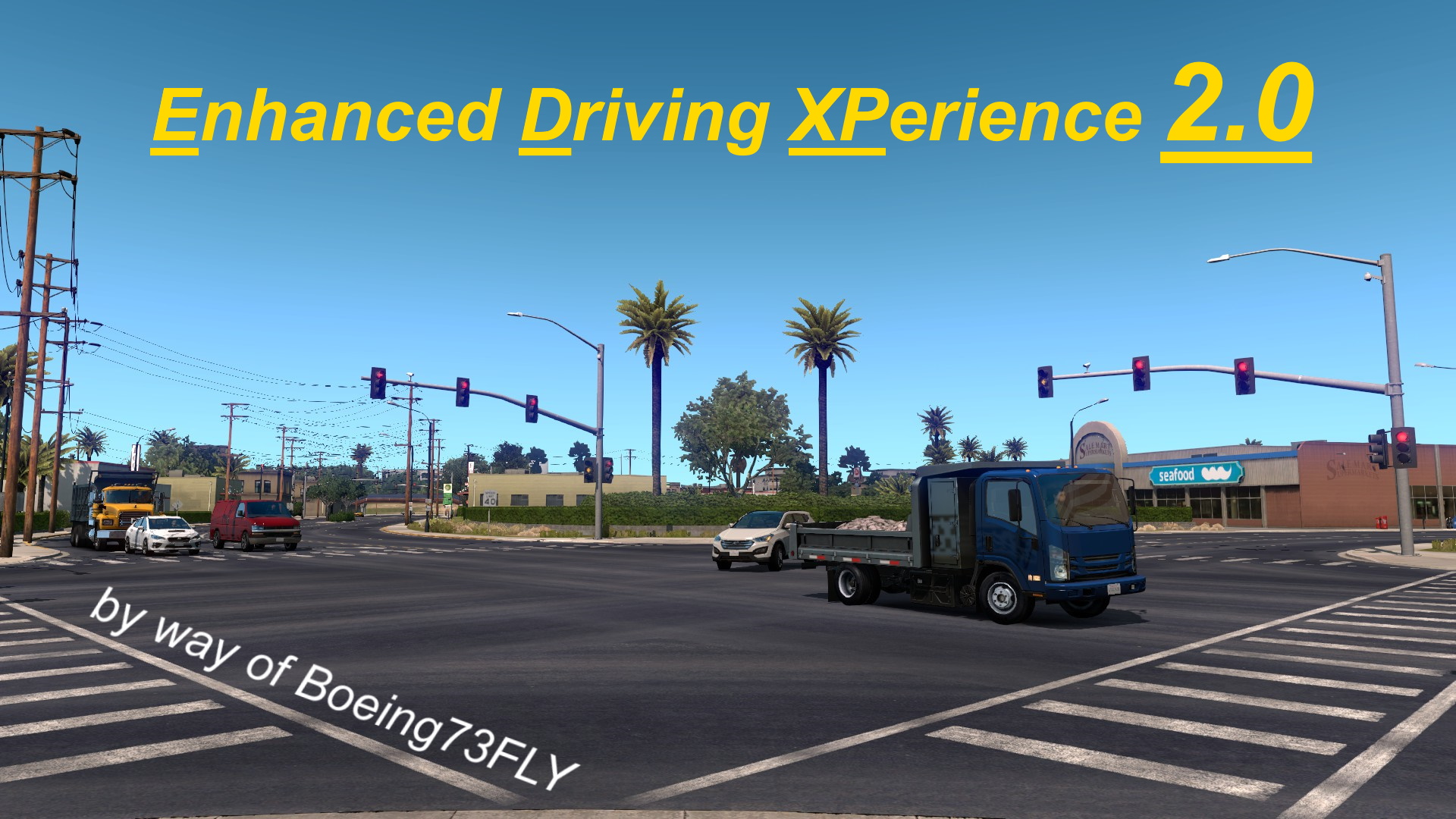 Here is an outline of what has changed (NOTE: Points with a # symbol indicate something is not yet implemented):

*PLEASE NOTE*
This mod must be loaded in-game at a higher priority over other sound or AI mods.

I hope you all will have a better driving experience with EDXP. Feedback is always welcome. Safe travels

Bugs Please note that some of the following cannot be fixed by myself.

Available ONLY on Steam Workshop: DOWNLOAD
Addon mods for DLC compatibility are also available here. They must be loaded BELOW the base mod in the mod manager.

Special thanks to cip for letting me incorporate part of his Real Traffic Density mod into EDXP-US!
My cargo rework is inspired by LAFAYET47's Cargo Market Rework mod. Consider mine the 'lite' version of his.
Last edited by Boeing73FLY on 19 Feb 2021 03:00, edited 109 times in total.
MY ESSENTIAL MOD FOR REALISM

Not really sure how to install a mod in a rar file, Do I just copy paste the SCS file in the rar to the mod folder. or is there more ?
Thanks
Top

@Tazburg: Inside the rar file is a folder with .scs file

What Ununiumplum said. The SCS file is inside the folder called "Rain". Why did I call it "Rain"? Because in my ETS2 version of this mod, I had another version for the winter season. That will become available next winter for ATS.
MY ESSENTIAL MOD FOR REALISM

Thanks for the replies everyone, Much appreciated.
Top

Boeing73FLY wrote:What Ununiumplum said. The SCS file is inside the folder called "Rain". Why did I call it "Rain"? Because in my ETS2 version of this mod, I had another version for the winter season. That will become available next winter for ATS.

Looking forward to more of your Mods, Quick question if I may, With the wide variety of weather in the States, ( Heavy Snow East Coast, Northern States, and the Lower states where snow can be pretty rare,) Is it possible to have snow in some areas while in other trees that's lost it leaves but no snow on the ground ?
Or am I wishing for too much ?
Thanks.
Top

Thanks for this! Red lights are much more realistic.
Top

Tazburg, I'm not entirely sure, though it does sound like it's possible through map editing, something which I am not experienced with at all. I do know that you can make seasons such as complete winter (snow all over the place) or mild winter (no snow, no tree leaves) by editing the map and rain textures. However, you could only choose one of them. Take these mods linked below from ETS2 for example, made by grimes. I bet he can convert those mods into ATS with little problems. Spring is around the corner, and I definitely want to see his Spring mod converted into the sim.