I'm glad you finally got back to this project! Take your time, man

question for you sir... Is it going to have a stand up sleeper option like the general in smokey and the bandit II?
Top

@fortune1524
Smarty mentioned somewhere that he will add it, but no sooner than he focuses on "phase III" of General production run. Currently he develops "phase II" truck. Hope I'm right and this helps.

As soon as this stand up sleeper appears, I will instantly pick it fo'sure

Slight correction: I'm currently working on Phase I (mid-production ~1981-1983ish). Phase II will be early production options (1977-1980ish), which should hopefully include the standup sleeper. The main truck in the film was around a 1978 model (the battery box is a dead giveaway). Phase III will be late production (1984-1987), which will have the 34" and 60" flat tops, set back axle, and 24" aluminum tank options. I wouldn't expect Phase III very soon, but Phase II should be relatively easy. I have the final body builder reference book that I needed for that (Chevrolet 1977).

This isn't so much an update as a teaser, but here's how it looks currently with the SSAO in 1.38: 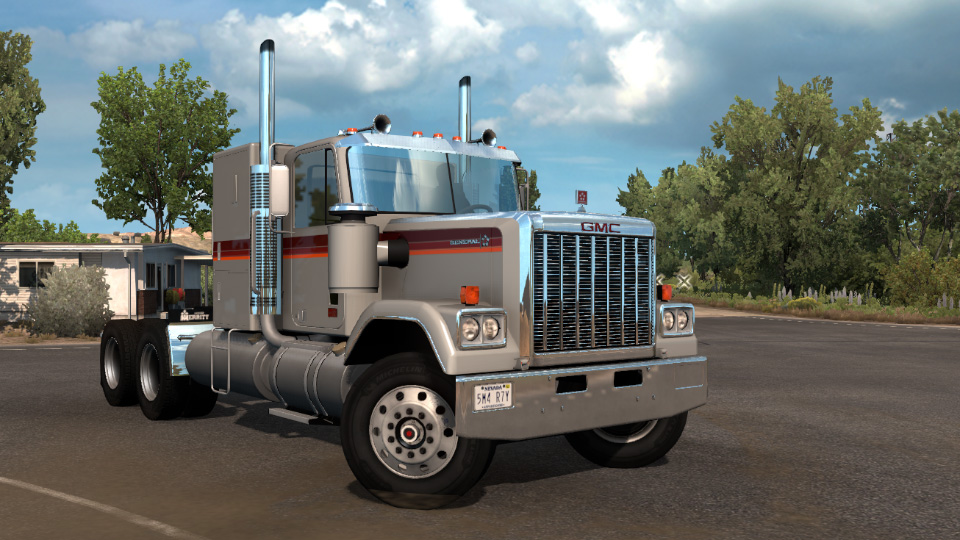 I know there are some varied opinions on SSAO, but I feel comfortable saying that it makes a world of difference here. There's no baked texture AO – just some vertex painting and SSAO.

Nice touch on the plate

Don't PM me for FMOD help, ask on the forum so others can learn from it as well

My sound work is only for friends from now on
Top