I'll echo what Ernie above me said. I'm personally no stranger to using Blender as I've used it (alongside other tools) to make mods for a decade now. However, while I understand where you're coming from and what you mean by wanting to keep the trailer "accurate" to the metal it is made of (be it stainless aluminium, chrome or whatever), I'd say that having to make models ourselves for whatever livery we might "need" to put on for our projects is a bit overkill.

If we take the photo Skoot posted above as an example, and assuming I'm understanding things right), to add that number on the front of the trailer we would need to go into Blender and add it as a separate mesh which will then be called ingame via the locator. That's just for a number.

Now, I've seen this done on a few trucks in the past, and I agree it works as intended, but it is cumbersome to do. Even if it's just copying&pasting pre-existing stuff you made as a template, the average user might struggle with that system. You have to take into consideration that not everybody might have the same level of knowledge we do.

With that said, I'm thinking of potential solutions without having to butcher the model and perhaps you could see if it was possible to make a copy of the trailer, rescale it to be bigger than the real one by something like 1mm on all 3 X/Y/Z axis, lay it on top of the actual trailer and make it transparent. Then, it could be uv mapped as normal, but it would be effectively invisibile, other than the parts of it that would be painted. That way, maybe you could achieve the same result, but with the benefits of a more traditional uv mapping and skinning method.

Plus, I mean, these trailers might not be the same model as yours, but they do come in fully (or partially) wrapped liveries sometimes. 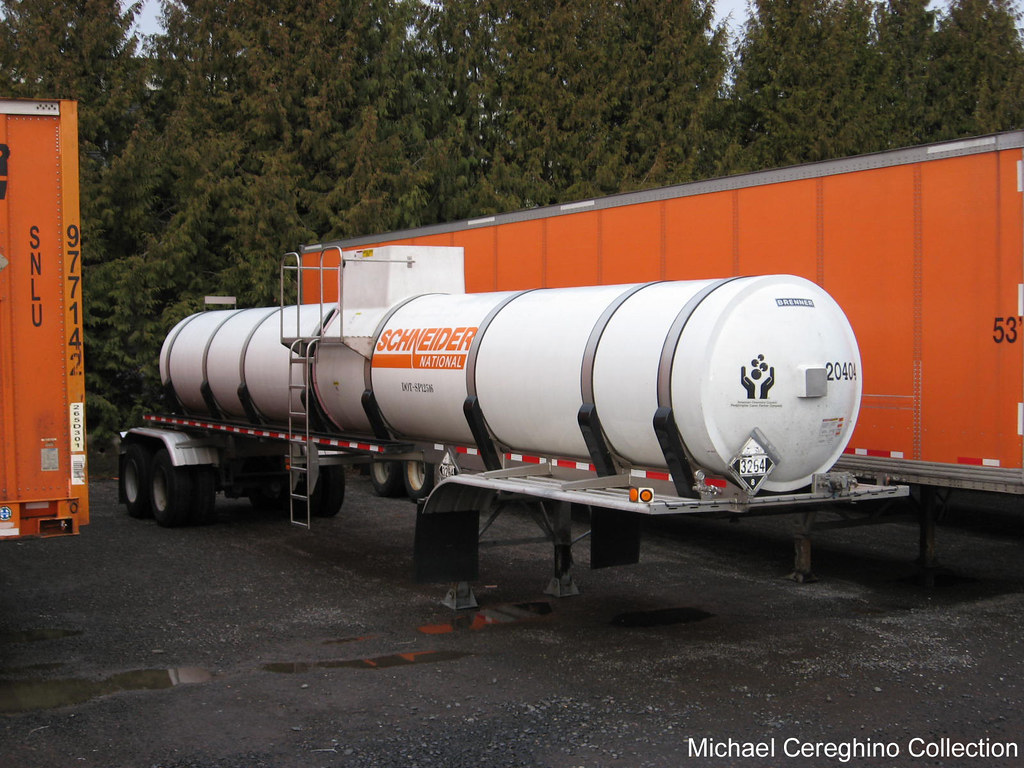 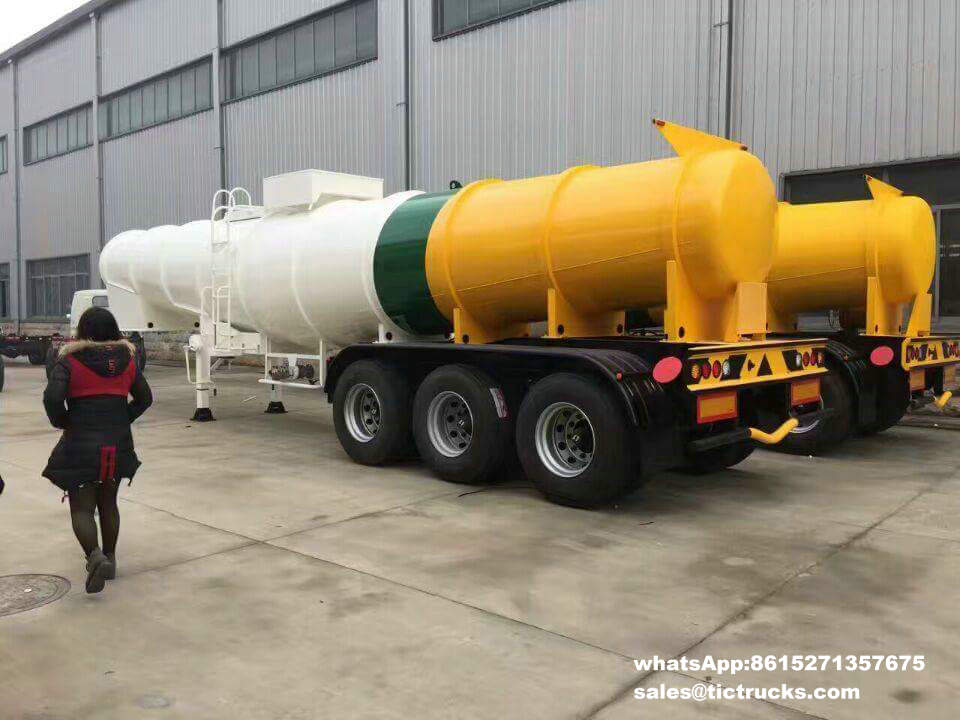 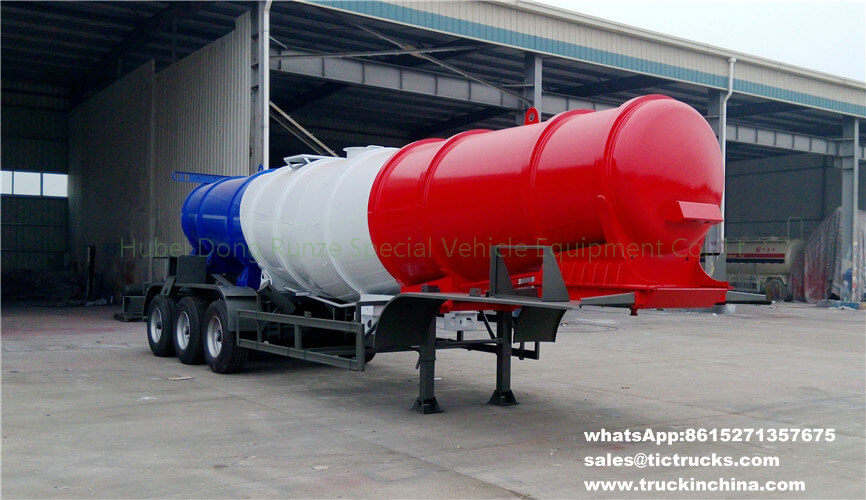 @ChaosZero the Schneider tank trailer you have posted, is a completely different DOT spec trailer, that is a MC312 or DOT412 corrosive material trailer, those at typically only 5000gal barrels, and that one right there the barrel is made from fiberglass, not stainless, even though a stainless version is available.
The modification that I was mentioning in my post was just a simple change of the rear valve design in the rear. This trailer that Smarty has right here is also a DOT407 spec trailer, the rear discharge is just setup for food grade service.
They change the discharge valves for a very important reason, the food grade bulk industry and bulk chemical industry uses completely
These are the valves each trailer uses
Food Grade, this is the valve that is located behind the cover of Smartys current trailer 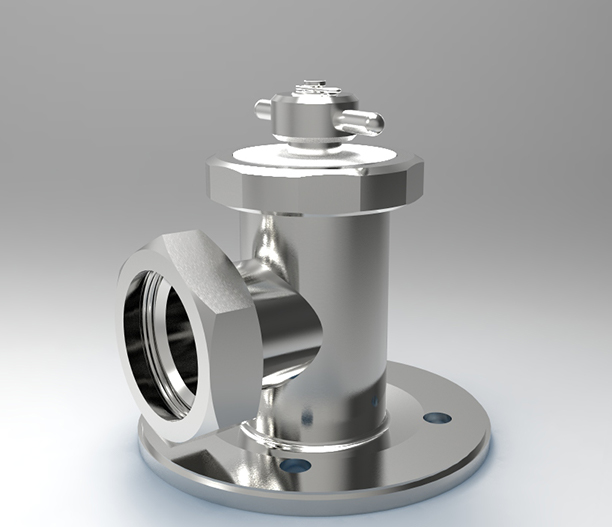 Chemical service valve, this would be the only change to this current trailer, the discharge on a chemical trailer is typically located just under the barrel, due to the valve design, chemical trailers have two valves, a internal hydraulically operated valve, that is the reason for the small hand pump near the discharge, and has a hand operated external valve, as seen here. 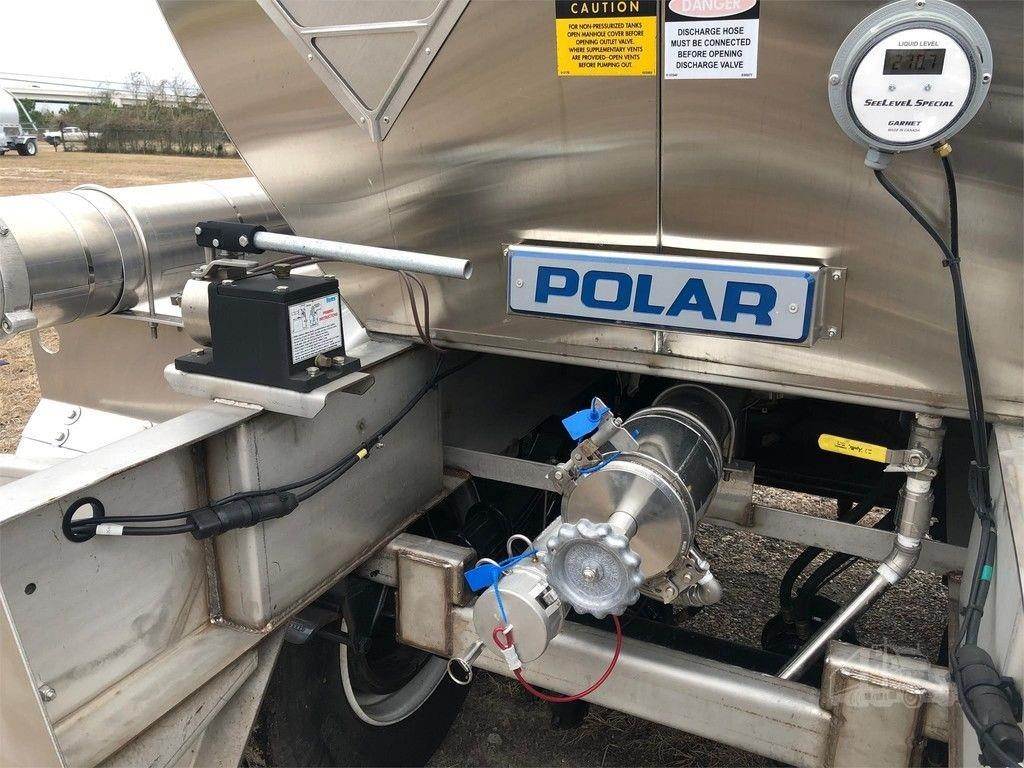 I'm not an expert, to me they all look the same. By showing those pictures, my point was that while not relatively common, trailers "similar" to what's available here do come with more than just a number decal or company logo.
Top

Im sorry if I worded a little rough, had no intentions of that. I do have experience with these trailers, but primarily the chemical side of it. I pulled a chemical tank trailer for 9yrs out of my almost 14yr career driving trucks. I was just asking about this because, I am not a modeller, Im not sure how hard it would be to do this, or with the current model, being viable without changing alot.
What in my eyes, is a simple valve switch, could be too much to do on the current trailer, if it is, then I wont ask about it again.
Proprietor/Painter of Southland Mods
Top

@Ernie D You're referring to something like this then? I have some pictures of others like this from Loud n Proud last year that I've been meaning to do something with. If you have some examples of appropriate commodities and reasonable sources/sinks within ATS for them, then that's probably enough to get the ball rolling on that. Truth be told, I've been wanting to slowly evolve this mod into a sort of Tremcar pack. They have a pretty comprehensive liquid and dry bulk lineup.

That would be awesome @Smarty , there is already a few chemicals already in ats, but I could also add more to the list, possibly give you a hand and make a few def files for them to add to it and add the to and froms, to make it a little easier on you.
On a side note, when I was hauling chemicals, the company I worked for bought a few of those tremcars, I loved pulling them, they were starting to get air ride trailers to replace the oldest spring ride trailers, I got to pull a few of them before I left
Also, when Texas and Louisiana finally get added, there will be quite a huge chemical list that could be added, because besides the petrochemical industries here, there are numerous chemical plants in my area
Proprietor/Painter of Southland Mods
Top

Are these used to transport wine?? In Europe I used to haul wine in a food grade tanker as return load. Or we'd load the rest of what's left after wine production and transport that to a factory where they would make grape juice out of it.
Might be a way to get more loads and a possibility to load at the wine companies that are in game

Thank you Smarty for the update.
Top
Post Reply
64 posts