Forum rules
SCS as a company do not wish to have paid mods on this forum. While we understand that not all paid mods use the Intellectual Property of other companies/people, it is very hard to moderate what is and isn't acceptable when money is involved. There are also concerns that it could look unfavorable to potential work partners going forward if SCS allow mods that may potentially use unlicensed branding.
Posting in the Mods forum (ATS and ETS2) is restricted to sharing free-to-the-public mods and providing support for mods. For more details, please check chapters [4] and [5] of Forum Rules.
Post Reply
2110 posts

@Drive Safely Hey did you manage to make that small mod for zeemod to disable the airseats ? If so I must be overlooking it, wasn thome yesterday so couldnt check until now.
Top 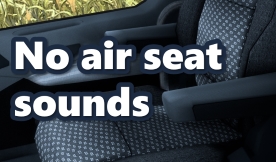 Enable with higher priority than Zeemods Interior Noise Sound Mod for it to work.

@nemanja694 - It's a complete one-time addon for now just for SCS and Schwarzmüller DLC trailers. I don't intend to update it unless there's a lot of demand for it.

Big thanks also to Mr GermanTruck and Neranjana for the reefer trailer sound addon video demonstrations!
It's really cool watching these videos from the community. Cheers

Thank you also to PolishDriverTruck for the video preview for the reefer trailer sound addon!

The surge of support has been amazing and it is a super productive week for the Sound Fixes Pack. It's also been about one year since the introduction of FMOD.
This brought about good things and bad. The "bad" is that the implementation of FMOD still is not in the more complete phases a year later, and has made us appreciate the "good" in the past.

But since then, I've been able to develop and experiment with new features for the mod in 2020 and 2021 with FMOD, such as:
- the custom idle sounds for the Subaru car and the Greyhound bus in ATS AI traffic
- ending sequence sounds for refueling now can play if you don't refuel to full tank
- more varying sounds such as the extended variety in thunder sounds
- more control in making sound attenuation fall off more realistically
- dynamic windshield wiper sounds (squeaking when windshield is dry)
- wet tire sound effects for default AI traffic car sounds when the road is wet
- the recent reefer trailer sound bank and addon, which has seen a lot of interest!

The road to FMOD is still long, but I will declare it over in 1.41 when more sound developments are fast-tracked for this mod.
Hopefully we will have UI sounds moddable by the time but it seems to be less likely for some time.

Also thank you to TheAlive55 for the reefer trailer sound addon video!

Now here is the update today: 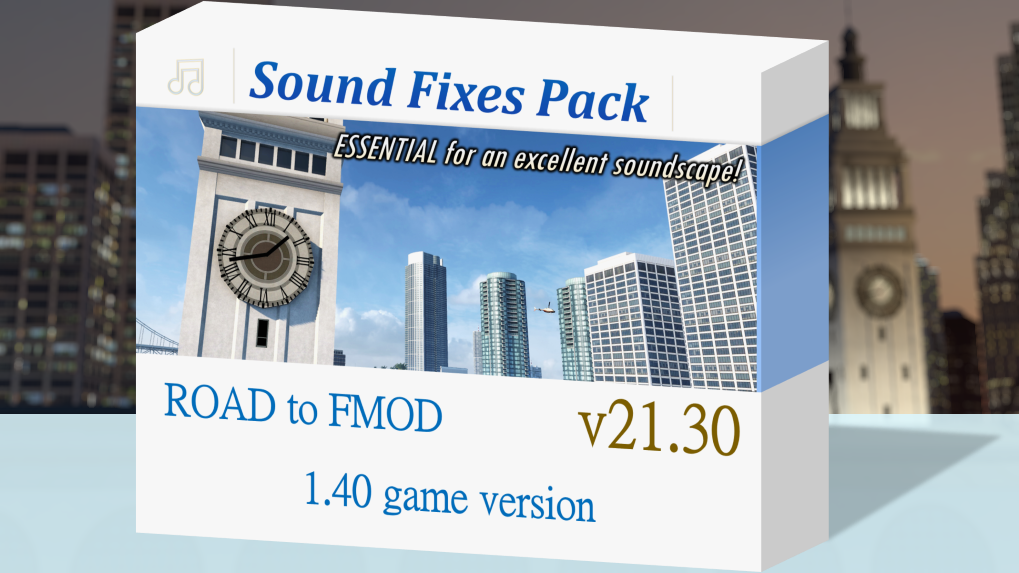 Pack updated to v21.30 with the following change:

Reduced sound volume of helicopters, after finding out most fly way too low in the game and would be too frequently annoying at its previous sound volume.

You REALLY keep us busy, aren't you?