Forum rules
SCS as a company do not wish to have paid mods on this forum. While we understand that not all paid mods use the Intellectual Property of other companies/people, it is very hard to moderate what is and isn't acceptable when money is involved. There are also concerns that it could look unfavorable to potential work partners going forward if SCS allow mods that may potentially use unlicensed branding.
Posting in the Mods forum (ATS and ETS2) is restricted to sharing free-to-the-public mods and providing support for mods. For more details, please check chapters [4] and [5] of Forum Rules.
Post Reply
2151 posts

Have you found a delivery point in the ETS2 or ATS base game or map DLC area where the sounds seem to be too loud or the sounds don't make sense?
Please let me know the coordinates and I will work on making them more balanced or changing them in future updates.

Make sure you have the World sounds slider at 50% if testing this:

Something that's been suggested before to me will be implemented in the next update. I don't want to spoil but stay tuned specifically for the ATS edition, it'll be awesome

The mighty sounds of the F22 jet fighter!

Now from the comfort of American Truck Simulator, you can experience the mightiness of the F22 jet fighter sound!

I'm sure a lot of you were eager to see this sound return, but much like the biplane sounds, it has been reworked now to be better than before. The F22 now makes a powerful sound in the half-second it flies by you!

It's been given a longer sound range too. I heard it in some place where I wasn't expecting to see it when I was using the dev camera. Chances are if you can see the F22, you'll hear it!

Without further ado, here is the update! 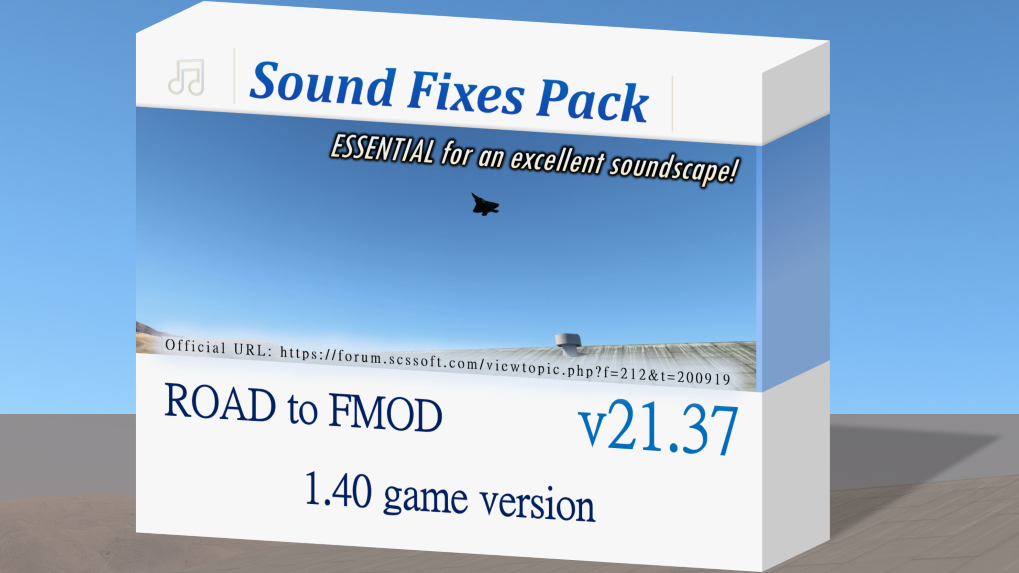 Pack updated to v21.37 with the following changes:

Fixed the bug in the vanilla game where F22 jet fighters don't have a big enough sound range. [ATS edition]

Implemented realistic sounds for the F22 jet fighters with amazing sound range, replacing the default F22 jet sounds.
The sound is mixed so it sounds accurate at each angle - a true 3D sound! [ATS edition]

Would you mind porting that fighter jet sound over to ETS2, if you haven't already?
There is a very rare random event that features a flyby from a pair of fighter jets.
There is also a pair of them flying around Linkoping, Sweden, but I'm not sure if that is a ProMods feature only or not.
Top

@KrysEmlyn - The game files don't make it clear what model aircraft that is in ETS2, but I'm guessing it's a Saab since it can't be an F22.

Noted, and thank you for looking into it.
Top

@KrysEmlyn - I have spotted the fighter jet in ETS2, but I am still unsure on which aircraft it's supposed to be 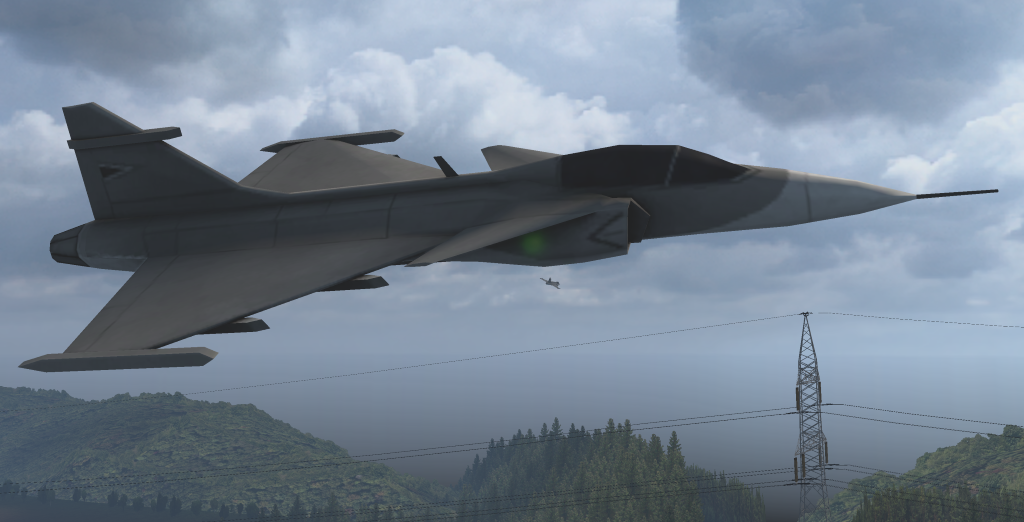 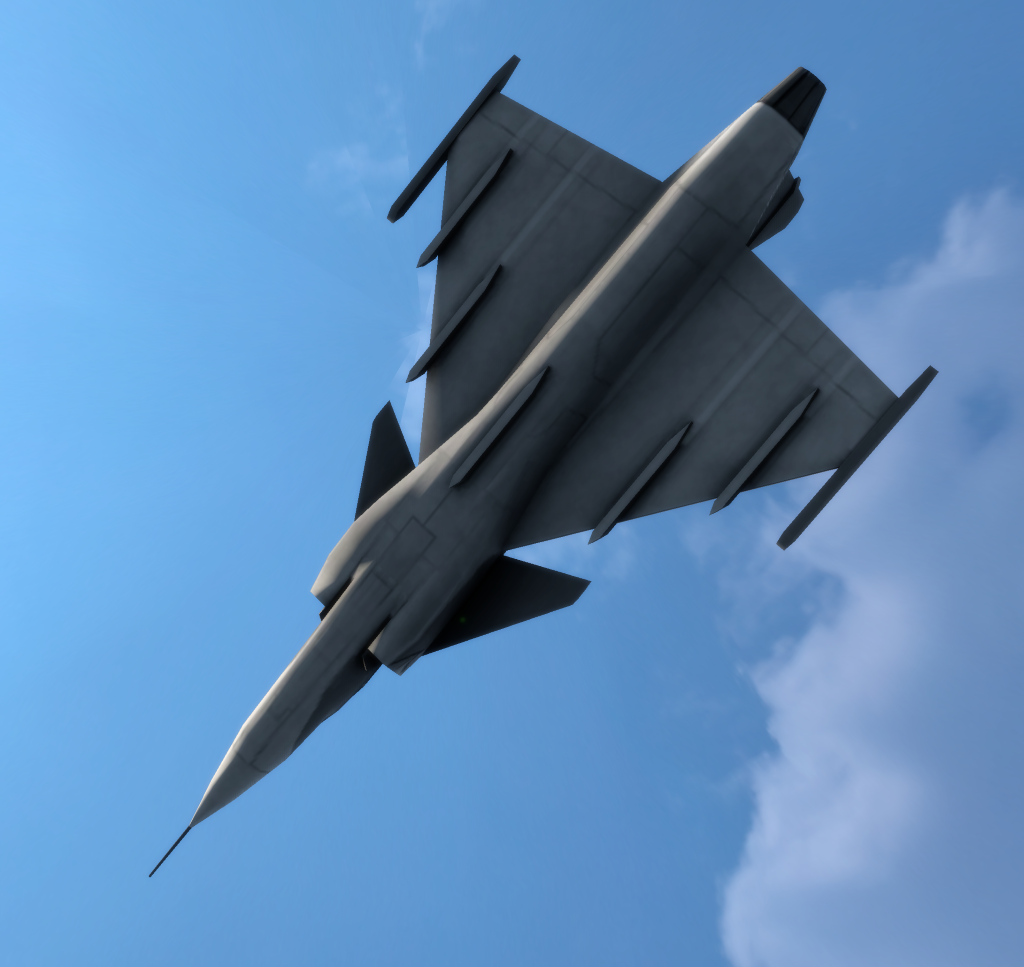 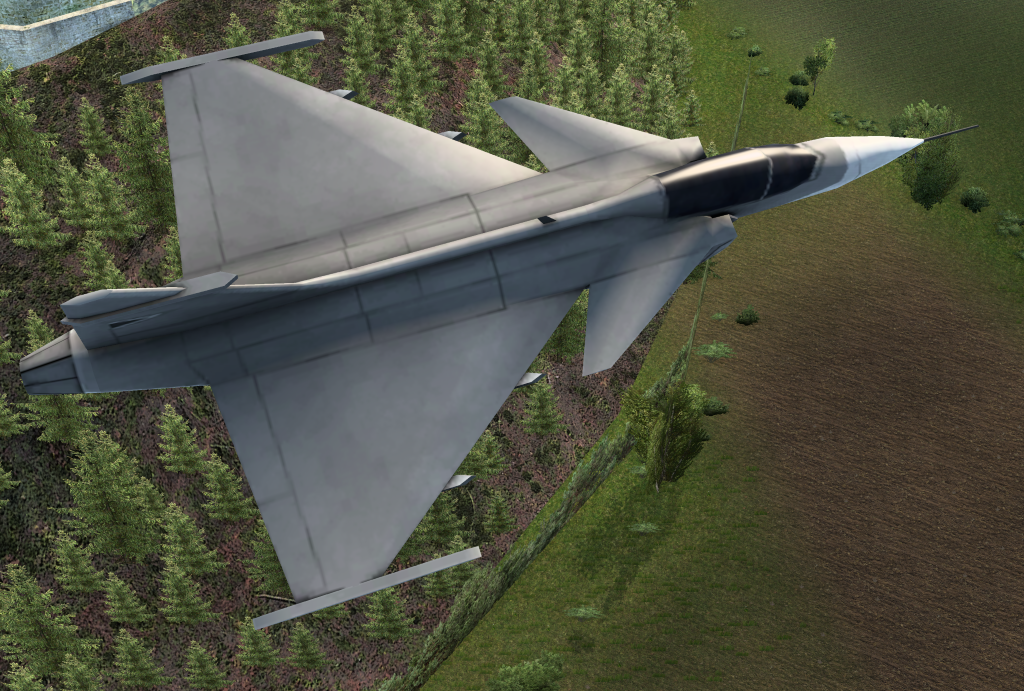 ^ Thanks to pigbrother I learned that it's a Saab JAS 39 Gripen!

Back to sound development I go...

Indeed as an avid aviation enthusiast, (I dont live far from RAF Waddington), I can confirm it is a SAAB JS-39 Gripen.
Can usually see them when passing the SAAB aircraft factory just after the pair of "Guardians" (a VIggen and a Gripen mounted on pedastals at side of road)
Will post co-ords next time I'm that way if it will help.
Using PM map if that makes any difference or maybe someone using vanilla map can confirm sightings

Edit:
Link to Gripen doing several slow and fast passes. Dont know if this will help on the sound side of things.
https://www.bing.com/videos/search?q=Gr ... ORM=VDRVRV
Last edited by SilverTrucker on 17 May 2021 16:16, edited 1 time in total.
Top
Post Reply
2151 posts