Especially with the new FOV bar in the seating position dialogue, the interface window often ends up on top if the items you wish to set up, blocking the view. When you fiddle with getting the stearing wheel position right when you sit closer than default, so you can still read all the gauges, the interface gets in the way even more than depicted in the following screenshoots.

The problem exists in all cabs; I am on Vanilla. 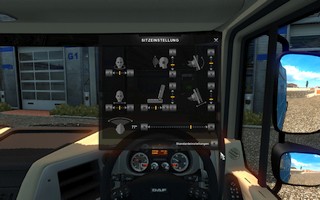 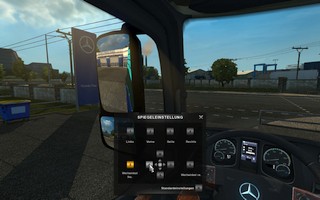 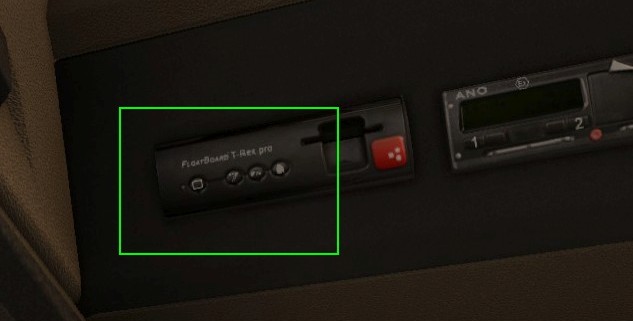 Oh, and thank you for this, I feel very much honored

find safe spot for the widget is not that easy. it will always collide with something (especially if we add another feature).
but maybe we could make them more transparent ...
Nobody can tell you anything about it. Those who know about it aren't allowed to talk. And those who talk know nothing.
Top

Nice to see you again, Max.
I see. Would scaling them down a little be an option? Or would the window be too tiny then in high resolution?

Or,
how about making the window invisible or barely visible, full screen, but distribute the icons and sliders just as they are now all over the place. It would allow for fine sliders and plenty of space to add more.
Last edited by Rhythmosaur on 17 Nov 2016 22:05, edited 2 times in total.
Hire Kriechbaum!, please!
Top

I had the same thought, but when anchoring already makes problems, movable windows may perhaps require even more coding effort. Things that look easy actually can mess up coding structures quite a bit.
Hire Kriechbaum!, please!
Top

When I try to adjust the small left/right mirror, I find the dialog box cover the mirror. As the camera is locked I can’t see the mirror clearly. In the screenshots the mirror is in the red circle. The type of the truck is Volvo FH16 2012, and I guess same questions happen other types whose small mirror is under the big ones.

+1 on this, I am also finding this issue since the update.
Top

It occurs also on other trucks like the Mercedes ... but the others 2 views (when pressing F4) are normal ... the bug is present only in the 2nd view and it made impossible to adjust the small mirror.

I already reported this issue. Max (I think) said it wouldn't be so easy to put the window somewhere else, but he'd think about making the window more transparent.

Yes, and I wanted to inform about this
http://imgur.com/a/361zS
a bad start leads to a bad end...
Top
Post Reply
13 posts