Forum rules
SCS as a company do not wish to have paid mods on this forum. While we understand that not all paid mods use the Intellectual Property of other companies/people, it is very hard to moderate what is and isn't acceptable when money is involved. There are also concerns that it could look unfavorable to potential work partners going forward if SCS allow mods that may potentially use unlicensed branding.
Posting in the Mods forum (ATS and ETS2) is restricted to sharing free-to-the-public mods and providing support for mods. For more details, please check chapters [4] and [5] of Forum Rules.
Post Reply
57 posts

Ok, you can put it on the Custom 53' now.
For the SCS trailers, there's now a white non-paintable variant. And a 3-color paint job (see 1st post).

@CapitanoAraym About the misaligned paintjob;
I partly blame the devs for this.

The different front walls, have varied UV mapping (template). the reefers are different from the empty walls. And I chose to make my reefer to be in-line with the other reefers.
I've put a template on the 1st post now. Also i changed the mapping a bit, so the reefer can have a color different from the front wall.
I'm assuming that you already know how the paintjob/accessory folder works. These are the 2 lines that you need to add for the reefer:
acc_list[]: "f_body.of_king"
acc_list[]: "f_body.of__king"

@xTHANATOPSISx I appreciate the insight. Trailers were never my field, tbh. I was under the impression that this is more of a "fancy" unit.
my ats skins
Top

I was hoping you were going to pick this up and make your changes to the BJatB trailer. I put it on last night but would like our changes as well. One problem I've always had is being colourblind, I had a hard time doing the color march for the hubs to the body colour. Got it close but it's not exact.

@overfloater
The misalignment is known to me...

... it puzzled myself that, beside both of my trailers being set up in the same way, in one (BJ and The Bear) the refeer unit took the color from the front wall (red with stripes), meanwhile in the other (the Transformer one) it took the color NOT from the "front wall" (that is grey) but from the color I put on the side skirts.

I'm gonna check the new release to see how it changes now...

@B.J. McKay
I'm working on it right now to integrate it.
FINALLY I have a retro-refeer unit that fits the design of my replicas (... for BJ and The bear... but also the Smokey and The Bandit I'm working now) 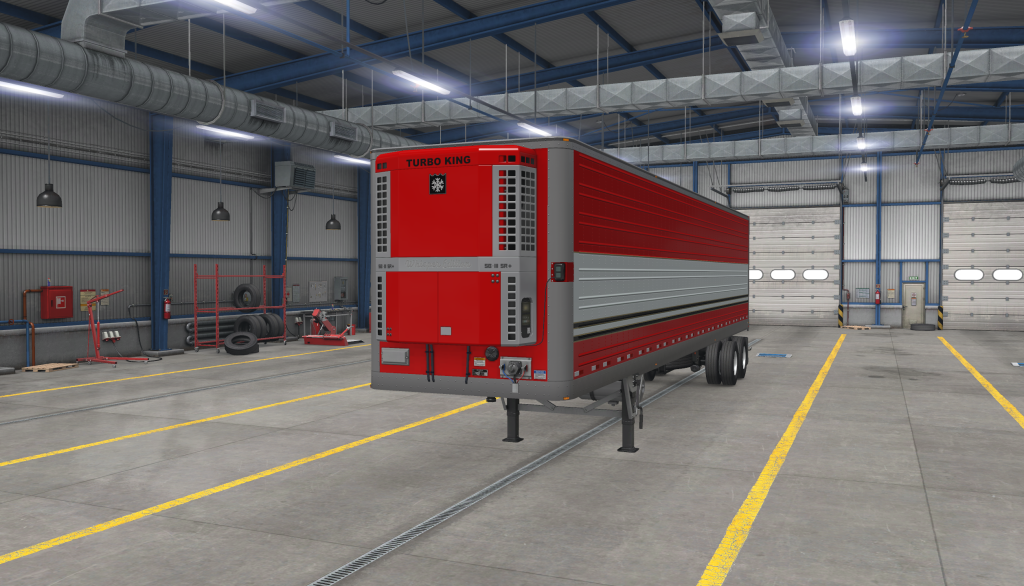 NOW it's working!!!
As the "stock" refeer units, that are bound to have a plain red wall (the same plain texture I use for the sidekirts), now @overfloater 's one too has a red wall, and it's red itself (taking the definition from the "sideskirts")... 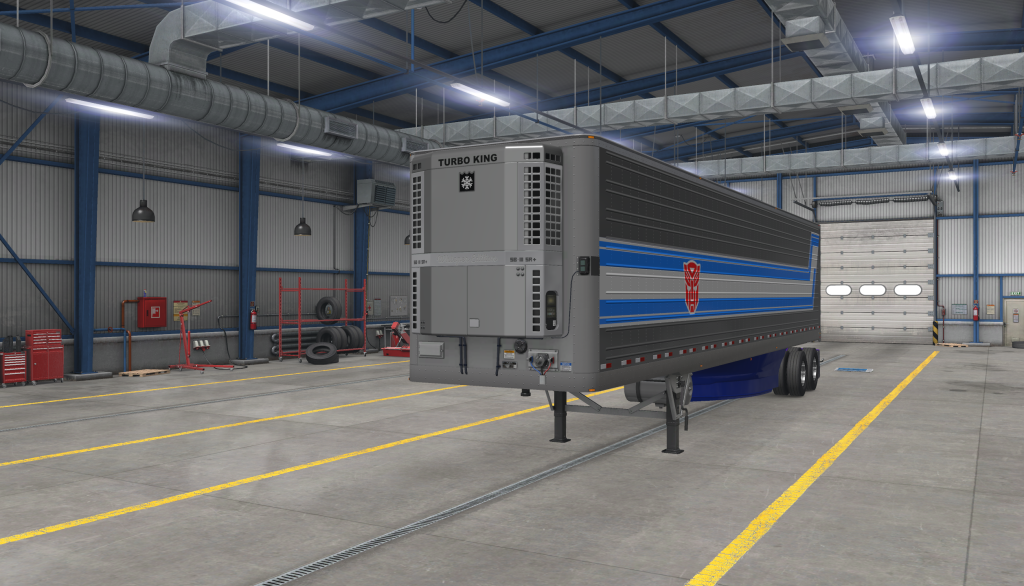 ... meanwhile, the Transformers ones are going to be colored following the frontal wall definitions, and no more the sideskirts.

(previously, they were doing the contrary of this)

The possibility to add a custom definition for the 2 "acc_list" make it work as I like.
Now I could probably even create a custom texture for it (and I'm going immediately to think to "Smokey and The Bandit" trailer, that was black trimmed in gold )

Question to you, @overfloater :
after the "white" version and the "colorable version", with grey grilles, could you eventually, in the future, add a 3rd refeer unit "totally colorable", with the grilles put in the UV map like the main refeer unit body?
My ATS paintshop: LINK
Top

Non paint white version is missing on custom '53
upd: tried to fix it by myself, it can be set to the trailer now but in the wrong position -_-

but why would you need a non-painted cooler on a trailer called "custom"? That's something more suited for cheap-o-cheapskate company trailers.

You can skin it, though. I mapped it in accordance with the custom 53" template, and the template is included as one of the trailer's skins.
And the Custom 53 is much simpler to skin, it's just one image, not like the SCS trailers that use the new paint-job system.

@CapitanoAraym
I didn't make it that way, because such variant doesn't exist.

My trailer is white with red stripes, but the cooler itself has the color of stripes, it looks better white than red :\

Would like to point out that on the custom 53' trailer, when you equip the reefer, the fuel tank disappears. Also, you can't equip the side skirts that have the hole in them for the fuel cap on the scs trailers.

Thank you for this! Also is there any plans in the future of adding any other reefer units to the original scs reefer?
Top

@Tk, my mod needs to be in a priority above the Custom 53', or else that's what will happen.
I did overlook the sideskirts with holes, on both trailers. it's fixed now, thanks for pointing it out.

@Poozykrem, you need to paint this area on your trailer skin ↓ 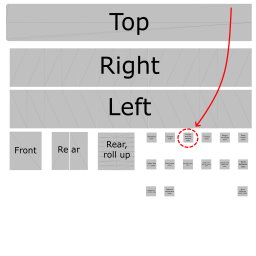