Good Morning.
Researching a little more about Spain, I discovered something that is extremely important for agriculture in IBERIA: the transport of irrigation plastics.

The irrigation plastics are sold standardized on reels, sealed by plastic (sealed packaging) to Spanish and Portuguese farms, located in areas with Mediterranean climate, but with great water deficiency for crops (tomatoes, agricultural crops in general, citrus orchards) , is more rarely (I imagine. Olive orchards).

An important burden in all Mediterranean countries.
We quote: Portugal, Spain, Italy, Greece, Cyprus, Malta, Albania.
I suppose still other countries use the product, which also has a great dependence on irrigation for their agriculture: Turkey, countries of the Arabian peninsula - Israel stands out (in the production and agricultural use of this plastic type), countries of North Africa, countries Asian centers, China, Australia.

So it is a type of load that must be added pioneering in the Iberia DLC.


Photos:
1 Irrigation plastics are standardized and have product packaging. 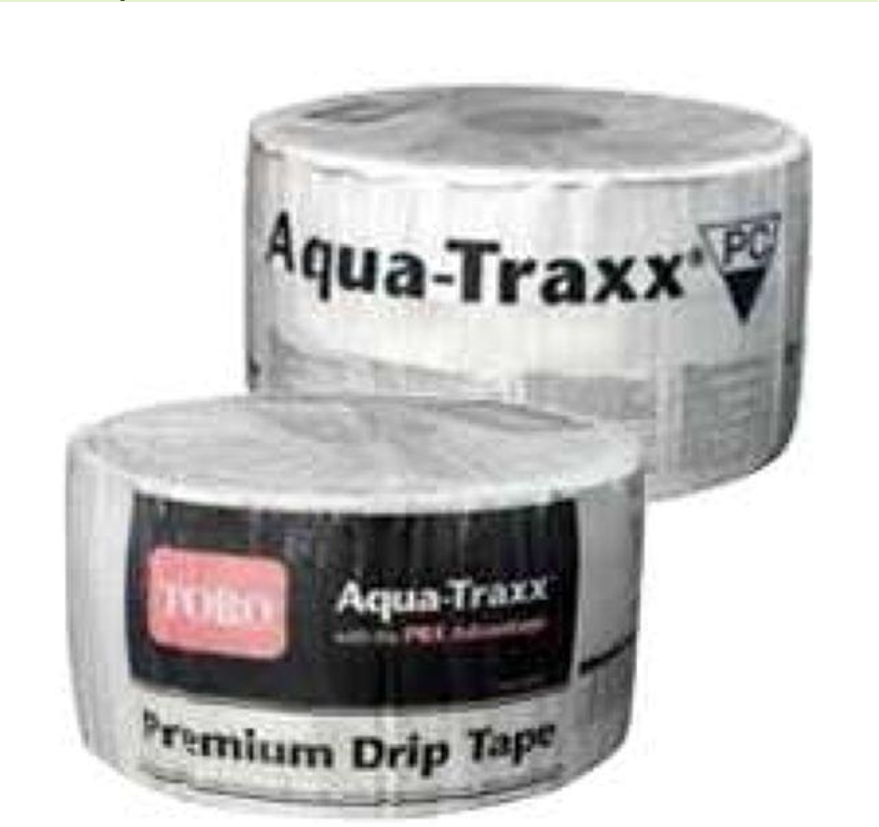 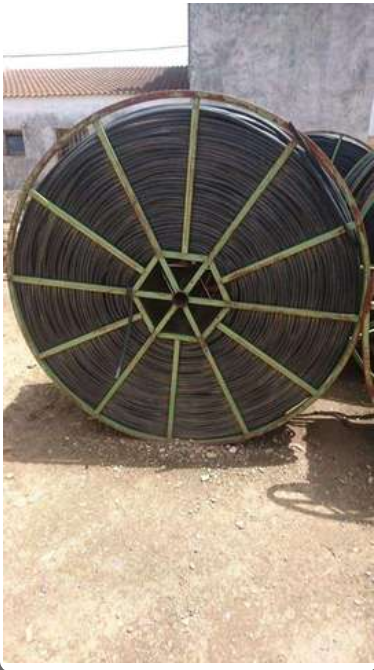 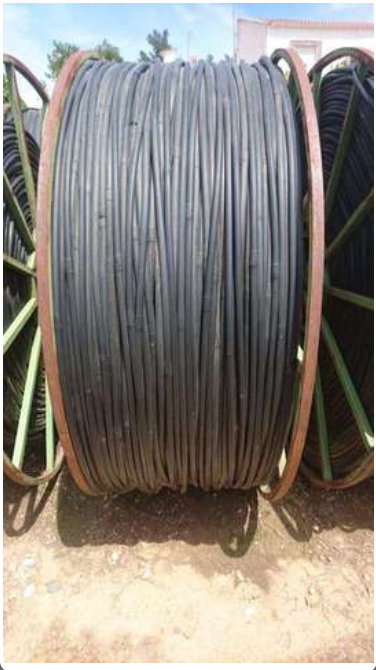 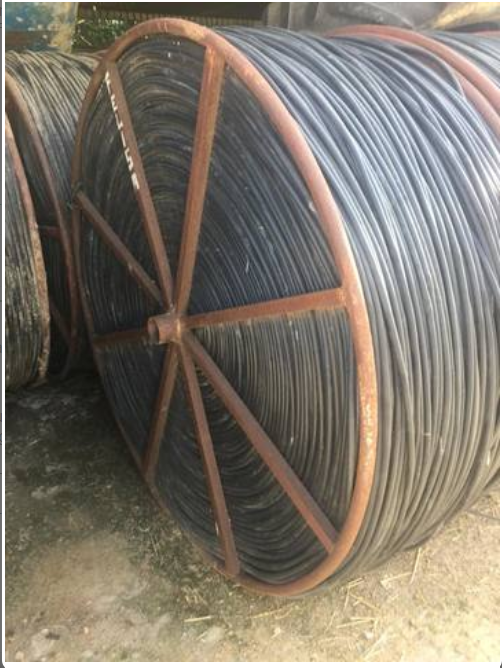 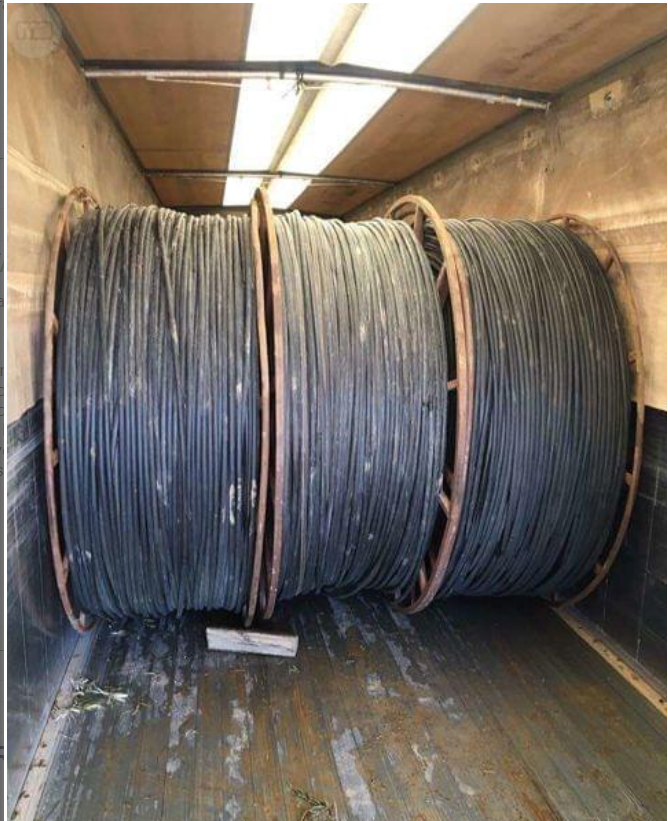 It is also very common to transport plastics from a connection between the farms. 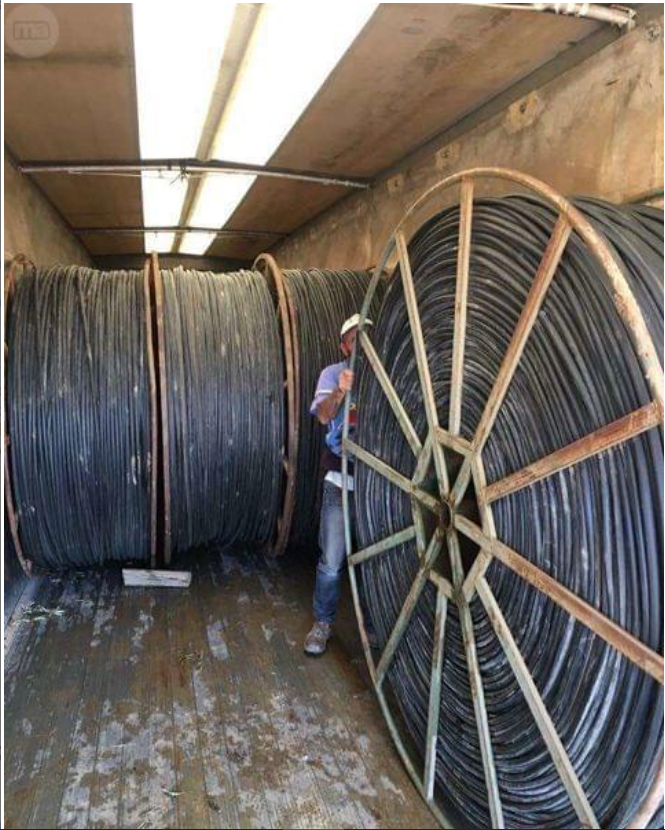 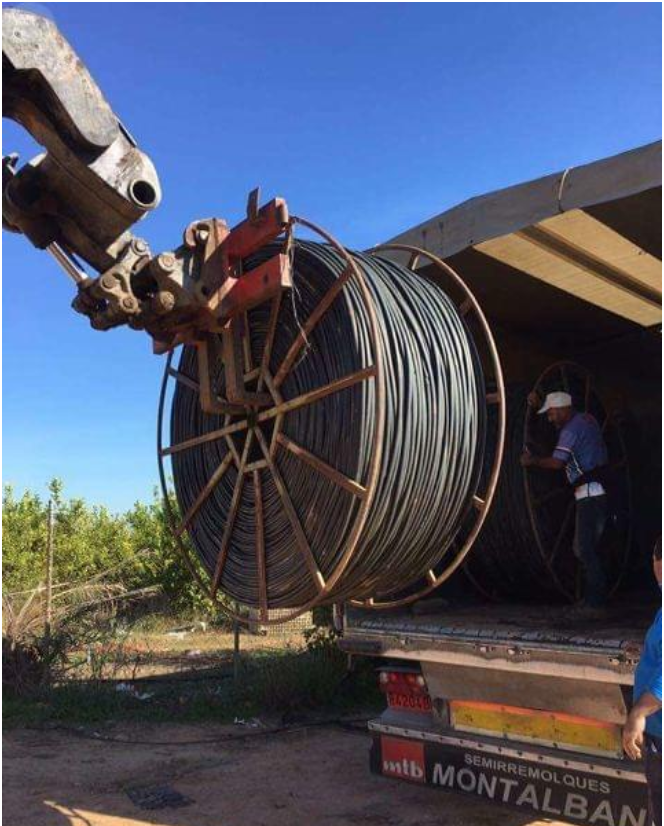 8
The image also shows the relationship between this type of product (plastic irrigation) and the final result (agricultural production) that can be exported from Spain and Portugal, for example, to all other countries in Europe. Example: tomatoes, melons and vegetables, and other products that depend on irrigation.

9
The irrigation plastic allows the drip (irrigation system) to be widely used in the Iberian peninsula, as it is also in other Mediterranean countries such as: Italy, Greece, Cyprus, Albania, Malta.

- updated.18.03.2020
Some agricultural machines that use irrigation plastic on agricultural farms, in climatic areas: arid, semi-arid and Mediterranean climate, in Spain and Portugal.
It is very important if SCS Software, opted for built agricultural machinery for farms, has these loads.
Here are some of these basic equipment on the farms.

1.2
Field table: St5 120TG280 This small sprinkler machine makes it possible to unroll the irrigation plastic to the desired location, to start the irrigation process of the crops.
Everyday scenes of Mediterranean Farmers.

1.3 Triller irrigation Link video: https://www.youtube.com/watch?v=ywllmokUsg8
This agricultural machine does the job of opening juices on the land and distributing the irrigation plastics.
This video was a fieldwork carried out in Portugal, to show the equipment to Portuguese farmers and Spain today this is already a very used equipment in the country.

2.These two pieces of equipment shown below, only the second has not been presented, until now.
In this update, the first video then shows an irrigation cart with the irrigation table.
Irrigation table is that accessory coupling that makes the distribution of the irrigation plastic and its collection, in the
q irrigation cart.
It carries irrigation, in turn transports the coil with plastic irrigation and this coil is removable, as it can be placed and removed from the cart.

The second video, we have to show the irrigation pivot system in a European configuration standard, for small and medium-sized properties. Its versatility is unquestionable, thus allowing a very suitable equipment for European agricultural properties, where it is very common for farmers to have plots of crops far from each other, that is, dispersed in a certain territory. In this way the farmer can irrigate his fields, transporting the equipment using a tractor.
However, all of this equipment is transported in the factories to the agricultural machinery dealers by semi-trailer trucks. And usually delivered by semi-trailer trucks on farms.

Here is the question, which vehicles are most used by Police, Emergency Medical Service, Fire Brigade (Fire department)?
I noticed some nice tips here, but I would like to have more.
I mean any kind of picture/models type.

I'll focus a bit on the Basque Country because it's what I know the most.

Police
In the Basque Country, the more common Ertzaintza vehicles are three types:
On the roads, for traffic control, accidents, etc. the Mercedes Vito is what I see the most or the VW Transporter (pictures here). 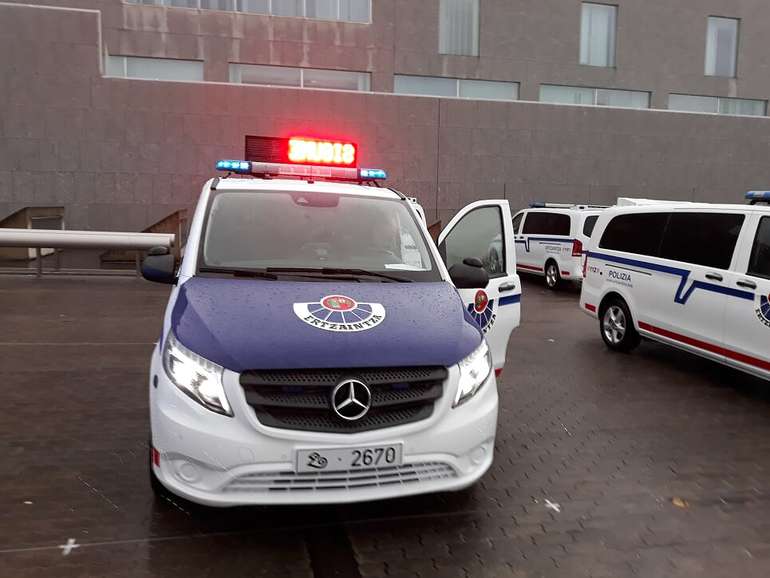 In the cities you mostly see the Seat León. 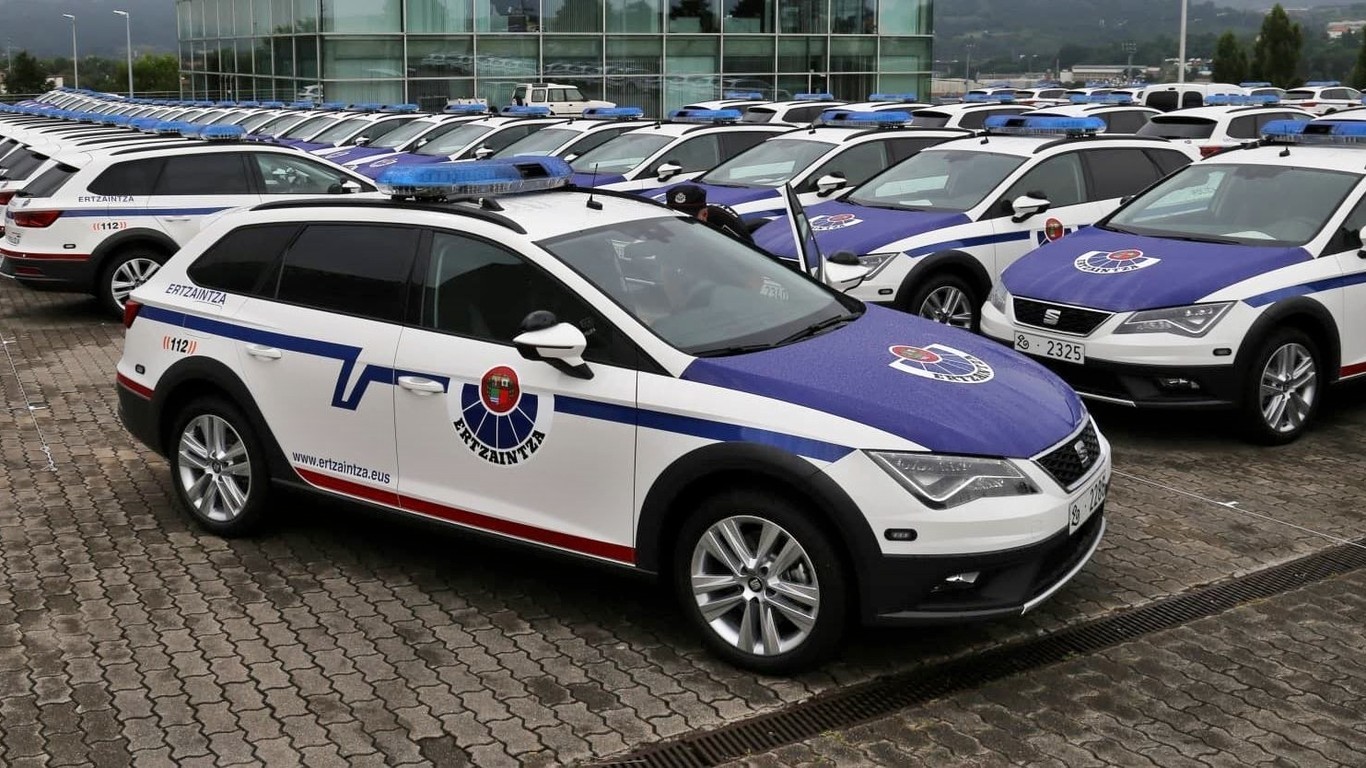 And then the Toyota Land Cruiser, maybe more common in rural zones but you can sometimes see them anywhere else. 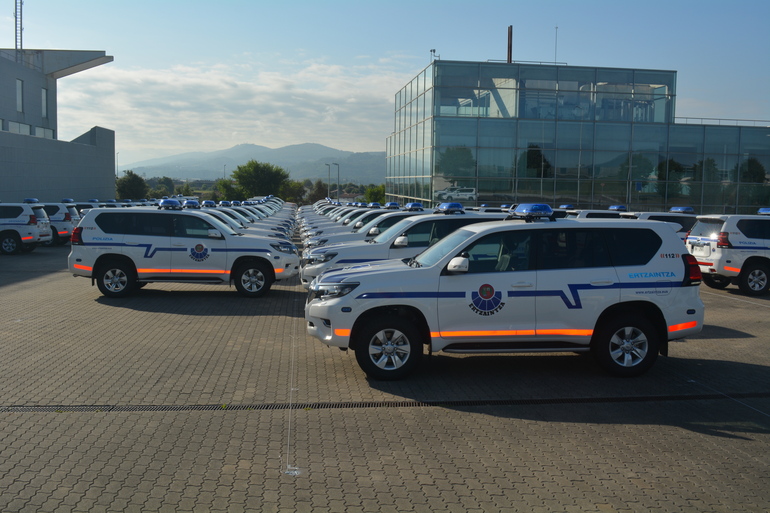 Ambulances
I would say the most common one in Spain is the Mercedes Sprinter. The paintjob in the photo is of the Basque health service, but there are lots of different liveries for each autonomous community, ambulance company, etc. It's better to search for "ambulancias [region/city you want]" in Google Images. 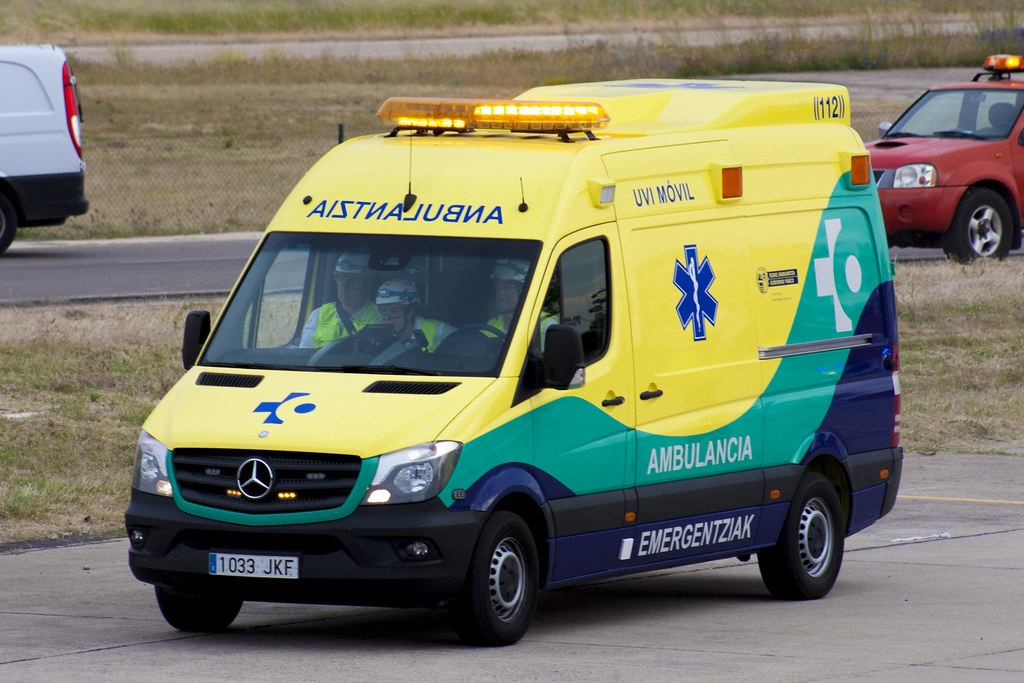 Fire departments
Mercedes Ategos, Scanias, Ivecos, any of those could be used. Again, lots of different liveries but obviously all of them are mostly red so it should be easier to make only one for the whole country if you don't want to make one for each city/province. The one in the photo is for the city of Madrid.

It has also been mentioned already, but just to remind you, even if you can see that ambulances or fire trucks have orange strobe lights, they are being replaced to have them blue like the police cars, so in the game make them blue already.
Top 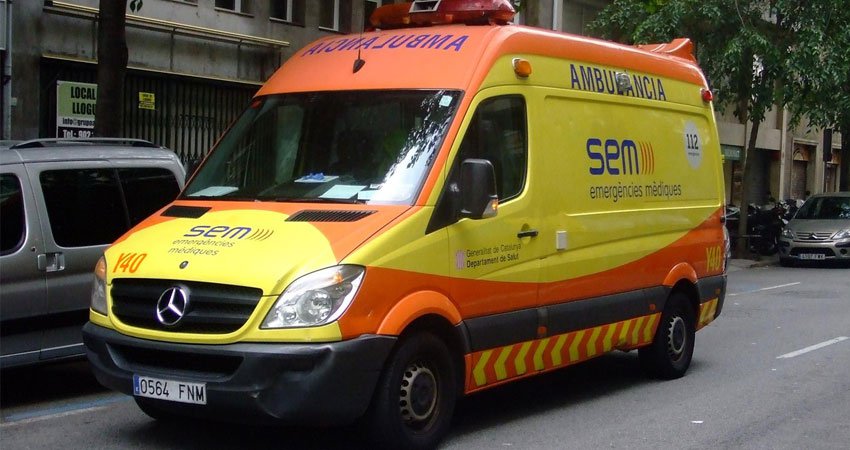 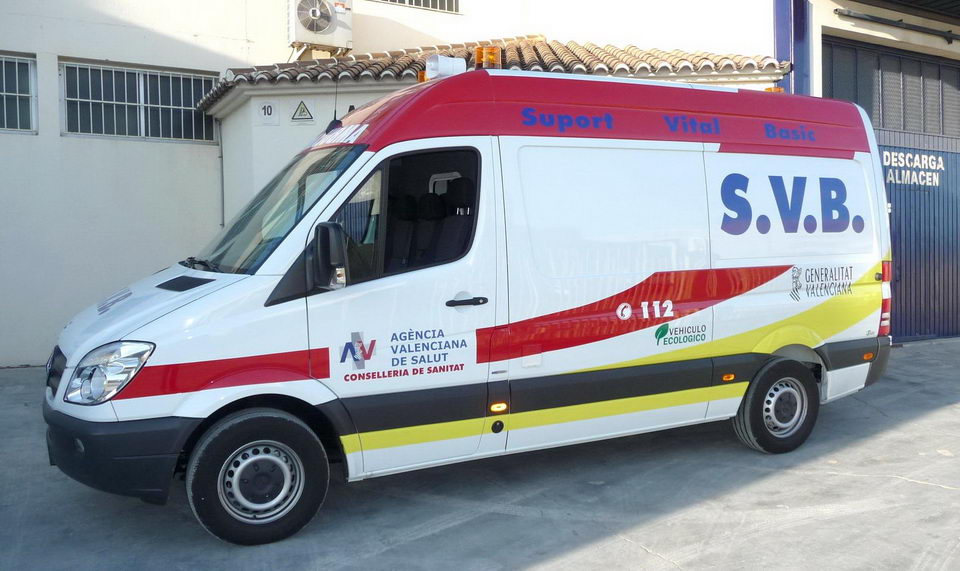 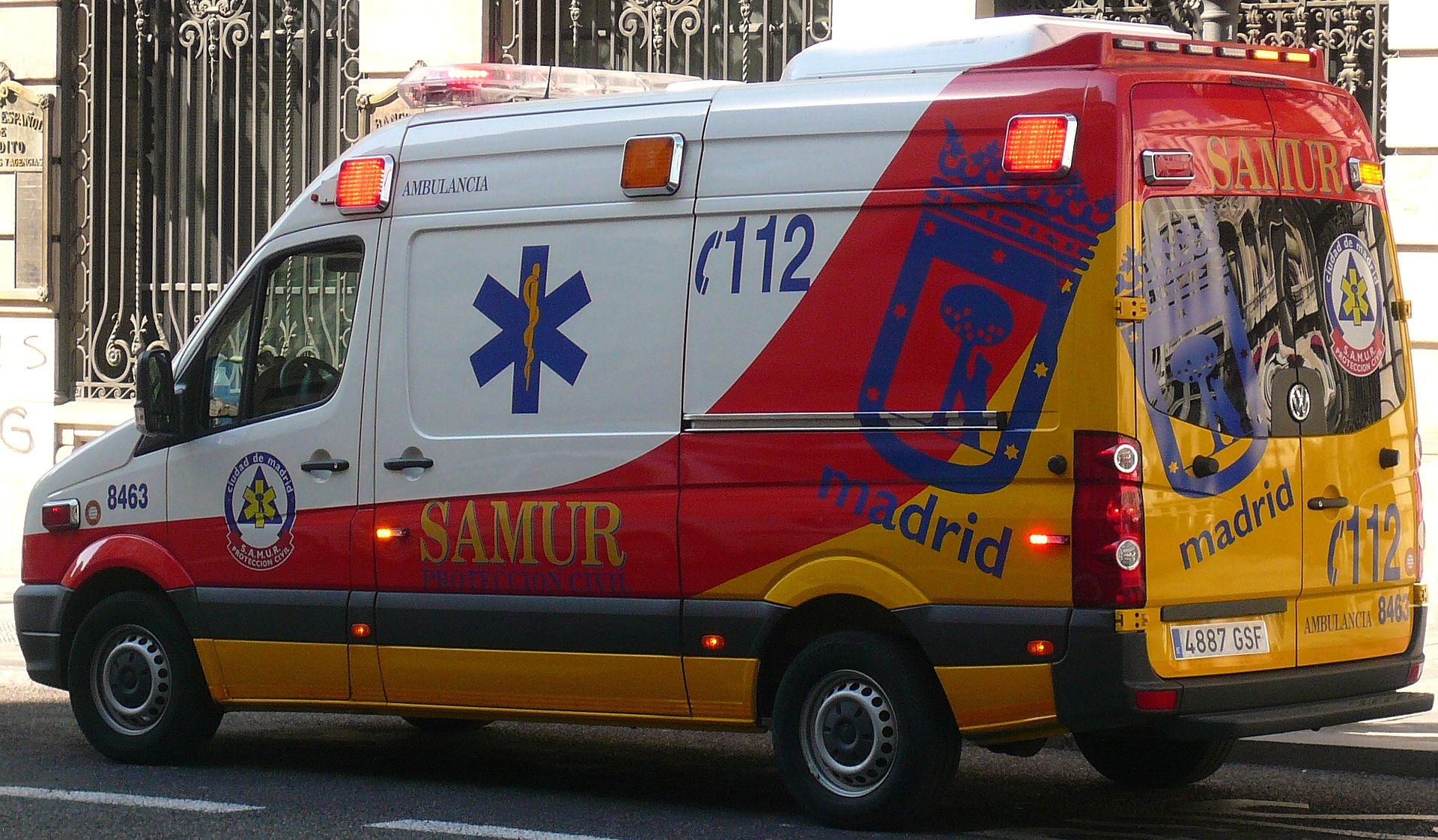 Both firefight and medical emergencies services aren't centralized on Spain. Every "Comunidad autónoma" (state) controls their own service thus the looks of the vehicles could be very different too. As I said at the very beginning of this thread... somebody on the vehicles department is going to hate the addition of Spain to the game.

About the police, Spain is divided in:
· CNP (Cuerpo Nacional de Policias), their cars are usually this Citroën and always painted dark blue. They are common in C. Valenciana, C. de Madrid... Their LP has CNP and 4 numbers.

· Guardia Civil, their cars are usually this Nissan. They are common in places such as Andalucia, Castilla la Mancha, Castilla y León... Their LP always has a PGC and 4 numbers. 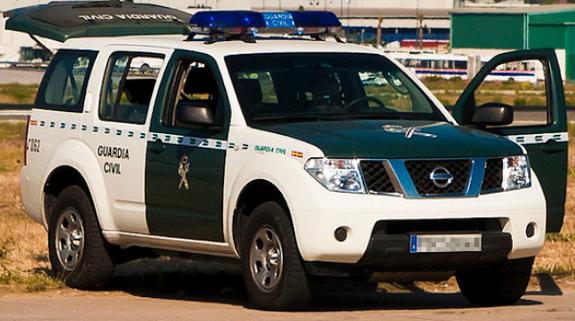 Aditionally to this, there are 2 exceptions. What I've shown you so far is the national police but in 2 cases, a CCAA (Comunidad Autónoma) can have his own police.
· Mossos d'Esquadra, in Catalonia. In the LP, there's always CME and 4 numbers. It's always painted blue and white, I have never seen this yellow-blue someone showed. The most common car is this Seat Altea. 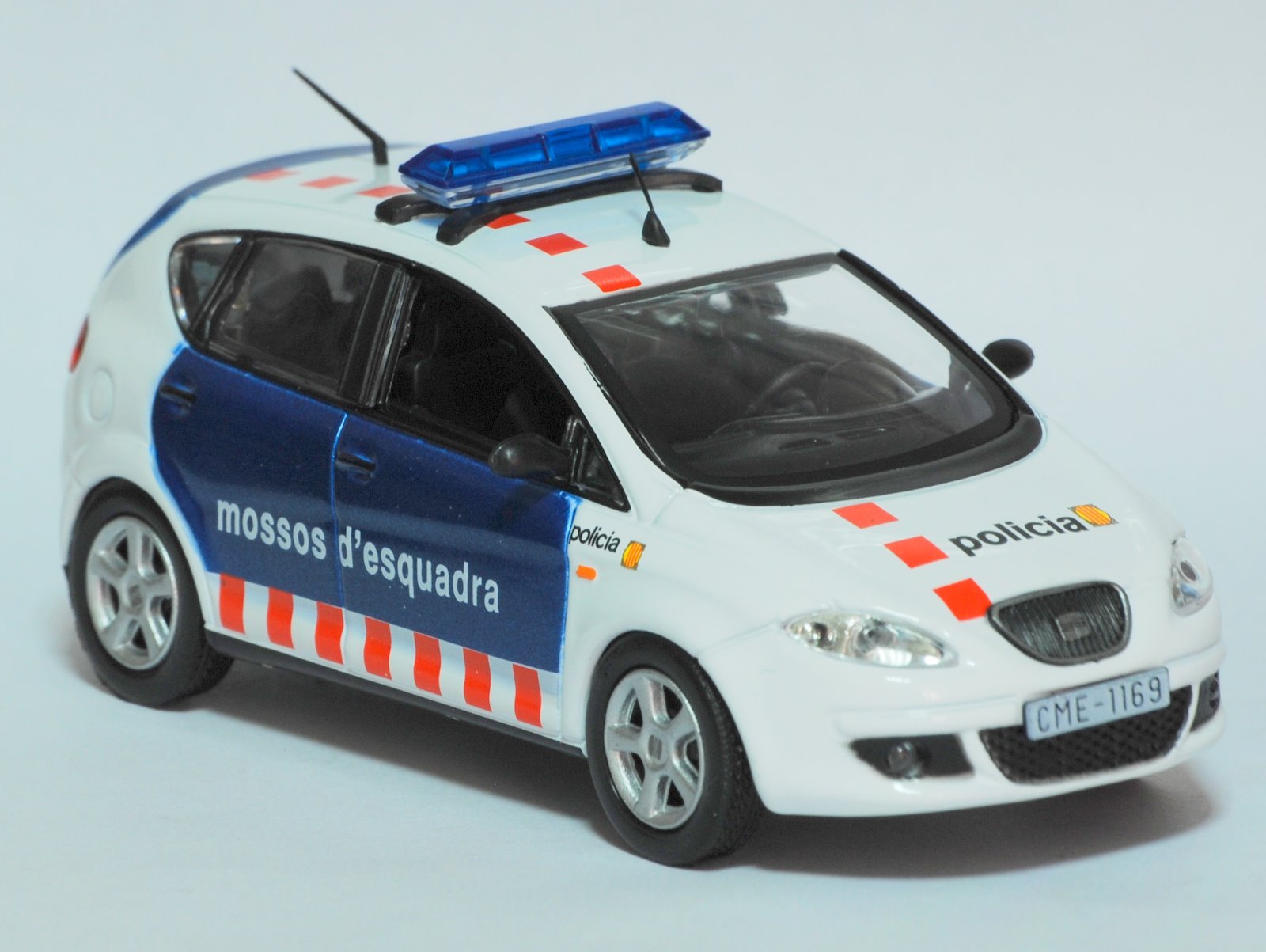 · Ertzaintza, in Basque Country. In the LP, there's always a weird E (see below) and 4 numbers. It's common to see it as a Volkswagen Passat

@CptCaribbean, in the cases of CNP and GC vehicles, the main difference about where to find them (in order for SCS to depict it) is tied to their roles.

CNP is responsible of general security in urban zones, while GC does that role in rural zones. So, it's a lot more usual to see CNP vehicles near and inside cities and less frequent to see GC vehicles on there; while on rural zones it happens just the contrary.

Also, the Guardia Civil has the dedicated role of traffic police in all the country roads with the exception of Catanluña and País Vasco, where their own autonomous polices took that role. So, a road event out of the city that include a police car, wouldn't be (in most cases) CNP but GC car (or Mossos in Cataluña zone or Ertzaintza in País Vasco)
Top

At first, I would like to thank you for all the information included in this topic!

Regarding to the emergency response cars we need to find some compromise, in case we don't wanna use generic cars.

So the main question regarding to this topic is:

Is there some universal look for police / ambulance / fire truck we could use everywhere?
(I guess there is no universal skin for the whole country...)

I am afraid that we can't create emergency vehicles for all main regions.

Let me know, if there is some way to simplify this task.

Please, keep in mind that our game is a driving simulator, and the most important areas are highways & main roads.

Thank you in advance!

Imho, the only solution for setting these independent law enforcement appearances is dividing the Spain's autonomous areas into independent country folders in country definitions. Like a folder for general Spain with Policia Nacional and Guradia Civil, folder for Catalunya with Mossos, folder for Basque's Ertzaintza and I suggest also folder with appropriate police appearances for Navarre's Policia Foral. The last one has also very special look for their police cars, which is red and grey. To simplify it, all these agencies use current third generation of Seat Leon (typ 5F, 2012-2020), so I suggest to use this one in different skins.
Top
Post Reply
394 posts