Hi, you may probably already know about this, but a very special icon in spanish roads is the Osborne's Bull (toro de Osborne). It can be founf all around Spain and it would be nice to have a couple of them on the DLC... whenever it will be released. 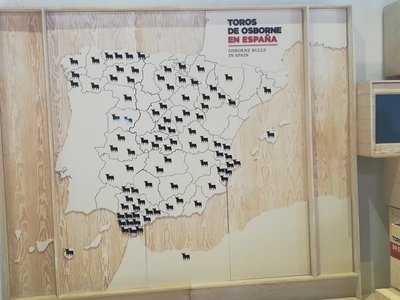 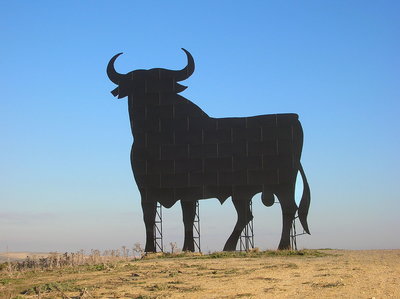 One detail about emergency vehicles with right of way in Spain.

Here until not so many months ago, only police vehicles were allowed to use blue signaling lights to indicate they are on duty and request right of way to other drivers. Any other vehicle has to use orange lights. That caused controversy because other emergency departments argued their vehicles sometimes were confused with non-emergency vehicles that also use orange lights (garbage trucks, road service vehicles...).

Finally law has been changed and new emergency vehicles (police, ambulances, firefight and civil protection ones) are going all to have blue signaling lights. But only new ones, vehicles already purchased will keep their orange lights unless they have to be replaced by other reasons.

So, even if you SCS see ambulances or firefight vehicles with orange lights in Spain, the day you model them for the game and thinking for the future, put them all blue lights.

Spain has a lot of beautiful roads and interesting zones to travel, here is a list of must have in the next DLC:

A toll in catalonia:

Tolls in other parts of spain except catalonia: 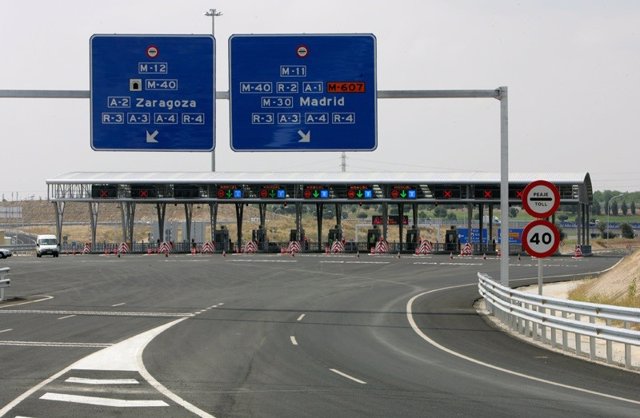 In the highways that has tolls, there is some enhanced Service Areas, they include a Fuel Station, Restaurant, parking area, a small park, and sometimes and Hotel, and pics:

Spain has a lot of beautiful zones, specially in Catalonia
and Valencia, here is some must have areas:

Sagunto Port, travelling to Mallorca in a boat, it's like the spanish Calais

-Most sold cars are Seat Leon, Citroen Picasso, Seat Ibiza and others

-Here is a view of Spanish Highway Signs: 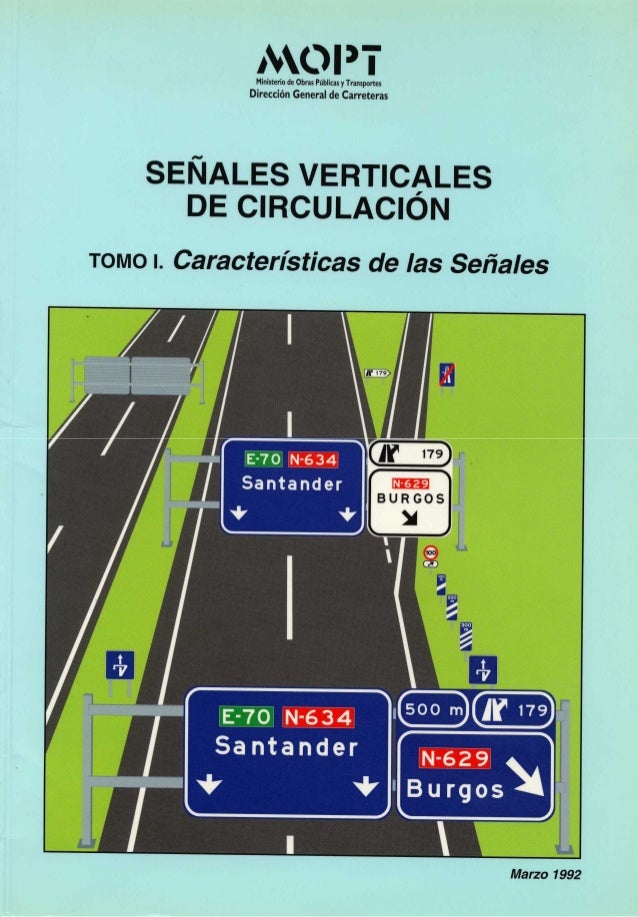 -We should have supermarkets like Lidl, Carrefour and Mercadona as truck depots

-We must see the "Ave Train" in spain, it's one of the fastest trains in spain by Renfe.

-There is ALOT of Tolls in Catalonia

-ETS2 Team, We clearly recomend to use Google Earth to see how Spain works, how Spanish Highway works and more, a lot of zones in spain are in 3D on Google Earth
Top

As @ItzDannio25 mention tolls in Spain, let me add some additional details.

Via-t is how it's called here the system to pay automatically and wireless without stop on tolls. The device put on the vehicle to do the payments are usually called "teletag". Regular Via-T lanes are restricted to 40km/h speed by law (and on some toll, the limit is 30km/h by design). More info on that wiki article: https://es.wikipedia.org/wiki/VIA-T

Compared from what I saw on tolls on other countries in-game (I don't know IRL), the payment lanes on tolls INSIDE the highway will be MANDATORY distributed that way:

On tolls, different uses for different lanes are also marked with signals over the lanes. Via-T lanes will have a signal with a Via-T symbol inside a blue background circle (mandatory lane) or square (optional lane). Possibility to pay with cash and /or credit cards is displayed with symbols of bills and coins for the first and a card for the second. Lanes not Via-t mandatory could be reserved for cars and similar vehicles, having them an height limiter arcade. This picture shows some of those elements: 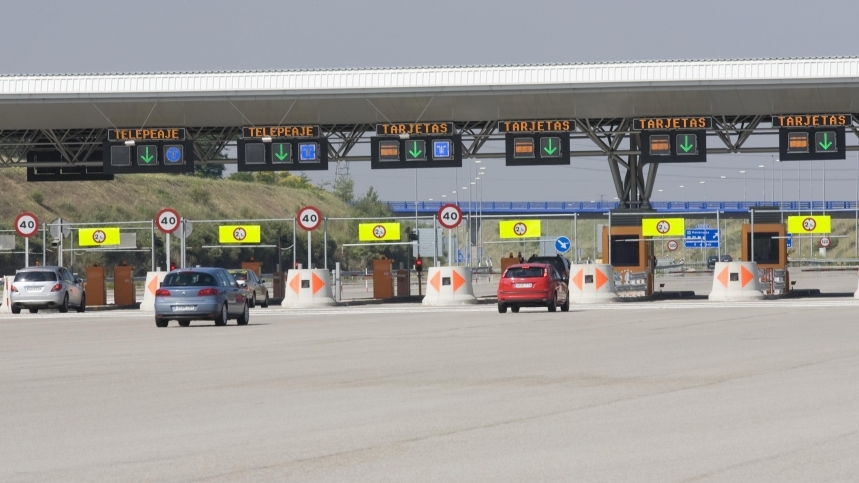 North of Barcelona, on the AP7 highway that I've already talked about, like 2 years ago they added a new system of faster Via-T lanes only for cars when driving direction north. All the toll building has been removed on 2 lanes, there are normal lanes without any physical separation between them (there are low walls separating those lanes from the rest), and one bar crossing the road about 6m height with all the sensors. Cars are allowed to cross those lanes at 60km/h instead of the usual 40km/h. They painted the tarmac in blue and filled it with signals for about 250m before the toll point. I don't know if that system has been included on other tolls so far.

Regarding doubles, in Spain they are permitted now but with some restrictions:
- You have to ask for a permit for the route you want to do. The permit expires after a year.
- You can only drive on highways, except for the road that takes you to the (un)loading place, which must be in industrial parks or similar areas.
- The truck and trailer must have beacons/strobes on the top (you can see them in this video).

There are a few additional constrains for those doubles on Spain:
- No ADR cargoes allowed
- Cargoes longer than the size of the trailer aren't allowed either (at this moment, that's not a problem for the game)
- Regular roads (no highway) are allowed for those trucks but only if they have physical separation between lanes with different driving direction
- The can't drive if there are harsh weather conditions (specially fog and strong wind) are forecast.
Top

If you plan to add the A22 from Lleida to Huesca (and towards southern France - Tolouse), The templar castle of Monzón could be added. Here are some pics (and it can be seen from the highway irl too, somewhat similar to Carcasonne but smaller)