I don't know how it's paid the hauling itself. I know the raw material is relatively cheap one (I've several clients that work directly with it, mainly to made bottle caps). So the haulage probably wouldn't be very high payed because haulage price use to be related to the value of the cargo itself (among other parameters, of course). If the transport would be high priced, the material could loss competitiveness in the market towards other competitors (plastic mostly, even for wine bottle caps... beeeeeej

About the handwork price; If I remember well, cork gather is a seasonal activity. Then the bark pieces are let to rest and dry for a time (near of where they are collected, usually) and only later they are transported to factories. So, it's probable that the same people that gather the raw material in the forest will be part of the sames caring for the load when "out of season"; so there will be no lack of manpower available I suppose. I don't think it will be a very well payed job though.

Somewhat remembers me too when, on another client, I saw how they receive loads of tires (mostly car and van ones). If somebody had asked me to guess, I would always said tires are transported in pallets or boxes or some similar common arrangement. But that results to be extremely space-inefficient. So, when they have sizes pretty similar between them, tires are hauled ones "inside" the others on an complicate but very organized 3D pattern that maximizes the space used. From the floor to the roof of the trailer too. And they have to be loaded and unloaded one by one. But unlike with bark, unload is easier; worker unloading just pick one, yell the model and let it roll on the dock to another guy that will stack them in pallets for the warehouse stocking.

It hope it's not too late for this suggestion

. At the begining of this research topic I made a post about the A-8 motorway in northern Spain. There I mentioned a stretch in Galicia which was very prone to dense fog and had to be closed frequently.

I think that this would be a nice place to make a detour in the game, mimicking real life events. When the A-8 is closed, traffic is diverted to the old N-634 (this is the detour, between exits 536 and 552). Nowadays all the closure procedure is done from a traffic control center. There are panels and traffic lights above the lanes and other lights on the asphalt to drive you out of the motorway (video), so this way police doesn't have to physically be there to close it. Also, info panels near to the area show messages like seen at the start of this video to warn the drivers about the closure. Finally, these cameras fine you if you don't obbey the lights.

The biggest difficulty I see in doing this would be that the closure should have a relation with the weather in the game, which I don't think is possible right now. Even if this stretch can be foggy in real life even when it's sunny everywhere else, the area around the exit 552 still has low clouds up to Abadín or so. Maybe the roads could be done/prepared now and the full real-life-like experience with fog and all be left until those rumoured weather improvements, if it's possible at all, which I don't know

EDIT: also on the exit 552 there is a new service area, I found these photos of it (it's not in Google Maps yet)
Top

Crema Marfil Coto, Marrón Emperador is another very popular marbles, as are the different varieties of Spanish limestones and sandstones, like, Niwala Yellow, Niwala White or Capri, which are other varieties of stone which are highly valued in the international market.

Some newbie driver wrote: ↑
07 May 2020 14:09
And Portugal, if I'm right, is the main world producer of that material. So, Iberia will concentrate probably over 75% of the worldwide production of it an it's a product usually hauled on trucks.

You're totally right, I realised that after I posted it. I have a friend who used to work in international transport, a management job, and every now and then he would tell me how many cork or toilet tissue trucks he's managed to bring from Portugal.

. At the begining of this research topic I made a post about the A-8 motorway in northern Spain. There I mentioned a stretch in Galicia which was very prone to dense fog and had to be closed frequently.

I had the delightful chance to live in north-western Galicia for a few months, it shocked me how dark it was not so early in the mornings (around 8 am) in the last October days before the summer time zone change.
Top

Right now, if you travel through the Mediterranean corridor (A-7) you must drive very close to the city. Even so if you travel to the coast from the North of the province (A-30). They have been building for more than six months 2 new motorways that will withdraw traffic from the city borders (a reduction of 4000 trucks per day is expected), no finishing dates are available though.

New motorways are represented in bars:

As for today, if you are driving through the Mediterranean corridor (A-7) or heading to the Murcian coast you are very likely to drive through the Murcian beltways. A suggestion for main landmarks (coming from Alicante via A-7 and then switching to A-30 direction Cartagena): 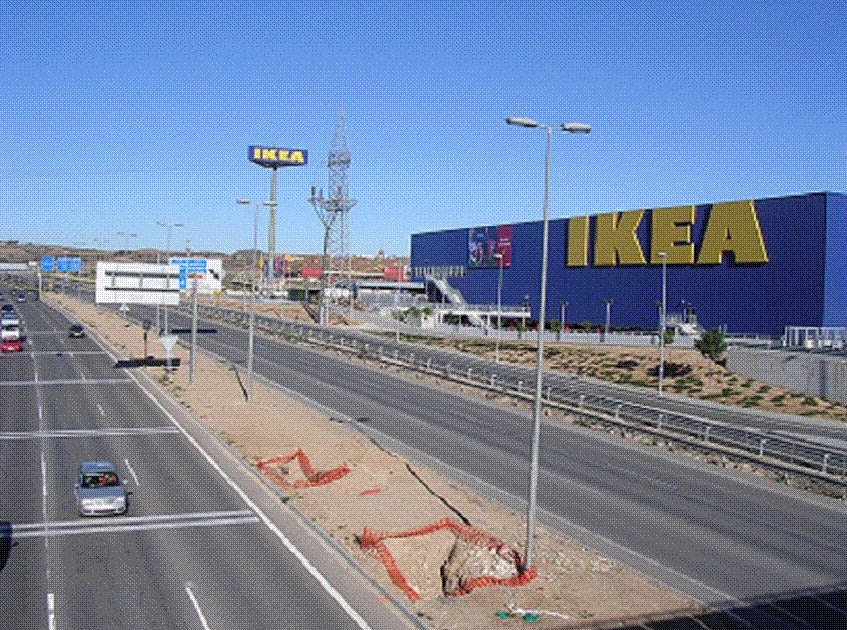 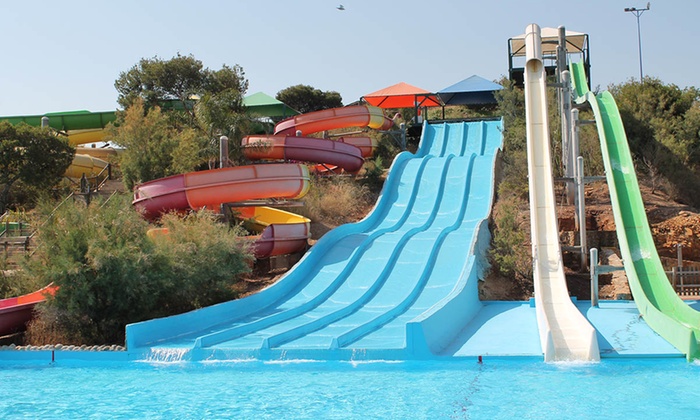 Espinardo skyline, there are a few modest tall buildings here and there around the city, especially around this recent commercial area

The motorway has sound barriers all over this area.

The Cathedral +river: the road is elevated in this section to go over the railroad, the Segura river and El Carmen quarter.
https://www.google.com/maps/place/37%C2 ... d-1.137179 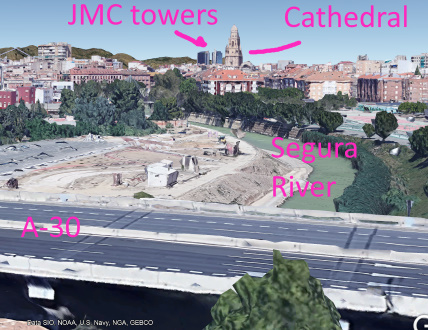 The city lies to the east of the road, the west side is very lush and has a much lower population density. 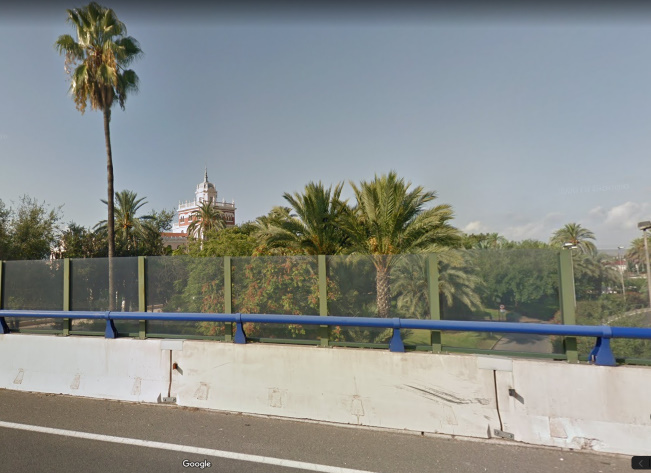 This area represents the end of the taller buildings. From now on it is huerta (detached houses+plantations) or suburbs. Irrigation channels here and there.
https://www.google.com/maps/@37.9672394 ... 312!8i6656

Fuensanta Sanctuary
It's located in the mountains, you can see it from almost anywhere in the city (unless buildings block your sight) https://www.google.com/maps?q=santuario ... AXoECAEQAQ

EDIT:
If you head West via A-7 you will find some other features, if I had to choose one it would be the Catholic University https://www.google.com/maps/place/UCAM+ ... 4774?hl=es 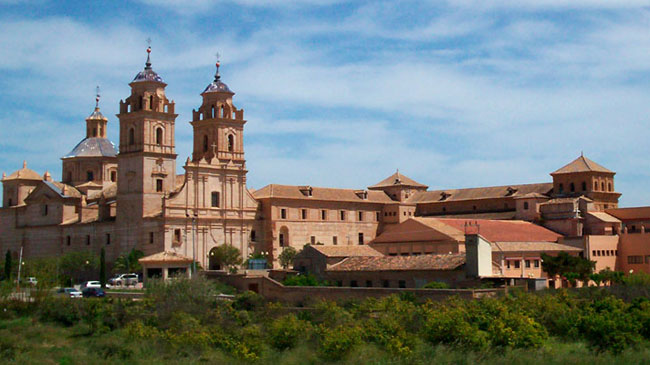 I had the delightful chance to live in north-western Galicia for a few months, it shocked me how dark it was not so early in the mornings (around 8 am) in the last October days before the summer time zone change.

Yeah, Spain is 1 hour behind sun time in winter and 2 hours in summer, and Galicia being in the extreme northwest of the country has that effect. Also, in summer the sun sets after 10pm, so you can see some light in the sky almost until midnight. I guess we'll see that in the game, as it's set in summer.
Top

There are a few touristic-historic trails that go along some roads in a few regions:

EL CAMINO DE SANTIAGO - Santiago's Way (it's a collection of roads that lead to the city of Santiago of Compostela, there are many roads depending of the origin of the pilgrims (Portugal, England or France). El camino de los franceses, the frenchmen's way, is the and most widely used (in summer it's nice to be in the northern half of the country, the southern half can be a real hell in some areas). This way normally is normally walked through secondary and tertiary roads and even paths through fields and hills, but you can complete it by car anyway.

Signposts (the symbol is a shell and or an arrow, the EU colours were adopted over the last decades) 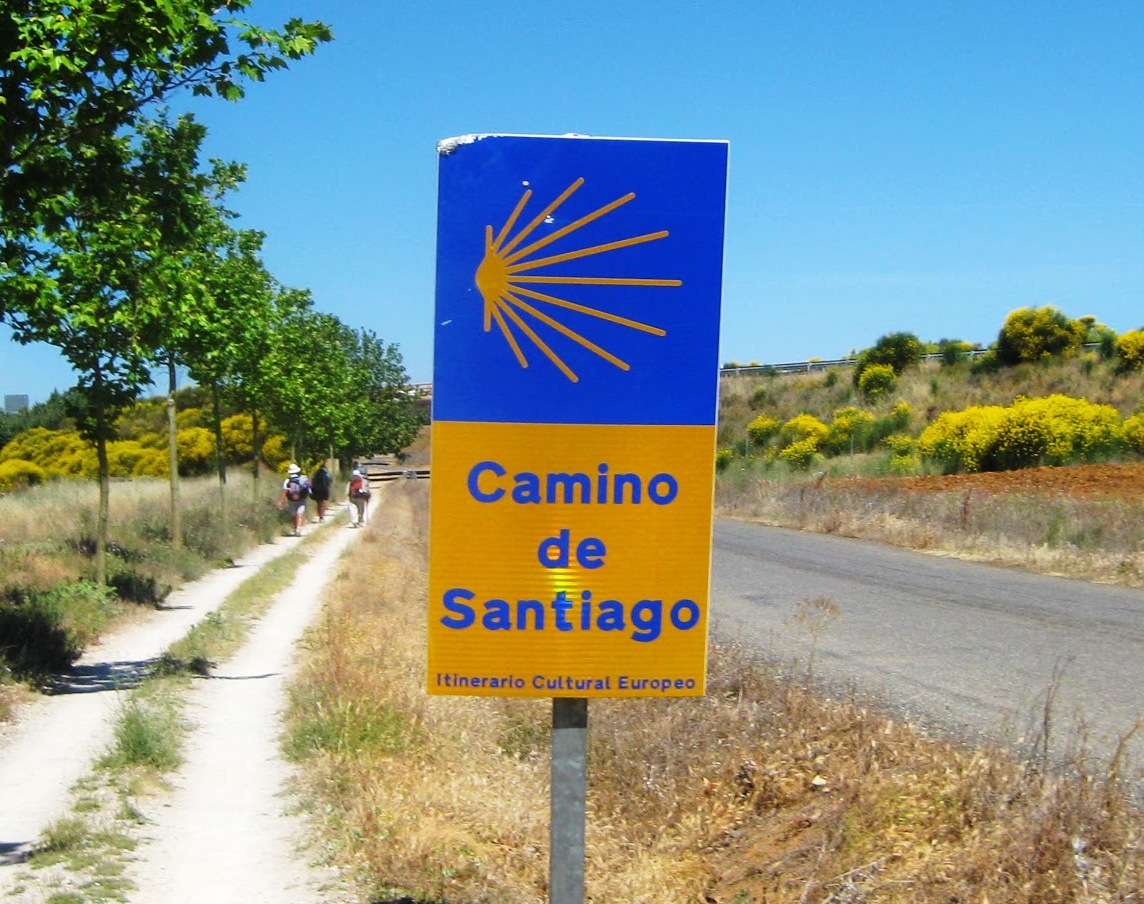 Cross of Santiago (it's a downwards sword covered in blood, by the way): 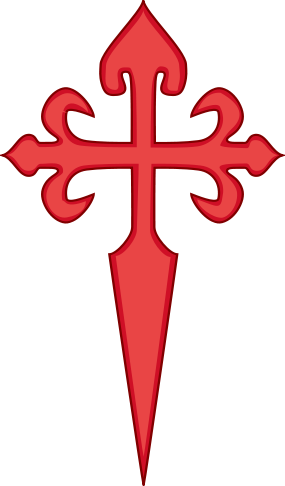 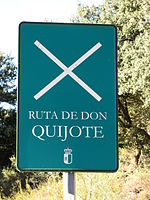 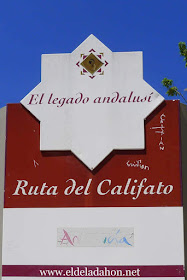 I just noticed that there are pleeenty of cultural routes, some of them are famous, some other not so much. There are a bunch of wine routes, and the Andalusians have their own system. Many of these routes are within a town, but others can provide you with ideas of what to add to the map.

Also, worth to mention is El Camino del Cid (a very important figure of Spanish medieval times), it can be done by car, motorbike, hiking or by bicycle, so you can find different ittineraries.

I can't find many in English, here you can find a few more in Spanish, although they are not very prolific (they take 5 or 6 roads per site):

The highest road, the most twisty road, the road with the best cliffs, the longest road N340, the oldest (?) road N630
https://www.eleconomista.es/ecomotor/mo ... spana.html

Totally Spain Travel website (this has the best ideas so far)
https://www.totallyspaintravel.com/2015 ... -in-spain/

You may know (or not) that US 395 is the route that goes east of the Sierra Nevada. East of it lies the desert.

Well, if you go to Spain and take A-395 it takes you to Sierra Nevada (with Tabernas desert to the east. A stands for Andalucía, it's a regional road. 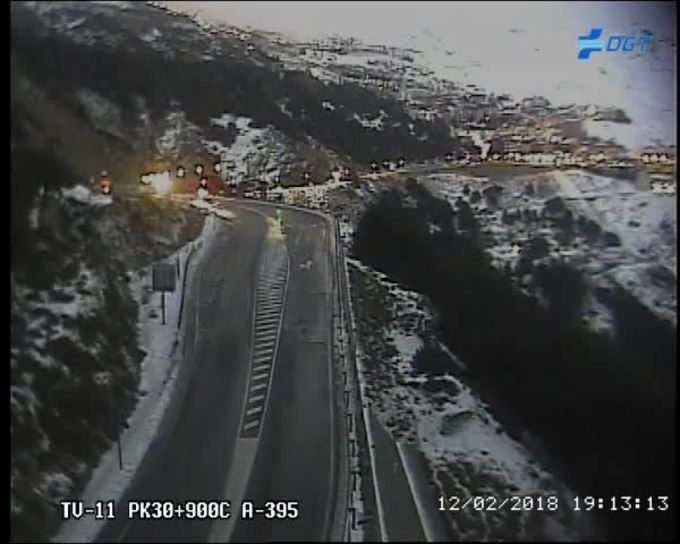