Sorry if this is not a bug, but i did ask elsewhere in the forums and havent received an answer yet. Then i did a different parking, and now it seems it is a bug. But, if im wrong, im sorry

I originally posted about this here : viewtopic.php?f=182&t=272686&sid=3a514f ... 0aeb0cd5ee
I thought i was missing something in the above thread, thats why i was asking about it.
I just did a job and chose the advanced parking, and it gave me the correct amount of xp. Being 40xp as you will see in the screenshots.
The easy parking method seems to be the bugged one, as it says it will give you 25xp, but instead only gives you 15xp without fail.
The only time i use easy parking is for the heavy loads, like the transformer,etc.

This screenshot is for the easy parking, saying i will get 25xp. 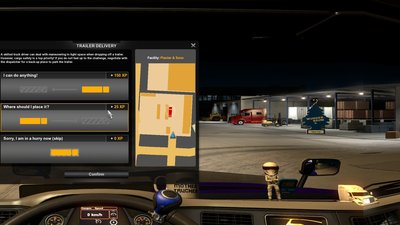 This screenshot is of the same job as above, but with the final results showing i only got 15xp.

This screenshot is for the advanced parking saying i will get 40xp. 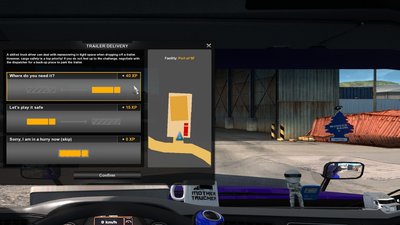 This screenshot is of the same job as above, but with the final results showing i did get the 40xp. 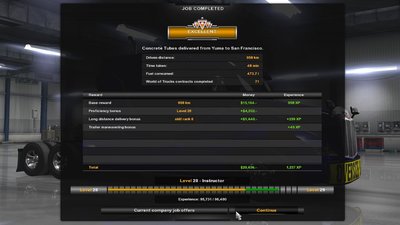 I am also 70% pretty certain its the same deal with ETS2. But i havent played it for a few months as i been playing ATS, so im not 100% sure. Im only about 70% sure

Version of game : 1.34
64bit
Reproducibility : Always
It doesnt seem to matter where in the game either. I've noticed the same thing across Arizona, New Mexico and California.