First of all, I really appreciate finally being able to own those kind of trailers, this is actually something me and many other people have been waiting for for a long time. However, being a truck driver myself IRL I've noticed some "legal issues" with the trailer cargoes.

1. Divisible loads
Transport exceeding the usual dimensions of 16.5m (+1.5m overhang) in length, 4m in height, 2.55m in width and 40t of weight obviously needs special permit. These permits are only granted for indivisible loads which means permits wouldn't be granted if the cargo could be transported using normal trailers. 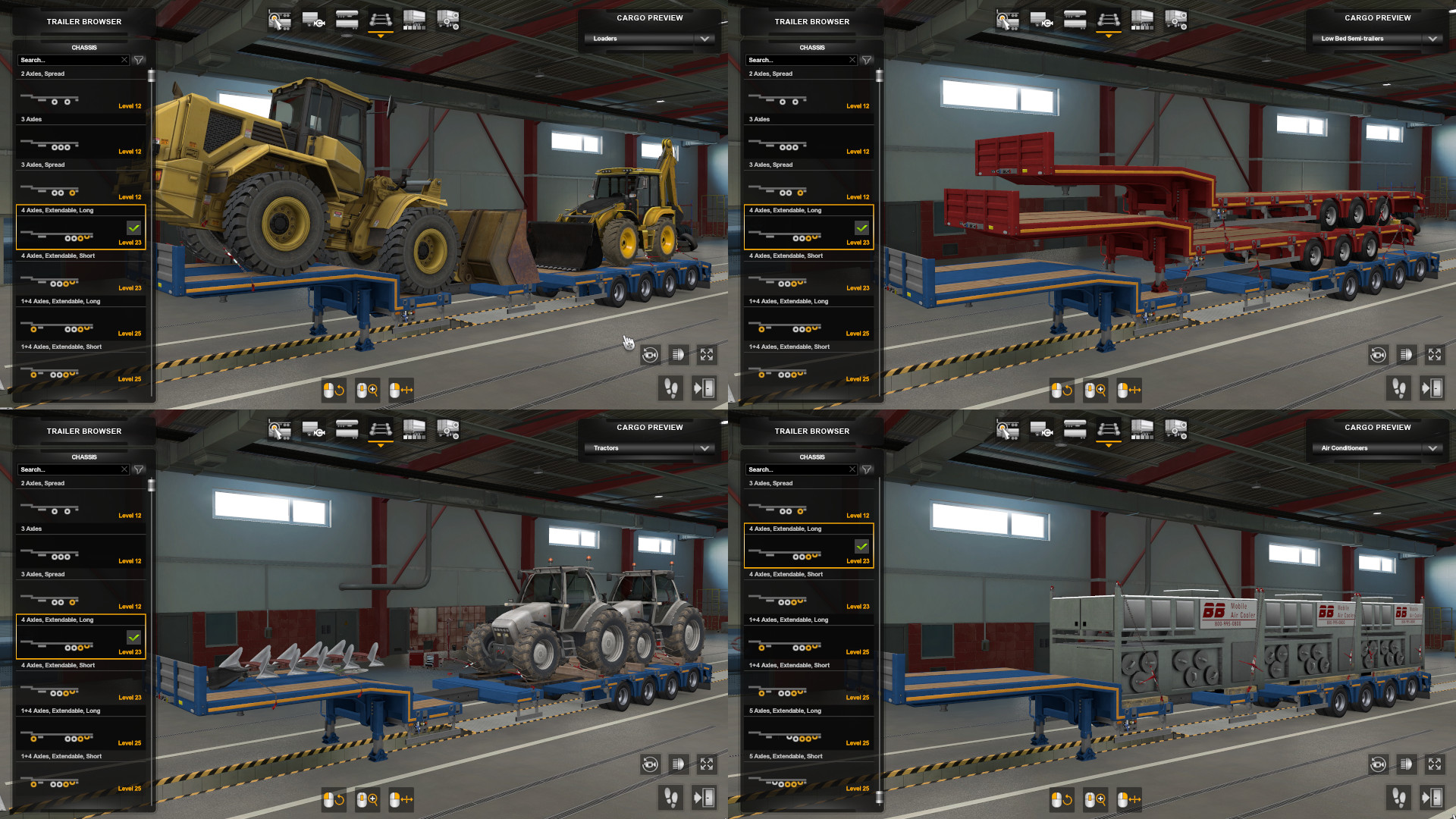 Just a detail about the divisible loads in lowbeds. Except the air conditioner one, the rest of them you picture can be hauled on non-extended version of the trailer (as we already did). So they fall mostly on the second category (unnecessary extended trailer). The AC units one it seems to me an error caused by "horror vacui". As there was too much empty space when the trailer was extended (like on your last 2 pictures); he probably though that adding another AC unit to fill the space and justify the extension would be appropriate (without knowing the detail that, legally, it would not be allowed).

Altogether what it seems to me is that the game isn't ready to force/limit one definition of cargo to an specific state of the trailer (if anybody knows better the inner, from modding for example, correct me if I'm wrong). I mean, it's a single lowbed or lowloader model; the extended or not is a property but not a different trailer. So, the game assigns you a cargo not considering if you have the trailer extended or not and the modelers have created all the combinations possible so no weird things could visually happen (even if that means that it will be technically weird)

if it were me, I would take the "Yacht" out of this trailer and put it on the low platform. 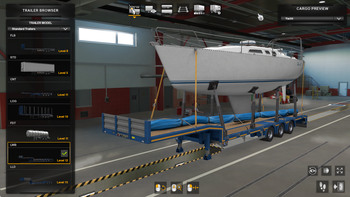 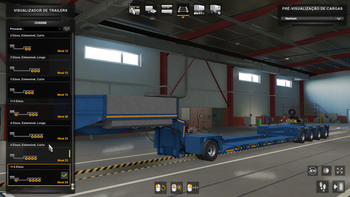 and the concrete beams for the "Yacht" place because of the height. 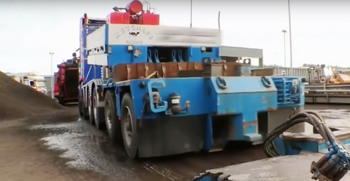 
I was watching a video and it said "convoy pro stream".

Thanks for your detailed post!
I had questioned the “legality” of these loads myself as we wouldn’t accept a delivery into our network with such loads on.
I believe they are just placeholders at present, the base game doesn’t have the kind of loads that would utilise these trailers efficiently so more would need to be added.
For example IRL I regularly have delivery’s of 30-60 metre long Rails such as Points or crossings (Railway Engineer by day),
Nice simple load - we’ve even had Telephone Masts piggybacking so there are a lot of little, yet long, loads they could implement instead!
N95JPL
GitHub

I sure hope so, but then I don't see why they made the effort to adjust the cargoes to all possible trailer combinations.

Anyway, there's so much more stuff that is more suitable to transport on these kind of trailers. I think SCS should look into construction and agricultural machines and vehicles, such as asphalt pavers, crushing plants, crane parts, various harvesters etc.
Top

I’m sure we will see newer cargos to fit properly soon enough!
We can sure hope so!
N95JPL
GitHub

I hope SCS WONT FIX this - those of you who know the details of cargo limitations per country are capable to select the right trailer, the rest (and I believe majority by far) want just to play without being confused "why the hell I cant use this trailer, its big enough for the cargo". Personally I drive only HCTs everywhere as a matter of prestige that I can navigate and park the biggest beasts without any damage - and I think Im not alone on this challenging road, so please do not limit us in available trailer/cargo combinations.
Top

I see your point, but you also can't drive HTCs all around europe without mods either, and SCS restricted them to where they're used IRL as well. ETS2 ist a simulation game after all and I do think they should stick to the laws as much as possible.
Top

Likewise, I prefer realism over my own ‘prestige’ - Mods can do whatever you want to a game but I believe the base game should be law abiding!

Hopefully they can resolve or explain the decision for clarification!
N95JPL
GitHub

working in logistics myself, I agree that some combinations are weird and not allowed. As explained before.
It would be better if the cargoes are reworked in a way that we have cargoes suited for non extended versions and cargoes for extended trailers.
But I am sure that we will see more and better fitting cargoes in the future as SCS did with the other ownable trailers as well.

To user Boy, who likes to see the beams at the sailing boat removed: Sailing boats are actually transported like this because the stabilizing fin part below the keel can't be removed. Still, it shouldn't be available at the low bed variant, just with the low loader.
EDIT: Attached a picture of a yacht transport. 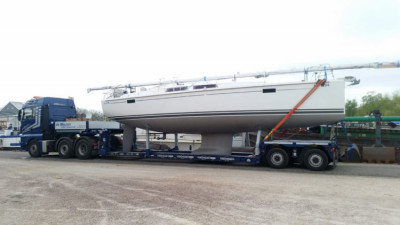