Make it an option,if possible.So people can pick the lounge or bed,depending on what they want.
Top

Yeah, that would work.

While we're at it, can we get a bed instead of a 3rd chair in the Magnum?
Top

mackintosh wrote: ↑
15 Apr 2021 14:14
Well, technically an argument could be made that neither Volvo nor Western Star are properly represented yet. Volvo okayed an old model that was more or less feature complete before ATS even launched, and Western Star elbowed itself to the front of the line with a spectacular opportunity that you just cannot say no to, but with a model that isn't really intended for long distance highway work. So while we have both manufacturers in game, we don't have their flagship OTR models.

By extension, you could also argue that International should also have the LT considering that it's by far their most common truck on the road. Not that I'm complaining about any of these three trucks, mind; 49X was a great opportunity and has a ton of options, the LoneStar is (love it or hate it) probably the most unique-looking truck we're likely to see, and the old VNL is common enough on roads that I'm glad they could still salvage it (compared to the Freightliner, which was never released.)

Still, a new WS has always been the most likely outcome just because we knew they had something from the brand prior to the 49X (unless they were lying and/or the situation deteriorated). From there, I'd probably say that the VNL and LT should be the highest priority, although admittedly I'm probably not going to complain about whatever they can get their hands on.
Top

Lonestar was first seen as a Maya render before ATS launched, so when approaching Navistar I assume this was the model they talked about first. Seems to me it's also the one SCS specifically asked for. Maybe if and when the LT does come Oscar will be able to tell us a little about it.
Top

Suprised no one has mentioned the old gen Cascadia. Even though it's not in production anymore. From what I believe is it still the most common model seen in NA and the fact that their was a model of it originally for ATS pre release could still make it a contender as well. Although there is a very slim chance of that happening now until SCS say something about it directly there is still the possibility of that model making it in game as well.

With the direction that SCS has gone with the truck releases atm alot of trucks that you thought were a write off originally are possible now imo.
Top

@howey well,i would like the previous gen Cascadia.That,and the International 9900i(which i believe is also not in production anymore).
Add to that the Mack Pinnacle(this one) : 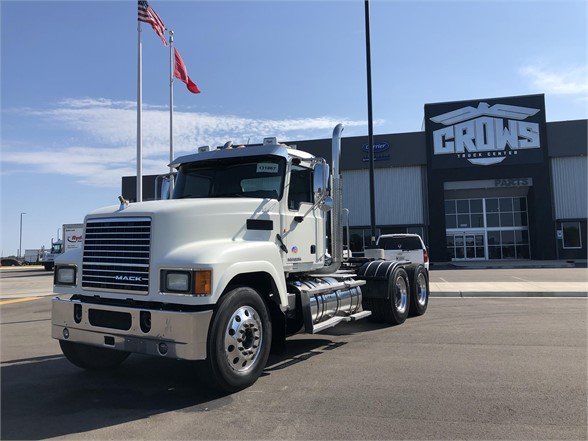 mackintosh wrote: ↑
15 Apr 2021 20:11
Lonestar was first seen as a Maya render before ATS launched, so when approaching Navistar I assume this was the model they talked about first. Seems to me it's also the one SCS specifically asked for. Maybe if and when the LT does come Oscar will be able to tell us a little about it.

What I say is mostly accurate.
If you've PMed me expecting a reply and didn't get one, you've disabled receiving PMs.

@Virgo91 I would'nt give up hope on those models as well entirely, still a possibility until said otherwise. Both the 9900i or Eagle as i know it and the Pinnacle were still in production until quite recently from what I recall?
Top

@Oscar Ah, but unlike us - you can find out