@flight50, really, don't waste efforts arguing with anxious ETS2 players. There will always be people that would not understand that it's USELESS and COUNTERPRODUCTIVE to release 2 betas of the same base code at the same time. That only diverts efforts, delays releasing dates and reduce the amount of bugs reported. But that people doesn't care because they don't give a * about nothing else than to view the new content sooner than others. Life time is too precious to keep losing time answering that kind of people.

And returning to the really interesting topic, I would say that if Iberian mountains are done in that same quality than those depicted for Colorado, you ETS2 drivers aren't going to go anywhere else on Europe for a long time.

xXCARL1992Xx wrote: ↑
26 Mar 2020 18:07
i dont know when they really started moving but 12th was state emergency, the 16th was country quarantine when i remember right

Early prevention was key at this point, especially with the amount of different ways people travel to work, my personal opinion is that this was a very smart move. For those wondering, the stream was originally meant to be about HS-Schoch, but was cancelled due to technical reasons, and then shortly thereafter we began working from home, so since then streaming has been up in the air.

Also, hype for Colorado! so happy you all get to have a peek of what is to come now. Never easy keeping secrets y'know

As seen on TV! Also Station Manager of Truckers.FM
Top

Hey @LondonLad, SCS could always start to release states in a weird shape map progression to hide a lot more its intentions.

You promise, lol. I was pretty hyped for fans that wanted Iberia sooo bad. That is the one that I too was most interested in since I started playing ETS2 Dec of 2016.

But yeah I hear you on wasting my time speaking to some. I just dislike seeing comments like that now. You know me, I always gotta say something, lol. I just try to make the obvious, even more obvious by pointing out what we do have. Everything happens for a reason. Patience is hard to get with SCS, I get it. It took me a couple of years since I started playing ATS summer of 2016. Once Oregon dropped, I kinda started to get the feel for how SCS worked. You gotta have patience for game development, otherwise, go make a game yourself if you can do better is the way I see it. We all want this and that, I get it. One has to learn to do other stuff to take the mind away. Heck, I am on here on the forums having more fun than actually playing the games themselves now. That's how I keep from going insane. Just talking about stuff is my hype. I don't get to play every either so I am good now. In 2016 I played daily for about 3-4 months after I bought ATS and I started getting burned out. I changed my plan of attack at that point and glad I did.

@LondonLad. Secrets, nah. Not when we have people on here that love game updates to look into the game files, lol. So removing the dds files only did so much good, lol.
*Poll: Choose Next 2 ATS States
*Poll: ATS Flatbed
*ATS Concept Map
*ATS Special Transport
*North American Agriculture
Top

Promised of course. But if you overheat your engine due so many ramps, there will be no refund.

I might get myself a new steering wheel soon.Not gonna be an high-end wheel like G29 etc...but a wheel that works.
Playing with a controller is fine for some months,but i need a new wheel.
Top

@alecwarper
I love this city because it is a prototype for one of the most iconic sitcoms in my life. I have never been against the natural beauty of nature, reproduced in games. Colorado is really a beautiful state, I will be moving with interest along its roads. I hope that the sitcom will not be the only thing that I will associate with this state.
P.S. You are also from Denver 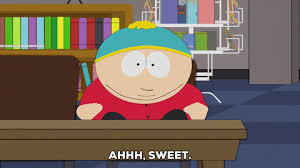 I wouldn't say a G29 is high end. But any wheel is better than no wheel at all. Especially if you are okay with driving trucks in Automatic. I started with a wheel and I know I can't play any other way. Get what you can afford though man. I'd always recommend anyone to play with a wheel.


Crap, the embedding doesn't work. Just use the links below the video. If this stretch of road alone doesn't pump you up, I don't know what will, lol. Colorado is definitely the one state that people don't want to skip on. I know everyone is waiting on Texas, but don't sleep on Colorado. I love me some Texas but Colorado is that one state I wanted sooooo bad for the longest. Its finally coming and hopefully this year. I just hope SCS gives it justice with the elevations that it actually has.
Last edited by flight50 on 26 Mar 2020 21:59, edited 4 times in total.
*Poll: Choose Next 2 ATS States
*Poll: ATS Flatbed
*ATS Concept Map
*ATS Special Transport
*North American Agriculture
Top